Instructions for use "Magvita": a description of the drug, reviews

What are magnesium preparations for? This element is very important for the human body. With its lack, not only the heart and blood vessels suffer, but also other systems and organs. 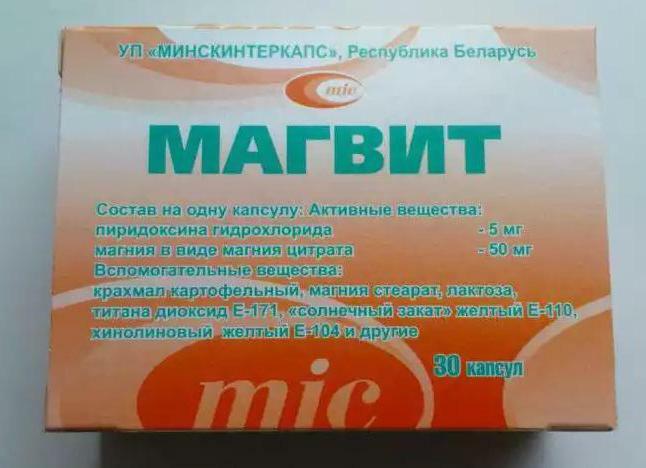 The most popular magnesium-containing drug is Magvit. Analogues of this tool, its cost and instructions are presented below.

In what form is the preparation under preparation? What does the instruction for use say?"Magwit" is a hard gelatin capsule with a size of 0.They are yellow and contain a white powder.

Magwit capsules are issued, the price of which is indicated below, in the cell outline packages and carton boxes.

How does the medication in question work? What information does the instruction manual contain?"Magvit" has a high efficiency, which is due to the properties of pyridoxine hydrochloride and magnesium.

Magnesium is known to be involved in the utilization, storage and transfer of energy, as well as the synthesis of nucleic acids and protein. This element controls and normalizes the balance of intracellular potassium, is a cofactor of mitochondrial processes and enzymatic reactions. 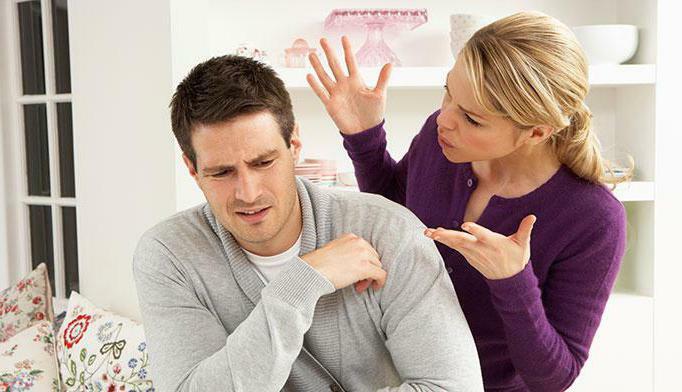 Magnesium preparations are especially important for the brain. This element is a mandatory participant in the synthesis of all neuropeptides, RNA transcription and DNA replication.

As for pyridoxine hydrochloride, this substance takes part in the synthesis of neurotransmitters and protein metabolism, and also improves fat metabolism in atherosclerosis. After entering the body, it is phosphorylated and converted to pyridoxal-five-phosphate. Also this component carries out reamination and decarboxylation of amino acids and transports them through cell membranes.

Pyridoxine hydrochloride is involved in the metabolism of glutamic acid, tryptophan, methionine and cysteine. It is necessary for the activation of phosphorylase and the formation of gamma-aminobutyric acid, neurotransmitters, serotonin and glycine. The element under consideration promotes the metabolism of vitamin B12 and folic acid. It takes part in the exchange of fatty unsaturated acids and the synthesis of porphyrins.

What properties does the Magvit drug have? The intake of this combined agent is justified by the following reasons: 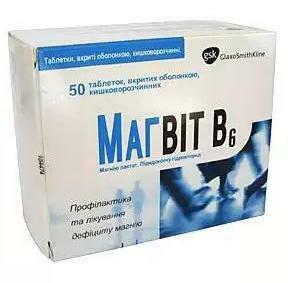 How and where is the absorption of the agent in question? What does the instruction for use say?"Magwit" is absorbed from the digestive tract. Its absorption is 50% of the dose.

In the human body, magnesium is distributed in the intracellular space, and is excreted through the renal system.

Pyridoxine hydrochloride is absorbed from the small intestine. Together with the flow of blood, it spreads through the tissues and penetrates into the cells. There, vitamin B6 is phosphorylated by pyridoxalkinases and ATP.

The decomposition of coenzymes occurs by oxidation and dephosphorylation in tissues. Its product of catabolism is four-pyridoxic acid. It is excreted from the body together with urine. 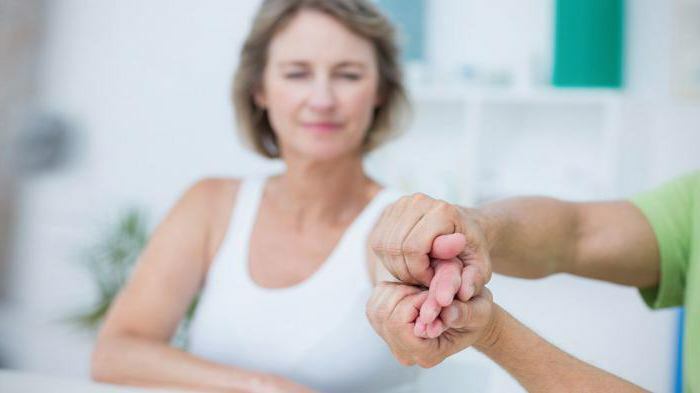 When should I use Magwit? The reviews state that this remedy is prescribed only if there is a deficiency of magnesium, isolated or associated with other human conditions.

The drug "Magvit"( B6 + magnesium) can not be taken with increased sensitivity to its ingredients, pronounced renal failure, in childhood and in phenylketonuria.

With caution, this remedy is recommended for use with moderate kidney failure. This is due to the fact that there is a large risk of hypermagnetism.

"Magwit" should be taken only after consultation with the doctor. For adults, two capsules are administered orally three times a day. The duration of the course of treatment with this remedy is 30-60 days.

These capsules are taken only during meals, washed down with plain water. After the concentration of magnesium in the blood is normal, therapy should be discontinued. 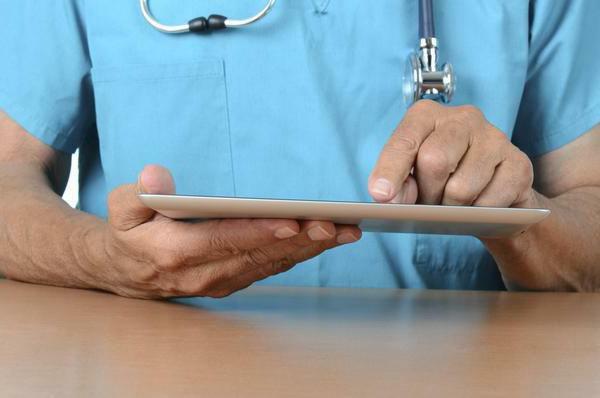 For the treatment of such conditions, rehydration and forced diuresis are performed.

In the presence of renal failure, peritoneal dialysis or hemodialysis is required.

This agent may cause allergic reactions. Also, disorders on the part of the digestive tract( for example, diarrhea, nausea, abdominal pain, vomiting, constipation or flatulence) are possible.

Interaction with other medicines

When prescribing the drug, "Magwit" should always inform your doctor about the use of other medicines, as they may be incompatible.

The parallel use of tablets containing calcium salts or phosphates can significantly reduce the absorption of magnesium from the digestive tract.

Magnesium-containing agents reduce the absorption of tetracycline. Therefore, before using the capsules "Magvit" should always observe the interval of 3 hours.

Magnesium is able to reduce the absorption of iron, as well as weaken the action of thrombolytic agents for oral administration. 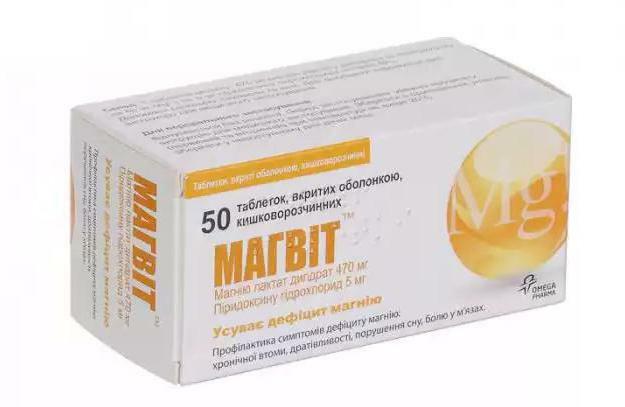 According to experts, magnesium penetrates into the mother's milk rather well. Therefore, the use of the agent in question during breastfeeding should be avoided.

With concomitant calcium deficiency, the lack of magnesium in the human body should be eliminated before the introduction of Ca preparations.

With regular use of laxatives, alcoholic beverages, and also with increased mental and physical loads, the need for magnesium in the patient increases. This can lead to the development of its lack in the body.

This product has a shelf life of two years. The drug is prohibited to use later than the period indicated on the packaging.

The medicament in question is stored only in a dry place inaccessible to children and protected from the sun at a temperature of 15-28 degrees.

How much does a drug like "Magwit" cost? The price of this complex is about 450-550 rubles. If this drug is not available in pharmacies in your city, it can be replaced by one of the following means: Magnelis B6, Magnesium plus B6, Magnerot, Magnesium-Diasporal 300.

The listed medicines have their own characteristics. Therefore, they can be used together with "Magvit" only on the recommendation of a doctor.

The drug "Magvit" is not the most popular drug containing magnesium and vitamin B6.However, there are a lot of reviews about it. 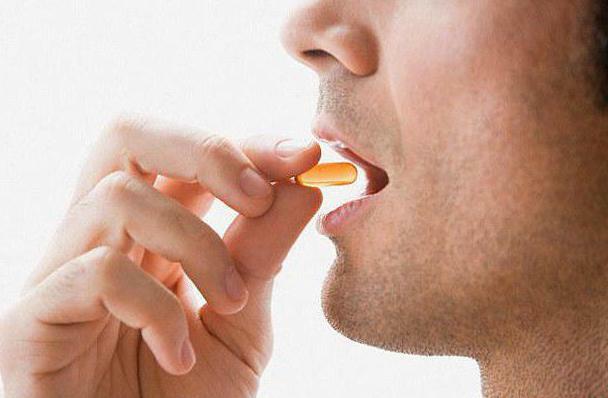 According to the opinion of consumers, this medication effectively copes with its task. It eliminates the deficiency of magnesium in the body, which immediately affects the overall human condition.

It should also be noted that there are negative reviews about the drug in question. Some patients claim that taking this medication often causes them to have disorders in the digestive system. Moreover, many consumers are extremely unhappy with the price of this product. In their opinion, it is too high.