Pneumothorax: what is it? Causes, Symptoms and Treatment of Pneumothorax

Pneumothorax is a disease in which air gradually accumulates in the pleural cavity. This condition requires immediate hospitalization. This article provides information on the topic "Pneumothorax: what is it?", The causes and symptoms of pathology are examined.

The lungs in humans function fully when the pressure in them is higher than in the pleural cavity. If the air gets into the latter due to some reasons, this figure increases noticeably. Lungs to this disorder react with a change in size, which causes shortness of breath and other symptoms due to oxygen deficiency.

In medicine, this condition is called pneumothorax. Usually it occurs in young people under the age of 40 years. When symptoms of worsening of the general condition of the patient appear, it is necessary to hospitalize urgently. Otherwise, the probability of life-threatening complications increases. 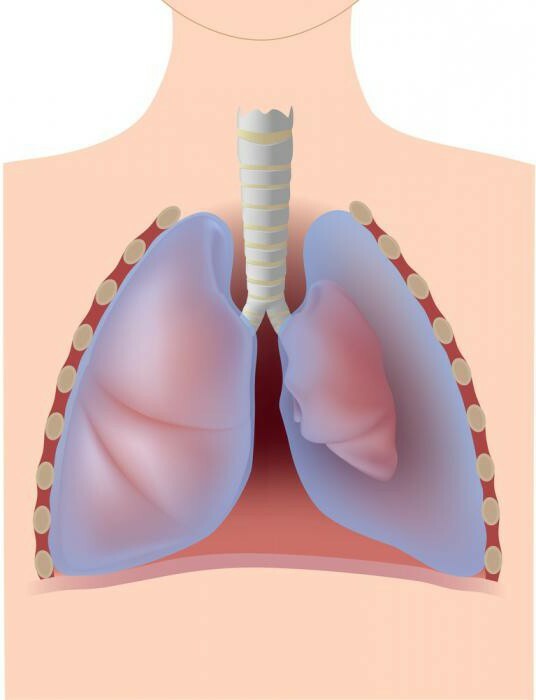 Causes and types of the disease

How does pneumothorax develop, what is it? The disease occurs against a background of many causes that determine its specific form. Proceeding from this, physicians distinguish the following classification of pathology:

The presented classification allows to correctly diagnose "pneumothorax" and to prescribe adequate treatment. 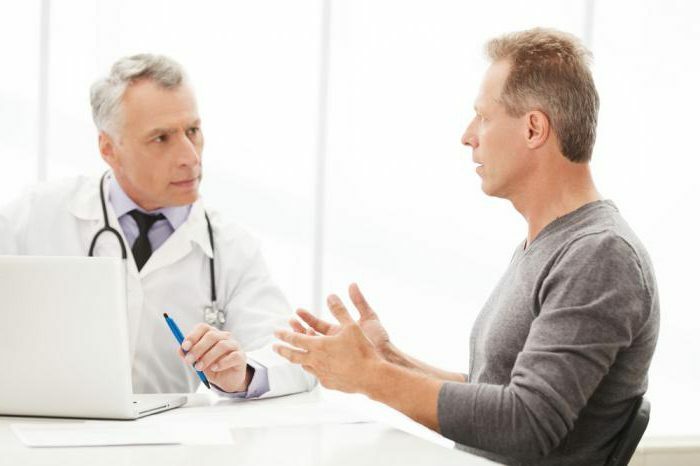 Clinical picture of the disease

Pathology begins its development with the emergence of acute pain in the chest that can give to the neck or upper abdomen. Discomfort is felt during breathing or physical exertion. As the progression of the disease appears stiffness in the chest, a person feels a shortage of air. This is due to the increasing pressure in the pleural cavity and compression of the lung. There is also shortness of breath, shallow breathing, which does not bring the desired relief.

Acute lack of oxygen leads to pallor of the skin. In addition, there is a rapid heartbeat and excessive sweating. 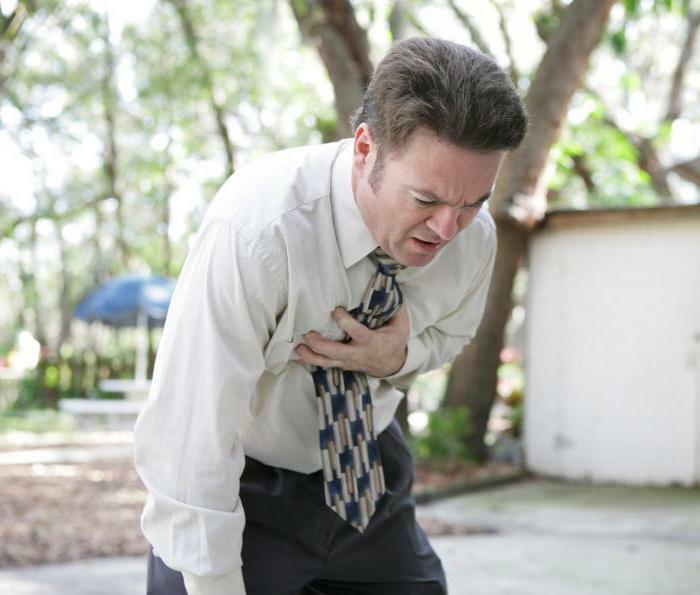 The presence / absence of communication with the environment allows the classification of the disease according to the following forms:

Depending on the volume of air in the pleural area, a limited, medium and total pneumothorax is released. In the latter case, the lung accounts for less than half the normal volume.

Features of the disease in children

Pneumothorax in newborns may occur immediately after the first few sighs. In this case, it is a spontaneous form of the disease. It develops with uneven spreading of the lungs, which is usually due to malformations of the baby. In children under three years of age, this condition can be a complication of pneumonia. In adolescence, such a disorder occurs during a cough with another attack of bronchial asthma.

Pneumothorax in children may not appear clinically. Sometimes there is a short-term stop of breathing, in more serious cases - cyanosis of the skin, cramps, rapid heartbeat. Principles of treatment are the same as in adults. 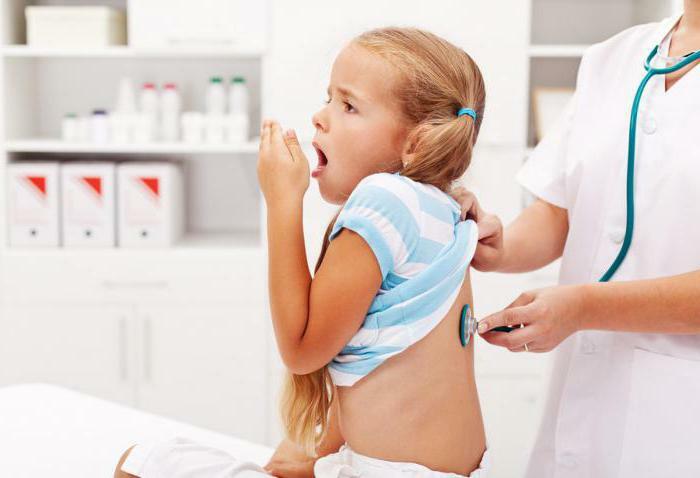 Well-timed and timely diagnostics are extremely important in case of suspected pneumothorax, since this condition often gives complications. To confirm the disease, the appearance of the patient plays a special role, which usually combines all the symptoms of pathology described above. In addition, a person is forced to take a certain posture( sitting or half-lying position), then pressure in the pleural cavity is not felt so much.

For the diagnosis of physical examination is not enough, so patients are prescribed a chest X-ray for suspected pneumothorax. What it is? This study is highly informative and allows you to identify the affected areas, the edges of the asleep lung.

Radiography is not the only method of diagnosis. If suspected of pneumothorax, computer tomography, a blood test for gases, electrocardiography is also prescribed. 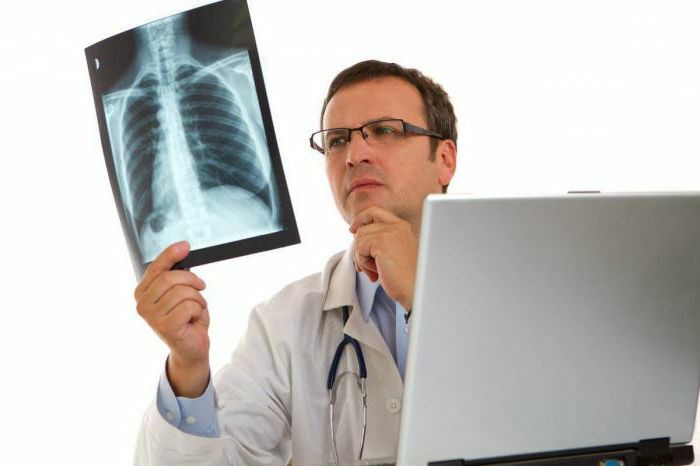 Pneumothorax is considered an emergency. Everyone should be able to provide emergency assistance to the victim: calm him, provide access to oxygen, call a team of medical workers.

If there is an open pneumothorax, the dressing is applied in such a way as to hermetically seal the defect in the wall of the sternum. In an emergency situation, in the absence of sterile materials, you can use improvised means( shirts, T-shirts).The cleanest part of the tissue must be applied directly to the wound itself. To seal the affected area, cellophane or polyethylene is applied over the dressing.

Valve pneumothorax requires a pleural puncture for the patient to remove free gas, eliminate the displacement of the mediastinal organs and spreading of the lung.

It is important to simplify the patient's breathing process as much as possible. To do this, it must be laid on an elevated surface. In case of fainting, you should bring a person to life. When there is no ammonia at hand, it can be replaced by any agent with a sharp odor( perfume, gasoline).After first aid should be given to a team of medical workers. 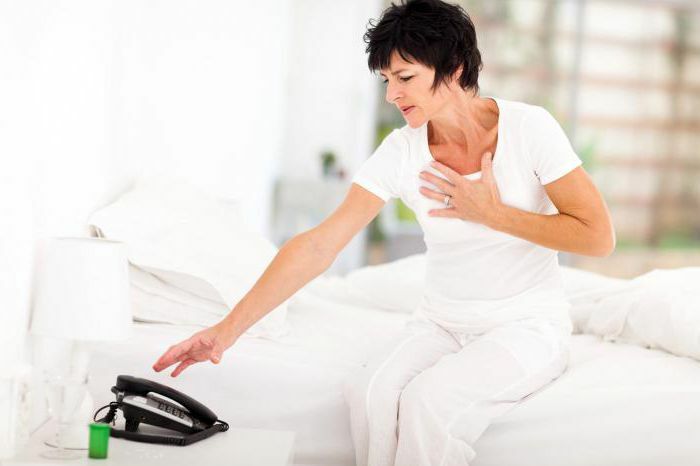 Treatment in a hospital

Patients with pneumothorax must be admitted to hospital without fail. In a hospital, specialists make a puncture of the pleural cavity, which leaves excess air. Treatment directly depends on the specific form of the disease.

Conservative therapy is relevant in the case of a closed small pneumothorax. The patient must provide bed rest, if necessary, prescribe pain medication.

With the total variant of the disease, a drainage is installed in the cavity of the pleura. This is necessary to prevent shock reaction and recovery of the lung.

If the patient has an open pneumothorax, the assistance provided before the arrival of the medical team can save the patient's life. The main task of doctors is to translate pathology into a closed form. To do this, the wound is sutured, as a result of which the penetration of air into the pleural cavity stops. Further, manipulations similar to those required for the diagnosis of "closed pneumothorax" follow.

After surgery, the patient is recommended to completely abandon physical activity within four weeks. Airplane flights are prohibited for 14 days from the date of treatment. Doctors advise not to engage in diving and other active sports. All this causes pressure drops.

The outcome of the disease largely depends on the patient's age and sex, the presence of complications and related ailments. Spontaneous pulmonary pneumothorax, which occurs against a background of hereditary predisposition, is characterized by a favorable outcome.

In 20% of patients, relapse of pathology is observed, especially if it is caused by a primary disease. Dangerous is a person's condition when the pleural cavity is filled with air from both sides. This usually entails acute respiratory failure and death. The bilateral form of pneumothorax is characterized by a favorable outcome in only 50% of cases. This indicator is strongly influenced by the timeliness and quality of first aid. 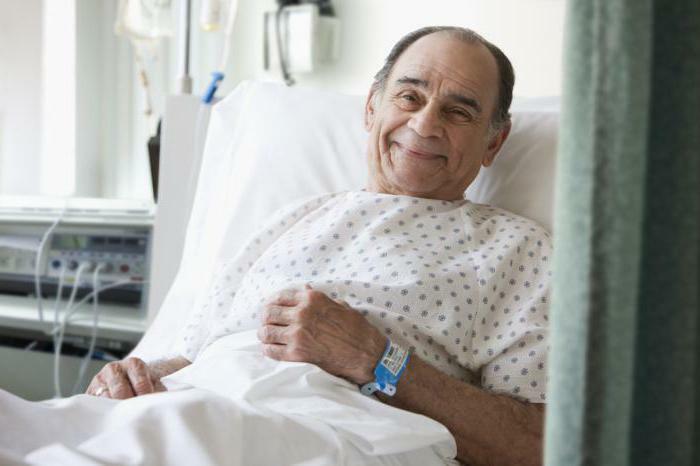 Approximately half of those affected by this disease develop various complications. Among them, the most common is bleeding into the pleural cavity, which in most cases has a favorable outcome. With extensive blood loss, doctors fix the patient's death. Even if it is possible to normalize the patient's condition, the risk of cardiac and respiratory failure increases. Both these states are life-threatening.

In the case of a traumatic pneumothorax, there is a risk of infection of the wound and the formation of subcutaneous emphysema. The air gradually penetrates into the subcutaneous fatty tissue, which is already a dangerous condition. Another complication of this pathology is the inflammation of the petals of the pleura. It is accompanied by a vivid clinical picture and requires thorough treatment.

There are no specific methods of disease prevention. To prevent this pathology, doctors recommend adhering to a healthy lifestyle, giving up bad habits, treating ills in a timely manner and spending more time outdoors.

From the materials in this article, you learned why pneumothorax develops, what it is, what are its main symptoms. When there are primary signs of pathology, one should not panic. Pneumothorax is not a verdict, most patients successfully cope with such a diagnosis. Timely and high-quality treatment can stop the pathology, prevent the development of complications.