Svayer syndrome: features of the disease and treatment options

Svayer syndrome is a fairly rare congenital disease, the development of which indicates a violation of the structure of the yerk chromosome( it is a question of the absence of a specific gene or its isolated mutation).

As a rule, the immediate cause of the disease is a point mutation of a particular gene located in the short arm of the yerk chromosome, or the complete loss of this gene. This region of the chromosome is responsible for the synthesis of the protein that takes part in the development of the sex of the embryo in the male type. As a result, since the effect of male sex hormones is absent, the fetus remains the only option - to be formed according to the female type. As a result, the child born has a female phenotype with the karyotype "XY". 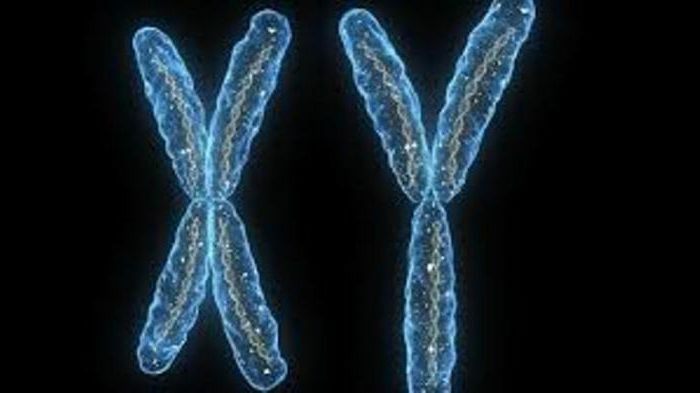 Mutation or absence of the SRY gene leads to a malfunction in the differentiation of Sertoli cells, and, as a consequence, to the underdevelopment of the seminiferous tubules.

As a result, despite the "male" karyotype of XY, the genitals of the fetus are laid and formed according to the female type.

Until the onset of puberty, signs of Swayer's syndrome are outwardly virtually indistinguishable. And only in the process of growing up girls are beginning to manifest certain features: 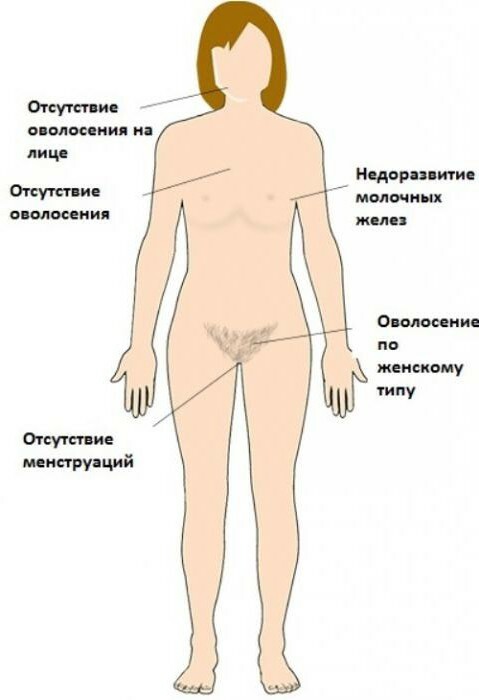 In the vast majority of cases, the disease is diagnosed at the age of 15-16 years, during puberty, when it becomes obvious that the patient does not have secondary sexual characteristics.

At the same time, girls who have such a mutation, reaching this age, begin to contact the gynecologist with complaints of a delay in the onset of menstruation.

Sometimes the diagnosis is due to dysplasia and malignancy of the underdeveloped gonads.

The diagnosis of "Svayer syndrome" is based on the following factors:

However, confirmation of the diagnosis is possible only through the study of sexual chromatin, which reveals the presence of a male karyotype in the female phenotype.

Treatment of the Swayer syndrome is carried out in several ways.

This disease should be distinguished from the similar in name of the Svayer-James-McLeod syndrome. This condition, like the lymphangioliomyomatosis, which is similar in manifestations, is a pathology that affects the lung tissue. Svayer syndrome and lymphangioleiomyomatosis are different diseases.