The liver is the most important organ in the body, which performs many vital functions. And any changes in this body affect human health and can be the cause of serious diseases that are associated not only with the gland.

Often people do not think about the health of their liver, until serious problems begin in the body. Many changes are irreversible, horrible and even lethal, so it is extremely important to take care of this body. In addition, the cause of many diseases is liver failure, which leads to a general intoxication of the body.

Those who care about their health, probably heard or read about a program such as cleaning the liver "Allochol."14 days, in the opinion of those who tried this technique, it is enough to completely cleanse the body and improve health. Whether this is so, what are the contraindications to the application, whether it is safe and whether it is worth cleaning the liver at all - we will sort out in order. 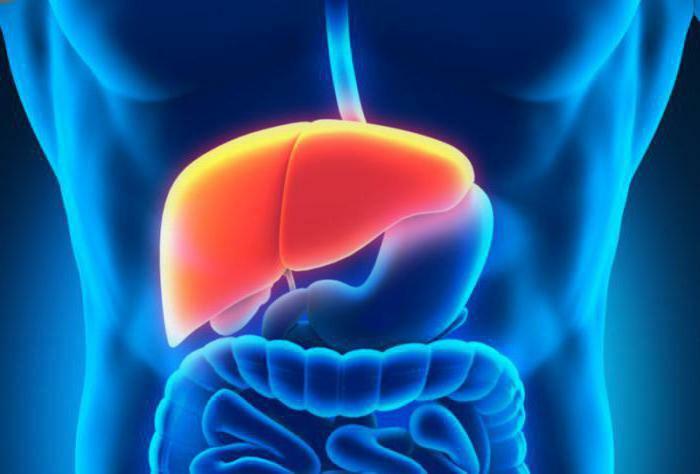 Many substances enter our body, and not all of them are useful. Even with the use of a vitamin rich food, they can get into the stomach and toxins, bacteria and many other harmful and dangerous compounds along with it. And do not assume that eating "ideal" food, you will protect yourself from harmful substances: toxins can get into the blood and from the air, and even through the skin.

One of the main "fighters" with negative influence of harmful substances on the body is the liver. In this gland, the blood is purified, which is necessary for life.

In addition to detoxification, the liver produces hormones, antibodies, distributes useful substances in the body, and participates in the digestion process. This body has a lot of different functions, without which we would not have survived. That is why liver health is very important, and the diseases associated with it must be carefully cured.

Why clean the liver?

Since our "natural filter" is constantly working for the benefit of the body, it can not be overloaded. Synthesis and purification occurs in the liver constantly, and loading it with extra work, we are very risky with our health.

When a person overloads the liver, first of all, problems with the stomach and intestines begin. Well, when "malfunctions" begin in these parts of the body, then other organs begin to suffer from an overabundance of harmful substances.

This is especially true after the winter - when there is no possibility to eat fresh vegetables, people eat a lot of meat, fatty and fried foods. In addition, during the holidays, a heavy New Year's menu is added and various alcoholic beverages, the substances that poison the body. The liver simply can not cope with the task, because of what begins to accumulate poisonous substances and various toxins. Also problems with this gland begin after the intake of potent drugs. Create a drug that would act only on one body and did not damage the rest is impossible, so almost all the "serious" drugs have a bad effect on the operation of the natural filter.

Even those who lead a healthy lifestyle and monitor their diet are not immune to a decrease in liver function. Often the body absorbs harmful substances for years, which are not output to the end, but nobody is engaged in cleaning because of ignorance.

What causes stagnation in the liver?

Symptoms of "clogging" the liver

The liver does not always hurt, because there are no nerve endings in it. But in any case, problems with this body affect all others, and often cause many diseases.

With stagnation in the gland, a person has such symptoms:

These symptoms are characteristic of many diseases, which is why often people do not associate changes in health status with problems in the liver. 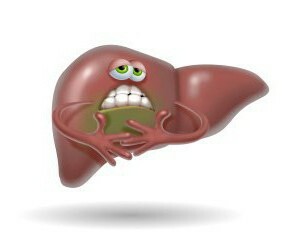 How to clean the liver?

There are many recipes and schemes for cleansing the liver. But, alas, not all of them are safe for health, and many are capable of leading to complications.

Before starting any procedure, consult a physician. Almost all methods of cleansing the liver are designed to increase the amount of bile in the body, and in some cases it can be deadly. In addition, there is a great chance that you will have an individual intolerance to any substance or drug that is used to clean the liver.

Before beginning any cleaning, you need to switch to a vegetable diet, not to eat heavy food and alcohol. To clear the liver, you need to cleanse and intestines, since there will not be a proper effect otherwise. Follow the diet for 1-3 weeks before the beginning of cleansing.

The day before you decided to start a program for cleaning, it is better to exclude from the diet solid food and drink natural juices.

Contraindications to cleansing the liver

Also, all recipes for cleaning the liver at home have contraindications, which must be read before the procedures begin. But even if there are no instructions in their instructions, it is better to consult a doctor to find out about the peculiarities of using this or that remedy. 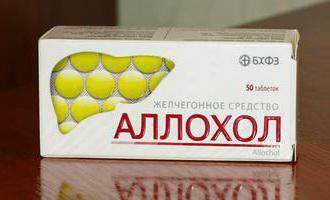 In many home folk methods of liver cleansing, the main idea of ​​the procedure is to increase the production of bile, which, in turn, must "pull" toxic substances behind it. At the same time, metabolism improves, which has a positive effect on liver function. However, as a matter of fact heavy metals and the rests of toxins thus to not deduce.

And in many recipes there is "Allochol".For the liver, this drug is really useful, contributes to many improvements in the body. But, on the other hand, the use of only this drug of the proper effect will not give, and possibly worsen the state of health.

Also, many who "cleaned" this drug, have an allergic reaction, because of what the cleaning program had to be interrupted. Therefore, before starting to use, consult a doctor and read the composition.

The drug performs 2 functions: choleretic and reflex. Getting into the body, the drug increases the production of bile in the body. She gets into the intestines and causes spasms, which improves digestion. Since the composition contains dry garlic, the intestine stops fermentation, due to which the problem of flatulence disappears. Regardless of the purpose for which you are using Allochol, contraindications should be carefully examined to avoid dangerous consequences.

Here is one of the most popular recipes for cleaning both the liver and the body as a whole - a recipe that is designed for 2 weeks of intake. According to many, this program is the most effective, but there are those who did not like such a liver cleaning "Allochol".Reviews are various.

No special preparations are required. All you need is to take "Allochol" according to the scheme:

This "killer" dose dramatically increases the production of bile, which improves the functioning of the intestines and the gastrointestinal tract as a whole. In the description of the procedure, nothing is said about diet compliance and there are no specific instructions on how to eat before, during and after the program.

Many of this technique is alarming because of the increased dosage: on the 7th and 8th day it turns out that you need to drink 21 tablets a day. This is really a great dose of the drug, and on these days even fans of this method note that unpleasant symptoms appear: diarrhea, stomach pain, spasms. And for some reason, many patients take these symptoms for signs of liver cleansing, although in fact it is not. With severe pain, they advise taking painkillers, but in fact it is necessary to stop taking "Allochol".This should also be done with increased body temperature, blood and other serious symptoms.

In addition, according to this method, it is necessary to take "Allochol" before meals, and the instructions indicate otherwise. The fact is that increasing the production of bile increases the acidity of the stomach. And if at that moment there is no food in it, then the gastric juices can begin to eat away the tissues.

Digestion improves, frequent urge to go to the toilet, which is why many believe that the liver cleaning "Allochol" begins. Feedback from those who have tried this method is positive, but many argue that on the 7-8th day terrible diarrhea begins. Alas, the use of the drug even in such doses does not contribute to the complete cleansing of the liver from toxins and poisons.

In some cases, the use of the drug has a negative effect."Allochol", contraindications to which are not too extensive, but serious, due to the choleretic effect can dramatically remove the stones from the body, and if they are large, they can clog the duct. Also, many people mark the onset of allergic reactions to the drug.

Method of the second

There is another method that is more likely to help get rid of liver problems. It requires more procedures, but it creates the desired effect in just 3 days.

Early in the morning it will be necessary to make a large cleansing enema, all day to eat only fresh vegetables without anything. Then gradually return to a normal diet. 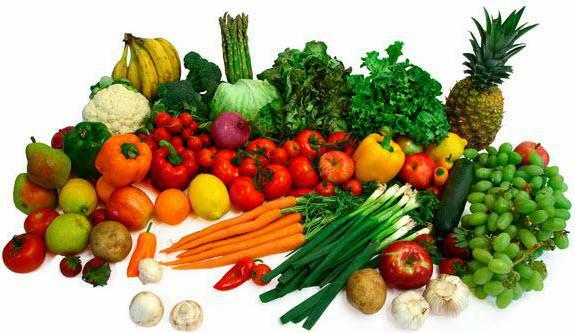 This method is more effective than cleaning the liver "Allochol" 14 days, but it has the same contraindications. In addition, after this method it is necessary to adhere to a healthy lifestyle, otherwise there will be no sense from the procedures.

It is not recommended to take alcohol while using the drug, because side effects such as diarrhea and pain are possible. Also, during pregnancy, it is important to consult with your doctor before you start taking it.

The drug is also used for weight loss, or rather - the normalization of digestion. To do this, within a month, take 1 tablet of "Allochol" 3-4 times a day after meals. Continue taking the drug without a break is impossible - after the course you should give the body to rest for 4-8 weeks.

Like any other medicinal product, "Allochol" has its indications for use. In general, in the absence of contraindications, and also if the recommendations for use are observed, the drug will not cause harm.

Cleansing the liver with Allochol( 14 days) - the program is unsafe, besides not very effective. Of course, the body will be cleansed of stagnation in the intestines, but the liver will not clear - heavy metals and toxins will remain in it. In addition, during the application you will be accompanied by diarrhea and pain, and if you take the drug on an empty stomach, it is possible and the appearance of a stomach ulcer.

The drug "Allochol", instructions for use, the price and other information about which is discussed in this article, is fairly well known. But for some reason those who tried the cleansing program often did not even bother to read the instructions. But, fortunately, the information in the inserts was read by those who wanted to try to clean the body in such a way, because of what many refused this idea. Today there are other, more sparing and proven ways than cleaning the liver "Allochol" at home. In order to find out which ones are right for you, you need to see a doctor - he will inspect and create an individual program for you. In many private medical institutions there are a number of procedures aimed at cleaning the liver of patients from toxins and harmful substances. There, under the supervision of doctors, you will really help and do everything to ensure that your natural filter works great and does not fail even after New Year's holidays.