Five-leaf shrub: photo, medical properties, indications and contraindications for use

A plant that is known to many as a kuril tea, in botany is called a five-leafed shrub. He is a shrubby shrubby, and in the people's environment he is called "mighty."He is part of the pink family.

Growing up to one and a half meters, branches of its brown color, have a gray or reddish hue. Fresh shoots have silky hairs on the surface. Leaves oblong, also usually with small hairs, pinnate. Flowers that appear in the very beginning of summer, are placed on the tops of branches, have a yellow or white color, and also a fluffy middle. Their size reaches a diameter of thirty millimeters. The fruits of the five-leafed shrub appear at the same time as the flowers, they remind small brown buttons. 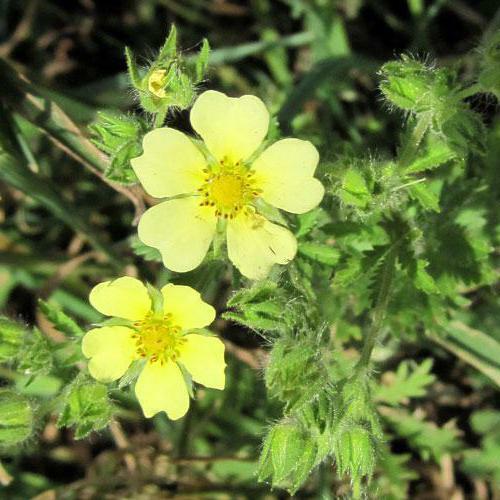 Where does it grow?

Kuril tea is characterized by unpretentiousness and a long life, its bushes reach thirty years. He staunchly tolerates a cold climate and grows even in permafrost areas. But more favorable conditions for it are soils with high humidity, that is, the edges of streams, river banks, flood meadows. Description pyatilistnikov bush can be found in herbalists.

However, it is often found also in marginal, arid lands. Pyatilist loves those places that are well illuminated, due to which often "rises" along rocky embankments and mountain slopes. Thickets of Kuril tea are found in the mountains of the Caucasus, Central Asia, the Sayans, and the Altai. It also grows in Chinese and Mongolian localities, in the Far East, in almost all of Eastern Siberia, on Japanese islands and even in some countries of Europe and the North American continent.

In this article, we will consider the application of the five-leafed shrubbery.

How to properly store and store raw materials?

Prepare chicken tea when the plant starts to bloom( depending on the region, this time falls in June or July) and until the middle of autumn. Almost all components of the plant are used as raw materials - and flowers, and shoots with leaves, and the root part. The above-ground part of it is also used - the tips of shoots, cut off somewhere on the fifteen-centimeter length.

The resulting raw materials are dried in the sun, and after that - in special drying devices at a temperature not exceeding seventy degrees. Store finished raw materials best in a glass container or in a tin with a tight-fitting lid. If you adhere to all the storage conditions, the medicinal properties of the Kuril tea can last for a year. 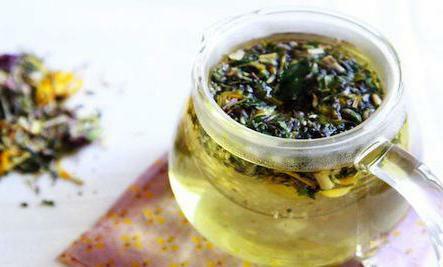 Five-leafed shrub is one of the traditional means used by Tibetan monks for medical purposes. Their canons prescribe the use of kuril tea for the therapy of the digestive system, respiratory organs, with the appearance of gynecological problems, heart and vascular diseases, with fluid retention in the body. Tibetan doctors used chicken tea in the form of ash, from which they made pills and other forms of medication.

Kuril tea was widely used also by Mongolian healers. They considered it an excellent natural remedy, struggling with nervous disorders and mental illnesses.

They also knew about the healing properties of the shrubbery shrub and the people living in the Eastern Siberia region, where it was used as part of traditional recipes from cholera, typhus and other infectious diseases. Written sources mention Kuril tea from the XVII century, here it was called "mighty".With its help, diarrhea and bleeding were stopped, inflammations, nervous overexcitation, insomnia, digestive tract disorders and various female diseases were treated.

In Kamchatka, in the Far Eastern region, every day we drank Kurilian tea as a regular drink, because it was like black tea, but it also had a lot of useful properties. Strong infusion of the plant was used as an effective means for rinsing the mouth with various inflammations, diseases of the throat, and also used by women during syringing during gynecological disorders. The application and contraindications of the five-leafed shrub will be considered below. 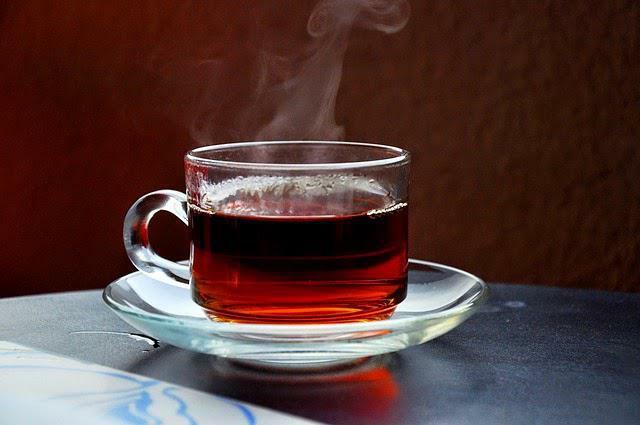 In many places to date, there is a hunting tradition: in the process of brewing add a little bit of Kuril tea to boiling water, which is the prevention of various infections and helps in fighting with known viruses, which is also confirmed by medicine. Water decoction of dried leaves of the five-leafed shrub is used for disinfection and washing of any wounds and skin lesions in the field, healers generally recommend using it for the treatment of skin diseases.

Now therapeutic and decorative properties of Kuril tea are appreciated. Often occurs pyatilistnik shrubby( photo - above) in flower gardens and on alpine hills.

Chemical composition of the raw material and its pharmacological effects 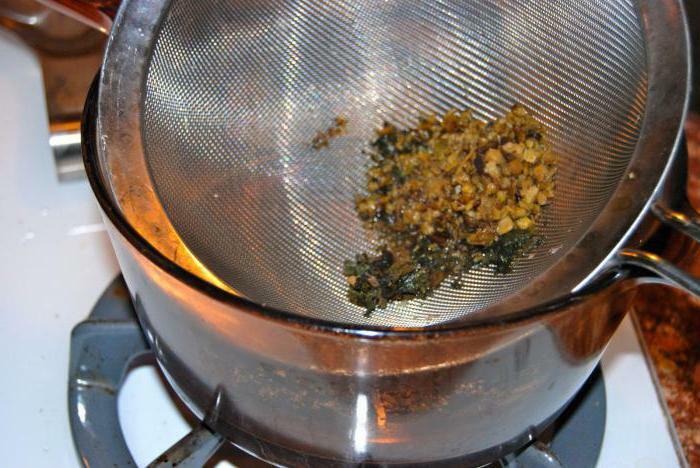 Pyatilist has a whole range of properties, such as:

Often pjatilistnik it is used as an effective diaphoretic means at presence at the person of the raised temperature. It is successfully applied in the treatment of various diseases. 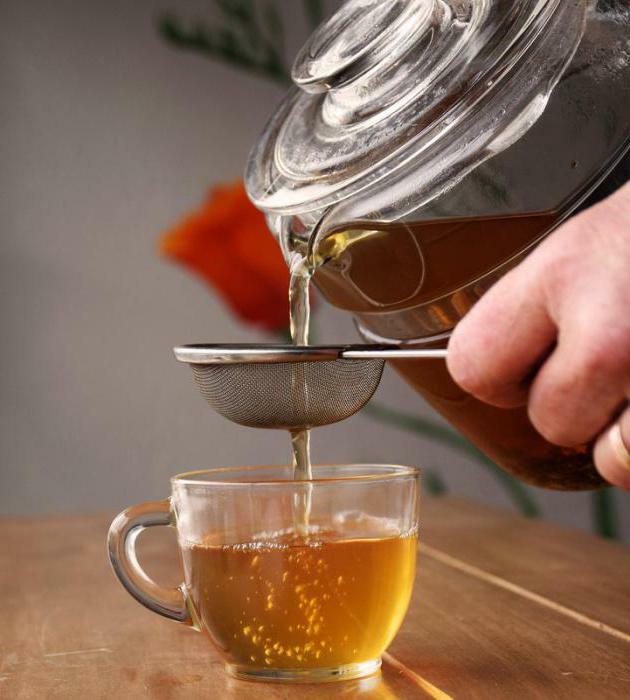 Particularly famous for Kuril tea as an excellent natural remedy, which helps in the fight against digestive system problems. It is advised to use it for various intoxications, poisonings, in the treatment of dysbacteriosis. Healers recommend drinking chicken tea during intestinal disorders and when difficulties arise in digesting food in diseases such as stomach ulcers and gastritis. Drinks based on pyatilistnik have a cholic and diuretic effect, pacify flatulence, eliminate constipation and diarrhea, regulate the metabolism in general and the digestion of fats in the body in particular, help in the fight against heartburn and a feeling of heaviness in the stomach.

Also, Kuril tea effectively fights bacteria and viruses, suppresses inflammatory processes. As an external remedy, rinses are useful for diseases of the oral cavity and nose, throat, gums, colds, sore throat, ARVI.There are also folk recipes in which pyatilistnik is recommended for inflammation of the lungs, croup and other diseases of the bronchi, as well as for a more successful sputum discharge.

Kuril tea, in principle, helps to strengthen immunity, increases the tone of the body, gives vivacity, helps to speed up the healing process.

As an antiseptic, the plant is used as a remedy for diseases of the genitourinary sphere, including inflammation of the urinary tract and cystitis. Also, Kuril tea has the effect of anesthesia. Apply pyatilistnik shrub in gynecology.

Women's funds are useful because they help in the fight against various diseases of the gynecological sphere. They help reduce the abundance and duration of menstruation, have an anti-inflammatory effect, including ovarian diseases, help to speed up the healing process of erosion. Broth of Kuril tea is used for douching to cure colpitis, vaginitis and other diseases of this area. The healing properties of the five-leafed shrub are known to many. 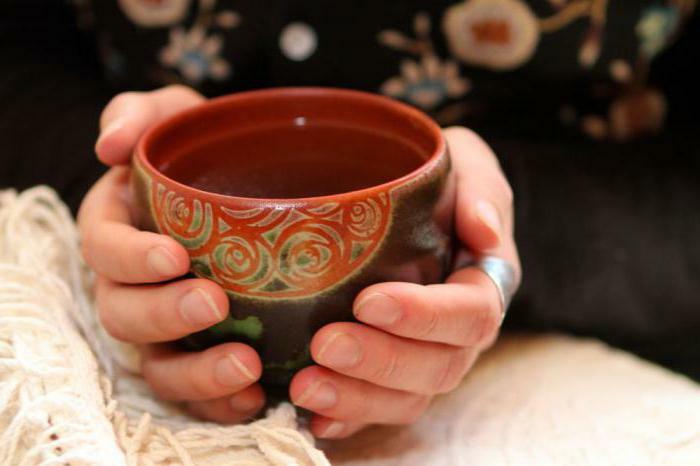 It also has high sedative properties. Many herbalists compare its sedative effect on the nervous system with valerian. Being a natural natural remedy, Kuril tea helps with various neuroses, stresses, depression states, insomnia, nervous exhaustion. If you use it regularly, then the work of the nervous system will be adjusted, a calm sleep will return. To apply it is advised even to children, especially when there are problems with incontinence in a dream. In addition, the Kuril tea is used to treat diabetes.

In the presence of inflammation in the eyes, including conjunctivitis, the decoction broth is used to wash the eyes. Also useful are baths with Kuril tea that help to eliminate skin problems, prevent the appearance of acne. Baths for the feet are also recommended in the fight against fungal lesions and to reduce sweating. If you use chicken tea as a conditioner for hair after washing, it will strengthen their roots, make them stronger, reduce the fatiness of the scalp.

How to brew pyatilistnik shrubby? About this below.

External use of Kuril tea

In addition to internal therapy of the body, Kuril tea can also be used externally in the treatment of stomatitis, burns, periodontitis, ulcers, sore throats. Pyatilistnik is one of the substances that make up the ointment, which is widely used for healing wounds, cracks on the lips, panaricium. If the chicken's tea is ground to a powdery state, then it can be used as a powder for wetting wounds and bleeding. Due to anti-inflammatory and bactericidal properties, the plant helps to eliminate bad breath.

Useful properties of the rhizome

Since the rhizome has many useful properties, it is often used as a decoction, which is used in the treatment of chronic hepatitis, stomatitis, diarrhea, cirrhosis, dysentery, gingivitis, angina and internal bleeding. Often they are washed with all kinds of wounds on the skin, used as an ointment if there are cracks on the lips. 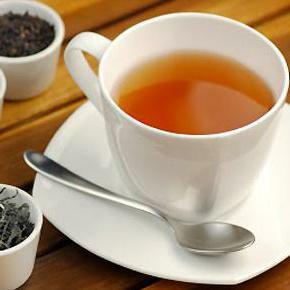 Contraindications of the five-leafed shrub

To take chicken tea is not recommended for individual intolerance, pregnant women, as well as for those who have problems in the heart and blood vessels( ischemic disease, accelerated heart rate, rhythm disturbances).Also it is not advisable to use pyatilistnik during low blood pressure.

Chicken tea is also not recommended for chronic kidney and liver diseases. Limitations on the duration of its reception in the absence of contraindications does not exist. But it is worth remembering that when treating any medicines based on herbs should always consult with a doctor. Any recipes that contain chicken tea, do not belong to the field of scientific medicine.

Features of the use of Kuril tea

As a preventive tool or as a substitute for natural tea, the five-piece is brewed in the following proportion: one tablespoon of raw material per cup of boiling water. Drink should be insisted for ten minutes in a porcelain teapot. To improve the taste, you can add various aromatic plants, for example, lemon balm, mint, bergamot. Such a tea will serve as a good means for preventing colds, for example, after hypothermia.

We examined the use of the five-leafed shrubbery.