For the removal of pain of a rheumatic and neuralgic nature, and also because of problems in muscles, ligaments and joints, local remedies in the form of ointments and creams are often used. They are considered the best, because they do not cause systemic side effects, do not damage the gastrointestinal tract and have a direct therapeutic effect on the damaged area. Of all the means for inflammation of the joints and after closed injuries, ointments with capsaicin are the most popular. This substance, obtained from hot pepper, has been used for many years in medicine. It not only relieves pain, but also has a therapeutic effect.

This natural alkaloid is made from hot pepper. A crystalline substance was isolated from this plant at the beginning of the twentieth century. Capsaicin does not dissolve in water, only in alcohol and certain chemicals. It is the most acute substance in the world. If it gets on the skin, it causes a severe burn, you can remove the crystals only with vegetable oil, alcohol or vinegar. 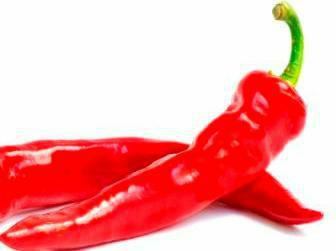 Capsaicin strongly affects respiratory organs and mucous membranes, causing burning. This property is used when adding the substance to gas cartridges and guns. Capsaicin is also used as an insecticide. But, in addition, he found many useful properties for human health. And recently the production of medicines based on it has been established.

Action of drugs with capsaicin

Now for therapeutic purposes, various ointments, gels, patches and rubbers containing this substance are used. The extract obtained from the burning pepper contains only 5-10% capsaicin. But all the same, the effect on the body is very strong:

For what purpose is used capsaicin

Ointment, the price of which is about 200 rubles, is available to many. And the positive effect of such means has determined their wide distribution. Preparations that contain capsaicin, are used for migraines, digestive disorders, psoriasis and skin itching. It is included in the composition of fat-burning agents and bioadditives to accelerate the metabolism. Capsaicin helps with neuralgia of the trigeminal nerve, diabetic neuropathy, pain from herpes zoster. Recent research has determined its ability to kill cancer cells and prevent their appearance. But most often used in the treatment of capsaicin for joints, muscles and ligaments. 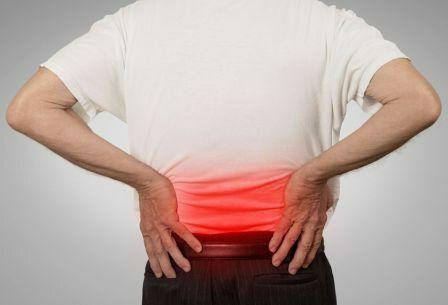 Such drugs have not only an analgesic effect, but relieve inflammation and improve the nutrition of tissues. The therapeutic effect is manifested only after 2-3 weeks of use, although pain capsaicin immediately removes.

Side effects of drugs with capsaicin

The therapeutic effect of this substance is related to its ability to cause a local increase in temperature and a burning sensation. But this property of capsaicin can also have a negative effect. Some people experience a burning sensation resembling a burn, redness and swelling of the tissues appear on the place of application of the capsaicin ointment. When the drug hits the mucous membrane, it causes severe pain and swelling, lacrimation and mucus secretion. Capsaicin can provoke spasm of the larynx and bronchi, loss of voice and even stopping breathing. Especially dangerous are such eye preparations - they cause a burn of the cornea. It is not recommended to apply ointments with capsaicin to small children, women during pregnancy and breast-feeding. They are also contraindicated for individual intolerance, bronchial asthma and hypertension.

Rules for use of such drugs

Before using ointment with capsaicin, consult a doctor. And even if there are no contraindications to its use, it is important to strictly follow the instruction and safety rules:

What formulations of capsaicin are included

Now the medical industry produces several different ointments based on pepper extract. They have almost the same action and application features.

This is a combined preparation for the treatment of bruises, sprains, arthroses, neuralgias, sciatica and for warming up muscles before sports training. 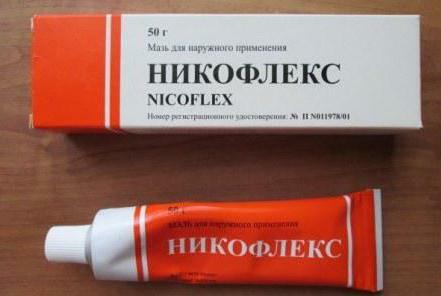 Ointment contains 7.5 mg capsaicin and has an irritating and analgesic effect. When applied to the skin, it expands the surface vessels, improves blood circulation and causes a feeling of heat."Nikofleks" not only relieves pain and reduces inflammation, but also improves the mobility of the joints. It can be applied 1-2 times a day to clean, dry skin.

Analogues of preparations with capsaicin

A large number of different warming ointments and gels make it difficult to choose a drug. But quite often doctors prescribe to patients drugs that contain capsaicin. Analogues are also effective, but the warming effect in them is provided by other substances. On the basis of natural components, you can choose such drugs:

There is still an ointment containing an analog of capsaicin - vanillamide. This "Finalgon", which is very popular, as it effectively removes pain in the back and joints.

Reviews on the use of such drugs

Despite the large number of ointments with a warming effect, many choose those that contain capsaicin. Reviews about such drugs are contradictory. The substance is very burning, and not everyone can stand it. But those who are tired of suffering from pain, consider warming ointment salvation. In addition, the positive property of such drugs is also that the capsaicin containing ointment is inexpensive. Its price ranges from 100 to 300 rubles, on average - 250. Therefore, any patient can be treated with such drugs. Doctors also often prescribe ointments with capsaicin. They believe that the warming effect helps not only to relieve pain and inflammation, but also treats many diseases of the musculoskeletal system. According to doctors and patients, such ointments improve the blood circulation and nutrition of tissues, help restore joint mobility and relieve muscle pain. Negative responses are left by those who can not withstand the burning sensation and who have an allergic reaction to capsaicin.