In gynecology, many tools are used to conduct manipulations during surgical interventions. Among them, one can also find bullet forceps that serve to fix the tissues. Previously, with this surgical instrument, lead bullets and fragments were extracted from the human body, and now it is widely used in gynecology and obstetrics. 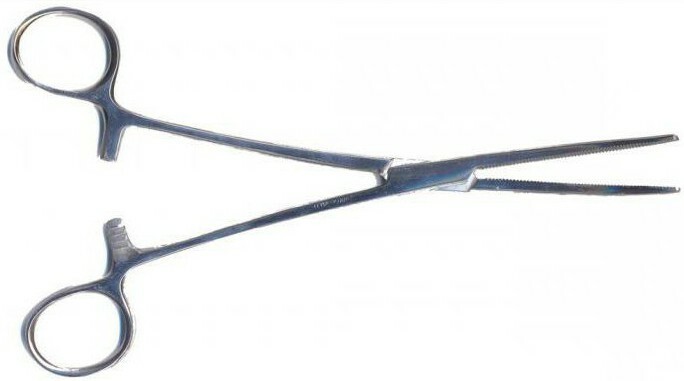 Bullet forceps in gynecology are a surgical instrument in the form of a clam-type clamp with pointed tips that converge in a straight line, or with a sharp tooth. They are from eighteen to twenty-five centimeters long and are used in the exposure and fixation of tissues, capture and retention of the uterus during surgery. Pozzi, Barrett and Schroeder offered their modifications to this tool. The first bullet forceps served as an object by which the lead bullets were pulled from the body of soldiers, later they were used in gynecology.

This surgical instrument has a long working part and powerful handles. This is done so that the surgeon can firmly hold it in his hands during operations. One-tooth bullets are made of carbon steel with chrome or nickel coating. They can be made of stainless steel, brass or titanium alloy. Usually modern medicine uses forceps 24 or 25 centimeters long. 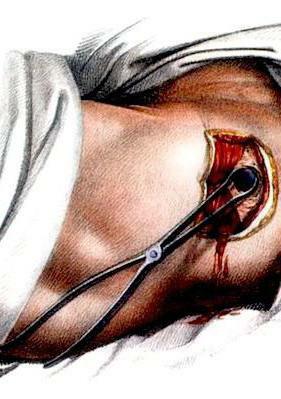 Bullet forceps together with mirrors and a lift are used when it is necessary to determine the connection of the peritoneal tumor to the genital organs. First, uncover the cervix using mirrors, spend it disinfected with alcohol, put forceps on the lips( front and back), after that the mirrors are removed. Further to the vagina or rectum the doctor carefully enters the index finger, with the free left hand moving the lower part of the tumor. At this time, the assistant should pull for bullet forceps to move the uterus down. In this case, the tumor is stretched enough to become accessible for probing.

In some cases, physicians use a different method. For this, the grips of the forceps are not touched, they remain in a calm state. With the help of external manipulations, the new formation is shifted up, left and right. If it is connected with the genitals, the grips of the forceps will be drawn into the vagina at this moment. If the patient has a tumor of the uterus, the forceps will move more strongly, much more than with neoplasm of the appendages. In the case where the tumor is located in the organs of the abdominal cavity, for example, in the kidneys or intestines, the bullet forceps for pulling the uterus will not change their original position. 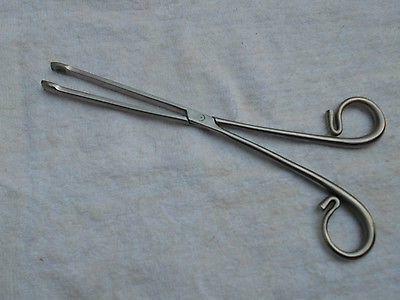 In gynecology, the technique of tamponade of the uterus is often used to stop bleeding. Carrying out such procedure, the doctor uses dilators, several bullet forceps, mirrors, corncangs, tweezers and curettes. First, the doctor disinfects the genitals. Then she exposes the cervix of the uterus, fixes it with bullet forceps. Next, she disinfects the cervical canal, inserts a gauze swab into the entire vaginal cavity for twelve hours. Thus, bleeding should stop.

There is another way to stop blood loss - the technique of metreiris. First, the genitals are disinfected, the cervix is ​​exposed and fixed with bullet forceps. Also, disinfection of the cervix and cervical canal is very cautious. Then, for the inner yawn, a folded rubber canister is inserted with the help of a forceps, then it is filled with a sterile liquid, for example, with saline solution, through the metreirrant tube. After that, the rubber tube is clamped with a pena, and a load is attached to the lower part, which has a mass of three hundred grams.

Thus, bullet forceps are an essential surgical instrument in gynecology and obstetrics. They help fix the uterus so that the medic has access to the cervical canal, cervix, etc. At different times, different doctors offered their own modifications of this tool, in modern medicine they use a simpler and more convenient option. These are forceps that have curved sponges that end with a sharp prong. They refer to clamping tools, which are intended for fixing tissues. Made from a safe material for health, which does not cause allergic reactions.