Where the sperm is formed: the way and place of education

Men can be no less curious than women. Therefore, some of them are very interested in the structure of their own organism, and especially its most important organs. Bold in this case become doctors, and the rest just read the necessary literature. The most important questions remain: Where is the sperm formed? What does he look like? How many lives? And how does it move? Let's try to answer them in a way that everyone understands.

Before answering the question, where the sperm is formed, it is necessary to understand what it is. The spermatozoon is the sex cells of animals and humans. Typically, these cells are able to actively move, which is vital in order to get to the egg and fertilize it.

Compared to the female sex cell, spermatozoa are small, brisk, and a large number of them are maturing simultaneously in the body( unlike the egg cell, which alone is the crown of the thirty-day work of the woman's endocrine system).

The structure of this reproductive cell indicates that all animals and fungi had a common ancestor - a single-celled organism. Traditionally, any male germ cells, even in plants, is called spermatozoa, although the definition of "sperm", as well as anterozoids, applies to them.

It's strange, but animals do not differ much from a person in the matter of the structure and function of the germ cells. Where is the sperm formed? How do they look? Are there any fundamental changes? 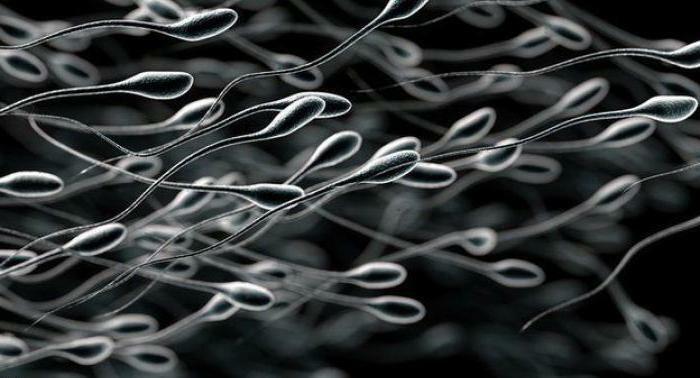 An ordinary animal spermatozoon has a head, an intermediate part and a tail( or flagellum).In the head, traditionally, there is a nucleus in which there is a half set of chromosomes. In addition to genetic information, the head has enzymes for insertion into the egg and centriole. In the intermediate part, it is also a neck, there is a large mitochondria that provides energy to the flagella and supports its movement.

Exceptions from the above sample are some species of aquarium fish, whose spermatozoa have two flagella each. This also applies to crustaceans( they may have from three or more "tails" in sex cells).But roundworm evolution has offended mobile cells - there is not a single cilium or flagellum in its entire body. The sex cells of these animals have a plastic cell wall, which allows you to move with the help of pseudopods. Tritons have a fin on the spermatozoon. But variations are not only in the tail, but also in the heads. If a person is ellipsoid, then the mice and rats can boast a hook-shaped form.

The dimensions of germ cells in men are extremely small - from tens to hundreds of micrometers. This variation is not related to the size of the adult.

Before scientists thought about the question "Where is a sperm formed?", They had no idea that there are special cells involved in the reproduction of humans and animals. And in general, the structure of living tissues had a very remote idea. 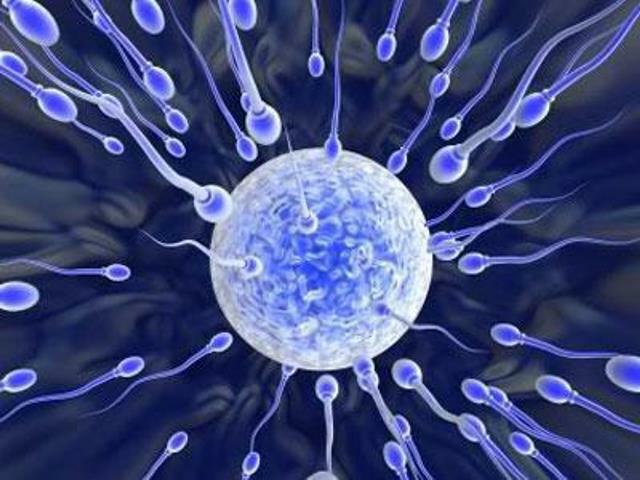 The revolution in science took place in the middle of the seventeenth century, when the Dutchman Antoine Leuvenook invented the microscope and began to consider various objects: pollen, leaves and petals of plants, human and animal skin, and much more. In 1677, the matter reached the sex cells. He described an egg and a sperm, which he called a "seed animal."

Like any scientist, Levenguk first put all the experiments on himself, so the first to describe the spermatozoa of man, and only then of other animals. The idea that these "little animals" participate in conception, Antoine quickly came to mind, which he did not fail to inform the British scientific community.

But this hypothesis was rejected, and for another hundred years spermatozoa were considered parasites in the male body, which had nothing to do with fertilization. Only at the beginning of the nineteenth century the Italian Spallanzani proved the veracity of this theory.

If the length of the flagella is not taken into account, then the spermatozoon is the smallest cell in the human body, about 55 micrometers. Such small sizes allow him to move quickly in the cavity of the uterus and reach the ovum. 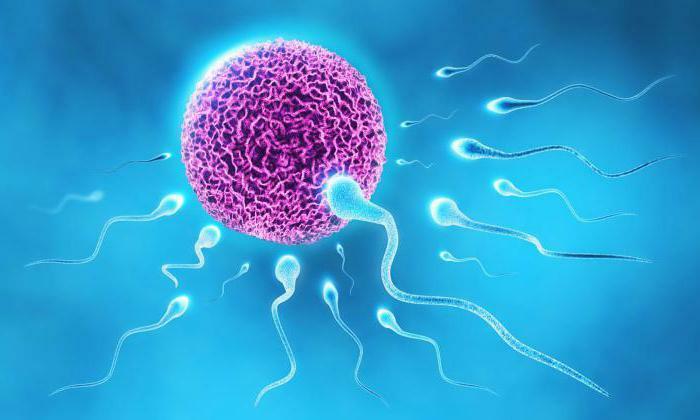 In order to be even smaller, during the formation of spermatozoa, they undergo a number of transformations:
- the nucleus becomes denser due to the condensation of genetic material;
- the cytoplasm is separated into a separate "cytoplasmic drop";
- there are only those organelles that are vital to the cell.

The manner and location of the formation of spermatozoa is closely related to its functions. And the most important of them is penetration into the ovum and fertilization. To perform this function, nature has provided mobility, massiveness and chemical "attractiveness" of spermatozoa.

Female and male organisms are designed to reproduce themselves, so they are compatible physically, chemically and genetically. If a man cares about his health, has no bad habits, made all the vaccinations in time( especially from mumps), then his sex cells will be ready to perform his function at any time.

The formation of spermatozoa in men is associated, among other things, with the formation of a flagella, which helps the cell move. During the movement, the sexual cell rotates around its axis at a rate of 0.1 millimeter per second. It's more than thirty centimeters per hour. They need to travel a distance of more than 20 cm. Somewhere a couple of hours after intercourse, spermatozoa reach the fallopian tubes, and( if there is an egg) fertilization takes place.

Inside the male body, spermatozoa practically do not move, they are not active and passively pass along the seminal ducts along with seminal fluid due to peristaltic contractions of the ducts and movement of the cilia.

Scientists, together with physiologists, tried to understand the question of where spermatozoa form and why they are periodically updated? It turned out that the entire process of maturation of reproductive cells takes more than two months, but they are obtained a large number. Due to this, men have no shortage of genetic material. 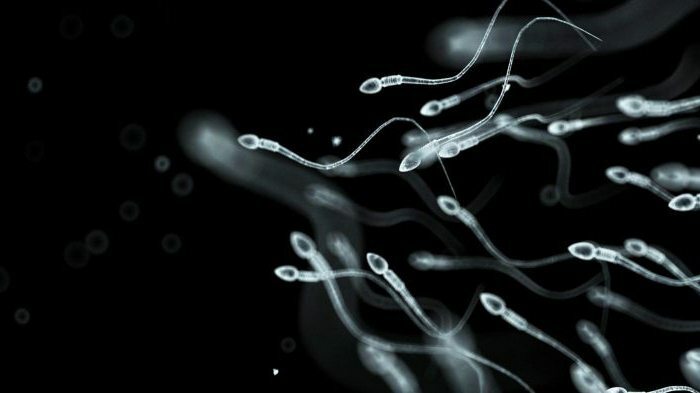 Viability of spermatozoa remains only for a month, and they need the right conditions:
- temperature not above 32 degrees Celsius;
- absence of inflammatory diseases.

And outside the male body, cells retain their mobility for up to a day. Inside the uterus this time can be prolonged up to three days.

Spermatogenesis is the formation of spermatozoa, which occurs under the vigilant regulation of the endocrine system of the body.

It all starts with progenitor cells, which after a few divisions take the form of an adult sperm. Depending on the type of animal, the process of maturation of spermatozoa may differ. So, for example, chordates in the embryonic period are laid special cells that migrate into the rudiments of the sex glands and form a pool of cells, which later becomes spermatozoa.

The method of sperm formation in humans does not differ from that of other vertebrates. The process begins at the time of puberty( from 12 years) and lasts almost to 80 years. 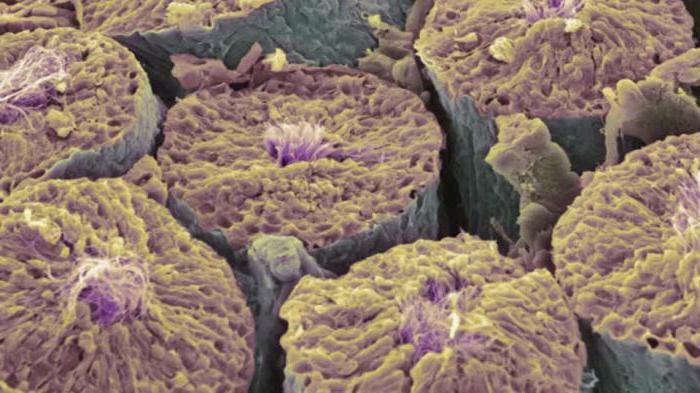 According to some sources, the cycle of maturation of spermatozoa continues for 64 days, for others - up to 75 days. But the change in tubular epithelium( which is a substrate for germ cells) occurs at least once every 16 days.

The whole process occurs in the convoluted tubule of the testicles. The basal membrane of the tubules contains spermatogonia, as well as spermatocytes of the first and second order, which then differentiate into a mature cell. First, the precursor cells undergo several cycles of mitosis, and when enough of them are recruited, they switch to meiosis. As a result of this last division, two daughter spermatocytes are formed, and then two more spermatids. Each of these cells has a half-set of chromosomes and can fertilize an egg.