Clinical anatomy of the ears. The structure of the human ear

The hearing organ performs a function that is of great importance for the full vital activity of a person. Therefore, it makes sense to study its structure in more detail.

Anatomy of the ears

The anatomical structure of the ears, as well as their constituent parts, has a significant impact on hearing quality. From the full work of this function the person's speech directly depends. Therefore, the healthier the ear, the easier it is for a person to carry out the process of vital activity. It is these features that determine the fact that the correct anatomy of the ear is of great importance. 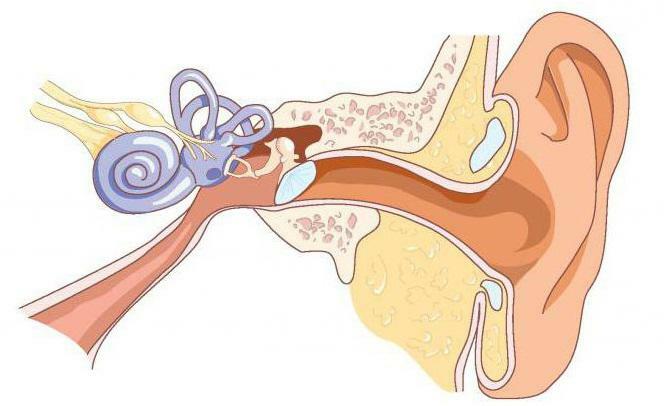 Initially consider the structure of the organ of hearing is to start with the auricle, which first strikes those who are not tempted in the subject of human anatomy. It is located between the mastoid process on the back side and the temporomandibular joint in front. It is thanks to the auricle that the perception of sounds by the person is optimal. In addition, it is this part of the ear that has an important cosmetic significance.

As the basis of the auricle, it is possible to determine a cartilage plate, the thickness of which does not exceed 1 mm. On both sides it is covered with skin and perichondrium. The anatomy of the ear also points to the fact that the only part of the shell, devoid of a cartilaginous core, is the lobe. It consists of skinned fatty tissue. The auricle has a convex inner part and a concave outer shell, the skin of which is closely fused with the perichondrium. Speaking about the inner part of the shell, it is worth noting that in this area connective tissue is much more noticeable.

The auricle is fastened to the zygomatic, mastoid process and the scales of the temporal bone through muscles and ligaments.

Anatomy of the outer ear

The external auditory canal can be defined as a natural extension of the cavity of the shell. Its length in an adult is approximately 2.5 cm. In this case, the diameter can vary from 0.7 to 0.9 cm. This part of the ear has the shape of an epileptic or round lumen. The outer part of the auditory canal can be divided into two main parts: the outer webbed cartilaginous and the inner bone. The latter goes right up to the tympanic membrane, which, in turn, delineates the middle and outer ear. 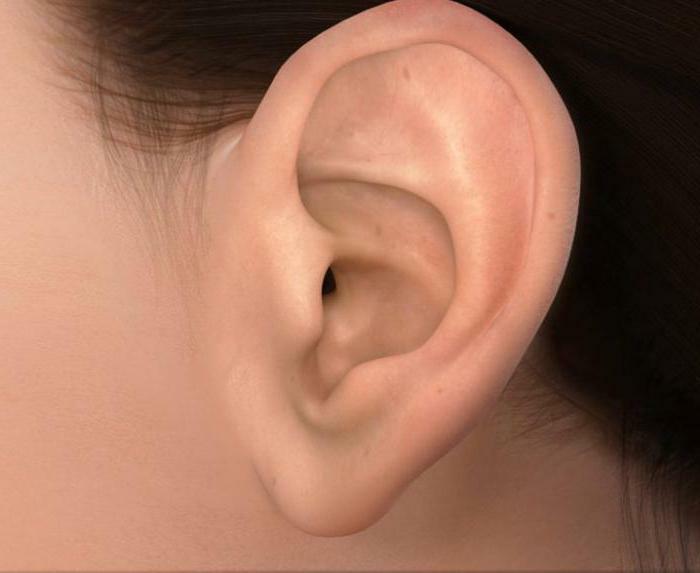 It should be noted and the fact that two-thirds of the length of the external ear canal is occupied by the membranous-cartilaginous department. As for the bone department, it gets only the third part. As the basis of the membranous cartilaginous part is the continuation of the cartilage of the auricle, which looks like an open chute behind the back. His cartilaginous skeleton is interrupted by vertically santorionic slits. They are closed with a fibrous tissue. The border of the auditory canal and parotid salivary gland is located exactly in the place where these gaps are located. This fact explains the possibility of the development of the disease that appeared in the external ear, in the region of the parotid gland. It is worthwhile to understand that this disease can spread in reverse order.

For those who are interested in the information under the topic "anatomy of the ears", it is worth paying attention to the fact that the membranous-cartilaginous section connects with the bone part of the external auditory canal through fibrous tissue. The narrowest part can be found in the middle of this department. It is called an isthmus.

Within the membranous-cartilaginous area, the skin contains sulfuric and sebaceous glands, as well as hair. It is from the secretion of these glands, as well as the scales of the epidermis, which has been torn away, that the earwax is formed.

The walls of the external auditory canal

Anatomy of the ears includes information about the various walls that are located in the outer passage: 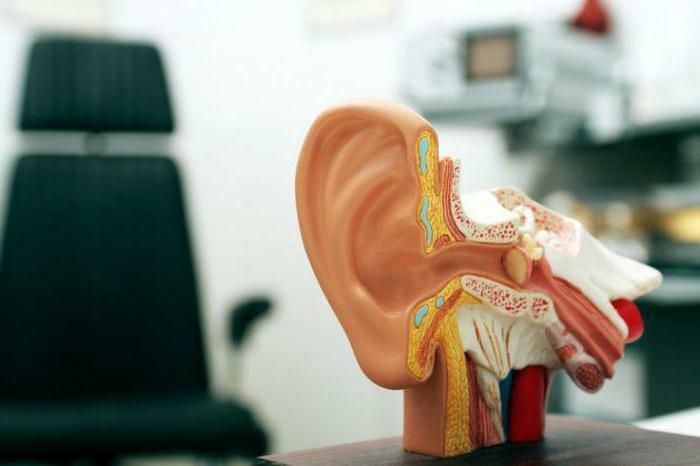 These functions should be paid attention to those who study the structure of the human ear. The anatomy of the organ of hearing includes detailed information about its innervation, which is carried out through the trigeminal nerve, the ear branch of the vagus nerve, and the cervical plexus. In this case, it is the posterior ear nerve that provides the nerves of the rudimentary muscles of the auricle, although their functional role can be defined as sufficiently low.

Regarding the topic of blood supply, it is worth noting that the supply of blood is provided from the system of the external carotid artery.

Cartilage is powered by vessels located in the perichondrium.

In the framework of such a topic as "Anatomy and physiology of the ear," it is worth considering the process of venous outflow in this part of the body and the movement of lymph. Venous blood drains from the ear through the posterior ear and posterior-jaw vein.

As for the lymph, its outflow from the outer ear is carried out by means of the nodes that are in the mastoid process in front of the tragus, and also under the lower wall of the auditory external passage.

This part of the hearing organ performs the function of dividing the outer and middle ear. In fact, we are talking about a translucent fibrous plate, which is strong enough and resembles the shape of an oval.

Without this plate will not be able to fully function the ear. Anatomy of the structure of the tympanic membrane reveals in detail: its size is approximately 10 mm, its width is 8-9 mm. It is interesting that in children this part of the hearing organ is almost the same as in adults. The only difference is its form - at an early age it is rounded and much thicker. If we take the axis of the external auditory canal as the reference point, then with respect to it the eardrum is located obliquely, at an acute angle( approximately 30 °). 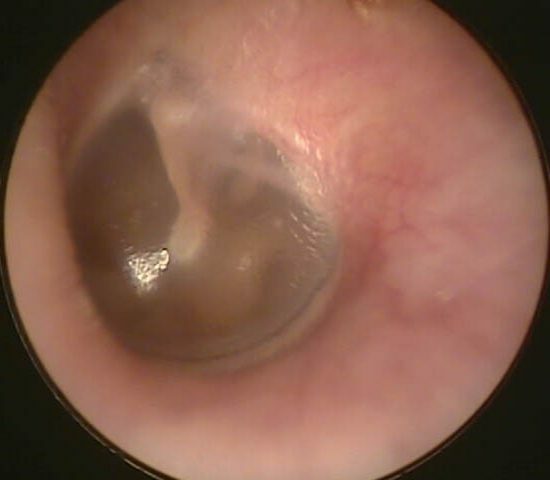 It should be noted that this plate is located in the groove of the fibrous-cartilaginous drum ring. Under the influence of sound waves, the tympanic membrane begins to tremble and transmits vibrations to the middle ear.

The clinical anatomy of the middle ear includes information on its structure and functions. To this part of the organ of hearing belongs the drum cavity, as well as the auditory tube with the system of air-bearing cells. The cavity itself is a slotted space in which 6 walls can be distinguished. 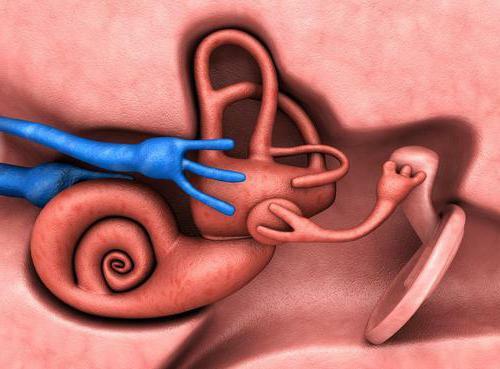 Moreover, in the middle ear there are three ears - anvil, hammer and stapes. They are connected with the help of small joints. In this case, the malleus is in close proximity to the eardrum. It is he who is responsible for the perception of the sound waves transmitted by the membrane, under the influence of which the hammer begins to tremble. Subsequently, the vibration is transmitted to the anvil and stapes, and then the inner ear reacts to it. This is the anatomy of the person's ears in the middle part.

How the internal ear is designed

This part of the hearing organ is located in the area of ​​the temporal bone and looks like a labyrinth. In this part, the resulting sound vibrations are converted into electrical impulses that are sent to the brain. Only after the completion of this process, a person is able to react to sound. 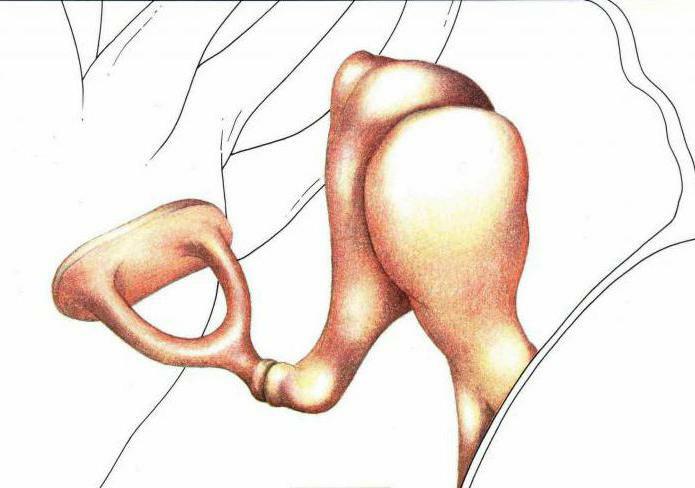 It is important to pay attention to the fact that the human inner ear contains semicircular canals. This is relevant information for those who are studying the structure of the human ear. The anatomy of this part of the hearing organ has the appearance of three tubes that are curved in the shape of an arc. They are arranged in three planes. Due to the pathology of this department of the ear, abnormalities in the vestibular apparatus are possible.

When the energy of sound enters the inner ear, it is converted into pulses. In this case, due to the peculiarities of the structure of the ear, the sound wave propagates very rapidly. A consequence of this process is the occurrence of hydrostatic pressure, which facilitates the shear of the cover plate. As a result, there is a deformation of hair cell stereocilia, which, when they come to a state of excitation, transmit information using sensory neurons.

It's easy to see that the structure of the person's ear is quite complicated. For this reason, it is important to ensure that the hearing organ remains healthy and prevent the development of diseases found in this area. Otherwise, you may encounter a problem such as a violation of the perception of sound. For this, with the first symptoms, even if they are insignificant, it is recommended to pay a visit to a doctor with high qualifications.