What causes a cyst? Reasons for education

Cyst is a formation in the human body, which usually consists of a cavity and a liquid. The structure of its cells and contents allows us to classify the tumor by species. With time, in the absence of treatment, the cyst grows, cells can also begin to change with development, which often leads to degeneration into malignant formation. What causes the cyst, on what factors does its growth depend? Consider in the article.

Type of intrauterine pathology, which persists after birth. Provokes the formation of excess tissue. For example, a cyst may occur as a result of an unclosed gill slit or thyroid-ligament duct. Sometimes pathological processes lead to formations within the organs. The dermoid type of cyst is also a consequence of embryonic developmental disorders and is characterized by the presence of dense walls of connective tissue. Inside the cysts, hair, teeth, sebaceous glands and other cell clusters can be located. So, from what does the cyst of the dysontogenetic type appear? This is a consequence of genetic disorders of embryo development during the period of gestation at different terms of pregnancy.

Glands of internal secretion with delayed outflow of secretory fluid contribute to the appearance and development of the cyst. The mechanism is built on successive events: the duct is clogged, the secret can not stand out completely and gradually accumulates inside. For a long time, mucus and water remain inside the gland, deforming its walls. After a while a cyst is formed, lined with epithelium. Most often this mechanism of development is valid for such organs as: 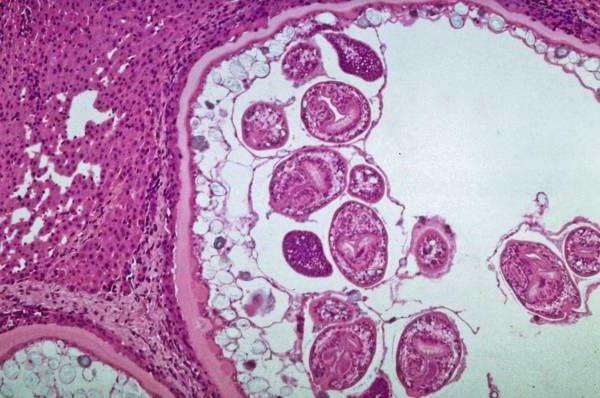 Scientists have found out what the cyst appears from: usually the process starts because of inflammatory diseases. So, lesions of the prostate gland arise due to chronic prostatitis.

There are often cases of the formation of tumors in connection with the vital activity in the human body of parasites. One of the most common pathogens is tapeworms, for example, echinococcus. The disease is transmitted through dogs or contaminated water sources. Echinococcosis is one of the causes of what causes the cyst of the liver, lungs, spleen, gall bladder, less often the heart or brain. The condition is dangerous for a long period of absence of symptoms. At achievement of the impressive sizes the education brings inconvenience. 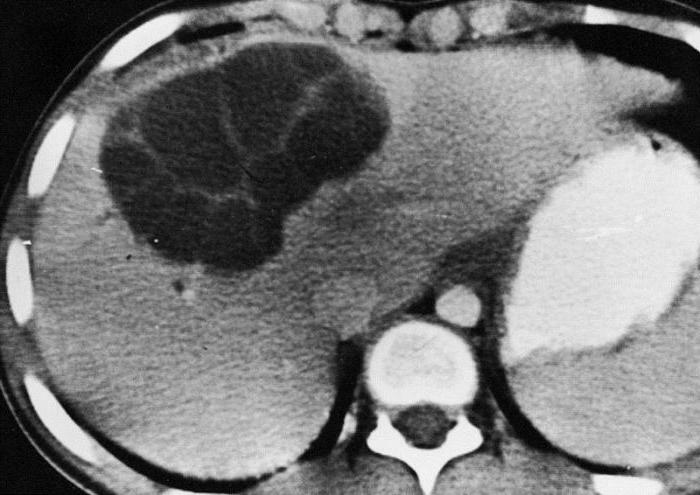 Parasitic cysts require appropriate treatment because of the high risk of infection of other cavities and organs. Pathogens must be destroyed by therapy, and the cyst is most often removed by surgery or by percutaneous puncture.

This is a benign formation filled with gelatinous fluid and coated with connective cells. It looks like nodules in appearance. The cyst of this type grows very slowly and is formed mainly in the brain or thyroid gland. Often has a hereditary nature. What causes a cyst with colloidal contents? In addition to genetic predisposition, the growth and development of neoplasm in the brain can affect: 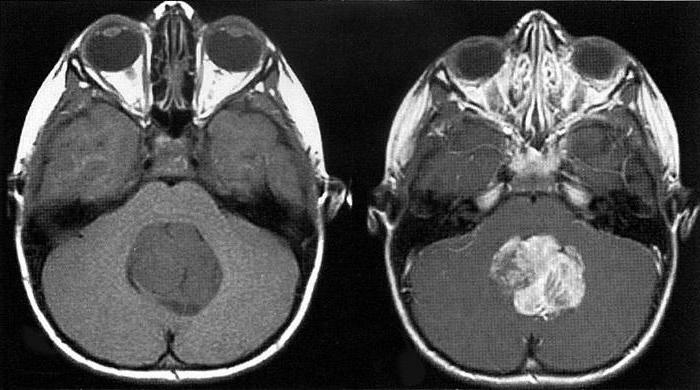 Among the causes of the appearance of a colloid cyst in the thyroid gland, there are:

For a long time the disease does not manifest itself. With formations in the thyroid gland, the cyst is detected with a significant increase in it. Diagnose the colloid goiter. Tumor in the brain gives itself only in hydrocephalus, which develops as a result of cystic education.

Other causes of the appearance of the

Ramolytic benign formations develop against a background of necrosis of organs. The site of the lesion is covered by a connective tissue, which in the future will become the wall of the tumor. Enzymes soften the dead tissue, and gradually they become a liquid. Most often, cysts of this type appear in the brain( for example, after a stroke) or with osteoblastoma. 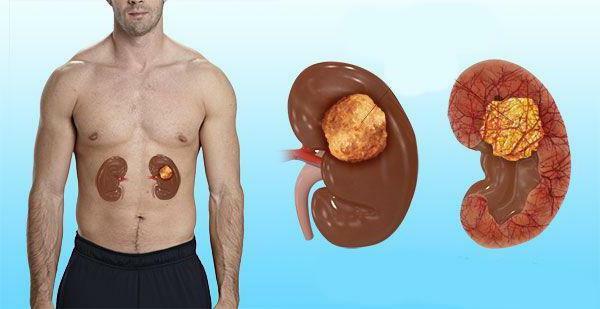 There are often sprouting of one cyst inside the other. Usually this occurs inside the glandular tissue, which is due to its structure. It provokes the onset of growth of the second adenoma tumor and other cysts of the secretory organs. To serve as the reason to formation of a neoplasm the trauma also can. The epithelial layer is broken, and a cyst is formed at the injury site.

Approximately 80% of all benign tumors of glandular organs of the female body have the form of a follicular cyst. Why does the follicular cyst appear so often? This is due to female physiology. Every month the ovaries develop follicles, inside of which an egg is formed. Approximately in the middle of the menstrual cycle, the integrity of the largest of them is destroyed. If this does not happen, the fluid inside the follicle accumulates and a cyst is formed. Within 2-3 months, education may disappear on its own, but this does not always happen. 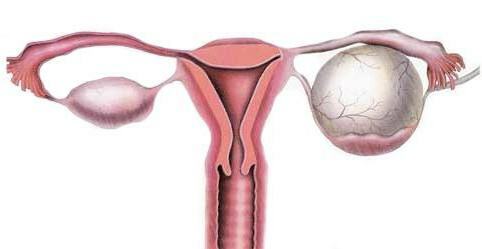 What causes the cyst on the ovary, what factors provoke its development? Most often, the tumor is formed in the reproductive age and asymptomatic. Larger tumors can cause discomfort. Follicular cysts never degenerate into oncology. There is only a risk of their rupture and twisting of the base.

Benign formations of the mammary gland

Formations in the form of granules with a transparent liquid can form inside the breast milk ducts. Diagnose them mainly when you reach sufficient size for probing or accidentally on a prophylactic ultrasound. The process usually proceeds asymptomatically. Sometimes there is discomfort and burning sensation in the chest before and during menstruation.

What causes a cyst in women in the chest? The mammary gland is one of the most vulnerable organs, which is constantly exposed to the influence of a large number of hormones. In connection with this, the main cause of the appearance and development of cystic formations is a violation of the hormonal background.

It so happened that there are no endocrine disorders, and the tumor still appeared. Why does a cyst appear in this situation? In addition to hormonal changes, the growth of benign tumors can cause injuries, diseases of the reproductive system, prolonged inflammatory processes both in the gland itself and in other "female" organs.

What causes a cyst in a healthy, at first glance, person? Usually, this leads to insufficient attention to the body and its needs: poor sleep and nutrition, stress, overstrain. A great place in the development of tumors is occupied by diseases that are not treated in time, inflammations.