The sanatorium "Neftyanik"( Izhevsk) is located in an ecologically clean area of ​​the city, next to a dense forest. It is oriented both for rest and for treatment. Not only residents of the Udmurt region come here, but also from neighboring regions. 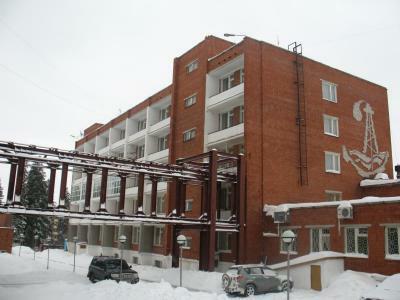 This dispensary was built in 1988 as a specialized health resort for workers in the oil industry. Today, it is a non-profit autonomous institution that provides treatment and rest to almost everyone.

Address, which is the sanatorium "Neftyanik" - Izhevsk, st. Aviation, building 1 A. You can reach it by bus to the stop "Smirnova" or by tram, getting off at "Babushkino".

The mild, moderate climate, the territory, which is a small park with an area of ​​almost two hectares, the predominance of coniferous trees, flower beds - all this creates a special atmosphere that promotes both rest and treatment.

The number of facilities offered by the sanatorium "Neftyanik"( Izhevsk) is completed in a five-story brick building with a basement floor. At the same time, it can rest one hundred and thirty people. There is also a dining area designed for 200 seats, as well as a small hall for mass events. The first and basement floors of the building are given under the treatment rooms. From the second floor to the fifth there are rooms. 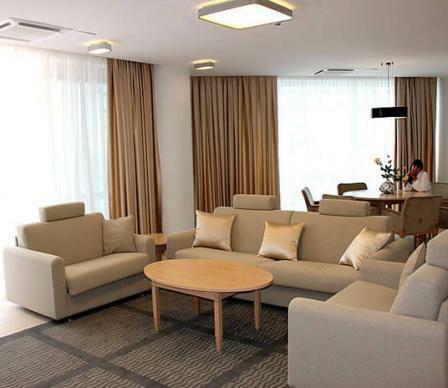 The sanatorium "Neftyanik"( Izhevsk) offers the following categories of rooms: standard with TV, refrigerator, radio, all necessary furniture, bathroom and shower. They can accommodate two people. The rooms with increased comfort are single. They are distinguished by a beautiful view from the window, there is also a loggia. The rooms are similar to the previous ones. The only advantage is the presence of a kitchen area with a set of dishes.

The suites are designed for both single and family living. They have a spacious room with a TV, a refrigerator, a loggia. The rooms are decorated in a modern style, and there is also a kitchen area. From the windows you can see a beautiful view. Bathrooms in the suites are combined, they have shower cabins.

The most spacious and comfortable are the apartments, which are offered to their clients by the sanatorium "Neftyanik"( Izhevsk).They are presented both in the single version, and for 3 + 1 people. In them everything is equipped at the highest level: there is a large TV set, upholstered furniture, air conditioning, in the kitchen area a refrigerator, microwave oven. In the apartment there are two bathrooms with Jacuzzi and bidet, there is a mini-sauna. 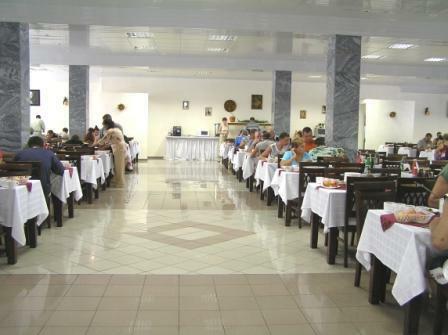 The sanatorium "Neftyanik"( Izhevsk) is a place where a person can regain his strength, disconnect from everyday fuss. Here, discos, concerts and movies are regularly organized. There are many entertainments on the territory of the sanatorium. Guests can play board games, there is billiards, volleyball and basketball courts. Here you can rent sports equipment, including skis or bicycles, and visit the gym. Judging by the reviews, the sanatorium has a nice swimming pool, a sauna and a swimming pool for children. But the most important thing that was remembered by most vacationers is the health track.

For treatment in the sanatorium "Neftyanik"( Izhevsk) come not only the elderly or disabled, but also parents with children. The modern and multifunctional medical base of this health resort helps with many diseases. It treats and prevents diseases associated with the nervous, endocrine, circulatory system, respiratory and digestive organs, gynecology, musculoskeletal system.

Those who come to the sanatorium "Neftyanik"( Izhevsk) can take various medical procedures, such as massage, carbon dioxide or iodine-bromine baths, mud or clay, hirudotherapy. Even the air here heals, so long walks in the coniferous forest will help to keep youth and gain strength. Many liked this health resort. Judging by the reviews, there are friendly staff, a favorable, almost family atmosphere, comfortable rooms. Especially a lot of good words vacationers left about the location. The sanatorium "Neftyanik"( Izhevsk) is built in an incredibly beautiful place where you can enjoy nature both in summer and in winter. As for the professionalism of doctors, no one had any complaints. Some, however, in their reviews say that the dining room is very reminiscent of Soviet times, although the food was rated quite well by holidaymakers.