Podolsk is a city located in the south of Moscow and rich in its history. Especially interesting are episodes related to military operations. So, it is mentioned that Kutuzov's regiments were stationed in the city during the Patriotic War of 1812, and a hundred-odd years later, in 1941, the cadets of the local military school helped themselves to detain enemy troops by their own forces. In July of the same year, almost from the first weeks of the war, on the local initiative of city residents and authorities, the District Military Clinical Hospital 1586 in Podolsk began to write its history.

Appearance and renaming of

To function as a hospital, the institution began in September 1941.It was then that the first military men, wounded in combat and in need of medical assistance, began to arrive here. A month later, in October, the hospital began hard times. The battles near Moscow became increasingly bitter, German tanks broke through to the capital, the number of victims increased. The information about the average number of victims who came here for a day has been preserved. About seven hundred people arrived daily in the Podolsky hospital.

As a result, due to the enemy's rapid offensive medical institution was moved to Moscow at the end of the same autumn month. During his time in the capital, he was given the name of the District Military Clinical Hospital in 1586 in Podolsk. In his native city, the institution returned only ten years later, in 1951, having already settled in a new place - in a building that was planned as a future House of Officers during the laying. For some time the hospital began to build up new buildings, which housed a polyclinic, a hospital, a medical laboratory and other departments.

In 1979, the USSR took part in the fighting in Afghanistan. During 9 years of armed conflict, more than 1,500 wounded persons entered the walls of the District Military Clinical Hospital in Podolsk and other medical institutions of the Moscow region. Doctors and nurses provided the necessary assistance, contributed to the speedy recovery of compatriots in all possible ways. 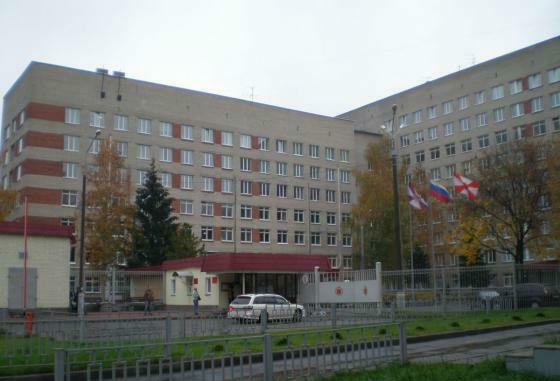 The further participation of the country in the battles during the Chechen campaigns also "supported" the violent working activity of the hospital 1586, and the lives of the majority of the injured fighters( about four thousand) fell on the shoulders of its employees.

More than ten years the hospital is headed by the Honored Doctor of the Russian Federation Dolgov Evgeniy Nikolaevich.

At the moment in 1856 the District Military Hospital in Podolsk can be treated or examined veterans, career officers, as well as soldiers of long-term and urgent service. In addition, relatives and other categories of persons entitled to do so may apply to the institution for assistance. Employees of the hospital are, first of all, sympathetic and friendly people who are highly qualified specialists in a certain medical field. 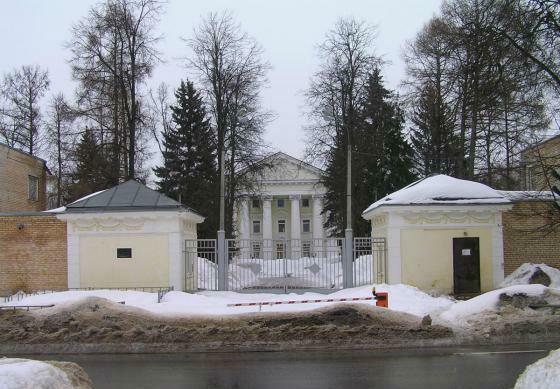 The military hospital in Podolsk functions year-round, taking on average 17,000 people in one calendar year, carrying out about 5,000 operations of varying complexity, carrying out the necessary actions for the successful rehabilitation of patients and medical examination.

Opportunities for the establishment of

About one thousand patients can stay on a long, inpatient treatment in a hospital at the same time. The structure of the medical institution is arranged in such a way that at the moment in the flawlessly functioning buildings there are about seventy specialized units. The departments like physiotherapeutic or endoscopic, X-ray or laboratory are equipped with cutting-edge technologies and necessary equipment. The techniques used in surgical intervention correspond to the latest European and world trends and discoveries and imply a short period of postoperative recovery.

Until the mid-70s of the last century, the departments of the hospital included the ENT department, the stomatological and urological, ophthalmologic and two general surgical departments. Until 1960, the main and leading surgeon of the hospital was NV Kaparulin. In the future, the range of services provided to patients is expanding, and in the hospital other departments are based:

The Military Hospital in Podolsk also includes 34 divisions and 11 branches located in different regions of the Russian Federation. The institutions are located in such cities as Borisoglebsky, Bryansk, Kaluga, Yaroslavl, Vladimir, Moscow, the towns of Khlebnikovo, Marshal Zhukov of the Kursk region and in other settlements of the country. Summarizing the number of patients seeking help in all structural departments, it can be concluded that for a year, hundreds of thousands of servicemen are being assisted by the OECS. 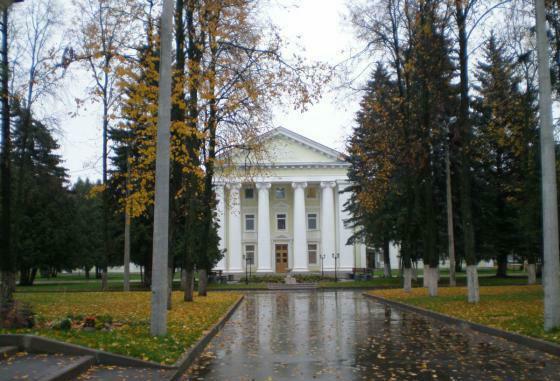 State of the art

For many years the military hospital in Podolsk has been working on theoretical and practical, professional training of medical specialists who have already received a diploma. Such additional education of mid-level medical personnel is carried out at several stages of retraining. Newly-minted students listen to various lectures, participate in seminars and practices. The course ends with the final attestation of students. After the successful completion of all screening tests, the student receives a document evidencing his medical education and competence as a specialist in this field. 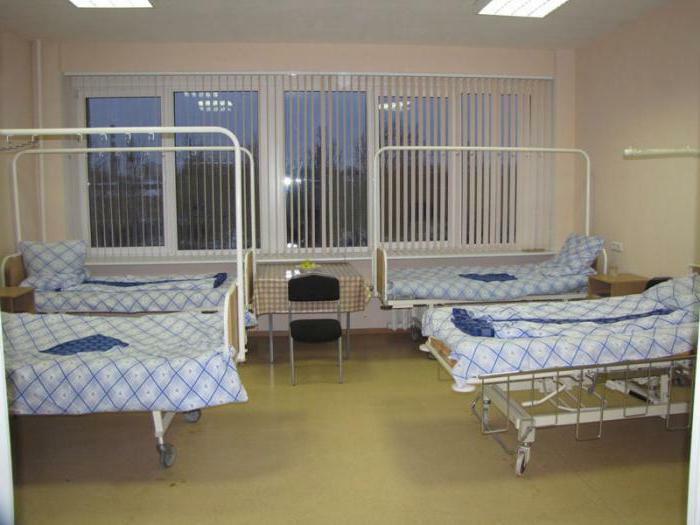 Every year the Military Hospital in Podolsk serves as a base for the collection of the medical leadership of the district and the main doctors. Such fees serve not only as a wonderful school, but also as a place for mutual exchange of experiences between colleagues. Ten years ago, for the first time, a scientifically-practical teaching was held, the purpose of which was to train the rapid reception and distribution of patients, the provision of the first emergency medical care, and the rehabilitation of the treated wounded. Also, the hospital is a constant participant in various kinds of exercises, which are often held on its base, and various competitions between employees.

The climate of Podolsk is truly moderately continental with a lack of a sharp temperature drop, which favors the finding of patients on the territory of the hospital. In addition, the institution is surrounded by a perennial shady park, where anyone who wants a hospital visitor can enjoy fresh air.