Diastema is considered one of the most controversial dental anomalies. By this term, it is customary to understand slots of different widths separating the upper incisors. Some believe that this feature adds piquancy to the image, while others tend to fix it. Diastema is not a sentence. Timely detection of the problem and proper treatment allow the teeth to be as close to the ideal shape as possible.

Features of the dental abnormality

Approximately every sixth inhabitant of the planet has a diastema. In some, it is more pronounced, in others it is weaker. The width of the interdental space can vary within 1-6 mm. Also, it is not always formed on the upper jaw. It can be in the lower dentition. 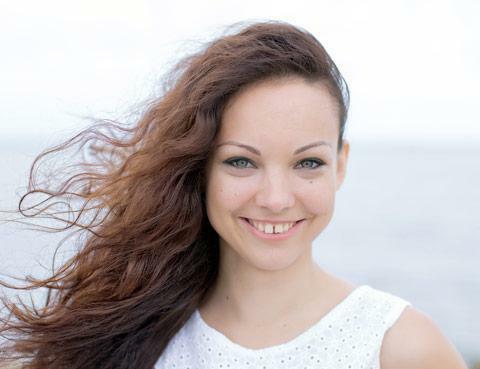 One of the initial symptoms of diastema development is dyslagia - problems with pronunciation. Violation of diction is usually manifested in the form of lisp and whistling, which can not be corrected even by the speech therapist. If you have problems with diction, you should immediately seek advice from the orthodontist. With age, the interdental gap may increase. Then it will take a lot of time and effort to solve the problem.

Many people who have a diastema often perceive it as a highlight. They do not rush to go to the center of aesthetic dentistry and get rid of the tooth gap, if its width is only 1-2 mm. Orthodontists are more determined. Doctors recommend removing the shredder not only because of the issues of aesthetics. Such a defect increases several times the likelihood of development of periodontitis and other dental diseases.

The main causes of the occurrence of

There are often cases when the interdental scherbina passes from one generation to another. Indeed, if one of the parents has a similar defect, the probability of its occurrence in the child is high enough. However, the appearance of a diastema is not always due to heredity. In addition to genetic predisposition, aesthetic dentistry distinguishes a number of other reasons for the appearance of a characteristic scab:

Some reasons for the development of the diastema can not be prevented, but can only be corrected in time. Therefore, the status of the oral cavity should be treated with special attention from a small age. 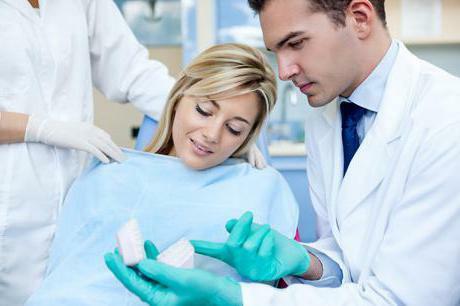 Depending on the degree of formation of the occlusion, the following types of interdental spaces are distinguished:

In order to get a positive result from treatment, it is necessary to correctly classify the defect.

The problem of correcting the width of the interdental space is engaged in aesthetic dentistry. It has long gained popularity in European countries, and today it is becoming more and more in demand among us. We can say that this direction of dentistry conducts plastic operations on the teeth. The competence of physicians in this area includes solving the following problems: correction of occlusion, closure of the diastema, restoration and bleaching of the enamel. The work of specialists uses only the latest achievements of science, based on modern developments of scientists. 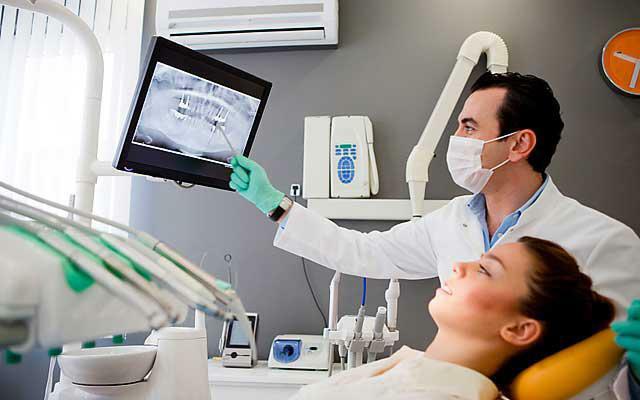 It should be noted that any form of diastema can be corrected. Treatment of the defect begins after the diagnosis of pathology. Visual inspection allows to assume the type and degree of deviation, to get an idea of ​​the required manipulations. After this, the patient is assigned a targeted radiography. With the help of this diagnostic method, the doctor can consider the location of the roots and identify the retinas.

Removing jaws is another way to detect the diastema, determine its type and stage of development. This method of diagnosis also allows you to assess the position of teeth and bridles in the oral cavity, incline incisors. Based on the results of the examination, the physician selects the most effective way to eliminate pathology: therapeutic, orthodontic, orthopedic or surgical. Each treatment option is described in more detail below.

Diastema is a complex dental defect, which is easier to eliminate in adolescence. One of the most popular methods of correction is considered therapeutic. In a short time with his help, a smile can return the missing attraction. Restoration is performed only on the molars, and in its technology resembles a standard filling.

At the initial stage, the doctor examines the oral cavity. In case of detection of carious teeth, their treatment is carried out. Then the dentist proceeds directly to correction of the defect. He builds up tissue on the front incisors, forming between them an artificial septum. After the next layer the surface of the teeth must be ground and dried under a special lamp. The procedure of restoration is absolutely painless and has no contraindications. With her help, you can remove the diastema in just one session. 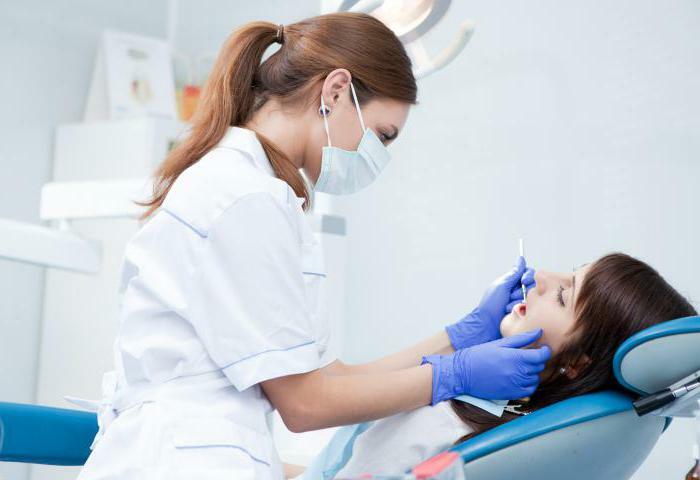 Installation of veneers or crowns

Any center of aesthetic dentistry today offers correction of the interdental gap with the help of veneers or crowns. What is the difference between these systems?

Veneers are the finest plates made of ceramics. To mask the diastema, they are glued to a special glue on the front of the tooth. Before the installation, the surface of the incisors is thoroughly polished, fluorinated and processed with gel. The color of materials is selected individually.

Ceramic plates have several advantages. They do not cause allergic reactions, are characterized by high strength, do not stain from food. Among the main disadvantages can be identified only relatively high cost. In addition, veneers are not placed on children's milk teeth.

If the financial issue is acute, and the removal of the diastema is simply necessary, you can resort to the help of crowns. This is an inexpensive option of masking the interdental scherbinka. The crown is made of cermets. Outwardly it resembles a cap. The crown covers the tooth completely from the outer and inner sides. Before its installation the dentist carefully sharpens the incisors, so that the "cap" tightly adheres to the bone tissue. 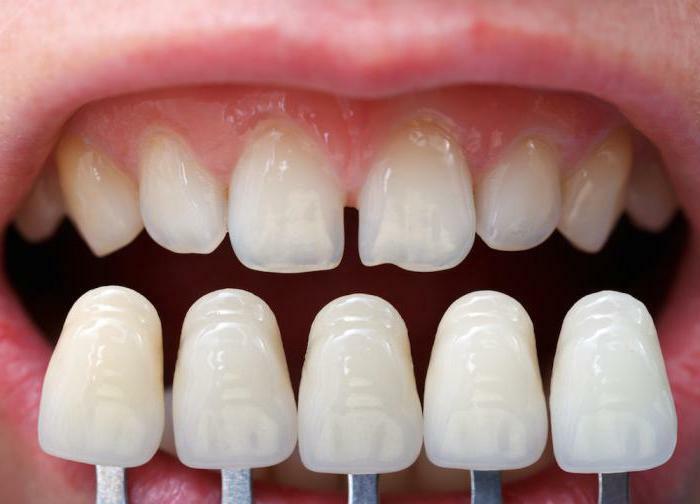 Use of bracket systems

Orthodontic treatment of teeth is another way to correct an anomaly, such as a diastema. Braces are recommended for children who have recently changed their milk cutters to permanent ones. The metal structure is attached to the outer and inner sides of the jaw. The duration of treatment can vary from 6 months to 2 years.

Adults get rid of scrape with a bracket system is much more difficult. The jaw is already fully formed, so it's hard to correct. The duration of treatment can be up to 3 years. After removing the metal structure, there is a risk of backward divergence of the teeth. A low-growing bridle is one of the common reasons why a diastema appears. Treatment in this case implies the conduct of an operation. The procedure is performed under local anesthesia using a laser. Recovery takes place very quickly, and additional manipulation is not required. The result of the intervention does not appear immediately, but over time the schepin disappears. 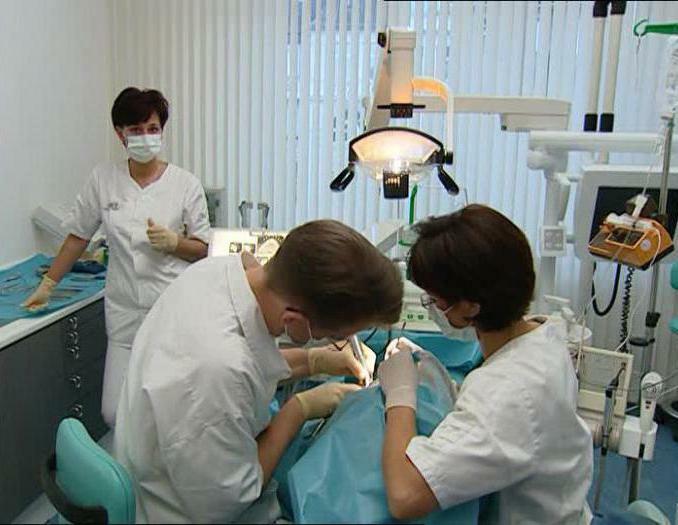 Diastema is a rather unpleasant defect in the oral cavity, which can be prevented. To prevent the appearance of the interdental gap, you must regularly go to the dentist, get rid of addictions. This is especially true for young children, because at a young age it is much easier to correct such violations.