Myocarditis in a child is relatively often diagnosed in modern medical practice. It should immediately be said that this ailment is dangerous and in the absence of treatment can lead to serious complications. That's why many parents are interested in information about this disease. Why such a malady develops even in infants and what symptoms need to be paid attention? What does the therapy look like and what are the predictions for the young patients?

Features and characteristics of the disease

The term "myocarditis" refers to a disease that is accompanied by an inflammation in the heart muscle. This ailment is diagnosed in patients of different ages. Myocarditis in a child or adolescent can hardly be regarded as a rare case. 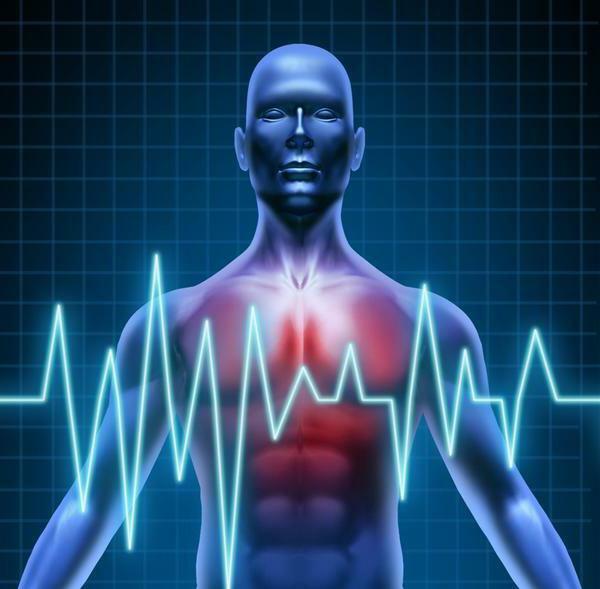 Causes of inflammatory myocardial damage can be very different, ranging from penetration into the tissue of infection and ending with severe allergic reactions and intoxications. Quite often the inflammation covers not only the heart muscle, but also adjacent structures, including pericardium, vessels and other organs.

The main causes of myocarditis

It is believed that inflammation of the heart muscle can be associated with almost any known form of infection: 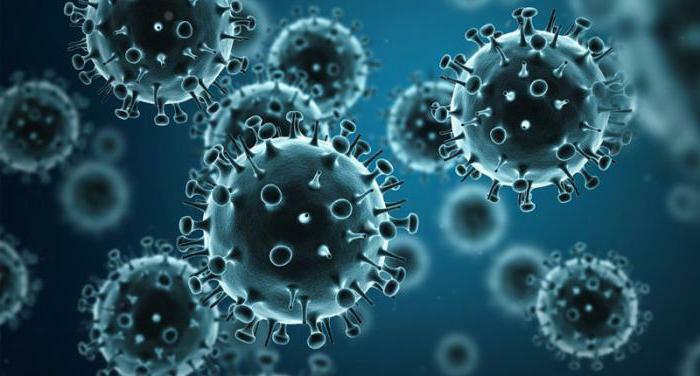 As you can see, there are a lot of reasons why myocarditis develops. Diagnosis should include the search for a primary disease, because the success of therapy depends on this.

Forms and varieties of the disease

There are several classification schemes for this disease. Above we have already considered the variants of the development of the disease depending on the cause. But during the diagnosis, specialists pay attention to other factors: 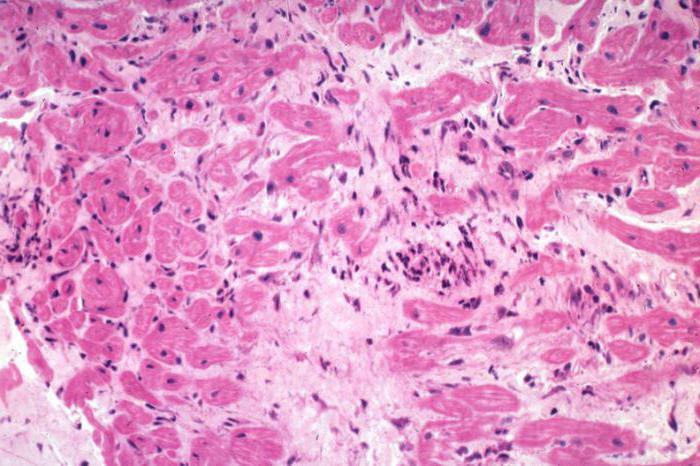 How does myocarditis develop in children? The main stages of

Myocarditis in a child develops in several stages - in modern medicine there are three:

The process of diagnosis and examination of the child helps the doctor to find out the form of the disease, its causes, and also the stage of development - only after obtaining these data can a truly effective regimen of treatment be made.

Symptoms of the disease in the newborn

Symptoms of the disease depend on many factors - here it is worth taking the age of the child, the origin and form of the disease. The most severe myocarditis in newborns. The kid slowly gaining weight, becomes drowsy and inactive, because even the process of feeding it is very tiring. The skin of the child is pale, often acquires a gray shade. 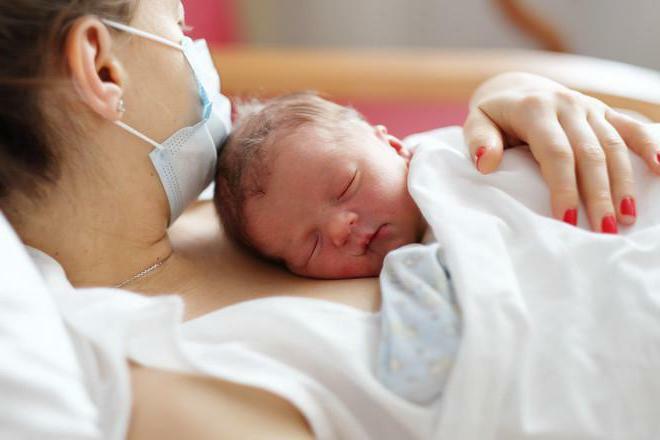 Another symptom is shortness of breath. First, it appears during periods of activity - the baby quickly and heavily breathes during dressing, bathing, defecation, feeding. As the disease progresses, breathing difficulties can already be observed in a calm state. Because of developing heart failure, there are swelling - sometimes they are very pronounced, due to which the weight of the baby increases dramatically. Examination of the child can reveal an increase in the liver and spleen.

In older children, the clinical picture looks different. Within 2-3 weeks after the primary infection, myocarditis is not manifested at all. Then the symptoms become more pronounced. The signs of ailment include: 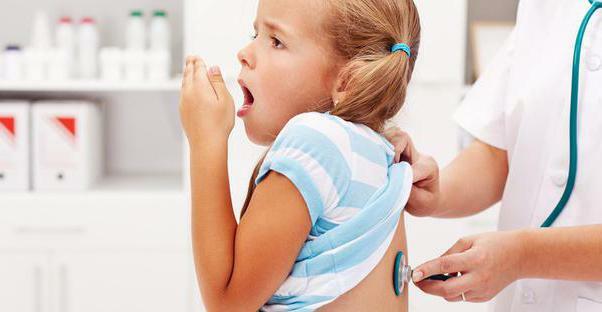 Myocarditis: diagnosis of the disease

With a similar disease, the correct diagnosis is very important. With a child, it is best to contact a pediatric cardiology center. For the diagnosis, the following procedures are necessary: ​​ 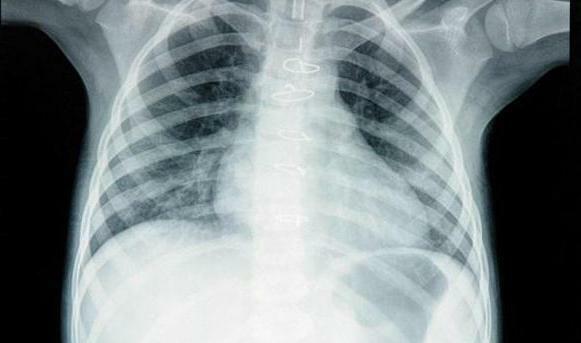 Treatment of the disease: what do doctors offer?

Of course, therapy depends on the cause and extent of the disease. For example, if there is a bacterial infection, antibiotics are needed, and for viral lesions, the use of antiviral drugs is indicated. Children are also prescribed immunomodulators, which allow to normalize the work of protective mechanisms.

To eliminate the inflammatory process, patients take anti-inflammatory non-steroid drugs( Voltaren, Brufen, Indomethacin).In particularly severe cases, steroid hormone drugs are used, which are more effective in controlling inflammation. To eliminate edema, diuretics are used to get rid of excess fluid. It is also important to include vitamin preparations in the regimen of therapy. If it is a chronic process, then a sanatorium treatment is indicated. If there is a persistent arrhythmia that does not lend itself to medical treatment, it may be necessary to implant a pacemaker.

Treatment is conducted in a hospital, it is desirable to choose a good children's cardiology center with good specialists. At the end of the course of therapy the child should still undergo regular examinations - first every few months, and then twice a year( with a favorable course of the disease).Echo- and electrocardiography, radiography of chest organs, blood tests should be done periodically - only so you can notice the relapse or the presence of complications in time.

The child's diet for myocarditis

Many parents are now interested in questions about why the child develops and what myocarditis is. Symptoms and treatment of the disease, its causes are, of course, important points. But it is worth considering that when a child needs a special diet( if it's not about babies).

Specialists recommend to give up simple carbohydrates - do not give the child a muffin, chocolate, white bread, pasta. You can replace them with baking without yeast. Also, do not abuse salt and spicy foods, fat varieties of meat and fish, rich soups and broths - it is better to eat low-fat chicken fillet and liver( by the way, it is desirable to prepare meals for a couple).Fish is allowed, but only if it is a question of low-fat grades. The number of eggs should also be limited.

The diet should include sour-milk products, fresh fruits and vegetables( except plums, quinces, hard pears and apples, grapes).Chocolate and other sweets can be replaced with honey, jam, marshmallow and marmalade.

Myocarditis in a child is especially dangerous in the first months of life - it is in this age group of patients that the most lethal outcome is observed. Forecasts depend on the form and severity of the disease. For example, the mild form of the disease sometimes does not require treatment at all. Bacterial inflammation is amenable to treatment, but with a viral lesion, the outcome of the disease may not be too good.

Adverse events are rarely recorded among school-age children and adolescents - as a rule, children quickly recover and return to normal life. True, sometimes during myocarditis in the heart formed sclerotic areas, which can cause heart failure in adulthood. 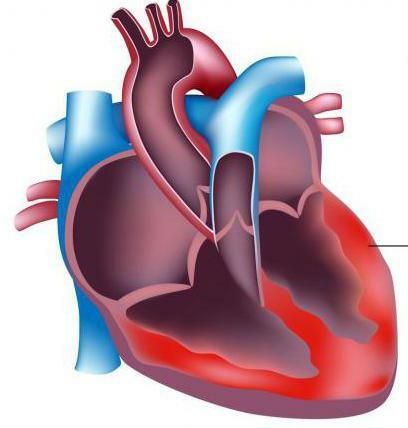 Unfortunately, there is no universal remedy for myocarditis. Nevertheless, experts recommend following certain rules. A pregnant woman should pay careful attention to her health, prevent the development of infectious diseases, avoid contact with toxins, and regularly take tests.

The state of the newborn should be carefully monitored - infectious and inflammatory diseases should be diagnosed and treated on time. When outbreaks of catarrhal diseases, whenever possible, do not allow the child to contact the infected people. Positively on the state of the immune system will affect proper nutrition, a clear daily routine, moderate physical activity and hardening.