Thanks to scientific research in the field of pharmaceuticals, the effect of medicines, the release of more modern highly effective medicines is constantly being studied. But there are a wide range of drugs that remain indispensable for decades. These include alpha-blockers.

Most often they are used in the medical treatment of hypertensive diseases, to reduce blood pressure, as well as a number of urological diseases, for example, chronic prostatitis and benign prostatic cancer.

The discovery of alpha-blockers in Russian pharmaceuticals was made in 1976.From that moment they were considered effective drugs reducing blood pressure. But their use is not always appropriate because of too many side effects. One of the first drugs of this group was Prazozin. Further, the release of other alpha-blockers, such as Doxasosin and Terarazine, was established. All of them, as well as Prazozin, are used to treat hypertensive disease, but differ from it by a more prolonged action. 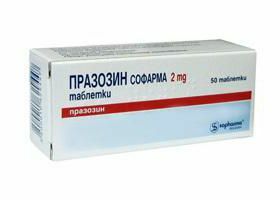 But also alpha-blockers differ in degree, location and functional purpose. The drugs will be presented below.

Adrenoceptors are divided into two subspecies:

The blockade of the alpha-1 receptors of smooth muscle vessels eliminates vasoconstriction provoked by catecholamines. In turn, the alpha-2 receptors located on the presynaptic membrane of the neuron are not blocked, which means that there is an integrity of the feedback mechanism that provokes the release of norepinephrine.

Selective 1( adrenoblockers) are antagonists of postsynaptic receptors. Such drugs eliminate receptor activity due to the effects of catecholamines in circulation and released by neurons.

In addition to the effect on lowering blood pressure, alpha-blockers( the drugs are listed below) have other functions. These are cardiac, metabolic, extracardiac therapeutic effects. Scientifically proven high efficacy of drugs in this group in the treatment of changes in the myocardium, coronary system, in the impact on proteins in the prostate. 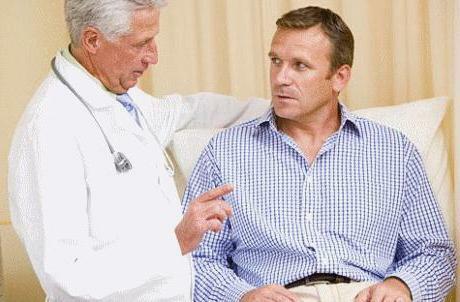 Alpha-blockers have a positive effect on reducing tumor growth and severity of impotence.

With caution because of the negative effect used for heart failure and angina.

As mentioned above, alpha blockers are often used to treat prostate diseases in men.

Male population over the age of 50 often suffers from this kind of disease, the first place being occupied by prostatitis and prostate adenoma.

These diseases have a very negative impact on the lifestyle of the person as a whole. Constant problems with urination, discomfort, progressive impotence have certain difficulties for men of any age. In addition, the above diseases are considered to be rapidly developing. Often not without surgical intervention. To stop the acute phase of the disease use medicines.

Scheme of curative action of inhibitors 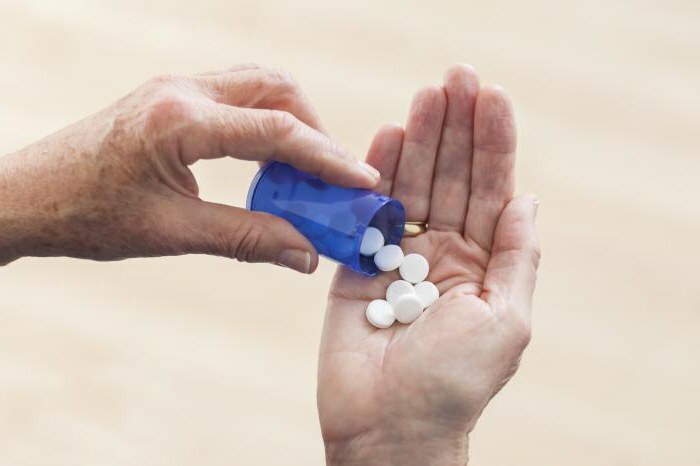 Excessive production of dihydrotestosterone causes a number of severe diseases, such as benign prostate cancer, cancer neoplasms, and other urological diseases of the prostate. At such a time, 5 alpha-reductase inhibitors are used as a medicinal treatment course. Their curative effect is the blockade of reductase, which in turn lowers the level of dihydrotestosterone, which provokes diffuse changes in the prostate.

The most popular drugs of this group are Finasteride and Dutasteride. They have a similar therapeutic effect, differ in the time of exposure and the regimen of administration.

The inhibitors of 5-alpha reductase inhibitors can be purchased at a pharmacy under the prescription of a doctor.

But despite the high effectiveness, medicines are used with caution and not in all cases due to a large number of negative manifestations and contraindications.

The main side effects of taking 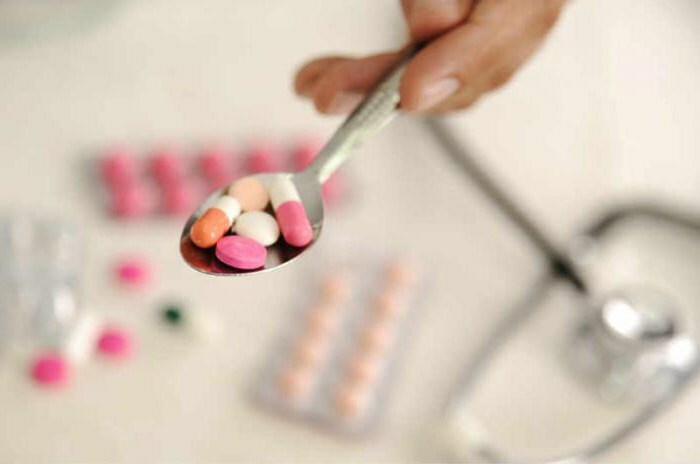 Therefore, alpha-beta-blockers should be taken with caution.

One of the most serious consequences is postural hypotension, which can occur already with a single dose of the drug. Its first signs appear after half an hour or an hour after taking the medication. This is mainly true of Prazozin. To prevent this side effect, it is necessary to prescribe the drug according to the growing intake schedule and preferably at night. 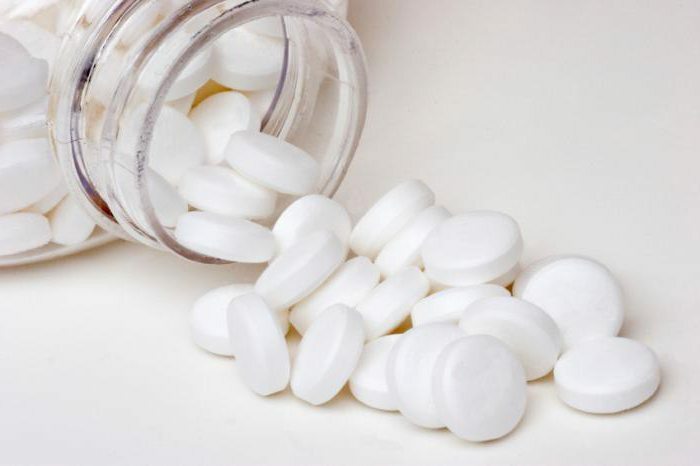 In connection with the above side effects, alpha blockers are prescribed in combination with diuretics to prevent fluid retention and pain medication to relieve pain symptoms.

Medications of this group are prescribed as an independent therapy, and simultaneously with other medications for the treatment of various diseases.

A number of diseases for which alpha blockers are used:

In what cases are not prescribed alpha and beta blockers?

The main contraindications for taking medications are:

Do not prescribe drugs of this kind when carrying the fetus and during lactation, as there have been no precise laboratory studies on this issue.

The main drugs of this group used to treat adenoma: 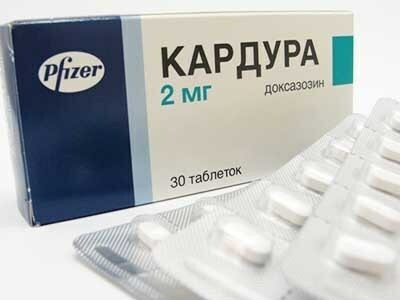 These drugs are based on alpha-blockers. The list goes on.

The mechanism of action of such drugs in the fight against adenoma is simple, they relieve the tone of the muscles of the prostate and bladder, thus contributing to the relief of urination.

Prescribe such medications with a treatment course with individual dosage, taken once or twice a day.

Assign medications to categories of patients with advanced disease who have difficulty urinating, and weaker drugs have not had the proper effect.

The main therapeutic effect begins to appear after a week of taking medications. After 14-21 days, there is a significant relief of the patient's condition.

For a high therapeutic effect, alpha-blockers and 5-alpha-reductase inhibitors are used in a pair. Data on the high effectiveness of the use of paired preparations are obtained as a result of medical clinical studies.

It is not recommended to combine the aforementioned medications together with medicines or dietary supplements against impotence. Can enhance the therapeutic effect of blockers, which is undesirable. The consequence may be a sharp drop in blood pressure.

When using medicines of this group for the control of adenoma, it is recommended to use other medicines to lower blood pressure. Accepted as an element of complex therapy, they may be less effective in treating hypertension.

For patients who do not suffer from hypertension in the fight against changes in the prostate gland of alpha-blockers, it is recommended that the level of blood pressure be constantly monitored.

It is important to understand that an overdose of such drugs can lead to undesirable consequences.