The asystole of the heart - what is it? Symptoms, causes, emergency treatment, treatment

Sudden termination of the cardiac muscle, accompanied by the lack of bioelectrical activity, is called "heart asystole" in medicine. What it is? What are the reasons for the appearance of this condition? How to provide emergency help to people in case of cardiac arrest? The answers to all these questions you can get further in the article. 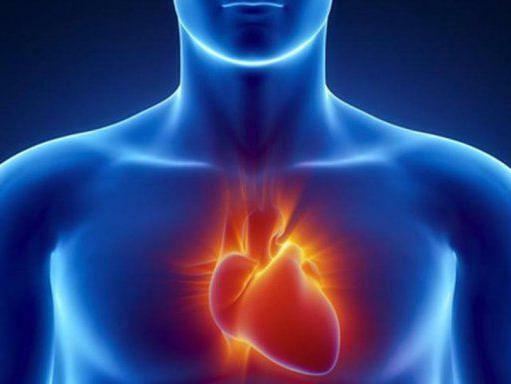 Types of occurrence of cardiac aspidology

The heart's asystole, the causes of which we are considering, is divided into the instantaneous and coming as a result of the already existing disturbance of the heart rhythm.

In the first case, against the background of well-being and absence of disturbances in the rhythm of the heart, it suddenly loses electrical lock-up, which resembles a short circuit. The reason for this is often acute heart ischemia, which, incidentally, leads to obesity, smoking, diabetes and hypertension.

And in the second case, with a long-term state of fibrillation( a scattered and uncoordinated contraction of the heart muscle fibers), rapidly circulating disordered electrical impulses arise that disrupt blood flow through the coronary vessels and, as a result, deprive the heart of the ability to contract, which leads to its stopping.

About 5% of severe cardiac pathologies result in the patient developing cardiac asystole. The causes of this life-threatening condition lie most often in the occurrence of an acute form of myocardial infarction or pulmonary embolism.

An asystole may be caused by an overdose of cardiac glycosides, antiarrhythmic drugs or anesthesia that affect the work of this muscle. To the cardiac arrest can also lead to electric trauma, intracardiac manipulation or general severe metabolic disorders. 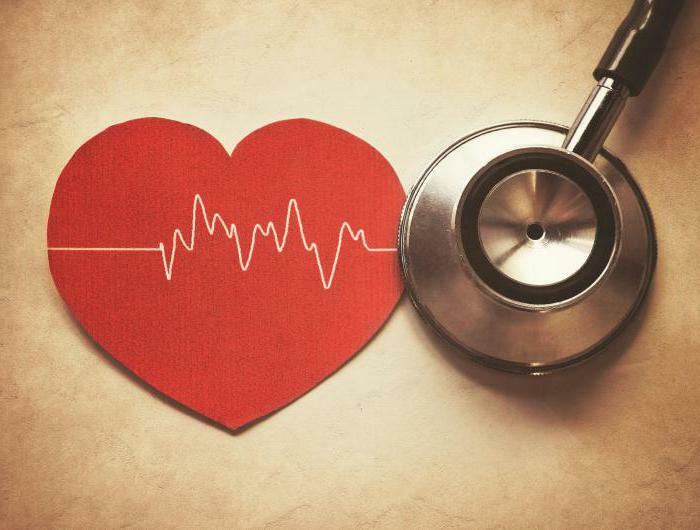 It should be mentioned that it is the asystole of the ventricles of the heart( complete stopping of their contractions), in contrast to that compatible with the life of atrial asystole, leads to the death of the patient.

This pathology does not apply to those rhythm disturbances that are provoked by increased ectopic excitability. The causes of its occurrence are conduction disorders with parallel suppression of the ability of the ventricles to rhythmically contract.

Most often, this condition can be the result of flutter or fibrillation of the ventricles and comes after them, and in some cases it provokes electromechanical dissociation or ventricular tachycardia. 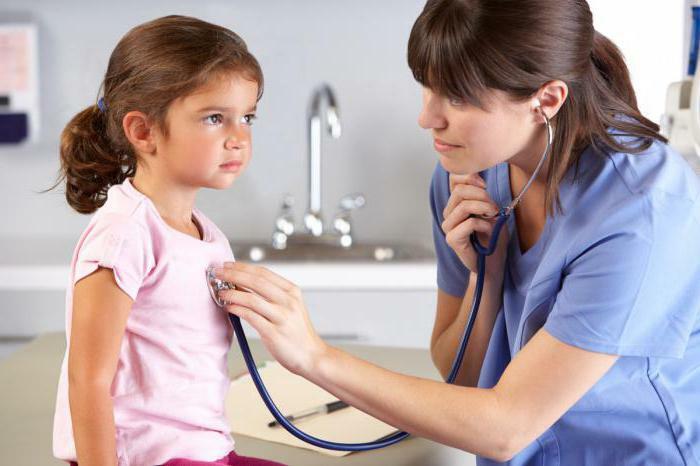 Manifestations of cardiac asystole in children

Asystole of the heart in children is most often provoked by trauma, poisoning and various types of respiratory distress( for example, airway obstruction, smoke inhalation, drowning or infection).

By the way, it is noticed that in 15-20% of young patients cardiac arrest is preceded by fibrillation or ventricular tachycardia. But the most frequent sign that the child is threatened by the development of asystole is the presence of bradyarrhythmia( a significant reduction in heart rate).

If children or adolescents have severe congenital heart pathologies before asystole, they can first observe the occurrence of frequent superficial breathing, hypotension and impaired consciousness. In some situations, cardiac arrest is preceded by a collapse with a short( less than five seconds) convulsive seizure.

How cardiac asystole is manifested in ECG

Asystole of the heart on the ECG is detected in the form of a practically straight line showing its electrical activity.

The characteristic signs of this condition include the incorrect rhythm of the atria, the inability to calculate the frequency of their contractions, while the ventricular contractions are absent. In some cases, when the atrium continues to contract for some time after stopping the ventricles, the atrial teeth of P.

can be identified on the cardiogram. An anterior element for the diagnosis of asystole may be the arrhythmia preceding the given condition. So, if it manifests itself in the form of early polytopic ventricular extrasystoles and ventricular tachycardia, then they will be followed by fibrillation and flutter of the ventricles, and an increasing blockade usually indicates the approach of asystole. 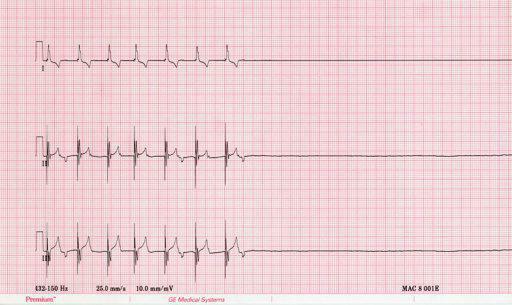 Symptoms that help to determine if a patient's heart has stopped is probably known to everyone, but we will still repeat them.

All these symptoms are dangerous for human life, therefore they require urgent resuscitation, which should be provided even before the arrival of an ambulance. Remember that to save lives, you are given a maximum of 10 minutes( so long after the heart is stopped, the human brain still lives).

So, if you have found a person with heart asystole, treatment of a patient, or rather urgent emergency help, is as follows: 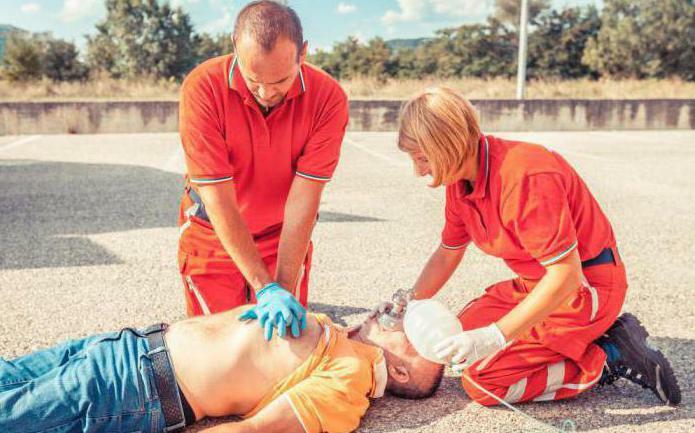 It's better if the two resuscitation measures described above do two people at once - one blows in the air and the other performs heart massage.

It is important to remember that if a patient can be saved, but this will be spent more than ten minutes, he can develop serious neurological disorders. Therefore, be collected and, most importantly, calm, only so the asystole of the heart( what is this you now, of course, understand) will be defeated.

Every 2 minutes, check the patient's condition - his breathing, pulse and pupil response, as soon as breathing appears, emergency help can be stopped. If a pulse appears, but there is still no breathing, continue with artificial ventilation.

Even if you can not bring the victim back to life, do not stop giving him first aid. It can be stopped only when ambulances arrive. They will use their methods to support the patient's life.

As mentioned above, rescuers do not have enough time to help a person who has an asystole of the heart. It's only 10 min. And, unfortunately, even in case of a favorable outcome, the victim may have the consequences of cardiac arrest, for example:

But you understand that the saved life still means more broken ribs, and therefore, do not hesitate to render urgent help to the person in need. 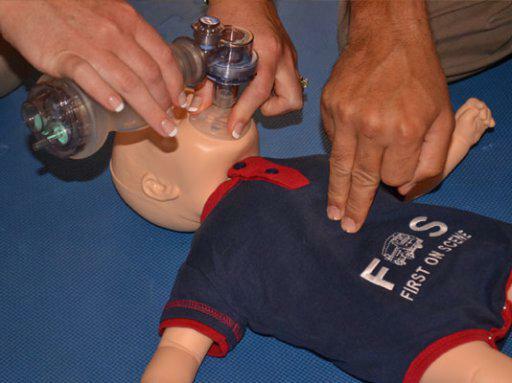 Features of emergency care for a child

Unfortunately, for infants of the first years of life, the resuscitation measures described in the article are especially urgent and, therefore, parents should know well what to do in cases when their child develops an asystole of the heart( this is an action thatsomewhat different from that used in the situation in adults, you, of course, understand).

And most importantly, do not give in to panic and act very quickly, as the above-mentioned time in the child is reduced to 5 minutes. First of all, call an ambulance.

Specialized resuscitation during cardiac arrest in the hospital is performed by intubation of the trachea( a flexible plastic tube through which mechanical ventilation of the lungs is carried) and a bolus( that is, a rapid, unlike a dropper)in a vein of preparations "Adrenaline hydrochloride" and "Atropine".

If an ineffectiveness of conventional doses is detected, these agents are administered every 5 minutes.inkjet. Then the dose gradually increases to 5 mg and is injected every 3 minutes.

In situations where there is no access to the veins, the drugs are introduced into the trachea, and the dosage thereof is doubled. Injections into the heart are carried out only in the case of impossibility of other methods of administration of drugs. 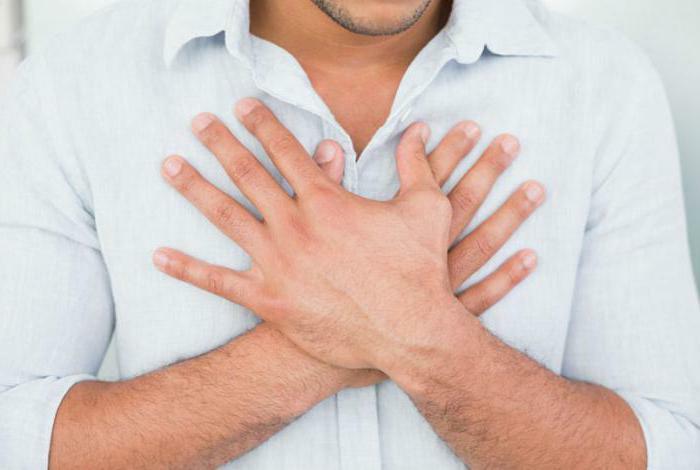 Is it possible to prevent asystole

We are talking in the article how dangerous is the asystole of the heart, what is this condition that can easily lead a person to death. But is it possible to avoid such an outcome? And how to prevent it?

In some cases, it's absolutely real. You just have to follow some preventive rules. So, regardless of the diagnosis, patients with cardiac pathologies should strictly follow the instructions of the attending physician - do not break the dosage of drugs and the timeliness of their use, monitor the level of physical activity and avoid using some of the medicines indicated by the specialist.

If necessary, such patients are assigned and medical devices in the form of cardioverter-defibrillators or rhythm drivers that support an adequate frequency of heart contractions. A close patient should be prepared for an emergency and know how to act in this or that case.

All details of primary prevention are necessarily discussed in detail with the cardiologist and are mandatory for implementation.