"Midokalm" is a muscle relaxant that affects the structures that make up the nervous system. This is a modern drug designed to eliminate pain, which is a symptom of many diseases. The medicine is well perceived by the body, its use does not lead to the development of a sedative effect. The medication is available in the form of tablets and a solution for injections."Midokalm", analogues are selected and appointed by a doctor. The form of the drug and the necessary dose depend on the severity of the disease and overall health. 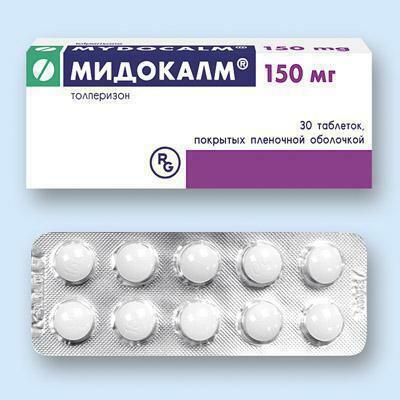 As a result of penetration into the digestive tract, the active component of the drug is well absorbed by the body. Its metabolism is carried out in the kidneys and liver. Excretion of "Midokalma" is made in the form of metabolites, which are found in the urine.

"Midokalm" is often used in neurological practice. Its use is necessary in the following cases:

"Midokalm"( analogues is not an exception) is contraindicated in cases of high sensitivity to its components. The medicine in the form of tablets is not prescribed for children under one year of age, the drug in the form of injections is not administered to children up to three months. The use of "Midokalma" is unacceptable in the presence of myasthenia gravis and myasthenic syndrome, the same applies to muscle hypotension, the cause of which is not clear.

The drug is contraindicated in patients whose bodies on tolperisone, lidocaine and other components react with allergic reactions. The effect of the drug on the body of pregnant women and breastfeeding patients has not been investigated, but it is possible to use it in the first trimester. Despite the fact that "Midokalm", the analogues of the drug are safe, they are used with caution during the period of carrying and feeding the baby. Usually, pills and injections are prescribed in those cases when the benefits for the future mother's organism significantly exceed the risks for the fetus and the newborn. During the therapy, breastfeeding is suspended.

Use of medicinal product, dosage

The preparation of this form of release is taken with eating, dividing the daily norm by 3 times and squeezed with a small amount of water( the tablet can be grinded into powder).In a day, adult patients are not recommended to exceed the dosage of 450 mg. Treatment begins gradually with a minimum dose of 50 mg. Observing the patient's health, the dose is gradually brought up to the amount that the necessary therapeutic effect on the body. After the end of the first course of treatment, the doctor may decide on the appointment of a second course.

"Midokalm", analogues of "Midokalma" in ampoules are administered intravenously and intramuscularly. In the first case, the drug in a volume of 100 mg is administered at a time, in the second - a dose of 200 mg is divided into two.

Anti-inflammatory and analgesic action of the drug strengthens niflumic acid, so during treatment there is a need for its use. 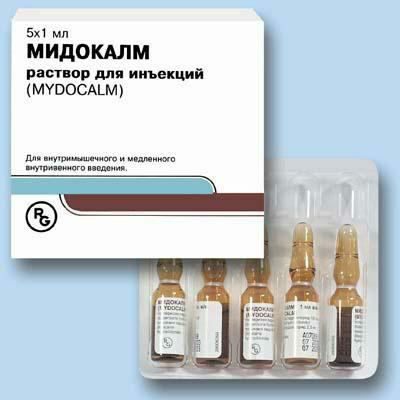 children As mentioned earlier, the minimum age for a child may be 3 months. Up to 7 years in the children's body, you can not inject the medication in a daily dosage of more than 5 mg / kg of body weight. The daily rate should be divided into three doses. Children from 7 to 15 years three times a day, administered a dose of 2 to 4 mg per kilogram of body weight.

If necessary, the doctor will choose an analogue."Midokalm" - injections or pills of medicines, which are full-fledged substitutes for the original drug.

The drug rarely causes unwanted reactions of the body. The highest risk of side effects is present in patients with increased sensitivity to the main component of "Midokalma".Possible manifestations are:

Usually, a decrease in dosage leads to the elimination of the negative effects of treatment.

If the dose has exceeded the recommended dose, the patient may experience shortness of breath, suffocation and convulsions. Negative manifestations, resulting from overdose, are easily eliminated by flushing the stomach. 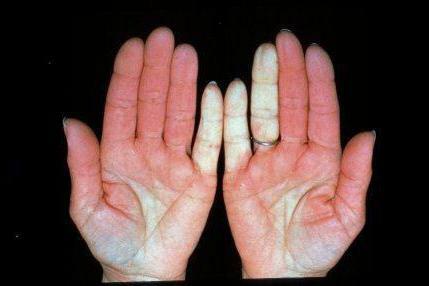 The preparation does not reduce the attention and quickness of reactions, therefore it is possible to engage in any activity during treatment with the medicine "Midokalm".Instructions for the use of analogues also permit to be taken during the execution of responsible works.

Since "Midokalm" when combined with niflumic acid enhances the effect it exerts on the body, the dose of this substance should be minimal.

The active ingredient does not lead to sedation, so the drug can be used with hypnotics and sedatives, as well as with drugs containing ethanol.

The effect of tolperisone is more pronounced when combined with Clonidine, peripheral muscle relaxants, and agents designed to provide general anesthesia. 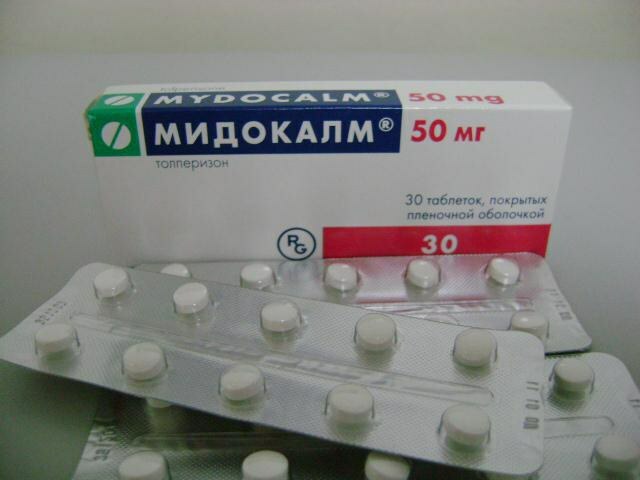 More similar to Medogamma than analogues. The price of substitutes is often lower. The cost of tablets "Midokalm" for 50 and 150 mg on average is 250 and 300 rubles.accordingly, the price of ampoules is 370-515 rubles.

As analogs, "Tolperisone hydrochloride", "Tolperisone" and "Tolperil" are mainly used. Their cost is approximately the same, the action is no less effective than that of "Midokalm".These drugs, being in the body of a sick person, quickly lead to anesthesia. They contain the same active substance, which is included in the medicament "Midokalm".Analogues can be used as a substitute.

As the reviews show, muscle relaxant helps to fight the negative manifestations of herniated discs, especially in cases when non-steroid means, whose action is directed to the removal of inflammation, does not eliminate the completely present painful sensations. In such situations, combined treatment is the best option. You can study, before taking "Midokalm" reviews. Analogues are cheaper, but they also give an effect. Although there is an opinion that the muscle relaxant "Midokalm" copes with the task in the best possible way. In some cases, the effect of its use can be seen after the first pill. This is an excellent tool for the treatment of inflamed joints. The reviews characterize the medicine as one of the popular drugs for improving well-being in osteochondrosis( breast and neck).