"Ritmonorm": analogues, price, instructions for use

"Ritmonorm" - a drug with antiarrhythmic action. When using medicines, sodium channels are blocked. The drug has a direct membrane-stabilizing effect, it affects myocardiocytes. Before the beginning of the treatment, the properties of the Ritmonorm drug, instructions for use, reviews, analogues are studied. Let's consider this information in more detail. 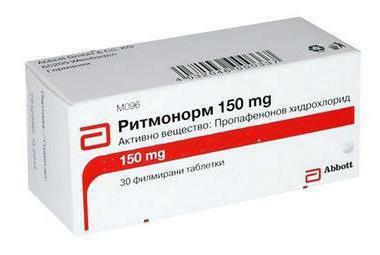 The preparation is manufactured in the form of coated tablets. The active substance used in the formulation is propafenone hydrochloride. Each tablet contains 150 mg of the active ingredient. The tablets also contain auxiliary substances such as titanium dioxide, microcrystalline cellulose, corn starch, magnesium stearate, hydroxypropylmethylcellulose 2910 and croscarmellose sodium. Among other additional components - macrogol 6000 and macrogol 400, purified water.

The maximum possible speed with which the action potential can be depolarized( phase 0) is reduced, in the same way the drug acts on the amplitude in the fibers( applies to both ventricular fibers of contractile and Purkinje), slows down the automatic realization. The Purkinje fibers are carried out more slowly, the time during which the execution is carried out, realized in the atria and the node sinoatrial, is prolonged."Ritmonorm", analogues of the drug have no effect on the corrected time necessary to normalize the function performed by the sinus node during the period of electrical stimulation, or this effect is minimal. Electrophysiological effects are better manifested in the myocardium with ischemia, the effects of m-cholino and beta-adrenergic blocking are poorly expressed. 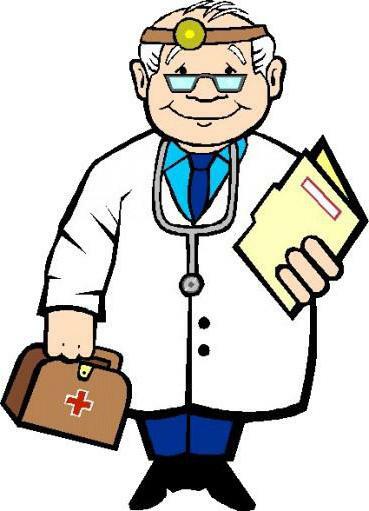 Ritmonorm drug, analogues of the preparation, contain in their composition substances providing inotropic negative action, which is usually present when the left ventricular ejection fraction is reduced.

The activity of the drug is characterized as locally anesthetic, there is a similarity with the activity of "Procain."The "Rhythm Monm" begins to function 60 minutes after internal use. The maximum effectiveness of the drug is found on average 2.5 hours after its entry into the body, the duration of the effect is maintained for an average of 10 hours.

With internal reception, absorption in the digestive tract occurs almost completely. Metabolism is carried out in the liver. The drug is partially excreted in about 5 hours, removed from the body by kidneys in the form of metabolites and liver, is present in the bile.

"Ritmonorm", analogues of the remedy are prescribed for the treatment of the same diseases. Tablets are used in the following cases:

Contraindications are as follows:

"Ritmonorm", analogues of the medication is forbidden to use the first three months if a person underwent a myocardial infarction or has a reduced value of the left ventricular ejection fraction. The exception is patients who have been diagnosed with ventricular arrhythmia, a condition that threatens not only health but also life.

Some conditions require caution, during the period of treatment you need careful medical supervision. 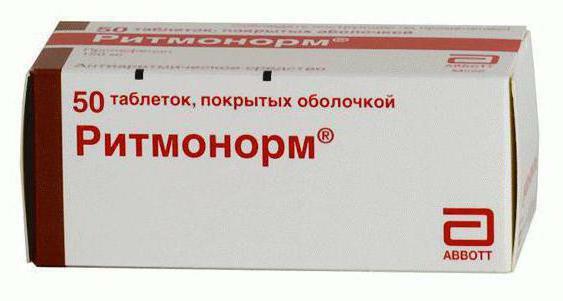 Tablets drink after eating, swallowing whole. The duration of the course of treatment is set by the doctor taking into account many factors. The same applies to the dose of the "Ritmonorm".Analogues the price of such drugs( lower) does not make poor and ineffective means. These drugs also perform well the task, but their effect may be slightly different.

At the initial stage it is recommended to be treated in a hospital. Adult patients with a weight greater than 70 kg are prescribed therapy based on a triple intake of the drug. Usually the dose of the drug, intended for use at a time, is 150 mg.

In cases where the QT interval or the QRS complex is increased by 20% or more compared to those that were set before the start of therapy, the dose is reduced. There is another option - temporary cessation of treatment.

Increase the dose of the drug can be made, observing the interval of three days. In this case, it can be raised to a maximum of 300 mg twice a day( sometimes three times).

Patients in advanced age with a body weight not exceeding 70 kg are prescribed reduced doses of the drug "Ritmonorm"( tablets).Reviews, description, analogues of the means allow to evaluate the possibilities of the medicine and, if necessary, to replace it. 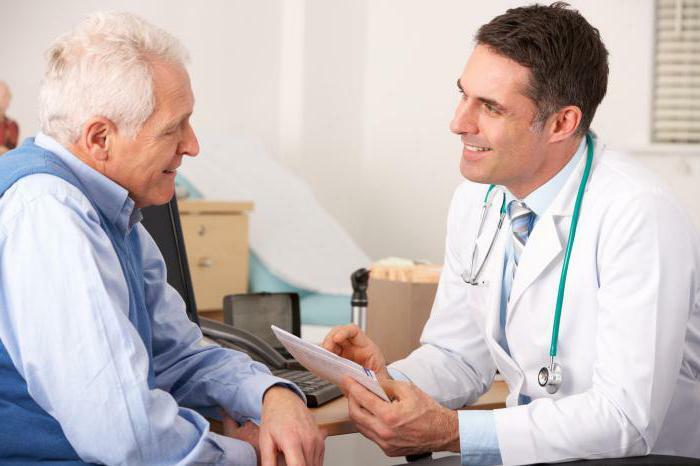 When the drug treats patients with liver problems, use a dose that is reduced by 20-30%( since cumulation can occur), with kidney problems - reduced by 50%.

The patient can be found negative changes in the cardiovascular and nervous systems, GIT.There may be abnormalities in the reproductive system and changes in laboratory indicators. Among other side effects - skin rashes( hemorrhagic), arthralgia. There may be bronchospasm, general weakness.

If necessary, you can stop receiving the "Ritmonorm".Analogues and drug substitutes must be chosen by a doctor. Cancellation of "Rhythm Monroma" is possible after consulting a specialist.

Treatment requires regular monitoring of electrolyte balance and ECG.Periodically, you need to monitor other indicators. 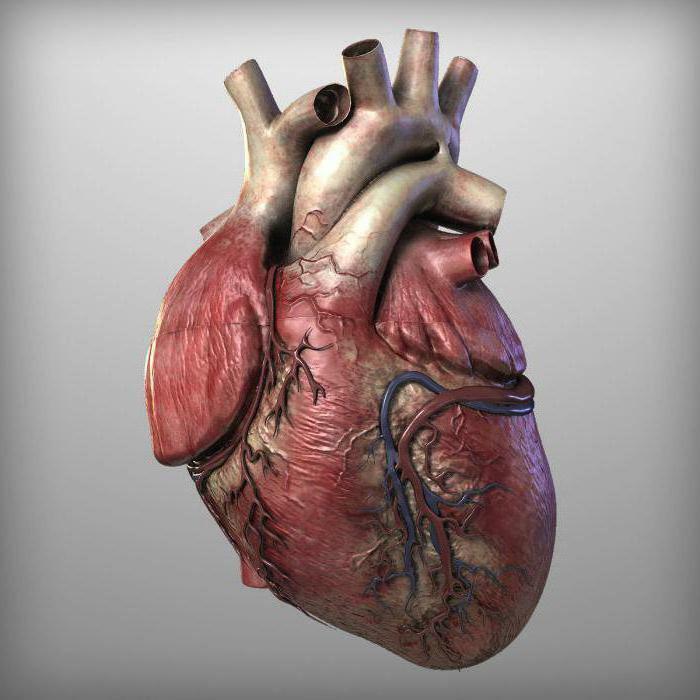 In the treatment of patients who have an implanted pacemaker, attention should be paid to the change in the threshold for pacing and defibrillation. Their increase makes it necessary to carry out a correction of the parameters with which the pacemaker works.

The drug should be taken with caution by those who drive vehicles or engage in activities that require rapid reactions and attention.

The price of the drug is approximately 545-700 rubles.for the packing of tablets( 50 pcs.).Among the known analogues are Profenan, Propastad, Prolekoffen. Often, doctors prescribe a substitute, "Propafenon OF 300" or make a replacement for the drug "Propafenone OF 150".If you want to choose an analog, you can give preference to "Propafenon" or "Propanorma". 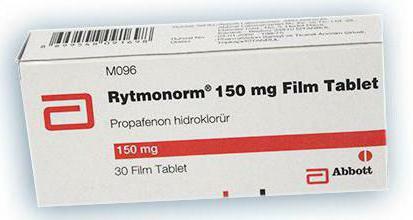 Before the treatment with "Ritmonorm" medication, analogs, price, instructions for use are not the only thing to be studied. It is useful to review the reviews. As the reviews show, the drug to someone can help, and someone does not bring any result at all. There are people who take medicine if they feel worse, and there are those who are treated according to the doctor's advice. If the expected result is not available, there is a need for an additional examination to adjust the established treatment regimen.