Today we will consider a popular tool for the treatment of fungal nail lesions, whose name is often mentioned in commercials. They promise a quick release from the ailment that this therapeutic varnish should provide. Is it easy to cure an importunate fungus? This will help the treated varnish "Oflomil."Analogues, instructions for their use are also presented to your attention in the article.

"Oflomil"( lacquer), instruction, analogues of this tool are frequent inquiries in the search systems, because onychomycosis is a common disease. It is important to choose an effective remedy in the fight against this disease. Antifungal for external use "Oflomil" is available in the form of nail polish. The active substance is amorolfine hydrochloride. Auxiliary components in its composition: triacetin, methacrylate copolymer, methyl methacrylate, ethyl acetate, butyl acetate, ethanol. 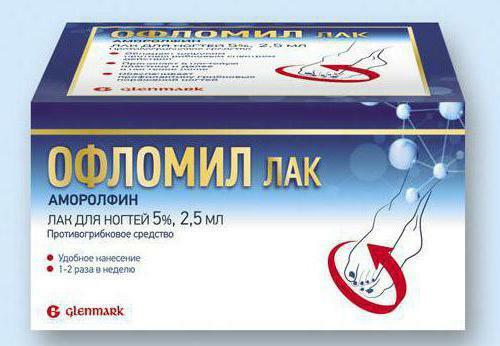 Effective in fighting various types of pathogens, both common and rare. These include dermatophytes, yeast, mold, dimorphic fungi, as well as families Dematiaceae. The drug is manufactured in India by the pharmacological company Glenmark Pharmaceuticals Ltd. Sold in a cardboard box, which includes a bottle of 2.5 ml with 5% varnish, applicators, nail files, cleansing tampons. One such package will cost an average of 900 rubles. Reviews indicate the high effectiveness of this tool.

Instruction for the application of the "Offmil" varnish

It is indicated for diseases of the nails - onychomycosis, if the lesion has spread no more than 2/3 of the nail plate. Contraindicated in case of hypersensitivity to the components of the composition, and it is not recommended to use it for pregnant and lactating women. The treatment is carried out 1-2 times a week for several months. First, remove the affected areas of the nail with a special nail file that comes with the medicine itself. Then clean the surface with the supplied alcohol tampon, then apply a varnish. Each time the procedure is repeated.

After application, the bottle should be tightly closed to prevent drying. Treatment is carried out continuously until the growth of a new, healthy nail. It can take from three months to six months for the nails on the fingers and up to 9-12 months - on the legs. Popular lacquer "Oflomil" analogs is no less effective, and some even more economical.

No less famous therapeutic varnish from the nail fungus "Loceril" is produced in France by the company "Galderma".Produced in vials of 2.5 ml( its price is about 1500 rubles) and 5 ml( a large package will cost 2500 rubles).Also included are nail files and alcohol swabs. The active substance of the drug is amorolfine, the auxiliary ones are triacetin, methacrylic acid copolymer, butyl acetate, ethanol, ethyl acetate. Its action is aimed at changing the biosynthesis and destruction of the cell membrane of the fungus. Effective against all known pathogens of onychomycosis. It can be used not only for treatment, but also as prevention. Contraindication is sensitivity to the components, pregnancy and lactation. 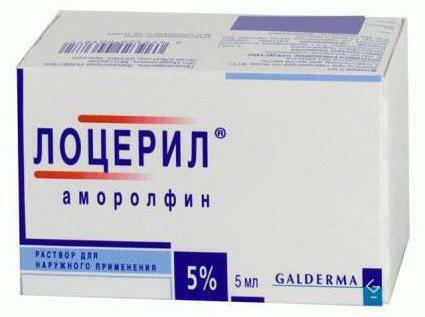 Just like "Oflomil"( lacquer), analogues under the brand name "Loceril" are applied 1-2 times a week until the nail is completely restored. Before application, it is necessary to remove the affected areas with a nail file from the package, clean with a wet swab. This is done before each treatment procedure. Apply the varnish to the entire surface of the nail, allow to dry.

Do not use "Loceril" varnish for the treatment of fungus in children, as there is no data on clinical studies and safety in this regard. The saws that come with the preparation are used only in the affected areas, the healthy ones should not contact them. It is not recommended to use false nails during treatment. When working with solvents or other household cleaning agents, protective rubber gloves should be worn.

Some consumers note that the price for "Oflomil"( varnish) is quite high. Analogues of it, however, are even more expensive. For example, "Batrafen" produced in Germany will cost about 2300 rubles for a three-gram bottle of an eight percent medication. 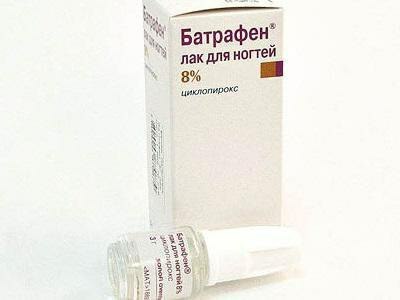 "Oflomil" - varnish from the fungus of nails. Analogues are issued in the same form, but may have other active ingredients in their composition. In "Batrafen" it is a cyclopyroxolamine, it has a high penetrating ability and an effective antifungal activity of a wide spectrum. Contraindicated with allergies to components, during pregnancy and lactation, children under 10 years. Apply the drug according to the following scheme: in the first month, varnish is applied after one day, in the second month - twice a week, in the third - once. The course of treatment should not exceed 6 months. Lacquer can be used in complex therapy with systemic antimycotics, which significantly increases its effectiveness.

Similar to the varnish from the fungus "Ofmol" analogs of Russian production are not lagging behind in quality, but much more economical in price."Demikten" has a natural basis, so it can be used to treat fungus in pregnant and lactating women, as well as in children. There are no side effects, the only contraindication is the individual intolerance of any component of the drug. 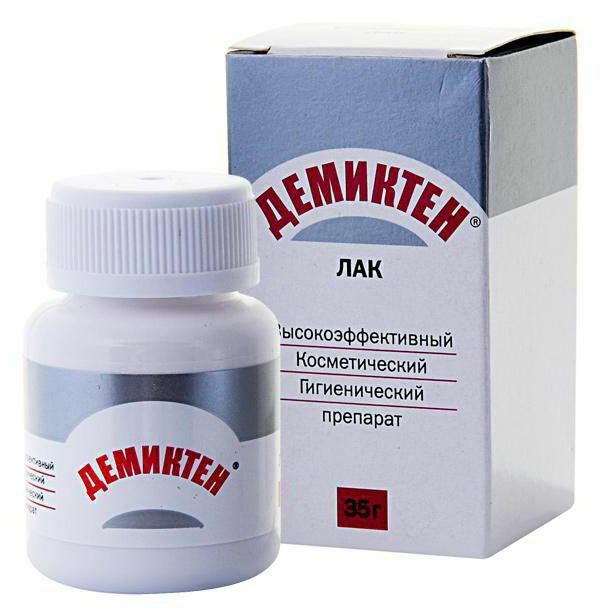 The pluses can be attributed to the fact that the product is not forbidden to use together with decorative varnish. It is also used as a prophylactic drug to protect against fungus before visiting the pool, sauna and other places where there is a risk of infection. This therapeutic varnish has not only an antifungal effect, but also an anti-inflammatory effect, removes puffiness, protects against infection through the creation of a film on the nails, and also removes corns, calluses, saves from unpleasant odors and excessive sweating of the feet. The main components of its composition:

Like the "Onlomil" lacquer, Russian analogs effectively treat nail diseases, but cost a lot less. The average price for a package of 35 grams is about 300 rubles.

Confirm the high efficiency of such a tool as "Oflomil"( lacquer) reviews. Analogues are not inferior to it in quality, and in some cases even surpass, not only by providing an antifungal effect, but also eliminating the fragility and delamination of the nails. These include the drug "Mikozan", produced in the Netherlands. 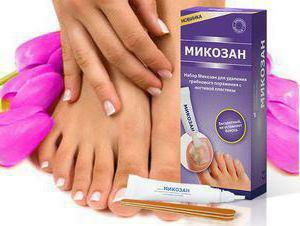 Produced in the form of serum in a 5 ml bottle with nail files included. It contains the filtrate of rye enzyme, dimethylisosorbide, pentylene glycol, water, hydroxyethylcellulose. Contraindications are children under 4 years of age and hypersensitivity to any component of the drug. The average price for packaging is about 1000 rubles.

Like the well-known lacquer "Oflomil", the analogs have the same strong properties against the fungus, despite the differences in the compositions.