Increased penis by surgical method: ways and reviews about them

Penis( penis) refers to the organs of the genitourinary system. Unlike women, in men, the urethra and the vas deferens exit through one anatomical opening. The size of the penis depends on the hereditary predisposition and the individual features of the constitution. In some cases, the increase or decrease of this organ is due to congenital anomalies or hormonal disorders. It happens that the size of the penis is within normal limits, but the man still believes that he is small. This phenomenon occurs quite often. Unfortunately, the "advertising" of a large penis has spread throughout the world. It is believed that the size of the penis affects the ability to conceive, as well as the fertility of men. Do not believe these statements, since these hypotheses do not have an evidence base. In addition, the ability to fertilize is due to the work of male sex cells( spermatozoa) and hormonal regulation, which is carried out thanks to the brain and testes.

The penis itself serves only as a duct for the seminal fluid. Another common opinion is that because of the small size of the penis a man can not deliver a partner the proper pleasure during sexual intimacy. For these reasons, many members of the stronger sex begin to complex. As a result, men think about the question of what a surgical enlargement of a member is. Nevertheless, it should be remembered: this intervention refers to the methods of surgical treatment. Therefore, you can not change the size of the body to all comers, who do not have indications for such a procedure. 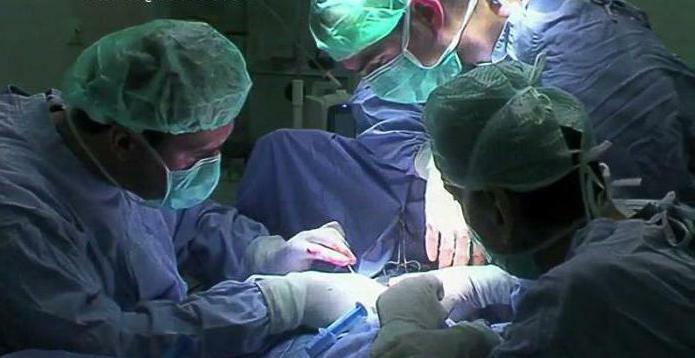 Complexity of men due to the fact that they have a "small" genital organ, is spread all over the world. Probably, this is connected with the propaganda of pornography, as well as with a huge amount of information filling the vast media. In addition, augmentation of the member by surgery is currently available to many. Advertising of such operations can be seen on the Internet, in private clinics, etc. Unfortunately, some men very closely perceive this information. As a result, many start to think about the size of their penis. Nevertheless, it must be remembered that there are anatomical standards for each organ. Not an exception and the penis.

The average length of the male genital organ is from 12 to 18 cm. This "size" is the most common. Moreover, a member, whose length is 10-12 cm, can also be attributed to a variety of norms. Pathology is the micropeniasis. Its length is less than 10 cm. In addition to these parameters, it is necessary to take into account the width( coverage) of the organ. With a micropenia, it is less than 8 cm. In this case, it is really possible to perform an operation - perform augmentation of the member surgically. This intervention is also acceptable for small penis sizes( from 10 to 12 cm in length).There are several types of surgery to increase the penis. Among them are simple surgical procedures that take several minutes, and complex( falloprosthesis). 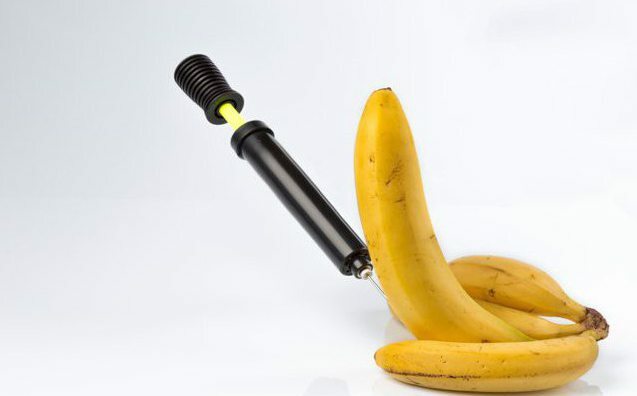 Why increase the male sexual organ?

To perform an increase in the member surgically, it is necessary to have indications for this. To carry out this operation can only an experienced specialist - a urologic surgeon( andrologist).Therefore, before deciding to increase the member surgically, a doctor's consultation is necessary. Most doctors who conduct such operations believe that a "small" sex organ is a more psychological problem. This is due to the influence of sexual relations on self-esteem. After all, unsuccessful sexual relations affect the morale of men much more than women. As a result, a "small" problem affects many aspects of the life of the stronger sex. Nevertheless, the surgical enlargement of the penis is not allowed to all. There are a number of indications for this operation. Among them:

In some cases, the procedure is carried out and in the absence of the listed indications. These include, for example, erectile dysfunction, not amenable to drug treatment. Thus the doctor independently makes a decision: to conduct operation or not. It depends on the general condition of the patient, the nature of the pathology of other organs, age, etc.

Methods for enlarging the penis

The penis is surgically enlarged in several ways. First of all, it is necessary to decide which correction is needed. If it is necessary to increase only the length of the penis, then a ligamentotomy is performed. This method allows you to "stretch" the organ for 2-6 cm. It is resorted to only in cases where the previous length of the penis was close to normal, and also if the patient does not have problems with erection. The thickness of the genital organ does not change.

Also relatively safe methods include muscle implantation and lipofilling. Both operations are designed to thicken the genital organ or its part - the head. Increasing a member surgically sometimes requires great efforts of doctors, and also has certain risks. An example is the operation "Perovik".Under this surgical intervention is meant complete separation of the head and cavernous bodies. Elongation is carried out by implanting the cartilaginous tissue into the vacated space. Another way to increase the genitalia is the falloprosthetics. This method is used only in cases where the erectile function of the penis is impaired. 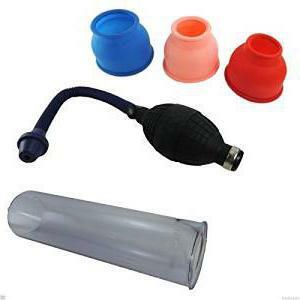 When are surgical procedures used?

An enlarged penis is not always welcomed by urologists. In some cases, doctors advise patients to try other methods first. After all, any surgical intervention has risks. This is especially true for complex surgical procedures, such as phalloprosthetics and Perovik surgery. In those cases when the genitalia has normal dimensions, and the man still requires it to increase, consultation of the psychologist is necessary. Sometimes this method helps a person avoid an unnecessary step. The same applies to patients in old age. In most cases, these people have many concomitant pathologies, in which a serious operation on the genitals can lead to serious consequences.

Therefore, before deciding to enlarge a member surgically, you need to think carefully and get advice from an experienced specialist. Indications for falloprosthetics are severe pathologies, in which the patient depresses not only the size of the penis, but also the absence of an erection. This operation is performed for patients with abnormalities of the genital organ, suffered traumas, as well as relatively healthy elderly men.

Another indication is the micropeniasis. Such surgical intervention as ligamentotomy is more common. The same applies to lipofilling the penis and transplanting the muscle tissue. Naturally, these procedures are not recommended for anyone who is not satisfied with their "size".Nevertheless, the indications for these interventions are not so limited. 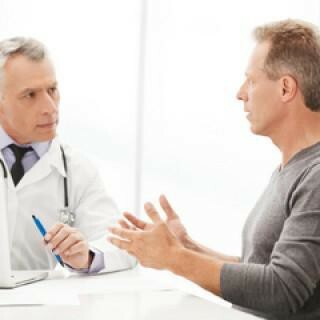 Ligamentotomy is an operation that is performed in order to lengthen the penis. Recently, the method has become widespread. This is because it rarely leads to complications, does not apply to severe surgical manipulation, is available to virtually every man who has a "small size" of the penis. This operation is contraindicated to representatives of the stronger sex, suffering from erectile dysfunction. The essence of such a surgical intervention is the intersection of the suspender ligament.

If you pay attention to the anatomical features of the male reproductive system, you can find out that part of the penis is "in reserve".This segment is located in the pubic region. The "reserve" part is held by a special bundle. With ligamentotomy, it is crossed. Thus, the organ is slightly increased. Immediately after surgery, the penis becomes longer by 1-2 cm. To achieve a larger increase, the organ is fixed with a special orthopedic device - an extender. It should be worn for several months. As a result, adhesive process is formed in the tissues of the penis. This contributes to the elongation of the organ and its fixation. After the formation of adhesions, the penis increases by 4-6 cm. 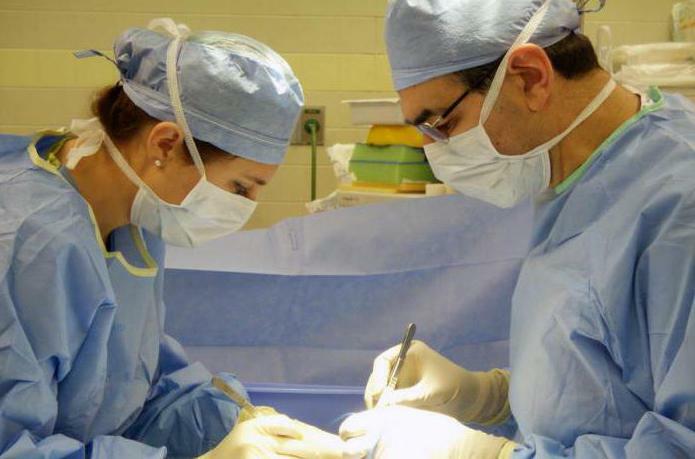 Thickening of the genital organ with the operation

In some cases, patients prefer to increase not the length of the penis, but its width. It is believed that this is how you can achieve the desired changes in the sexual sphere. There are 2 ways that promote thickening of the penis. Among them:

Prosthetics of the penis

"Classic" penis enlargement by a surgical method is a falloprosthesis. This operation is carried out only on strict indications. Among them, not only the "small size", but also sexual dysfunction. As a prosthesis used cartilage( operation "Perovik") or special elastic materials. Operation refers to complex surgical manipulations, therefore it is contraindicated for people with severe somatic pathologies. The best option is an implant with an inflatable mechanism. It allows not only to lead a sexual life, but also independently to regulate an erection. Unfortunately, not many can afford such an implant. Therefore, the patient is given a choice of prosthesis. At present, implants are made only of flexible materials. 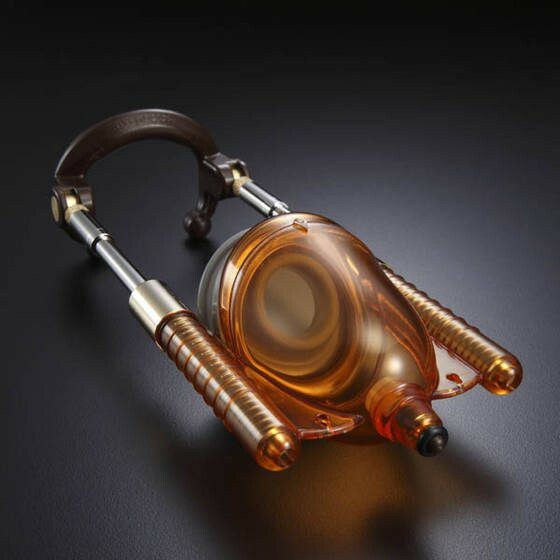 How to enlarge a penis without surgery?

An enlarged penis without surgical interventions is also widely practiced. It is recommended for patients who have contraindications to surgery. For this, special vacuum devices and extenders are used. In the first case, the length of the penis practically does not change, but the penis increases in diameter. Vacuum plants contribute to changes in blood circulation in cavernous bodies. To extend the penis, it is recommended to wear a special retainer - extender. Thanks to him, the penis is gradually stretched. In order to achieve this effect, it takes about six months. As a result, the length of the penis increases only by 2-3 cm. Therefore, it is recommended to combine this method with ligamentotomy.

The increase in the male genital organ is performed by urologists, in some cases plastic surgeons are needed. Doctors do not recommend surgical methods of lengthening or widening the penis, if this is not necessary. According to doctors, such operations should be carried out only on indications. If the size of the penis is slightly below normal, surgeons advise the patient to first try non-surgical methods to increase the penis. With a preserved erection, such operations as ligamentotomy and lipofilling are recommended. If necessary, a falloprosthesis is performed. This method has both advantages and disadvantages. The result largely depends on the choice of the implant.

Reviews of patients who underwent an operation to enlarge the penis are inconsistent. Mostly men are satisfied with the result. This is especially true for penile prosthesis using a good implant. Also, patients notice lengthening of the penis after ligamentotomy. Lipofilling also proved to be an effective procedure. Some men are unhappy that the result is short-lived. In some cases, after lipofilling, there is a non-uniform redistribution of adipose tissue in the penis.