What is a hookah portable?

Fans of the non-standard way of smoking, who are unable to part with their habit for a long time, may not worry, because now for these purposes there is a hookah portable. What is such a device and how does it differ from the usual models?

The first person to solve a similar problem was the Chinese company Mitsuba. Established in 1997 in Guangzhou, the enterprise devoted much time to the development of different models of hookahs and all kinds of accessories to them. In addition to products intended for mass consumers, the company is engaged in the production of individual and even exclusive products. The latest novelty of the company was a hookah portable. 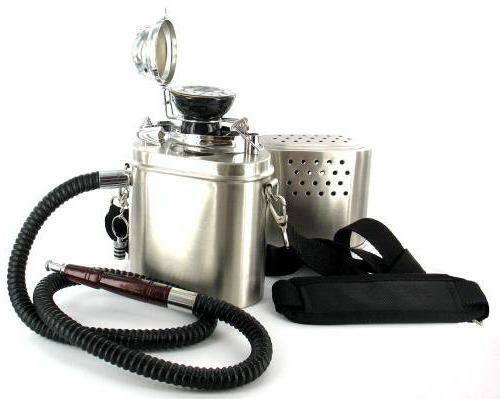 This device consists of the following main parts:

This hookah portable can safely take along on the road. The device is very convenient and practical. It can be easily moved from place to place and smoke even on the go.

Hookah portable is very easy to handle. In order to smoke it, it is necessary to perform the following actions:

After that, it only remains to fasten the belt and put it on your shoulder. In this position the hookah can be worn without fear of any negative consequences. Being at the level of the hips, it absolutely does not interfere with walking and helps to feel comfortable in any situation.

In recent years, many countries have raised the issue of reducing the level of danger for smokers. Therefore, a timely hookah tube appeared on time. In principle, this device is more like an additional element for cleaning the smoke. It is intended such a device for smoking shredded tobacco and even ordinary cigarettes. 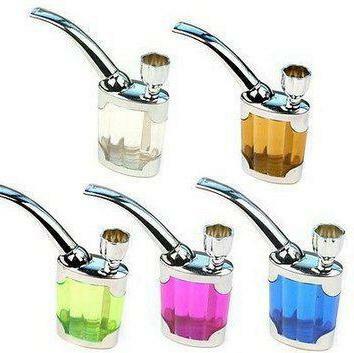 Externally, the device is similar to the usual handset, but some of its components perform somewhat different functions. In a collapsible form, this hookah consists of two parts:

The metal parts are made of brass and are completely ecological. In order for the device to start working, it is necessary: ​​

After this, you can drag on and continue to smoke, choosing a convenient place for yourself. In principle, the device works like a normal tube with only one difference. The smoke that the smoker inhales is further purified by water. In addition, instead of tobacco, a conventional cigarette can be inserted into the thimble.

Manufacturers from China do not leave hookah fans without attention. So, quite recently a quite interesting mini-hookah appeared on sale. A small portable unit is a plastic cylinder with a side opening. 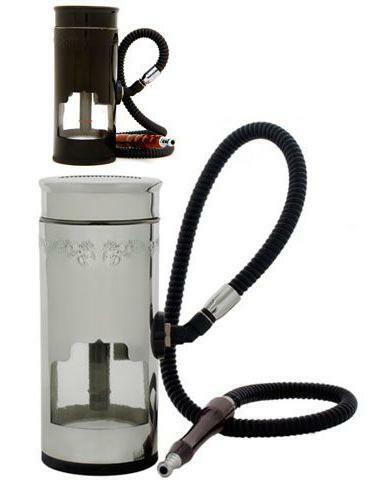 In its upper part there is a groove in which consumables are placed with special forceps. And to isolate them from the environment, a lid is provided. A silicone hose with a mouthpiece is inserted into the cylinder bore. The device is very compact. Its height does not exceed 20 centimeters. The length of the hose is about one meter. This allows you to freely hold it in your hand by placing the main structure in the car or on the table. Manufacturers offer different color solutions to the device so that the owner can feel as comfortable as possible during smoking. The device is externally simple, but it allows to solve one main problem - to smoke in any place and when you want.

Now many people want to buy a portable hookah. The purchase price will depend on which model the future owner chooses for himself. After all, most of the products offered are manufactured in China, so the producer country in this case does not play a role. The cost of such products also depends on the equipment. Some manufacturers implement only the basic device. All the rest the smoker should buy independently. The most expensive of all, of course, will cost the customers a hookah on the belt from the company Mitsuba. 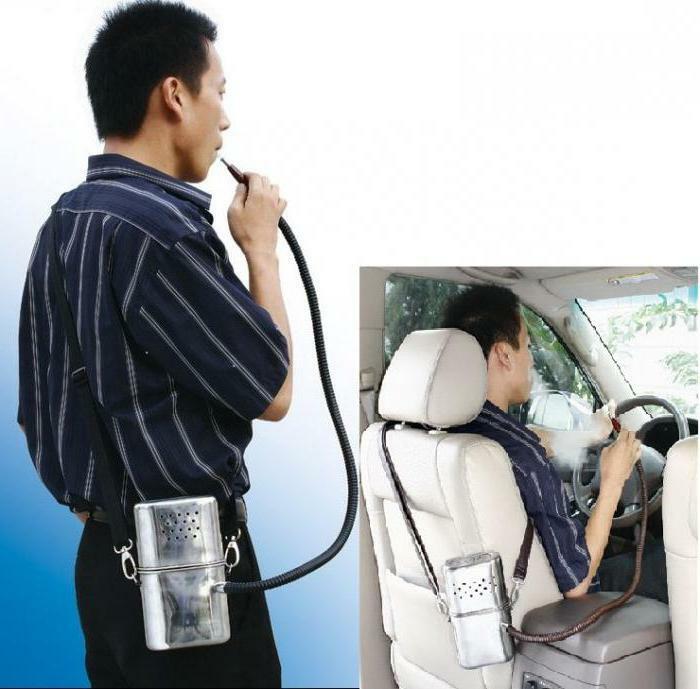 In stores, its minimum price is 2000 rubles. This is understandable, because such a device is more like the rest of the original model of a popular device. So, plastic cylinders "Mini Shisha" cost from 20 to 25 dollars. And more simplified models, provided they are not fully equipped, can cost only $ 2.5.This is quite a bit, considering the huge desire of the smoker to become the owner of the hookah.