One of the most common infections of the viral etiology is rubella. This disease usually occurs in mild form, rarely accompanied by complications. On the other hand, infection of a pregnant woman poses a serious threat to the health of her future baby. In a number of cases, the ailment causes developmental defects in the fetus and its intrauterine death.

Rubella is an infection of the viral etiology, characterized by the appearance of rashes on the skin and moderate intoxication. For the first time the disease was fully described by F. Hofmann in 1740.After only 140 years, a unanimous decision was made to separate pathology into a separate nosological group. 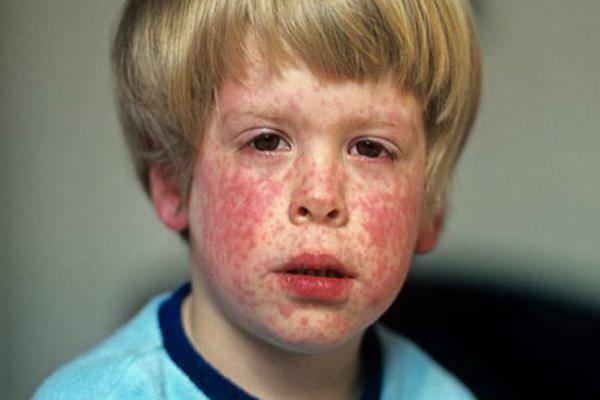 Today, the prevalence of the disease has significantly decreased. Such results were achieved thanks to the policy of vaccination of the population. Despite this, about 100 thousand new cases of infection are recorded every year. Every 3-4 years the incidence rate increases, and then goes to a decline.

Sources of infection and modes of transmission

Rubella is a disease of the viral etiology. Most often it is diagnosed in children. In the role of its causative agent acts RNA-genomic virus, which has teratogenic activity. He is comfortable to exist only in the human body. In the external environment, it quickly dies under the influence of ultraviolet light, due to insufficient humidity or changes in pressure. In low-temperature conditions, the virus lives for a very long time and can maintain its ability to reproduce.

The source of infection is usually a person with severe( rarely erased) signs of rubella. A week before the rashes and even for five days after ruby ​​virus is released into the external environment. In the epidemiological plan, the most dangerous are children with an innate variant of the disease. In this case, the pathogen enters the external environment together with feces, saliva or urine for several months. Favorable conditions for infection are organized collectives( kindergarten, school).Therefore, patients are isolated immediately after confirmation of the diagnosis of "rubella". 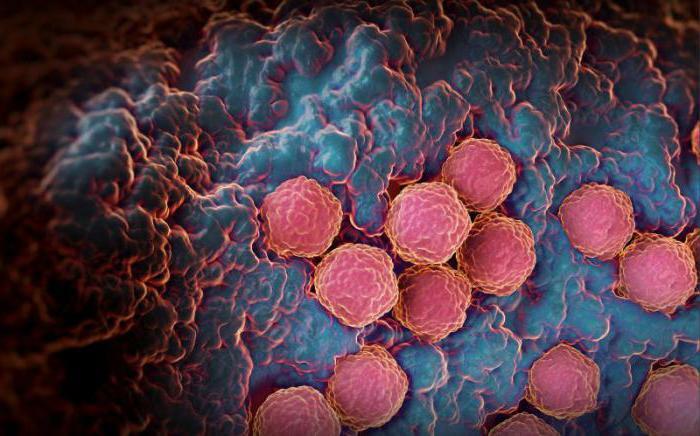 How is the infection transferred? In total there are two ways of transmission of the disease - airborne and transplacental. The mechanism of the development of this disease has been studied undiscovered. The rubella virus enters the human body through the mucous membranes of the respiratory tract. Then it begins its activity, settling on the cells of the skin and in the lymph nodes. The body reacts to the introduction of agents by the formation of specific antibodies. During illness, their volumes in the blood stream are constantly increasing. After recovery, a person remains immune to the virus for life.

The duration of the incubation period is about 15 days. The next catarrhal period is 3 days. In small patients, the symptoms of the mucous membranes of the upper respiratory tract are very rare. Adults usually complain of photophobia, severe headaches, runny nose, cough and lack of appetite. On the first day of the disease, 90% of patients have rashes on the background of skin itching. They look like small pink spots of regular shape that rise above the surface of the skin.

Rash with rubella initially appears in the face area, behind the ears and around the neck. Within a day, it rapidly spreads to other parts of the body. It should be noted that exanthema never appears on soles and palms. Sometimes single spots are found on the oral mucosa. In 30% of cases, there are no rashes, which greatly complicates the diagnosis. Among other symptoms of this disease, a slight increase in temperature can be noted. Rarely patients complain of pain in the muscles, a violation of the digestive tract. 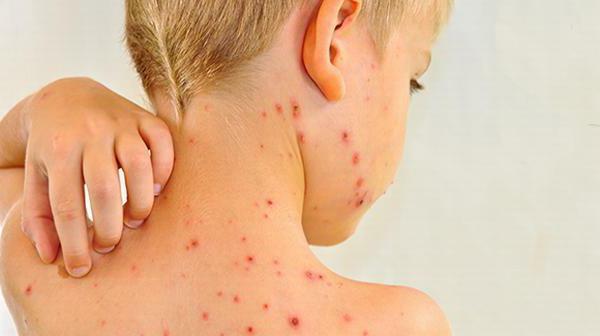 Depending on the route of infection, it is common to distinguish two types of this disease:

Given the above facts, it is necessary to make one important observation. Illness of a rubella at adults is diagnosed extremely seldom. The vast majority of people are faced with this ailment in childhood, and the immunity is preserved for the rest of their lives. Currently, about 85% of women are immune to this infection by the time of onset of reproductive age.

Medical examination of the patient

Confirmation of the diagnosis usually does not cause difficulties. Initially, the physician conducts a physical examination and draws attention to specific symptoms( just above we have already told how rubella looks).The next stage of the examination is laboratory testing: 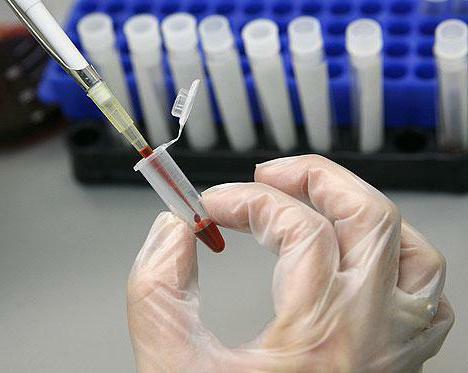 Basic principles of treatment of

A person who has already contracted rubella does not need emergency hospitalization. Special drugs against this ailment have not been developed, only symptomatic therapy is applied. It is important for a patient to adhere to bed rest, eat right and drink more water. In most cases, the rash with rubella remains only a few days. After recovery, the immunity is preserved for life. Sometimes the disease returns. Specialists explain this phenomenon with individual features of the immune system.

Only in case of complications, treatment in hospital conditions is indicated. Patients are assigned immunostimulating therapy( Interferon, Viferon).To prevent the development of cerebral edema, hemostatics, diuretics and corticosteroids are used. In the reconvalescence stage, patients are advised to take nootropic drugs to improve cognitive function. 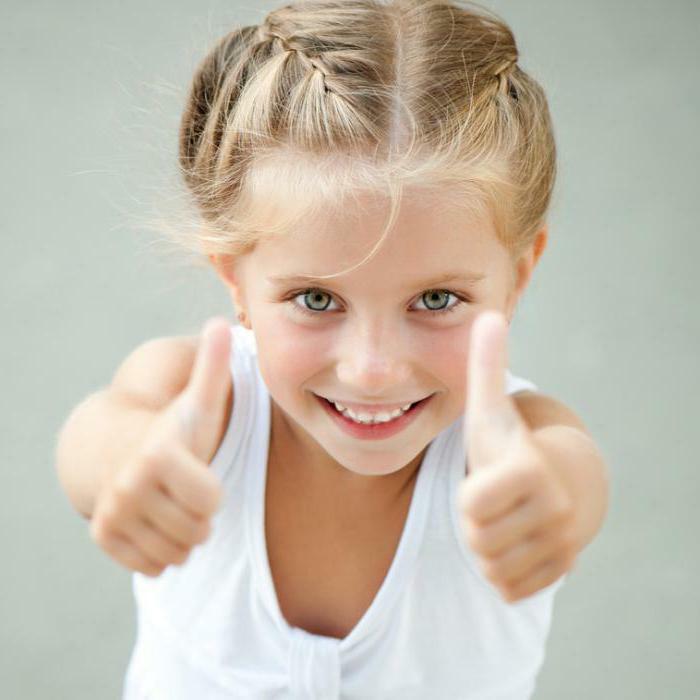 What is dangerous for rubella?

Complications of this disease are extremely rare. As a rule, they appear if a bacterial infection joins. Rubella in this case is complicated by secondary pneumonia, sore throat or otitis. In adult patients, lesions from the CNS are not excluded. This disease poses the greatest threat to women during the period of gestation. This will be discussed later in the article.

Consequences of this disease during bearing can affect his health. The virus penetrates the fetus through the placenta, affecting the endocardium and capillaries. Then the pathogen spreads to all the organs of the child, where it begins to multiply rapidly. Among the most common complications of rubella in pregnant women are: intrauterine fetal death, stillbirth and spontaneous abortion.

If a baby is born, the following disorders may develop with time:

Such complications lead to premature death of the baby in 30% of cases. In the first year of life about 70% of children die. Individual manifestations of the disease only occur at puberty. This is an autoimmune thyroiditis, diabetes, as well as a deficiency of growth hormone. In the blood of an infected child, the rubella can persist for several years. Specific treatment of this disease modern medicine can not offer. 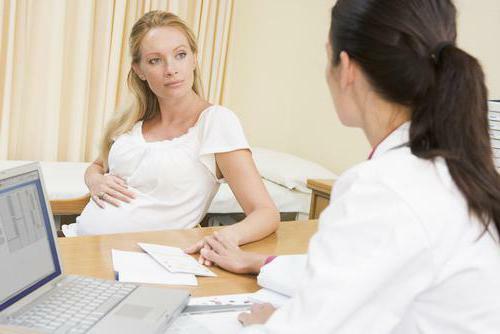 General preventive measures in the foci of infection are ineffective. It is almost impossible to determine the presence of the virus in the body before the appearance of its first symptoms. However, the ill person is isolated for 5-7 days after the onset of the rash.

Specific prevention implies vaccination against three diseases simultaneously: measles, rubella, parotitis. Vaccination at 6 years is done for the second time, and in the first - at the age of one year. Among the contraindications to vaccination are the following:

Rubella vaccination can be combined with other mandatory vaccinations( against pertussis, hepatitis B, poliomyelitis, diphtheria and tetanus).Different drugs should not be mixed in the same syringe. In addition, it is desirable to put injections in different places. An exception is only a complex( measles-rubella-mumps) vaccination. At 6 years old, many children do it again. Such revaccination promotes the development of immunity to three diseases at once. After it is carried out, there may be swelling of the skin and a slight reddening of the skin. Adverse reactions from the body are an increase in lymph nodes, nausea, a runny nose, a general malaise. In adolescence, after the inoculation, the development of arthralgia and polyneuritis, which eventually pass on their own, is not ruled out.