Today not only parents but also the government of our country began to pay increased attention to everything that concerns children's health. And this is not surprising. After all, children are our future, so it is understandable that they are interested in being healthy. That is why many children's sanatoria have been built on the territory of Russia. Bashkortostan is not an exception. Here, too, the younger generation is being intensively helped to cure many diseases, including at a very early age. The nature of the region also contributes to this. The climate of Bashkiria is great for children and adolescents to be treated and rest in local sanatoriums. Many of them are at a sufficient distance from the big cities. But even those that are built near megacities are as far from harmful industrial facilities as possible and are located in forested areas or on the banks of rivers or lakes. One of such health resorts is the sanatorium "Akbuzat"( Ufa). 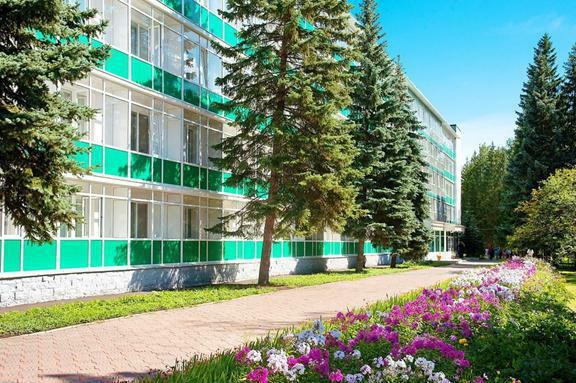 The health resort is located near the capital of Bashkortostan. Its location is excellent for restoring the health of young patients. As a result of the merger of two neuropsychiatric state institutions, Khusar and Ryabinushki, the Akbuzat sanatorium was established. The address of the health resort is Ufimsky district, Uptino village, Medovaya street, building 16. This state institution, which is located in the Ministry of Health of the Republic, has a capacity of three hundred and thirty-five beds. Children come here from three to fourteen years old to be treated with their parents.

The picturesque forest area, in which the first and second branches are located, is located thirty kilometers from the capital of Bashkortostan. The village of
Uptino is famous for its excellent ecology. The third branch is built on the bank of the river Ufimki, near the village of Maksimovka.

Sanatorium "Akbuzat"( Uptino) was repeatedly awarded various diplomas of the Government of Bashkiria. In the contest "The best health resort of the Russian Federation", he was specially marked with an incentive letter. 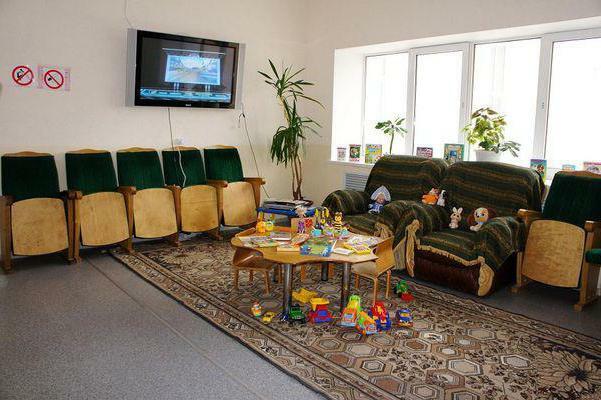 How to get by

During the whole period of treatment in the health resort, children can attend speech therapy and psychological correction classes. The latter are conducted on the basis of rehabilitation and didactic material. At the services of patients who come to the sanatorium "Akbuzat", a sensory room.

Teachers and educators of this psychoneurological institution hold competitions and quizzes, developing games, organize theatrical performances and other forms of leisure not only for children, but also for accompanying people with their wards. All these activities are aimed at forming a healthy lifestyle for young patients and for the prevention of social problems.disadaptation.

This children's sanatorium is named after the divine horse from Bashkir mythology. Akbuzat possessed inexhaustible strength, was a reliable friend and clever adviser, he did everything to help those in need of his help. Judging by the reviews, the same is done by the sanatorium staff, who are doing their best to restore the health of their young patients. In this psycho-neurological institution films are constantly shown, there is a puppet theater, festive performances are organized. The sanatorium "Akbuzat" is open all year round. It is based on a school for mothers, in which psychologists, teachers and speech therapists are engaged in a special program with the parents of sick children, giving them advice and indicating the correct direction in the upbringing of their kids. 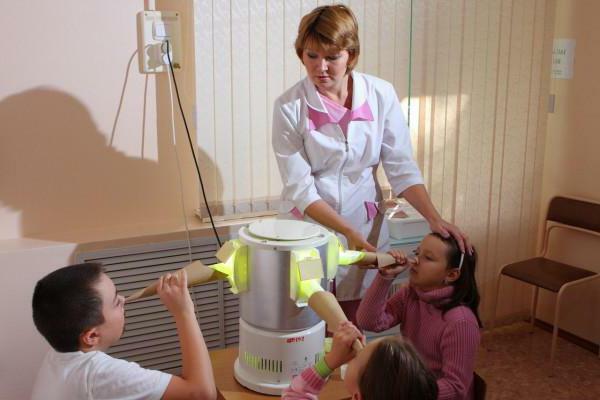 Those who come for treatment in the first and second branches of the sanatorium "Akbuzat" live in four separate buildings. In the first, second and fourth rooms are designed to accommodate four people. Shower and toilet are on the floor. In the third building rooms are also designed for four people, however, unlike the others, the amenities are inside.

In the third branch of the sanatorium, located near the village of Maksimovka, only two-bed apartments. In each block there are only two rooms, there is a bathroom and a bathroom.

The shells of the first and second compartments are not interconnected by transitions. Children's sanatorium in Uptino was built in 2006.Two years ago, it was carried out a capital renovation. The buildings were completely renovated, furniture and plumbing were updated.

Judging by the reviews, none of the rest and restoring health in this institution was not hungry. The food in the sanatorium is organized according to a balanced diet menu. Patients eat six times a day in the dining rooms. 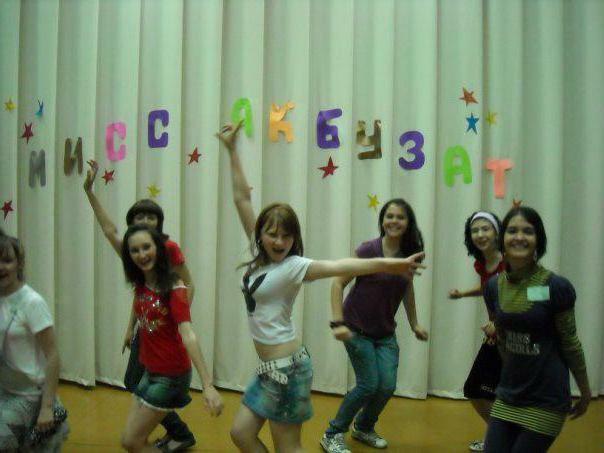 Treatment offered by the sanatorium "Akbuzat"

The psychoneurological sanatorium accepts children with various pathologies of the musculoskeletal system, diseases of the nervous system, as well as children with borderline mental and behavioral disorders. Here patients are provided with comprehensive services that meet the quality standards. Rehabilitation activities offered by the sanatorium "Akbuzat" in Bashkiria include both diagnostic and treatment procedures. These are both primary and dynamic examinations of children by specialist doctors - neurologist, pediatrician, orthopedist, ophthalmologist, child psychiatrist and psychotherapist. Patients here can receive medical therapy, as well as participate in corrective pedagogical sessions with specialists - speech therapist, psychologist and educator educators.

In the Bashkir sanatorium "Akbuzat" is smallie patients get a huge list of medical procedures. These are electro- and heat treatment, galvano- and paraffinotherapy, light therapy, hydromassage, phytotherapy, which also includes an oxygen cocktail and herbal teas, coniferous, sea and pearl baths, as well as a sauna and a swimming pool. 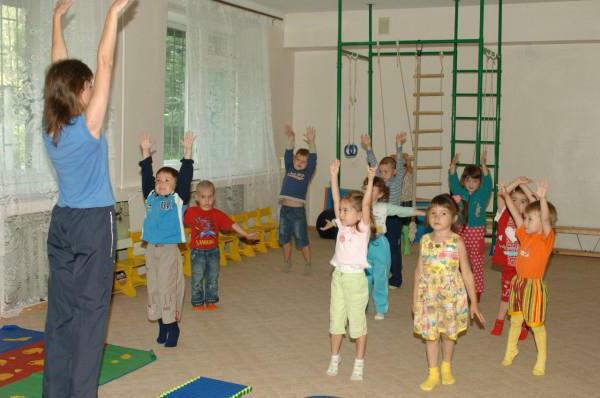 Special attention is paid to disabled children and children from socially disadvantaged families in this sanatorium. In the last two years special arrivals have been organized here for young patients who suffer from phenylketonuria and congenital hypothyroidism. There is no analogue to this in any health resort in the Russian Federation. The sanatorium is actively used kinesiotherapy, here for the first time the method of proprioceptive dynamic correction was introduced. It is based on the work of the muscles, stimulated by the medical costume Adeli. Experts believe that the effectiveness of treatment of neurological pathologies improves hippotherapy, which is widely used to restore patients coming to a sanatorium. 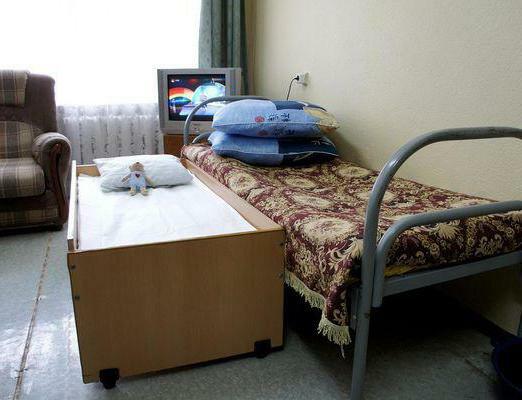 Many come to this children's sanatorium for the second and third time. Judging by the responses of the parents, the treatment that their children receive in Bashkir "Akbuzat" is really very effective. Many mothers thank doctors and staff for the attention paid to their babies. Separate in the reviews are excellent conditions and wonderful food. Children especially like in the dining room delicious pastries. Chambers are always clean, bed linen is changed every other day.

It should be said that there are much more positive responses about staying at the sanatorium "Akbuzat" than negative ones. Most parents respond to this psycho-neurological institution as a wonderful health resort where their children could get a very qualified and, most importantly, effective treatment. Many positive words are addressed to doctors.

Parents liked the place where the sanatorium was built. Their children breathed fresh air every day. Especially a lot of enthusiastic reviews about hippotherapy. Children really like to communicate with horses and feed them. Memories of this for a long time do not erase from their memory. As for the minuses, some parents did not like the absence of covered passages between the buildings, and the fact that you need to register beforehand to visit the correctional room.