Analog "Tsefaleksina" - instructions for use, tips for choosing

Treatment of certain diseases without the use of antibiotics is simply impossible. This group of medicines is the most diverse among drugs. The representative of cephalosporins of the first generation is "Cephalexin".The drug is considered to be the most powerful semi-synthetic antibiotic, which is used for a variety of pathological conditions. If necessary, the attending physician can choose an analog of "Cefalexin", the effect of which will be no less effective. Let us consider in more detail the preparation itself and its popular substitutes.

"Cefalexin": general description of the medicine

The drug "Cephalexin", as first-generation cephalosporin, has a fairly wide range of therapeutic effects. Most pathogens are sensitive to it: streptococci, Klebsiella, Staphylococcus, Escherichia, Salmonella, various pathogens of intestinal infections, Shigella, Proteus, Hemophilus rod. Stability is manifested by mycobacteria, which cause tuberculosis, enterobacteria and enterococci. 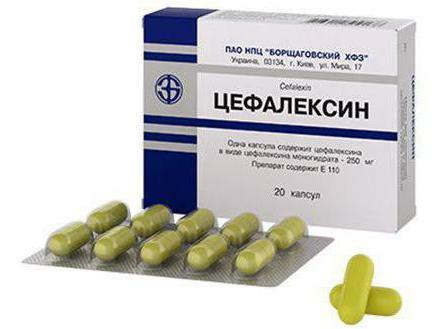 The drug has a bactericidal action, that is, leads to the death of microorganisms. This is especially important if the patient's body is too weak and unable to resist the disease. In pediatric practice, the antibiotic "Cephalexin" is also used. Suspension is specifically designed to treat small patients and has a pleasant taste and fruity aroma.

Bioavailability of the drug is 90-95%, the drug is almost completely absorbed from the intestine. The antibiotic has a high acid resistance, but still eating after or during taking the drug will slow down the adsorption somewhat, but it will not affect its completeness. The maximum concentration of the drug is observed after 2 hours after the use of the drug. If the functioning of the liver and kidneys is compromised, the concentration of "Cephalexin" increases.

Instruction for the use of the antibacterial preparation "Cephalexin"( reviews of patients confirm its effectiveness) recommends its use in various inflammatory and infectious processes in the body that were caused by bacteria sensitive to the active substance. 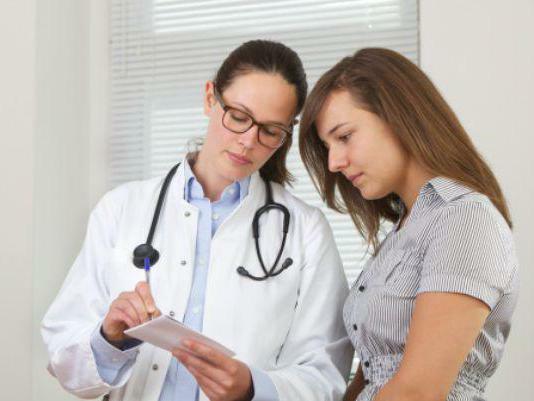 According to the annotation, the medicine is prescribed for the following pathologies:

Semisynthetic antibiotic "Cefalexin", whose price is much lower than many analogues of the latest generation, is available in several forms. For adult patients, it is preferable to use the drug in the form of tablets( capsules).One capsule contains 250 mg of active cephalexin. The second form of release - granules( powder) for the preparation of suspension. This option is suitable for treating children. In 1 ml of a ready-made solution for oral use contains 25 mg of the active ingredient. 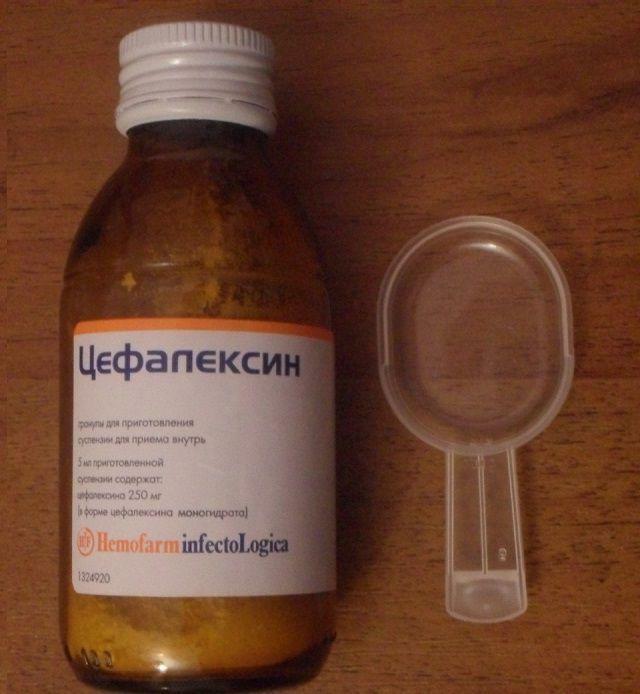 In the form of injections, the drug is not released. If necessary, intramuscular or intravenous administration of an analogue of "Cephalexin", for example, "Ceftriaxone"( the third generation of antibiotics of a series of cephalosporins) can be prescribed.

The use of cephalexin in pediatrics

The practice of treating children with the antibiotic under consideration is quite common. Like more advanced analogues, "Cephalexin" successfully copes with various pathologies of bacterial and infectious nature in children of all age groups. Manufacturers of the drug warn that the drug should be administered with caution to children until six months. The decision on the need for an antibiotic in this case can only be taken by the attending physician, taking into account the child's anamnesis.

"Cephalexin"( suspension) can be administered to children under 14 years of age. It is much more effective than penicillin antibiotics, which are not resistant to enzymes produced by pathogenic microorganisms.

How to apply correctly?

The drug, like any other analogue of "Cephalexin", must be taken strictly in accordance with the age dosage. Correction can be made only by the attending physician. Adults show no more than 2 g of active ingredient per day. Dosage should be divided into several doses at regular intervals. 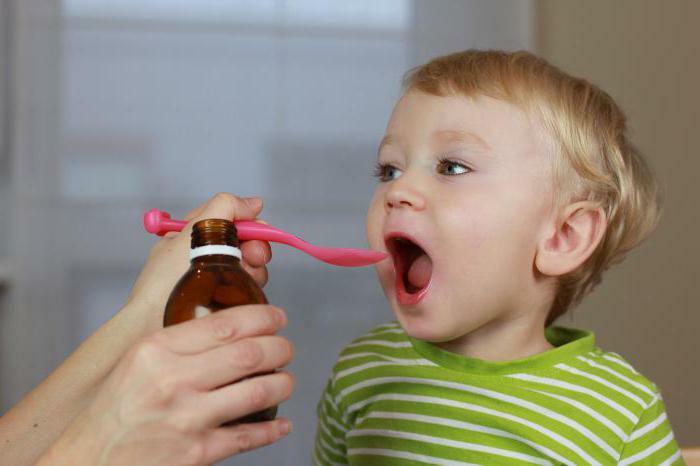 A suspension intended for the treatment of children is prepared by adding cooled boiled water to a bottle of powder to the specified level. The volume of the liquid will depend on the dosage of the active substance. After adding water, the bottle should be covered with a lid and shaken until a uniform mass is formed. The resulting suspension has a pleasant taste, which greatly facilitates the intake of the medicine by the child. It should be borne in mind that before each subsequent use of the drug the vial should be shaken. The suspension is stored for 14 days.

According to the instructions, the antibiotic should be taken at least half an hour before eating. The optimal interval between doses is 6 hours. The dosage of the drug "Tsefalexin" should be selected individually. For children under 12 months - weight up to 10 kg - not more than 500 mg( 2.5 ml at a time).If the age of the child is from 1 to 6 years - the daily dose is 1 g( 5 ml single dose).In some cases, the doctor may increase the dose to 7.5 ml. Children 6-14 years of age, the dosage of the active ingredient should not exceed 2 g per day.

The main contraindication for the use of an antibiotic is the presence of increased sensitivity in the patient to the active component. With caution apply the drug for allergies to antibacterial drugs from the penicillin group. 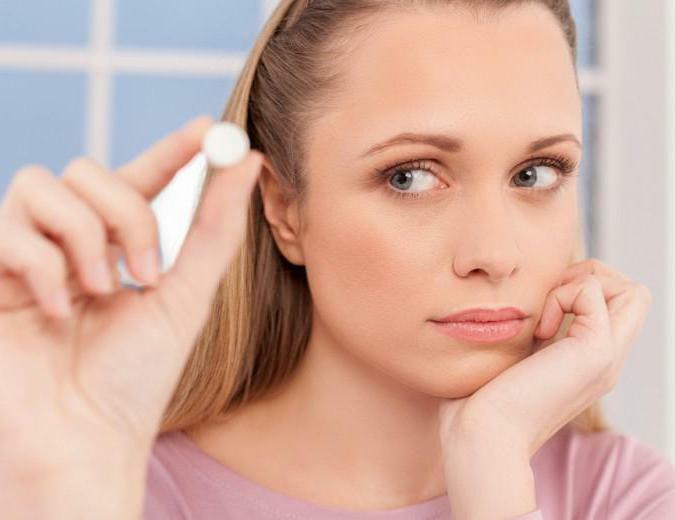 Before starting treatment, you should familiarize yourself with the side effects that Cefalexin can cause. The patients' testimonies indicate that negative reactions are manifested to a greater extent on the part of the gastrointestinal tract( dysbacteriosis, constipation, diarrhea, flatulence, lack of appetite).

Allergic reactions are possible in the form of urticaria, itchy skin, anaphylactic shock( rarely).There may be irregularities in the nervous system: dizziness, hallucinations, headache. The least observed are side effects from the hematopoiesis system, such as, lymphopenia, thrombocytosis, and leukopenia.

We select the analogues

In the event of an allergic reaction and various undesirable side effects, the doctor can choose a substitute for the original drug. The same procedure is carried out if a few days after the start of treatment there is no positive dynamics. Analogue "Tsefalexin" can be selected from both the first and the last generation. In the latter case, antibiotics have an extended spectrum of action and show activity to virtually all pathogenic pathogens, with virtually no side effects.

The first generation of cephalosporins includes the following drugs:

These drugs are characterized by a low level of activity against gram-negative bacteria. Most are available in various forms - suspensions, tablets, solutions for injection. The most suitable variant for therapy should be chosen by the attending physician.

The instruction on application testifies that the preparation can be applied at various infectious-inflammatory processes. Indications for use are diseases of the ENT organs( sinusitis, pharyngitis, tracheitis, bronchitis, pneumonia), infections of the genitourinary system and soft tissues. 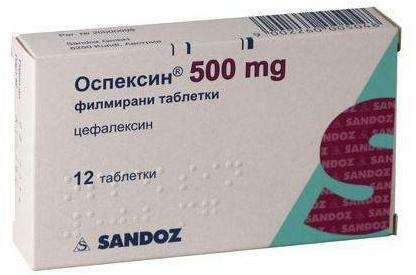 Drug is produced in the form of tablets and powder for the preparation of a suspension. In the latter form, "Ospexin" is often used in pediatric practice. The dosage of an antibiotic can be calculated only by the attending physician. If side effects occur( skin reactions, digestive or nervous system disorders), you should cancel the drug and consult a specialist to adjust the treatment.

The antibacterial preparation "Sporidex" refers to the first generation cephalosporins. It is recommended to apply for mild and moderate severity of the disease. Indications for prescribing an antibiotic are infections of the skin, the genital and urinary system, upper and lower respiratory organs, and the musculoskeletal system. 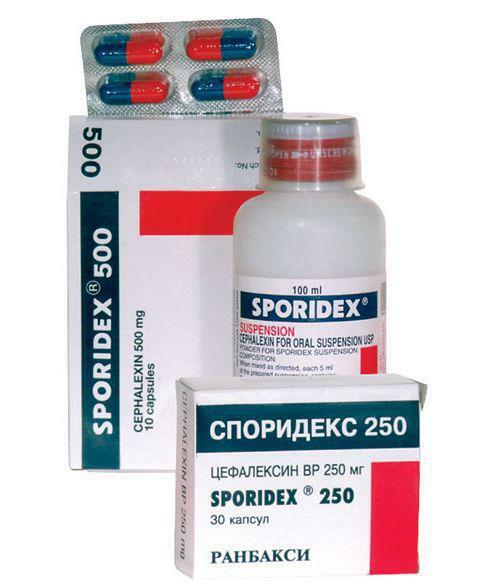 Capsules and granules for the preparation of the suspension are available in different dosages - 125, 250 and 500 mg of the active ingredient. Children are recommended to prescribe an antibiotic in the form of a suspension. The daily dosage is calculated according to the severity of the disease and the age of the patient.

The drug has the same spectrum of action as "Cephalexin".The price of drugs is slightly different, but "Sporidex" is rare in pharmacies.

The first generation cephalosporin has a bactericidal effect and shows activity against gram-positive microorganisms. The drug is available in the form of capsules. The active substance is well absorbed from the gastrointestinal tract. With increased sensitivity to cephalosporins, it is recommended not to prescribe "Ecocephron".

The price practically always influences the choice of drugs for treatment. Therefore, among cephalosporins, first-generation drugs of this group of antibiotics are popular. So, the bottle of "Cefalexin" costs on the average about 100 rubles. While the "Ecocephron" will have to pay 80 rubles.

In any case, it should be remembered that doctors do not recommend self-medication and choose medications without a preliminary medical examination.