Rules for determining the blood type according to the ABO system

The procedure for determining blood groups according to the ABO system is to detect antigens A and B in erythrocytes using standard antibodies and using agglutinins in plasma or serum of the blood being analyzed by standard red blood cells. The technique was developed at the beginning of the 20th century and is still actively used in medicine. Determination of antigens A and B is due to anti-A and anti-B zeolitons.

Donors are always determined not only by antigens in erythrocytes, but also by agglutinins in serum( plasma) using standard erythrocytes. Venous blood is used as a biomaterial. Before the test, you must give up fatty foods a day before the test and do not smoke for half an hour before taking the test. Blood groups are determined twice: first in the treatment department, where the material is harvested, and then confirmed by a study in the laboratory. 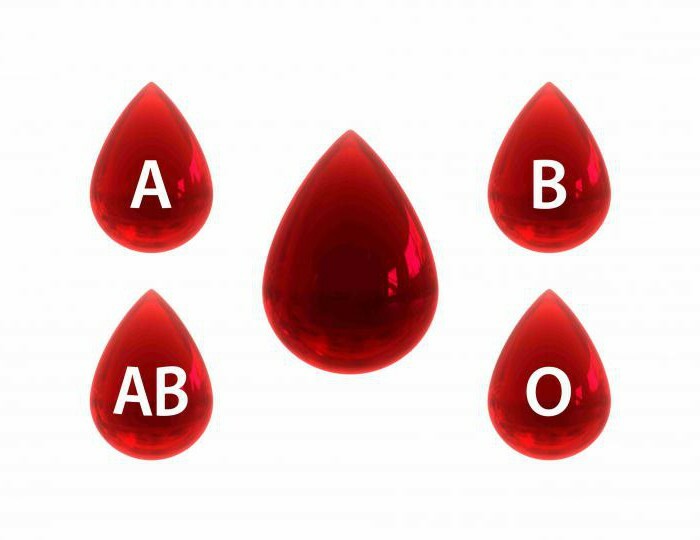 Determination of blood groups according to the ABO system is the main test used in transfusiology. Also, a similar system of blood groups is present in some animals, for example in chimpanzees, gorillas and bonobos.

History of the discovery of

In science, there is a generally accepted view that the method for determining blood groups by the ABO system was first identified by Carl Landsteiner, an Austrian scientist, in 1900.Then he described in his work three types of antigens. For this in thirty years he was awarded the Nobel Prize in Medicine and Physiology. Due to the fact that there was no close relationship between the scientists, they later found out that the Czech serologist Jan Janski, independently of the researches of K. Landsteiner, described for the first time four human blood groups, but his studies were not known to a wide audience. At present, it is the classification developed by J. Jansky that is applied in Russia and the republics of the former USSR.In the USA, WL Moss created his similar work in 1910. 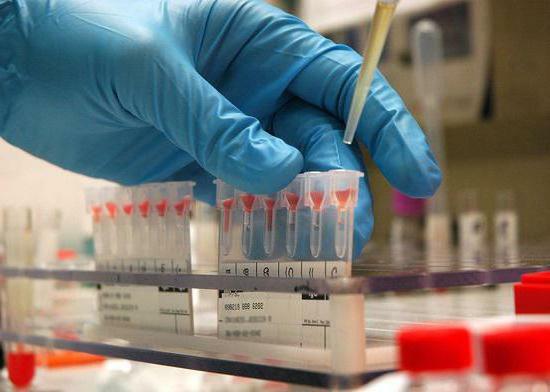 The blood group should be determined in a room with good lighting, observing a temperature range from 15 to 25 degrees Celsius, since the deviationsfrom this norm may affect the results of the study. The initials and surname of the patient are written on the plate or plate. From left to right or around the circle, the standard notation for groups( O( I), A( II), B( III)) is applied. Below them, appropriate serums are placed dropwise by separate pipettes for each species. Then the patient's blood is added to them. The material for research is taken from the earlobe or finger. This requires the technique of determining the blood group according to the ABO system.

It is also right to use red blood cells in a test tube after the clot forms. It is necessary that the amount of serum was more than the amount of added blood tenfold. After that, the drops are mixed with glass sticks( separately for each).Within five minutes, gently rocking the plate, watching for the appearance of a hemagglutination reaction. It is found in the fact that small red lumps appear, merging into larger ones. Serum at this time almost completely loses color.

In order to eliminate false hemagglutination of the simple gluing of red blood cells, after three minutes add one drop of saline and check whether agglutination remains. If so, then it is true. Everything, the definition of blood groups according to the ABO system on this is completed. 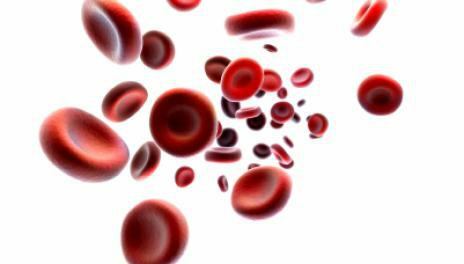 As a result, four reactions can occur:

Express method for the Rh factor

The method for determining blood groups according to the ABO system assumes simultaneous detection of the Rh factor( Rh).

The surface of the plate is pre-wetted and write on it "control serum" and "antiresus serum".Then one or two drops of the necessary reagents are placed under the inscriptions and the analyzed material is added to them. To do this, you can also use blood from the finger( in the same amount as the volume of the serum) or red blood cells left on the bottom of the tube after the appearance of the clot( half the volume of serum).The choice of material for the final result is not affected. Then, the blood and serum are mixed with a dry glass rod, after which they wait for the reaction to occur for five minutes. In order to eliminate false readings, after three to four minutes, an isotonic solution of sodium chloride( just a few drops) is added. The determination of the blood group according to the ABO and Rh system is very often carried out. 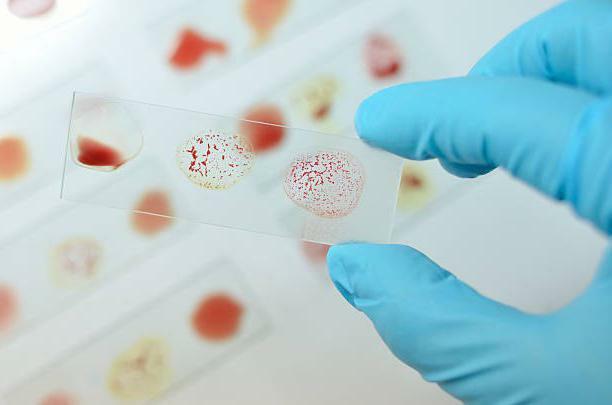 If the agglutination of erythrocytes in a drop with serum occurs, this indicates a positive blood rhesus. According to statistics, Rh + occurs in 85% of the world's population. The lack of it allows us to talk about Rh-negative affiliation. If agglutination appeared in the control serum, then it has become unusable. Unfortunately, the algorithm for determining the blood group according to the ABO system does not always work perfectly.

What mistakes can be made with this technique?

Inaccuracies in determining the blood belonging to a particular group depend on the following reasons:

Possible errors in determining the blood group of the ABO system in a cross-sectional way:

The errors associated with the biological specificity of the blood being analyzed are divided into two types.

Consider each species in more detail.

Dependent on the characteristics of red blood cells 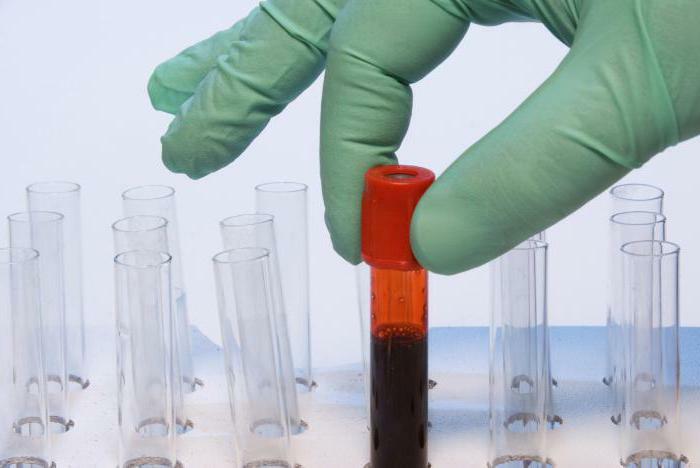 Due to the biological characteristics of the serum

Weak sera with a past life or having a titer of less than 1:32 are able to initiate weak and late agglutination. The use of such reagents is unacceptable.

The use of unsuitable standard erythrocytes or serums prepared under non-sterile conditions and conserved to an insufficient degree leads to the appearance of a "bacterial" agglutination having a nonspecific nature.

There are a lot of popular assumptions about blood groups of the ABO system that appeared immediately after its detection in different world cultures. So, for example, in the 30s of the last century in Japan and some other countries, the theory that linked the blood group to one or another type of personality gained popularity. Similar theories are popular today.

There is also an opinion that a person who has group A is subject to a severe hangover, O is associated with good teeth, and group A2 - with the highest level of IQ.But such assertions are not scientifically proven.