"Phenytoin": instructions for use, analogs, form of release

What is a drug such as "Phenytoin" Instruction for use, analogues of drugs with the same active ingredient will be presented below. 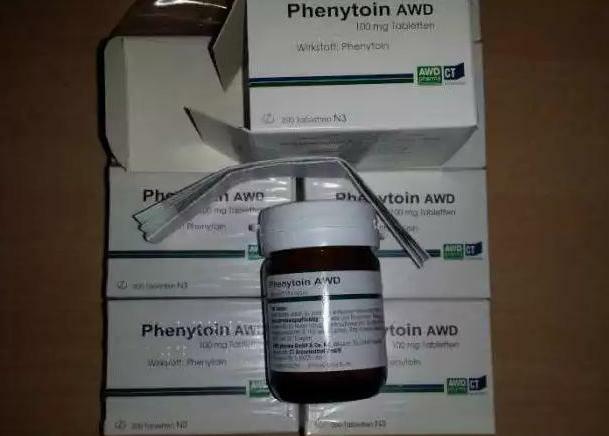 Chemical properties and form of release

"Phenytoin" with the active ingredient of the same name is an antiepileptic drug. It is a derivative of hydantoin, very similar to barbituric acid( in its chemical structure).

Phenytoin( instruction on the use of the drug with this component will be presented later) was synthesized in 1908.And only by 1937, his anticonvulsant properties were found.

This substance is a powder( crystalline) of white color, which practically does not dissolve in water. This compound can be dissolved only in 1% solutions of caustic alkalis.

Phenytoin oral tablets are currently being manufactured, as well as parenteral agents.

How does the drug "Phenytoin" work? Instructions for use indicate that this tool has anticonvulsant, antiarrhythmic, antiepileptic and muscle relaxant properties.

The anticonvulsant activity of this drug is quite high. However, its reception does not cause drowsiness and inhibition.

Phenytoin is an effective bio-electric stabilizer. When taking high doses of a substance, it can lead to a disruption in the coordination of human movement. 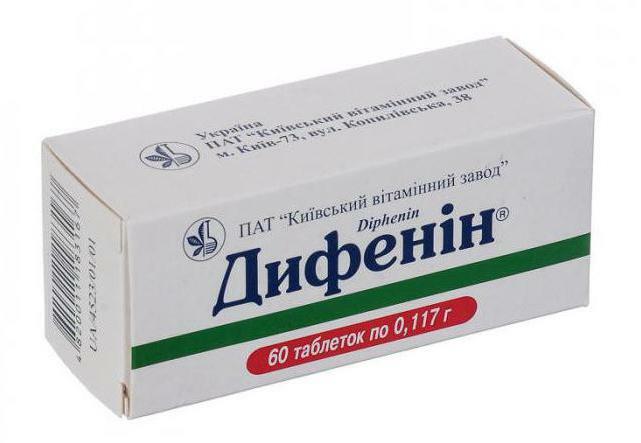 This means activates the CNS, raises the threshold of excitability, has an antiarrhythmic effect on the heart, and also reduces the rate of passage of pulses along the bundle of His and Purkinje fibers.

What is the basis for the action of the drug "Phenytoin"?The instruction says that the principle of its influence on the human body has not been fully studied yet. However, experts argue that the fundamental property of this remedy is its ability to stabilize the membranes( neuronal) of the synaptic connections and the body of nerve cells.

Due to this effect, taking the drug can limit the spread of neuronal excitation, as well as reduce convulsive activity.

What is remarkable about the drug "Phenytoin"?Instruction for use informs that its active substance affects the autonomous ganglia, the tissues of the brain and spinal cord, the heart, including its conduction system, peripheral nerves and intestinal smooth muscle and heart vessels.

It should also be noted that the drug in question affects the work of fibroblasts, neuroglia and endocrine cells. Also, its ability to accelerate the healing of wounds, suppress the activity of receptors( glutamate), improve the supply of oxygen to cells, tissues and organs in conditions of toxin poisoning and hypoxia. 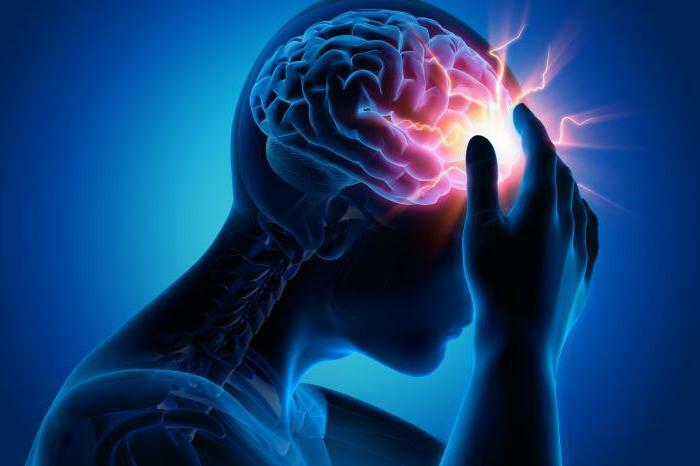 The administration of the drug in therapeutic doses has a moderate tonic effect and soothes, and also does not cause habituation.

Is the substance phenytoin absorbed? Instructions for use( the form of release of the eponymous drug was named above) states that with oral administration of the drug, this component is easily assimilated by the patient's body. However, the pharmacokinetic parameters of the agent under consideration can differ significantly in different groups of patients.

Almost 80% of the active substance binds to blood plasma proteins. In people with kidney disease, this indicator can reach 43%.

According to the instructions, the agent under consideration quite quickly crosses the blood-brain barrier. In this case, it is distributed almost to all tissues and organs.

About 5% of phenytoin is excreted by the kidneys. As for the remaining compound, it is metabolized in the liver, converted to inactive paraxyphenyls and glucuronides, which then leave the body together with bile.

How should I use Phenytoin? The use of this drug is shown together with phenobarbital, vitamins D and K, as well as other antiepileptics. Only in this case it will be the most effective. 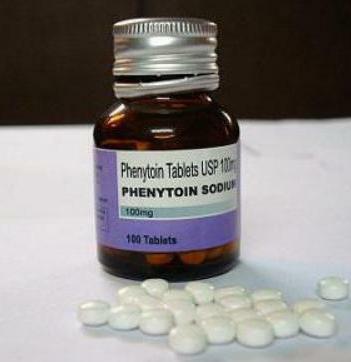 When are drugs used with an active ingredient such as phenytoin? Instructions for use( tablets and solution should only be recommended by an experienced doctor) indicates the following indications:

The drug in question should not be used with: 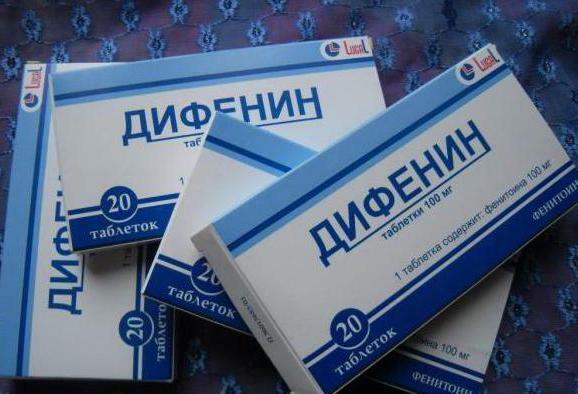 Also, care should be taken in patients with diabetes mellitus, alcoholism, with lupus erythematosus or hyperthermia.

Drug "Phenytoin": instruction for use

The dosage of this drug is selected individually, depending on the patient's age and illness.

For non-epileptic diseases, the dose should be several times lower than with epilepsy. The medicine in the form of tablets is taken only during meals.

The daily dose of the drug for adult patients is 1-3 tablets( divided into 2-3 doses).If necessary, this amount can be increased to 4 tablets per day.

The maximum dosage of the drug per day is 8 tablets. At the same time, a patient can take only 3 tablets at a time.

When treating children under 5 years old, they are prescribed ¼ tablets twice a day. To children of 5-8 years - in the same quantity, but 3 or 4 times a day.

For children who have already reached the age of 8, it is recommended to give 1-2 tablets in 2 divided doses.

The duration of treatment with this remedy is determined only by a specialist.

Taking drugs with phenytoin can cause the following undesirable consequences: 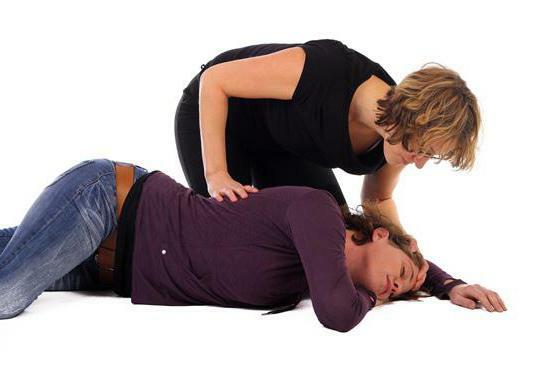 It should also be noted that when taking the first dose, the patient may develop the following side effects: gastrointestinal disorders, increased liver enzyme levels, nausea, dyspepsia, gastralgia and gastritis. The appearance of such effects can be avoided if you take the pill only during a meal.

The use of this drug in high doses for a long time can lead to the development of ataxia, nystagmus, hyperkinesia, sensory neuropathy and diplopia. Also, the patient may show an increase in epileptic seizures, hyperglycemia and soporus.

It should be specially noted that this substance does not have a specific antidote. Therapy should be carried out according to the manifested symptoms.

The agent under consideration can not be abruptly reversed by epileptic patients, as this can cause the development of withdrawal syndrome. If it is necessary to refuse to take it( for example, with allergy or hypersensitivity), then anticonvulsant drugs of a different kind should be used.

Treatment with the drug under consideration has an effect on cholesterol, bilirubin, alkaline phosphatase, liver enzymes, glucose, calcium in the blood serum, and also the hormone of thyroxin.

As mentioned above, the phenytoin substance is metabolized in the liver, therefore, during its administration, special care should be taken for people with hepatic insufficiency.

If a person has previously experienced increased sensitivity to hydantoin anticonvulsants, then this substance is also possible allergies.

During the treatment, the patient is not allowed to drive the car, as well as perform hazardous activities.

How can I replace the antiepileptic drug "Phenytoin"?Analogs of this agent contain the same active substance. Such medicines include the following: "Diphenin", "Diphenylhydantoin" and "Dilantin".

Most of the patients' reviews of the drug are good. They argue that this drug is transferred quite easily. In addition, it has a small value and does not lose its anticonvulsant properties even with prolonged admission. 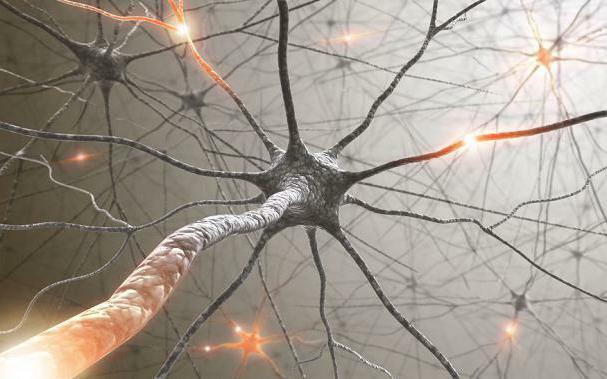 It should also be noted that there are many positive opinions about this drug that patients who took it as part of complex therapy left.