What is a plant like cetrarium( Icelandic moss)?Where does it grow? In which areas is it used? We will try to answer all these questions in our publication, and also tell you what the icelandic moss has medicinal properties and contraindications. 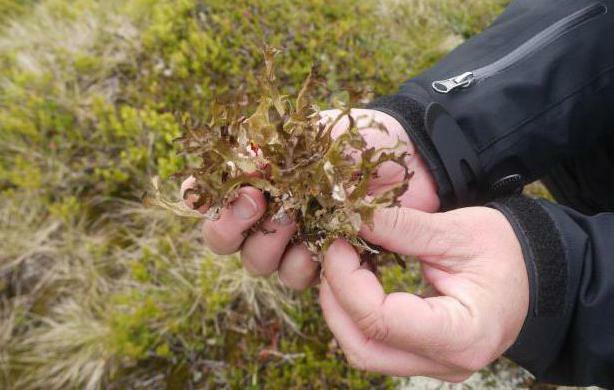 The first mention of Icelandic moss, cetrarium, dates from the Middle Ages. Already at this time, the curative plant was widely used by folk healers. A foliar lichen was used in Scandinavian countries, such as Norway, Iceland, Sweden. Initially, cetraria was considered as a raw material for making infusions from bronchitis, colds. Then it was found out that the plant helps to eliminate constipation, stomach disorders, destroy the causative agents of dysentery.

For the first time the properties of Icelandic cetraria have been described in medical treatises of the XVII century. A century later, the famous doctor Luiken identified the possibility of using the plant in the fight against tuberculosis. This researcher wrote that the antiseptic properties of such a drug are not comparable to any known pharmacological drug.

At the beginning of the 20th century, domestic scientists E. Tishchenko and A. A. Elenkin prepared a monograph entitled "Icelandic moss and other useful lichens of the Russian flora."The publication was being prepared for publication. However, it did not appear, because the institution where the researchers worked was liquidated. Later on, on the basis of this monograph, articles began to be published, the content of which touched upon the practical application of Icelandic cetrarium.

In the 20 years of the last century, the northern people of the USSR, in view of the scarcity of provisions, began to use such a lichen as a food product. The cetrarium was dried and exposed to soda to remove bitterness. The prepared shoots of the plant were grinded, added to flour and used for baking bread. Thus, the lichen became known as the inhabitants of the northern regions only as bread moss.

Icelandic cetarium: the spread of 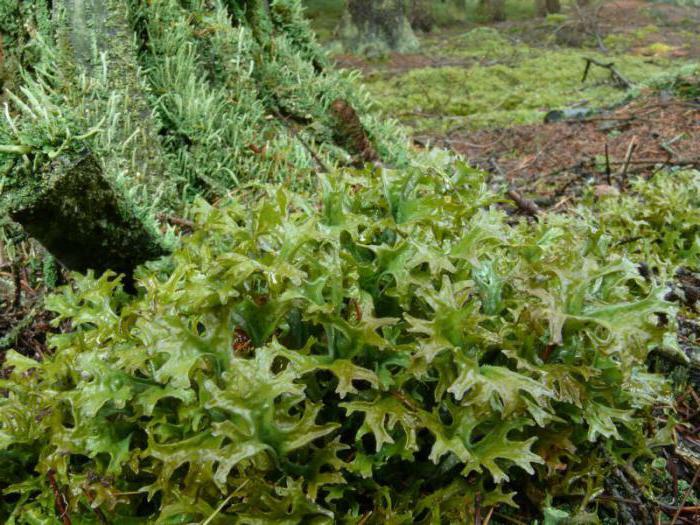 The plant can be found in virtually every corner of the planet. Cetraria( Icelandic moss) is widespread in the Americas, in the territory of numerous European states. You can see such a lichen in Asia, Africa, Australia. All because Icelandic cetrarium acts as a typical representative of infertile wastelands, forms the substrate of pine forests.

The plant prefers to grow in high-altitude regions, occupying open areas at a height of up to one and a half kilometers above sea level. The most common Cetrarium Icelandic can be on stony sites, overgrown with grass. A suitable peatland is also a peatland. Occasionally the plant is found on rotted stumps and bark of old trees.

It is noteworthy that Icelandic cetrarium, the description of which will be considered further, is able to grow only in regions with clean air. For this reason, such a lichen acts as a kind of ecological indicator. 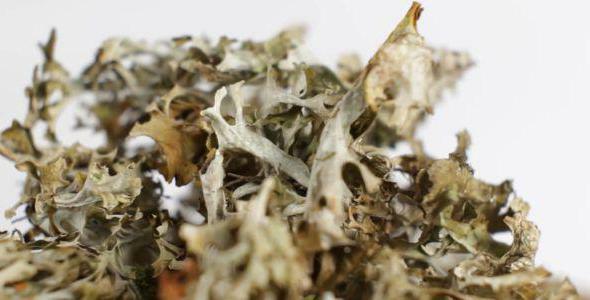 Icelandic moss belongs to the category of perennial lichens. Externally, the plant has the form of short shrubs, the height of which can reach 15-20 centimeters. The shoots of cetrarium are formed by flat ornate ribbons. The size of these processes and their shade depend on the environment in which the lichen develops. In droughty conditions, Iceland moss can acquire a brownish or red tint, and with increased humidity it becomes greenish. However, in this or that case the underside of the blades of the plant is always covered with light spots.

Starting the conversation about the chemical composition of Icelandic cetrarium, it is immediately worth noting the highest biological activity of such lichen. In the structure of the shoots of the plant there is an abundance of carbohydrates. About 80% of the raw materials are polysaccharides. When preparing water-based decoctions, an abundance of glucose and other nutrients is released into the liquid.

The cetrarium contains chitin, which acts as a natural sorbent capable of absorbing toxins. Lichen is saturated with organic acids, which gives the plant a bitter taste. Icelandic moss is also rich in Group B vitamins, proteins, ascorbic acid. In the structure of the plant there is gum, wax, essential for the human body microelements. 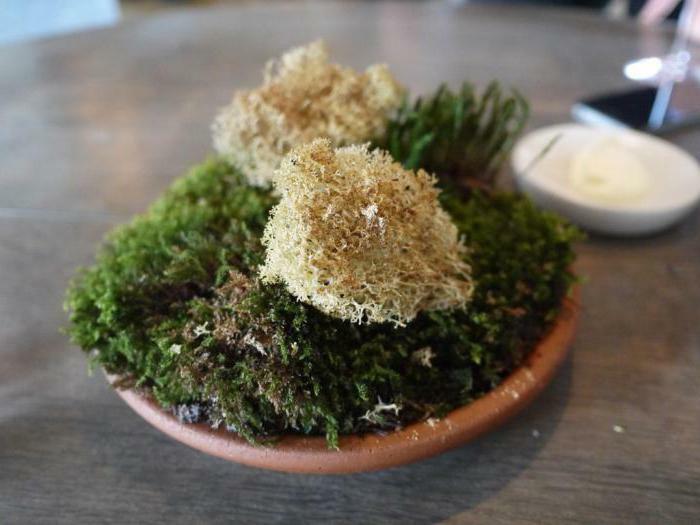 In order to harvest the Icelandic cetrarium, a thallus is collected. The optimal period for a campaign for a medicinal plant is traditionally considered to be the end of summer. Collect lichen can also be in early autumn, but only in dry weather.

When harvesting, the thallus of the plant is torn from the soil. The latter is thoroughly cleaned from the soil. Then the cetrarium is dried. Lay down the thallus under the covers, which are well ventilated. Prepared raw materials are placed in a thin layer on the litter of cloth or paper. Ready-to-use plant is considered when its thallules begin to crumble with slight squeezing. As an alternative option for the preparation of cetrarium, the use of industrial dryers is allowed.

The use of Icelandic cetrarium is possible for several years after harvesting. However, in order to use the lichen for medicinal purposes, it is necessary to observe some storage conditions.

Dried thalli should be placed in closed containers. The latter should be placed in a cool, dry place. In this case, shoots are often shifted by paper, which makes it possible to protect the lichen from moisture. After all, Icelandic moss absorbs liquids perfectly, like a sponge.

A raw material that is desiccated is considered suitable for consumption and has a pronounced bitter taste. After brewing the lichen, the consistency of the composition should resemble a rather thick slimy jelly. 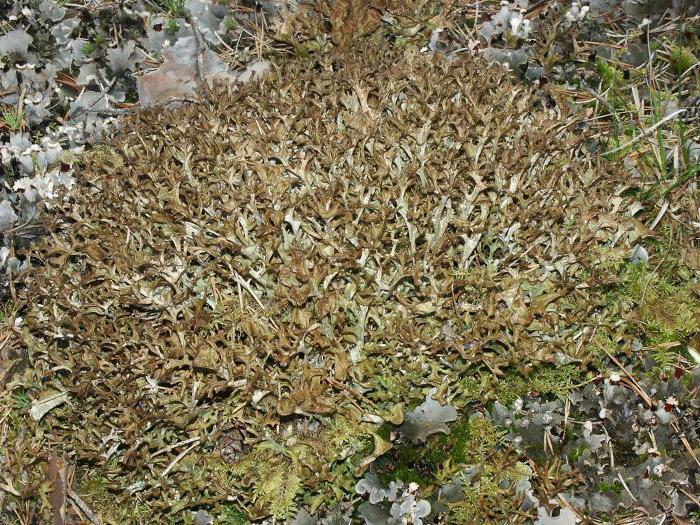 We now turn to the consideration of the pharmacological properties of Icelandic tetraria. In medicine, the plant is used primarily as a highly effective antiseptic and anti-inflammatory agent. Icelandic moss is known for the ability to dilute sputum, has a softening effect on the mucous membranes with a dry cough. Drugs based on lichen are often used during therapy against tuberculosis. Cetraria is an excellent remedy for the elimination of symptoms of asthma and bronchitis. Active substances in the plant contribute to the protection of the mucous membranes of respiratory organs from the effects of negative environmental factors.

Preparations based on plants are used to eliminate inflammatory processes that develop in the mouth. The remedy makes it possible to cure stomatitis in a short time, to remove pain syndrome. In similar situations, cetrarium is used not only for rinsing the oral cavity, but also ingested. Such therapy is absolutely safe for adults and children alike.

Icelandic moss is effective in the treatment of diseases of the intestines and stomach. Mucous structures that stand out from the lichen cover the walls of the digestive organs, soothing inflamed tissues. With ailments of ulcerative nature, cetraria makes it possible to remove discomfort after eating. An excellent solution is the use of the drug in case of diarrhea. In addition, organic acids in the lichen improve appetite and stimulate a qualitative digestion of food.

Icelandic moss is an excellent natural antibiotic. Active substances in the plant slow down the life of the causative agents of biological infections, in particular, destroy streptococci and staphylococci. External means are used to disinfect wounds, eliminate manifestations of dermatoses.

Decoctions based on Icelandic cetrarium are recommended to use in order to stop the growth of malignant tumor cells. This is facilitated by the presence of usnic acid in the structure of the lichen, which prevents the formation of free radicals and acts as an excellent natural antioxidant.

For women, Icelandic moss helps to normalize the endocrine system, get rid of toxemia. Often, the use of plants are resorted to in order to combat excess weight. After all, the remedy makes it possible to improve digestion and produces an easy laxative effect on the body. 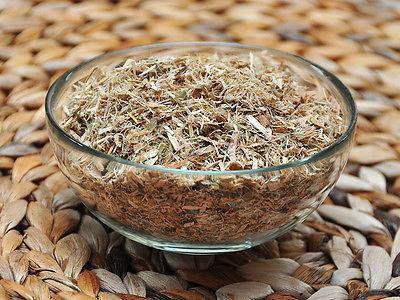 A heal is used in folk medicine for the preparation of the following: 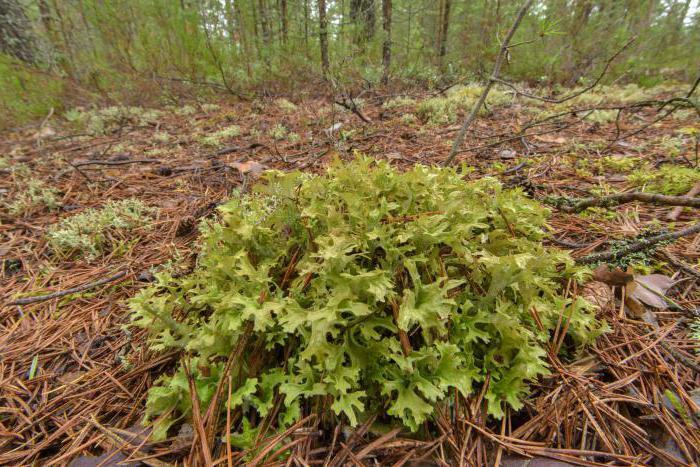 Nowadays, Icelandic moss is used as the main ingredient in the production of such highly effective drugs:

Lichen contains a lot of usnic acid. The substance is quite toxic to the human body. The harmful effect of a chemical substance is of an unexpressed nature. However, the intake of a high concentration of usnic acid in the body can provoke depression of the liver. Usually, when Icelandic moss is used, this is indicated by the appearance of severe pain in the corresponding area.

It is absolutely not recommended to resort to the intake of infusions and pharmacological agents based on cetraria during pregnancy, as well as breastfeeding. Contraindicated such drugs to people who suffer from acute ailments of the gastrointestinal tract. For example, Icelandic moss is prohibited for use in cases of gastritis with an increased level of acidity.

Here we have examined what has the therapeutic properties and contra-indications Icelandic moss. Apparently, the plant is distinguished by a whole mass of medicinal qualities. After all, it's not for nothing that the northern peoples traditionally view the remedy as a panacea for a variety of diseases.

At the same time, you should not over-exert yourself on self-medication. When eliminating any ailments using cetrarium, it is better to consult a doctor once again, which will help to avoid unnecessary trouble.