In the medical literature, encephalitis is a whole group of diseases manifested by the inflammatory processes of the brain. The disease is characterized by severe symptoms and can have a number of reasons, for example, an autoimmune process that causes anti-receptor encephalitis, or the presence of certain bacteria and viruses. Inflammatory processes of the brain require immediate qualified treatment, otherwise the risk of irreversible consequences or death is too high. In this article, consider anti-receptor encephalitis. 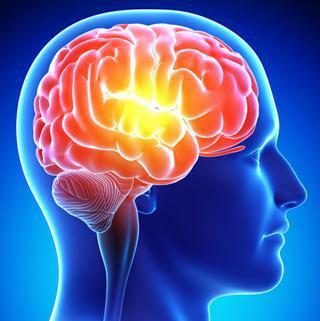 Encephalitis causes various pathological disorders in the body and leads to the formation of dementia( dementia).The disease can affect not only the brain, but also part of the internal organs and joints.

Pathological conditions can be caused by a number of reasons. On the factors provoking the disease, the following types of encephalitis are distinguished:

The disease affects different parts of the brain. Inflammation can be localized in its cortex, subcortex, or cerebellum. Each type differs by its own signs, symptoms and methods of treatment. 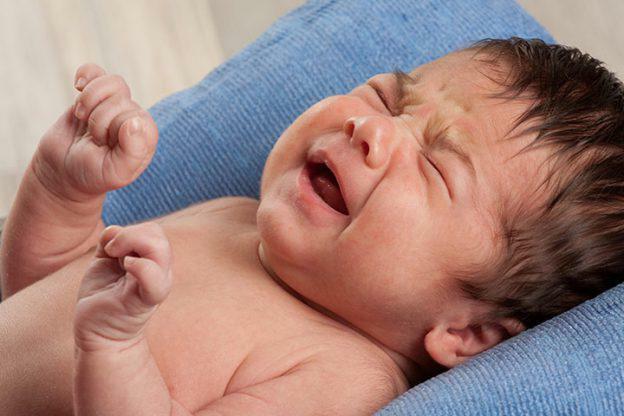 What is anti-receptor encephalitis? About this further.

Infectious and bacterial inflammations of

The factors that cause infectious encephalitis are viruses and bacteria. For example, the herpes virus, HIV infection, encephalitis virus, tuberculosis bacteria, streptococcus and staphylococcus, toxoplasma. In addition, a serious problem is tick-borne encephalitis. This is a viral disease, the carrier of which are some species of ticks. The virus enters the body after an insect bite.

However, in tick-borne encephalitis, the brain is not always affected, in 50% of cases the patient experiences only a fever. To the virus species is Japanese encephalitis. The disease is very dangerous and in most cases ends in a fatal outcome. This type of encephalitis is characterized by rapid flow, a few days after infection, the patient falls into a coma. Herpes encephalitis is fatal in nine out of ten cases, it practically does not respond to treatment.

How is anti-receptor encephalitis manifested? We will tell in more detail. 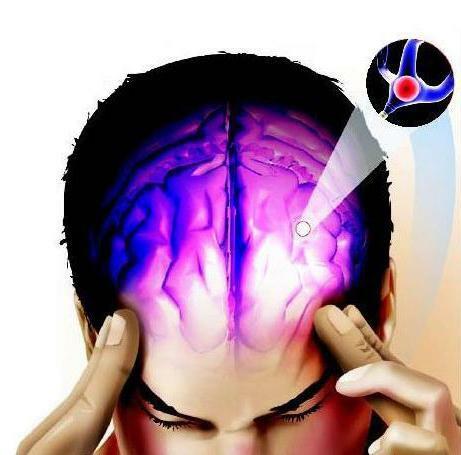 There is also a group of encephalitis that are caused by autoimmune processes in the body. In this case, the patient's own immune cells begin to attack the brain. Diseases of this nature are extremely difficult to treat, cause dementia, lead to impaired brain activity and the work of the peripheral nervous system. In addition to dementia, the disease is accompanied by paralysis and epileptic seizures. Diseases of this kind include, for example, limbic encephalitis. The disease causes an autoimmune response of the body to the presence of cancer cells or a disease that is of an infectious or viral nature. The rate of development of limbic encephalitis divides the disease into an acute and subacute appearance. The reasons for anti-receptor encephalitis are discussed below.

In acute syndrome, the development of the disease occurs rapidly for three to five days. If you do not take urgent measures, then death comes very quickly. In the subacute course of the disease, the first signs become noticeable after a few weeks from the initial moment of development of the pathology. These conditions are characterized by the following symptoms:

In addition, clear signs are: progressive dementia, sleep disorders, epileptic seizures with hallucinations. It is very common cases when autoimmune brain damage is correlated with the presence of cancer. As a rule, such encephalitis is caused by lung cancer. 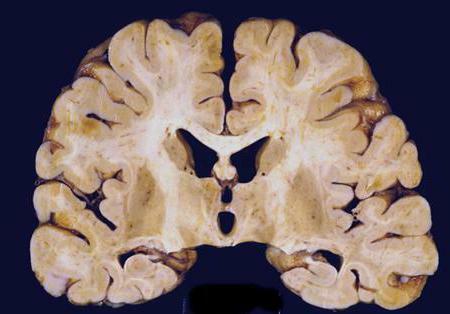 This is an autoimmune disease that affects young women more. In males, pathology is extremely rare. The features of this type of encephalitis include the presence of severe symptoms, which are expressed in severe psychoneurotic changes. This is why these patients often diagnose schizophrenia instead of encephalitis. Women, who were found this pathology, suffered from mental abnormalities( lack of coherent speech, impaired consciousness).

In addition, a characteristic symptom of anti-receptor encephalitis is a violation of short-term memory and muscle functions. For example, many patients noted an unconscionable contraction of the abdominal muscles, as well as convulsive movements with their legs or hands.

Approximately half of the patients examined had ovarian cancer. However, there are cases when the patient does not have oncology. Moreover, there have been cases of diagnosis of anti-receptor encephalitis in children who do not suffer from similar diseases. They have spontaneously appeared and begin to actively develop antibodies associated with certain brain structures, which are called NMDA receptors. Antibodies are fixed and block receptors, which in turn causes mental disorders, motor disorders and epileptic seizures. All this testifies that in many cases doctors can not determine the exact cause of the disease. It should be noted that in principle, this disease was discovered and learned to diagnose no more than ten years ago. Symptoms and treatment of anti-receptor encephalitis are interrelated. 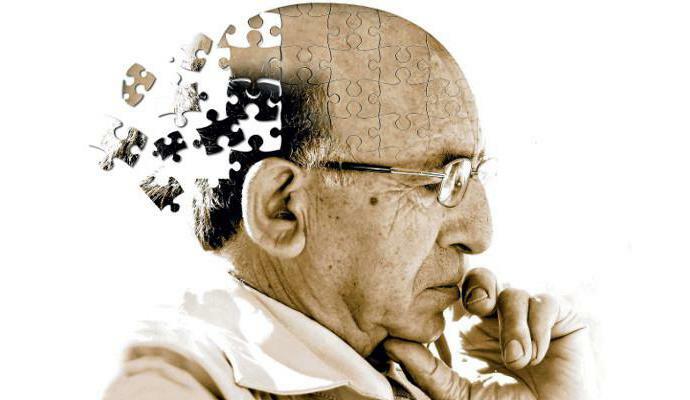 An experienced doctor who is not the first time to face such pathologies will have suspicions even at the stage of examination of the patient. To make an accurate diagnosis, it is necessary to conduct additional studies. As a rule, the purpose of magnetic resonance imaging is absolutely justified here. MRI will confirm or refute suspicions of inflammatory processes in the brain, but to identify the cause of the disease will not help.

In cases of autoimmune diseases, including in the case of anti-receptor encephalitis, we analyzed the causes of the disease, and the presence of antibodies to the NMDA receptor is analyzed. In some situations, an analysis of cerebrospinal fluid and brain biopsy are prescribed. A biopsy is prescribed only as a last resort, when other methods for revealing the cause of the disease are not informative. In this case, you can not do without an oncologist's advice.

Autoimmune diseases are difficult to diagnose, therefore, in the absence of proper experience with a doctor, a patient may find himself in a psychiatric clinic because of an incorrectly diagnosed diagnosis. The lack of necessary treatment leads to psychiatric abnormalities, which are often irreversible. In addition, there is a high probability that the patient may fall into a coma. If a patient does not take medication necessary for treatment, vegetative state develops very quickly, and one-third of patients have a lethal outcome. 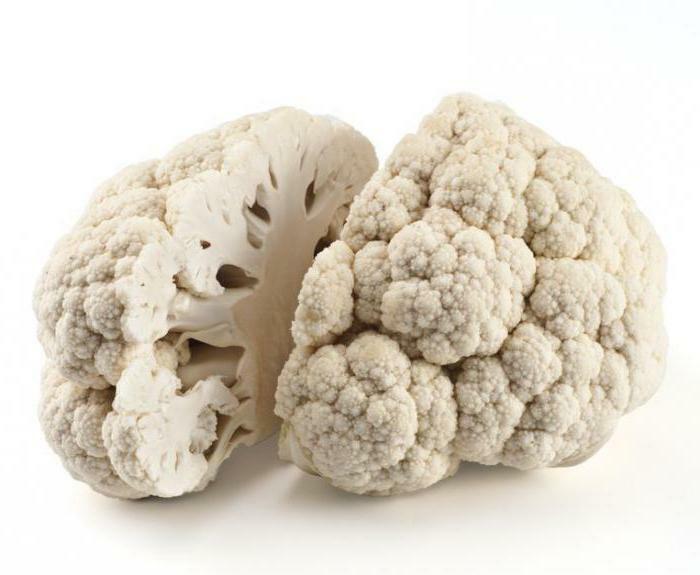 To make the correct diagnosis, the patient is primarily referred for examination and consultation to a neurologist. The disease is diagnosed when there are certain antibodies in the blood. To exclude the setting of an incorrect diagnosis, an oncologist is also required. With timely treatment and properly built oncological treatment, in most cases it is possible to achieve persistent and long-term remission. Also good results are achieved in the treatment with immunomodulators. But this kind of treatment is available only if the suspicions of oncology were groundless.

Patients with sedative action are prescribed to reduce psychiatric symptoms. They soothe and normalize sleep. With the appearance and repeated repetition of seizures, antispasmodic medications are prescribed. Withdrawal of acute inflammation is achieved with corticosteroids. They are administered intramuscularly, and the duration of the course of treatment is prescribed by the doctor.

The anti-prescription encephalitis practically does not manage to be cured completely. Treatment helps to stop further progression of the disease and allows to eliminate the development of neurological disorders. If the disease was caused by oncology, the removal of the tumor gives a completely stable result, and 70% of the patients recover completely. How can anti-receptor brain encephalitis be prevented? 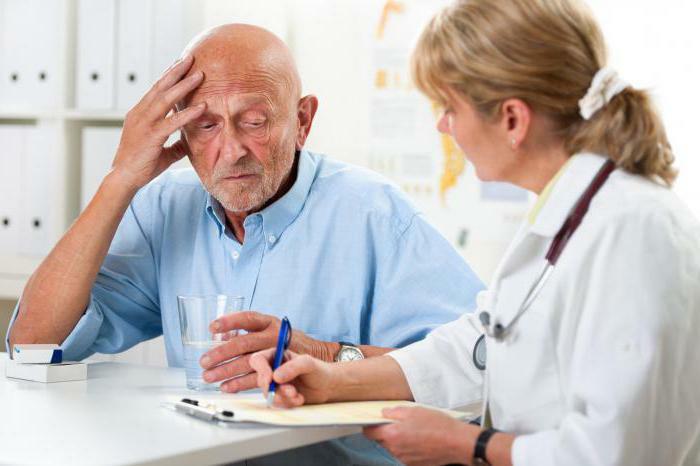 Since childhood, we know that in the woods you need to walk in closed clothes, which excludes the ingress of ticks into open areas of the skin. Such measures help in the prevention of viral and bacterial encephalitis. It is also important to apply to medical institutions on time and comply with the prescriptions of doctors. As for brain diseases that are autoimmune in nature, including anti-prescription encephalitis, the development of such pathologies can not be prevented.

According to available data, almost half of patients suffering from anti-receptor encephalitis recover completely. A third of patients have mild residual effects, and a small proportion of patients suffer from serious complications. About 10% of the patients died.

Therefore, it should be stressed once again that when a tumor is detected at an early stage and its removal, the body's functions are restored in full, that is, recovery comes. All this allows us to conclude that it is necessary to consult a doctor at the first symptoms of the disease in order to increase the chance of a successful outcome.