Gotu kola: instructions for use. How to use Gotu kola extract, reviews and prices

The Gotu kola plant in Europe has gained its popularity in the 50s of the last century. It happened after it became known that in Madagascar with his help people healed leprosy. But in the eastern countries they knew about healing properties for a long time. The most popular is among the inhabitants of India, the Philippines and China. Gotu Cola is also common in Brazil. In these countries, a legend is popular, according to which one Chinese - a lover of a plant - could live 250 years.

It's not the first century that the Gotu Kola grass is used in folk medicine in India. In this country, it is called a brain stimulant, which can improve memory and sharpen perception. This plant relaxes and soothes. In Ayurvedic beliefs, this herb is considered a spiritual plant. After all, it stimulates clarity of thinking, soothes emotions and cleanses the blood. 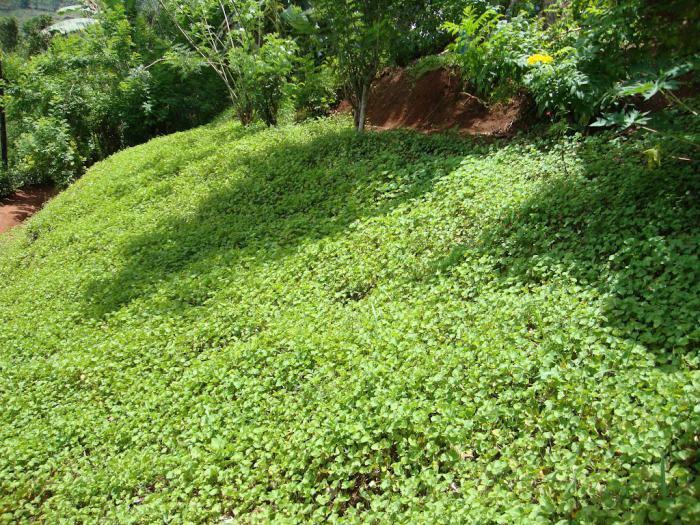 But in China, grass was considered a "fountain of youth."According to local residents, it is she who helps to preserve youth. In all countries of the East, it is agreed that Gotu kola is food for the brain, otherwise it is also called the "grass of memory".

In the East it is used for liver diseases( cirrhosis and hepatitis are an indication for its purpose), for colds, for obesity, cellulite and even for stimulation of potency. The list of indications under which it is recommended is quite large.

Studying how the Gotu Kola herb works on the human body, how it stimulates its protective properties and fights against diseases, the scientists figured out how it comes out. The plant contains 75 phytonutrients, including Asiatic and Medeccasson acids, B vitamins. They provide considerable support to the nervous system, eliminate anxiety, and reduce the manifestations of depression.

In addition, there is also a wound-healing effect. It is achieved due to the presence in the plant saponin asiatikosida. It is he who stimulates mitosis - the division of cells, and this, in turn, leads to rapid healing of affected areas.

The soothing effect is due to the presence of triterpene saponins in this herb. They stimulate the human nerve endings, as a result of this, acetylcholine is released, which ultimately leads to relaxation. In addition, they also contribute to the elimination of toxins, stimulate the outflow of bile, make the metabolism of cholesterol effective.

Included in the composition of glycosides affect the work of the heart, they work with heart failure, various lesions of the valves, and even with cardiosclerosis. Flavonoids are positively acting on the circulatory system. They are able to expand the coronary arteries, saturating this muscle with oxygen, while neither the pressure nor the contractile activity of the myocardium increases.

The main indications for the use of

Among the diseases in which Gotu kola is recommended, the following are most often called:

You can also use this plant for postoperative rehabilitation. As evidence of the Gotu Kola grass reviews, it speeds up the healing of sutures and promotes faster recovery.

Use in the modern world of

Despite the fact that in many countries this plant has been popular for quite a long time, we learned about it relatively recently. But modern people do not need to look for and collect this herb, because producers offer immediately ready extract Gotu kola. Moreover, some sell only a clean extract from the plant, while others add to it more calcium, phosphorus, silicon dioxide, magnesium plant magnesium stearate, nanoclusters and other components that enhance the influence of constituents.

The price for the specified preparation also depends on the form of release, the manufacturer, the costs incurred by him for manufacturing, including the addition of auxiliary substances. But keep in mind that it can not be too cheap. For example, the cost of the extract can fluctuate within 770-1000 rubles. Before buying it would be nice to get acquainted with reviews not only about the product, but also about a specific manufacturer of dietary supplements.

The main properties of Gotu kola

If you decide to test the effect of this herb, it is better to purchase the ready-made drug "Gotu kola."Instructions for use will help answer many questions about how to apply it, what its contraindications are, and whether there are any side effects.

Please note that the dosage should be clarified either by the seller or in the attached description, because it depends on which producer you bought the extract from and in what concentration it has released this bioadditive.

Properly applying the plant, you can:

- activate your memory and increase your learning ability, due to increased microcirculation and cerebral circulation;

- cleanse your body with the help of antioxidants included in the herb;

Fortunately, the list of cases when it is not recommended to apply Gotu kola is not great. It should be abandoned from this plant for the period of gestation and breastfeeding of the child. Also, do not use it for people with pulmonary hemorrhage. Those who have low blood coagulability, it is necessary to be cautious when applying and to monitor changes in their condition.

Despite the centuries-old history of Gotu kola, side effects are seen only when an overdose or an individual is intolerant. If you have a headache after consuming the extract, check to see if you have exceeded the recommended amount of the drug. Possible side effects also include rash, sedation, fatigue. But they are usually associated with an individual intolerance to the drug. In this case, it is better to stop taking Gotu cola extract. The testimonies indicate that the condition does not improve when the reception is continued.

Modern manufacturers offer this medicinal plant in various forms: it can be tablets, capsules, powder or liquid. The method of its application and dose directly depends on what is the dosage of the drug you bought. Also, before you start drinking Gotu Kola, the instructions must be read. After all the way of application and a dose will depend on what exactly you were going to treat.

So, the accepted standardized extract should contain in 40-60 mg the equivalent of 400-600 grams of dried herb. For example, with varicose veins, it should be taken 3 times a day in the specified amount. For burns, a liquid extract or a prepared tea from a dried plant is applied twice to the affected areas. To prepare the infusion, enough for a cup of hot water to put up to 2 teaspoons of dried leaves.

Many manufacturers who produce tablets or capsules recommend drinking 1 or 2 capsules( depending on the amount of active substance) 2-3 times a day.

An extensive list of indications for the use of Gotu kola is due to the composition of this herb. So, it is rich in vitamins not only of group B, but also A, E, K, moreover, it is considered a good source of magnesium, steroids, bioflavonoids, saponins.

The latter, by the way, provide access to immune cells to various microbial pathogens. For example, the cells of the causative agents of tuberculosis and leprosy are masked by a special wax shield. But saponins of this plant loosen it, providing access to microbes, and simultaneously stimulate the protective functions of both cells and the organism as a whole.

If you decide to start the "Gotu Kola" reception, then for sure you want to know when to expect the result from using it. It is impossible to say unequivocally, because everything depends on the goals that you set for yourself, on the state of health at the time of taking this supplement. Experts say that the effect manifests itself very quickly, but if the state of health is bad enough, the nervous system is depleted, then improvements should not be expected earlier than 2 weeks after the beginning of the reception. 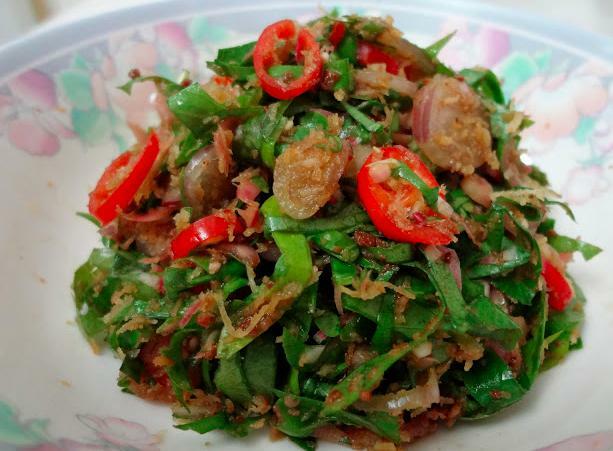 Of course, if you started drinking Gotu Kola for better memory, then do not wait for noticeable changes on the second day. The effect of ingestion accumulates with time. In a few weeks you will notice how much easier it is for you to learn the information. In addition, many also note a reduction in fatigue and increased endurance.

If you do not trust ready-made dietary supplements, then try to find a dry herb first and make an infusion from it. The use of such tea will also have a stimulating effect on the brain, nervous, cardiac, circulatory system. In many countries, people do not look for ready-made extracts, but simply add this herb to salads, eat it raw or brew.