Preparation "Clemastin": instructions for use and doses, analogues and reviews

Clemastin is an antihistamine intended for oral and parenteral use. The antihistamine effect of the drug manifests itself by blocking certain receptors. 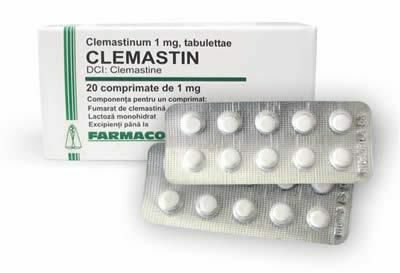 "Clemastin" instructions for use describes how a medicine that exerts a drying effect on the skin, eliminating itching, swelling and allergic reactions.

The drug prevents vasodilation, eliminates the contractions of smooth muscles that occur due to the action of histamine. Capillaries become less permeable, cholinergic receptors located in peripheral tissues and the central nervous system are blocked."Clemastin" instruction for use describes as a means of having a moderately expressed sedative effect. In addition, it provides local anesthesia.

When used internally, the drug is well absorbed into the digestive tract. The highest concentration of the agent in the body is noted on average three hours after its administration, and the maximum effect in six hours. The required effect can be observed up to 12 hours, sometimes 24 hours. Metabolism occurs in the liver. The drug enters the urine, is excreted from the body mainly in the form of metabolites. When used during lactation, Clemastin is present in milk. 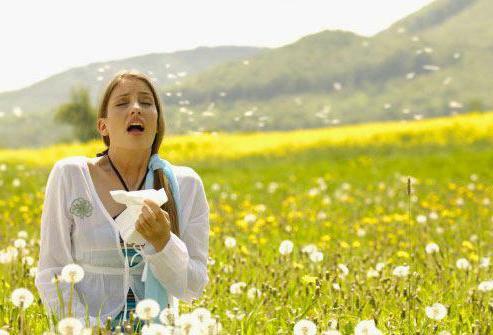 When is the drug used?

"Clemastin" instruction manual allows you to take inside and parenterally.

Due to internal use of the drug, pollinosis and serum sickness are eliminated, dermatitis( contact, itching) and eczema are treated, acute and chronic. Therapy leads to the disappearance of rhinitis vasomotor and rhinitis of allergic etiology, it allows to remove itching, urticaria, manifestations of allergic reactions that occurred after insect bites."Clemastin" successfully copes with medicinal exanthema and hemorrhagic vasculitis. As a result of its use, acute iridocyclitis is cured.

Parenterally, the drug is used to prevent the occurrence of allergy and psvedoallergii. Thus, angioedema is removed, it is possible to perform complex therapy of anaphylactoid and anaphylactic shock.

"Tavegil"( "Clemastin") instructions for use prohibit taking with increased sensitivity to the components of the drug. It is not prescribed for pregnant women and patients who are breastfeeding. The drug is not suitable for the treatment of pathologies in which the respiratory tract sites located in the lower regions are affected. 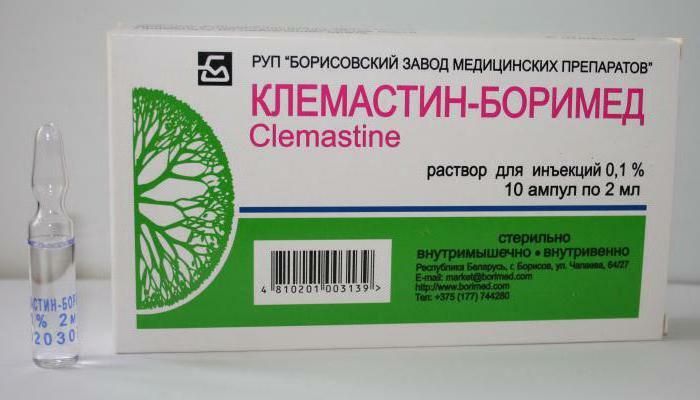 Children under the age of six do not receive Clemastin tablets. Instructions for the use of injections of the drug and syrup defines as contraindicated for the treatment of children younger than 1 year.

Restrictions are necessary for prostatic hypertrophy, which provokes the development of problems with urination, stomach ulcer( stenosing).

Restrictions are established with obstructions affecting the bladder in the neck and duodenum, diseases of the cardiovascular system. They are also used in the presence of hyperthyroidism, closed glaucoma.

Dosage and method of application

The drug after penetration into the body starts to act quickly enough, maximum after one hour. With the internal use of Clemastin, the way of application and dose looks as follows: 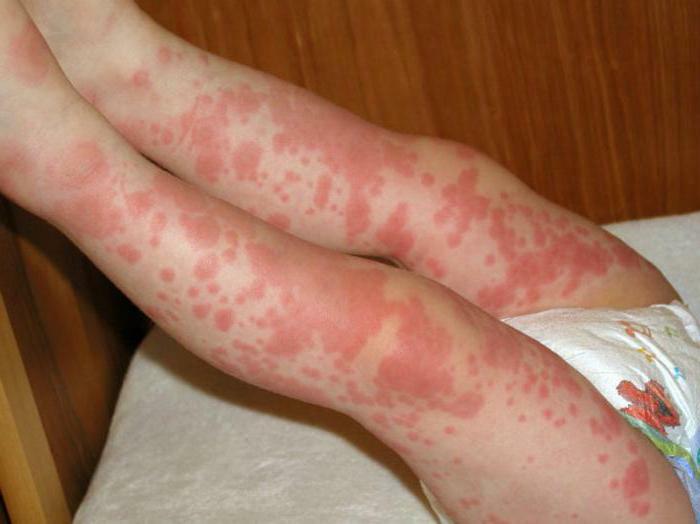 In cases where the medication has been missed, it is taken immediately. If you need to take the next dose soon, the previous one is missed and the prescribed treatment regimen is followed. In such situations it is forbidden to double the dose.

"Clemastin" instructions for use allow to take if necessary.

Side effects may manifest problems with urination, dizziness, blurred vision. There may be convulsions and hallucinations. Some patients experience impaired coordination and confused consciousness.

There is a possibility of the drying of the membranes lining the larynx, nose and mouth, thickening of the mucus. Other side effects may cause nausea and drowsiness. In rare cases, headache develops, constipation or diarrhea, vomiting. A person can be irritable and restless. Sometimes there is increased sweating. The patient can quickly get tired, nasal congestion and chills are possible.

When using the Clemastin tool instructions for use, price, precautions are mandatory information. 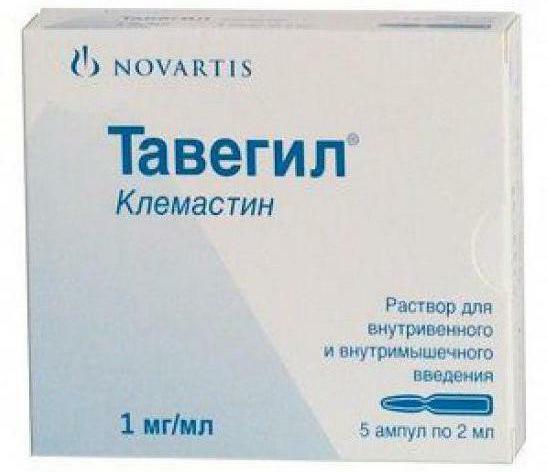 Therapy eliminates the possibility of drinking alcohol and driving. It should be taken into account that the drug can affect the safety of certain activities. In the treatment of elderly patients and children under six years of age, the drug is used with caution.

Before carrying out some types of allergolonics testing, it is necessary to stop the treatment with Clemastin for 72 hours.

So that the medicine does not irritate the walls of the stomach, it should be eaten with food, washed down with milk or water. To eliminate drowsiness, you can drink tea and coffee. With dry mouth, pieces of ice, caramel with a sour taste and chewing gum without sugar in the composition are doing fine.

The drug is not compatible with hypnotics and MAO inhibitors. It enhances the effect of sedatives, barbiturates, holinoblokatory, neuroleptics, anesthetic drugs and other drugs that depress the central nervous system. Interacting with certain medicines, the drug may weaken their effect.

The analogues of the drug for the active substance are "Tavegil", "Bravegil", "Rivtagil", "Clemastin-Eskom", "Clemastine Fumarat".If necessary, after consultation with a doctor, you can choose an analogue of the Clemastine. Instructions for use, the price of the tablet is advantageous and convenient for use. Tablets of domestic production can be purchased for 70 rubles, Swiss, Bulgarian, Italian and Polish preparations of the same form - for 75-180 rubles. The cost of the syrup( India) is approximately 180 rubles per 100 ml of the funds. 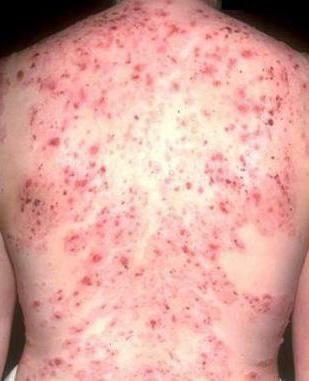 Some customers consider Clemastin and its counterparts to be outdated tools that can not cope with their task. Many people note the effectiveness of the drug when eliminating allergies. Often in the reviews there is information that "Clemastin" is one of the most effective drugs and eliminates the manifestations of any allergic reactions, even when you can not do it with the help of other means.