In this article we will consider what is laser vision correction in St. Petersburg. In modern ophthalmology this type of treatment is used in 53 countries of the world, including England, France, USA and Japan, for more than twenty years. At present, several million people on our planet have healed their eyes, thus changing their image, lifestyle and style.

In St. Petersburg, laser vision correction is performed by the doctors of the following clinics:

Laser correction of the eye is called the method of cardinal correction of vision, which relieves the patient from the daily wearing of optical instruments. This method was invented more than 20 years ago, so doctors were able to accumulate immense experience in this field. Today, numerous technical improvements have made the principle of laser influence on the optics of the eye the most accurate process in medicine. 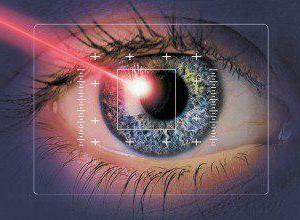 What does each clinic of laser correction of vision of St. Petersburg offer? How do they operate here? The vision correction is carried out very quickly - only 10-15 minutes the procedure lasts. The laser works in a sparing mode, therefore experts use only drop anesthesia. Postoperative sensations disappear after a couple of hours, and the next day you can experience all the advantages of vision without contact lenses and glasses. With high predictability, doctors receive 100% vision in most patients precisely because of the micron accuracy of the laser corneal grinding.

Who becomes a client?

Why do people want to correct their vision with a laser? The first reason is the type of person's qualification, when the optics creates some discomfort in the work. The second factor is called medical indications, when using glasses and lenses it is impossible to correct vision. And, finally, the most common reason is the usual reluctance to wear glasses. This category of patients perceives optical devices as eye prostheses, which can not be hidden from others, which entails serious psychological discomfort.

How is laser vision correction performed in St. Petersburg? First, the patient's eyes undergo complex diagnostics, during which the curvature, topography and thickness of the cornea, intraocular pressure are measured, visual acuity, degree and type of deviation are checked. One week before the examination, you need to stop wearing contact lenses, as they contribute to the distortion of the surface of the cornea, which can affect the outcome of the examination.

On the day of the operation, the total time spent in the hospital is about one hour. The patient should take with himself sunglasses, in which he will be the first 2-3 hours after adjusting the vision. It is also forbidden to use makeup for the face. Before the surgical intervention in the eyes of the patient, the doctor instills a special anesthetic, thanks to which the operation is completely painless, and installs eyelid dilators. Each eye is adjusted for 10 minutes.

After the completion of the session, the client is taken to a special darkened room, where he adapts to the environment in a comfortable environment. Then, after half an hour, the doctor examines the patient for the last time, determining the preliminary outcome of the operation, and gives him a set of medications: drops for the eyes( they must be used within a week) and a drug that has an anti-inflammatory and analgesic effect. The client must visit the ophthalmologist the next day to monitor the restoration of his visual functions.

Laser vision correction in St. Petersburg is not considered a complex operation. After it, people can feel some discomfort, which is expressed in photophobia, increased tearing, a feeling of mote in the eye. However, these inconveniences almost completely disappear after a couple of hours. As a result, vision is restored, and the need to wear optical devices disappears. 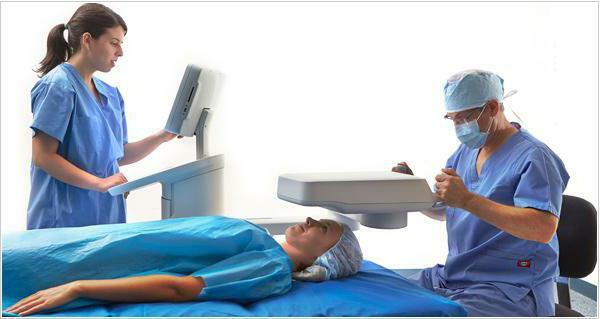 Laser vision correction in St. Petersburg is carried out by many ophthalmological clinics. What is the "Copper" hospital? Doctors of this center have tremendous experience, which in combination with ultramodern equipment allows you to take into account the subjective qualities of customers. It is this nuance that allows you to create a unique correction option for each patient. The quality management system additionally provides a high level of professionalism and service of the provided medical services. 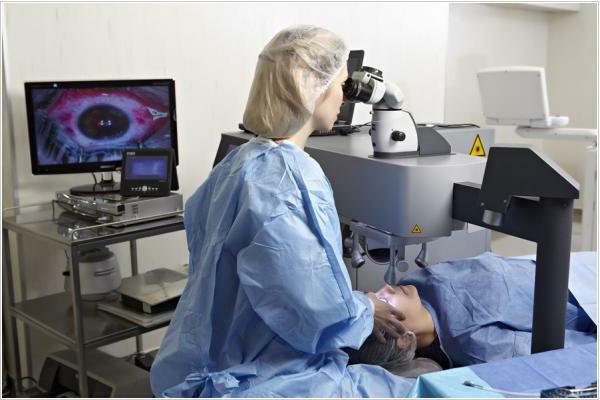 Before the laser is applied, a cumulative vision and postoperative examination at this center is free of charge.

What is a laser correction of vision( SPb) Fedorova? The intersectoral scientific and technical complex "Eye Microsurgery" was established in 1986.The basic goal of MNTK is the creation of progressive methods of diagnosis and treatment of eye ailments, their accelerated introduction into medical practice. Specialists develop the technologies necessary for this and solve the most important social task - they make their achievements accessible to all Russian citizens.

Within the walls of MNTK named after famous academician Fedorov more than six million people restored their eyesight. Doctors of this hospital for 30 years have conducted more than 320 000 laser surgical interventions. They have all the innovative techniques that provide an opportunity to correct any refractive disorders. 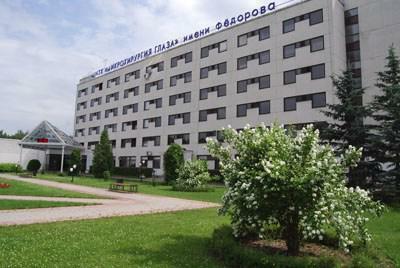 Patients wishing to correct vision in this clinic can choose the type of operation from the following list:

Why is this clinic of laser vision correction( St. Petersburg) a key medical institution? Here refractive laser operations are performed, which allow correcting hypermetropia to +6.0 D, various types of astigmatism up to ± 7.0 D, myopia to -18.0 D.

The hospital employs candidates of medical sciences and doctors who not only perform routine operations, but also engaged in scientific research, develop laser domestic technologies.

For 30 years, more than 350 ophthalmologists have been trained on the basis of the department. The staff of the clinic participated in the creation of six hospitals in other countries, now many of them work in Vietnam and China.

How much does laser correction of vision in St. Petersburg? We will study the prices of the basic services that are indicated for microsurgical operation of one eye:

The above are the average prices for the city. They can vary depending on the clinic and the characteristics of the patient. 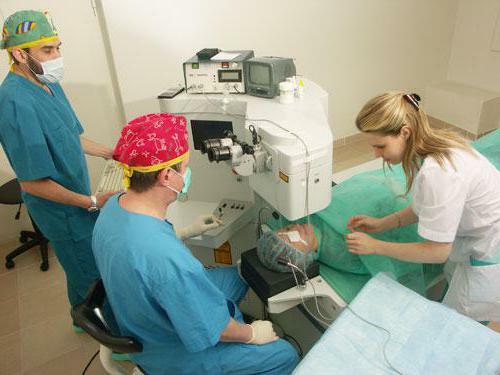 Why is laser sight correction in St. Petersburg very popular? Feedback - that's what we are now considering. Many patients say that they were afraid to do this operation. They argue that, in order to prepare mentally, before surgical intervention tried to learn about it all sorts of information.

Clients say that during the session you need to look at the red dot, that the procedure is very fast, and after its completion a bit unclear in the eyes. They also write that the anesthesia passes in 15 minutes, and in the evening you can already walk along the corridor of the clinic and see the world clearly and clearly, without putting on lenses and without screwing up. Clients say that three days after the operation they felt fine, although they were told that a month was needed to heal.

Many people write that you can start working a couple of days after correction, and if the work is connected with a computer, you need to take a break every 15 minutes and try not to strain your eyes for the first two weeks. 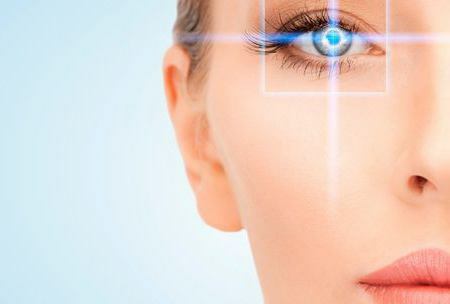 Some patients say that surgical interventions in commercial clinics are unreasonably expensive. What to do if they need laser vision correction in St. Petersburg? Prices, unfortunately, do not suit them. They argue that in a simple state hospital the conditions are slightly worse, but the doctors are the same, and the equipment is similar.

Many people thank the doctors at the Eye Microsurgery Hospital of Gazprom. They write that in just seven minutes they were able to get 100% vision. Patients report that they are satisfied with the result of an operation performed using LASIK technology and call doctors magicians. They really liked the laser vision correction in St. Petersburg. By the way, they consider the prices acceptable.

There are patients who are dissatisfied with the work of the doctors of the clinic "Optimed".They write that after the operation their vision has fallen catastrophically, as the cornea is burnt. These people say they talked to other doctors, and they told them that vision is most likely not going to be returned.

Perhaps, after studying our article, you will be able to find the most optimal way to improve your vision.