Everyone knows that health problems can be not only in humans, but also in animals. Farmers, who decided to start breeding chickens, it is important to consider that they can be susceptible to various diseases. Therefore, it is necessary to adhere to all the required preventive measures, and in case of problems, they must be eliminated in time. 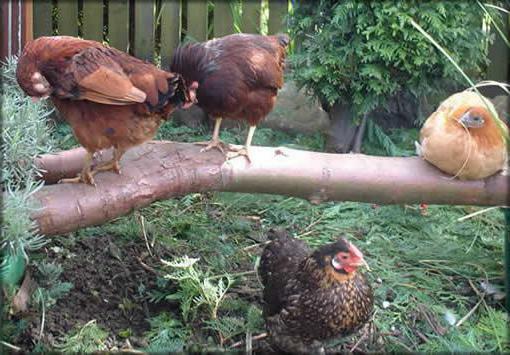 In the article we will talk about such a disease as Marek's disease in chickens. Consider its main features, types, ways of prevention and treatment.

General information about the disease

The disease occurs as a result of damage to the cells of the body of the bird and is an acute viral disease. In this case, the hen at the time of infection becomes a carrier of the infection and, if not taken all the necessary measures, can infect the others. 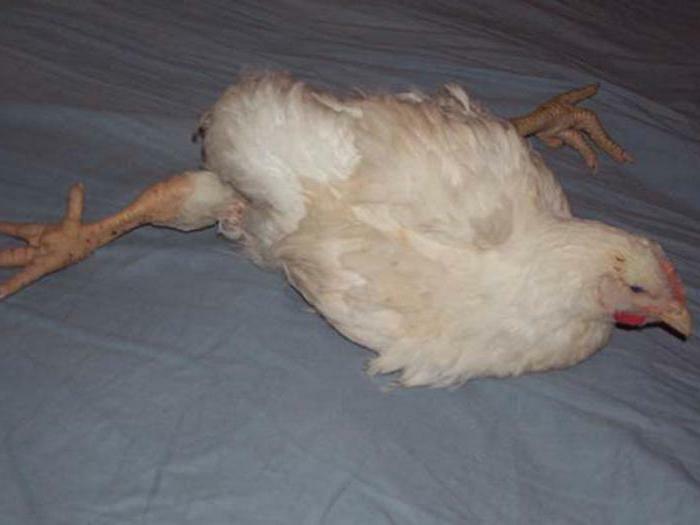 The virus penetrates not only into the body of the bird, but also is released into the environment: food, feathers, dust and so on - everything is infected and for a long time retains its destructive properties. For example, at a temperature of +20-25 degrees the virus remains active for several more months, and at a temperature of +4 degrees it is several years.

The only thing that can at least be a little happy in this situation - an aggressive agent dies at a high level of humidity. And this means that he, most likely, is not inherited from the chicken to the chicken.

What contributes to the occurrence of a disease named after the scientist Marek? The disease manifests itself as a result of the destruction of the bird's organism by a DNA-containing virus, which is called "herpesvirus".It interferes with the formation of viral neutralizing antibodies and is characterized by interferon activity.

As mentioned above, the causative agent of the disease is able to survive in the external environment within one year.

Marek's disease( domestic birds it affects frequently) provides for infection by airborne( aerogenic) pathway. The main carrier of infection is the affected chicken, which releases the virus into the environment. This can occur both through the respiratory tract, and through the digestive tract or skin-feather follicles.

As a result, Marek's disease can be transmitted to other birds through feathers, down, feed, water, dust or carried by insects.

There are no specific signs at the initial stage of the disease. The appearance of the problem can only be suspected by the pallor of the crest, weakness and exhaustion of the bird, unnatural gait or posture. In addition, the chicken can begin to show concern. If the disease touched immediately a large number of individuals, there is a possibility of the appearance of depressions in birds, which will entail dehydration and sudden weight loss. 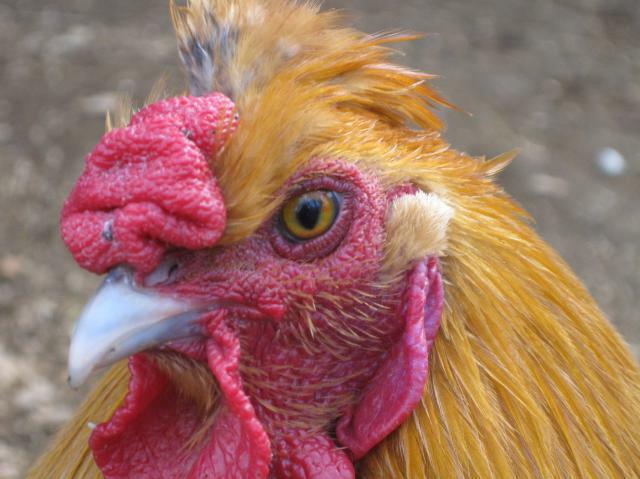 After the incubation period, which can last from 2 to 15 weeks, Marek's disease in chickens begins to manifest more pronounced.

Acute form of Marek's disease and its symptoms

The acute form of the disease is characterized by loss of body weight, loss of strength, rejection of feed, paralysis and paresis, improper setting of the body( head, legs, tail, wings), digestive problems. If the bird's eyes were affected by the virus, it threatens to have a very rapid loss of vision.

The acute form is characterized by a rapid course of the incubation period and the disease itself. As a rule, a chicken dies at the age of 1 to 5 months.

The acute form of the disease is very similar to leukemia, so after the death of the bird it is important to transfer her body to a special laboratory for examination and precise diagnosis.

Classical form of Marek's disease and its symptoms

There is also a classic form of such a problem as Marek's disease. Symptoms in this case will be as follows: the iris of the eye changes its color to bluish or gray, the pupil becomes pear-shaped or polyhedral, the tail and wings hang, the neck twists, the bird begins to limp.

These changes are related to nerve damage, which caused paralysis of the whole body or some of its parts.

The incubation period in the classical form of the disease can last for 2-3 months. The chicken perishes at the age of 5 to 16 months.

In order to have an idea of ​​how the bird's eyes change when diagnosed as "Marek's disease," the photo below will serve as a good example. 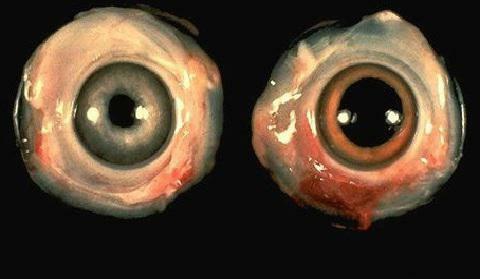 Obviously, it is very difficult to confuse this disease with any other.

Often there are cases when the chicks recover, and after some time( about 2-6 weeks) still die.

This is due to the fact that Marek's disease is also accompanied by changes in the internal organs of the bird. You can detect them only after the death and dissection of the chicken. They appear in the form of numerous foci of tumor development on one or another organ. Most often affected are the heart, stomach, liver, lungs, kidneys, pancreas, ovaries and testes, a factory bag, nerves of the brachial plexus, skin.

The acute form of the disease affects one or more vital parts of the body, which leads to the death of the bird.

In this case, the liver and spleen are usually enlarged and have a bumpy or smooth surface with the inclusion of focal or diffuse gray nodules on it.

Marek's disease can be diagnosed in special laboratories. To this end, the corpses of dead birds are sent there.

For the purpose of precise identification of the cause of death, rapid diagnostics is provided, which includes carrying out bioassays on chickens, chick embryos, cell culture assays. As for serological reactions, RNF, RDP, RIGA are used.

Additionally, it is necessary to conduct differential diagnosis, which will help to eliminate the presence of hypovitaminosis B and C, leukemia, viral encephalomyelitis.

Marek's disease in chickens: treatment of

Are there ways to get rid of the problem? Unfortunately, the treatment of Marek's disease is very rarely effective, because there are simply no special means that will help to defeat the disease. Therapy includes the use of standard antiviral drugs, but the likelihood of a fatal outcome remains high enough. For example, laying hens die in 50% of cases. It is noteworthy that broilers survive much more often - in about 90% of cases.

If a bird already has paralysis, the chances of its successful recovery are approaching zero.

That's why a special vaccine against Marek's disease was developed, which will help to form immunity from the virus and protect the bird. Let's talk about this in more detail.

It starts with the fact that only a qualified specialist( veterinarian) should be vaccinated. It is impossible to do this on your own. 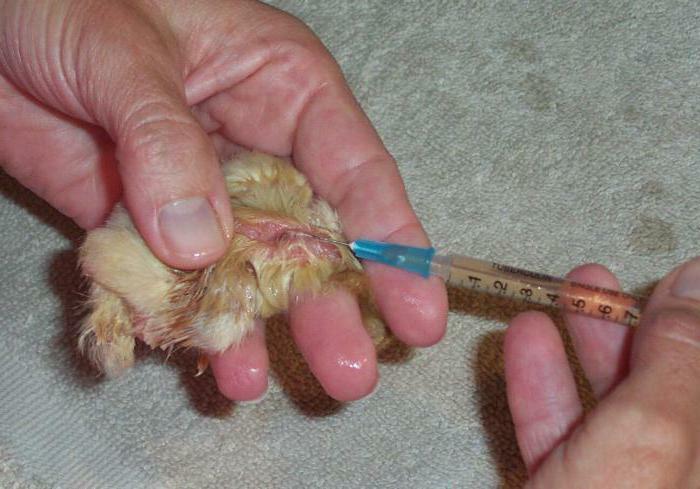 It is important to take into account the fact that the acquired immunity is not transmitted from the chicken to the chicken. Therefore, it is absolutely necessary to carry out immunization of each generation of birds.

As a rule, chickens are vaccinated with live vaccine, which contains a weakened strain of the virus. Immunity of a young organism can easily cope with it and, as a result, further immunity to it is developed, which persists until the end of life.

For maximum effectiveness, it is recommended that the chicken be vaccinated already during the first day of its life. After this, the procedure is repeated after two weeks( on the fifteenth day).

Consider a brief summary of the three best-known vaccines that will help to avoid such trouble as Marek's disease.

The vaccine goes on sale in the form of a frozen suspension. It is packaged in 1000, 2000 or 4000 doses in glass ampoules of 2 ml each. All of them are fixed on special tripods and placed in a Dewar vessel with liquid nitrogen, in which( according to the instruction) the transportation and storage of the medicament must take place. A drug is prescribed for the treatment of Marek's disease and Gamboro's disease in chickens.

The agent contains in its composition:

Before use, the vaccine must be diluted with a special solution of the company "Merial" according to the instructions attached to it.

The drug promotes the formation of immunity to Marek's disease after a single application. The effect persists throughout the life of the bird.

The shelf life of the drug, provided all the necessary transport and storage measures are observed, is 3 years( 36 months).At the end of the application of the funds is prohibited.

The drug is immediately disposed of in cases where:

Decontamination means that it is boiled or treated with 5% chloramine and 2% alkali solution in a 1: 1 ratio for half an hour.

This preparation is packaged in 1000 or 2000 doses and is in ampoules of 2 ml each. As in the previous case, the vehicle is transported and stored in a Dewar vessel with liquid nitrogen. The temperature should be -196 degrees.

After using the vaccine, the immunity in chickens is formed on the sixth day and is maintained until the end of its productive use.

The drug has no therapeutic properties and is completely harmless.

The product must be disposed of in the same cases as described in the Waxitec vaccine.

The product is commercially available in the form of a frozen suspension. In its composition it contains:

The preparation can be packaged in 1000 or 2000 ampoules and stored in a container with liquid nitrogen( Dewar vessel) at a temperature of -196 degrees Celsius.

Immunity after the use of the vaccine is formed on the 7-14 day and is maintained throughout the life of the bird.

Methods of prevention of Marek's disease

Prevention of the disease primarily involves immunization, which was discussed in the previous sections of the article. In addition, it is necessary to comply with a few more simple rules.

Undoubtedly, Marek's disease is a very serious problem for poultry farmers. The disease affects the chickens and causes their blindness, paralysis, paresis and death. Another fact that significantly complicates the situation is that the medicine for the disease has not been invented yet, and the treatment with anti-inflammatory drugs is low in efficiency even at the initial stages. The only thing that farmers can do to preserve the health and life of chickens on the farm is to carry out a timely vaccination and observe simple rules of prevention.