Abstinence syndrome with alcoholism is a very difficult condition, which is usually accompanied by severe pain attacks. In this case, a person often breaks down on relatives and even raises his hand on them. To facilitate the patient's position, the doctor prescribes special medicinal compounds that can improve the condition and remove the pain syndrome. The drug "Proproten 100" is a homeopathic remedy, which has virtually no analogues, but it is considered one of the best, according to the doctors-narcologists.

What is the uniqueness of Proproten 100?

"Proproten 100" is used during monotherapy of alcohol withdrawal. According to many narcologists, this drug is currently the only homeopathic remedy that not only relieves pain, but also eliminates the risk of disruption in the treatment of alcohol dependence."Proproten 100", the instruction for use confirms this, reduces the need for alcoholic beverages, as a result, a person drinks much less. Two tablets a day will be enough to reduce cravings for alcohol. 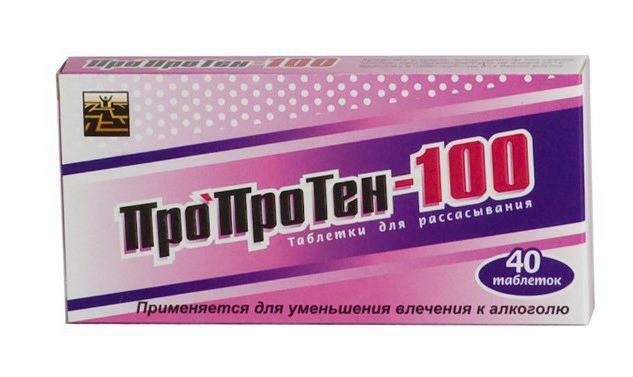 The drug has undergone a number of studies that have proved that it effectively removes the symptoms of withdrawal symptoms. Also, this tool is recommended to use as a supportive after it was possible to get a person out of the binge. Numerous studies have shown that in very rare cases the drug has undesirable effects on the liver, kidneys and heart, namely these internal organs most often suffer when a person abuses alcoholic beverages.

The action of "Proproten 100" is based on small doses of antibodies to the brain-specific protein S-100.These components contribute to the rapid recovery of the functions of nerve cells, which lose the ability to work normally under the influence of toxins contained in alcohol. As a result, there is a reduction of all symptoms of withdrawal that cause discomfort in a person.

"Proproten 100", reviews of drug treatment doctors confirm this, it can be prescribed to patients with any form of dependence, including this refers to domestic drunkenness and formed alcoholism. The first improvements begin to appear already on the third day after the start of the drug. If we compare it with traditional methods of treatment, then they show their effectiveness only in 25% of cases.

"Proproten 100" is available in two forms: tablets and drops. The tablets are white or creamy-creamy, their shape resembles a flat cylinder with a facet and a risk, the structure is uniform with a smooth surface. On the side with the dividing line, you can see the inscription MATERIA MEDICA, and on the back - PROPROTEN 100.

If you study the formulation "Proproten 100" composition, then the tablets have antibodies to the brain-specific protein S-100, as well as lactose monohydrate, MCC and magnesium stearate.

A drops are a colorless liquid with a characteristic smell of alcohol. The bottle-dropper contains 25 ml of the drug.

How does the drug work on the body?

You need to drink pills and drops during the complex therapy of alcoholism."Proproten 100", the instruction for use prescribes, it is necessary to take for: 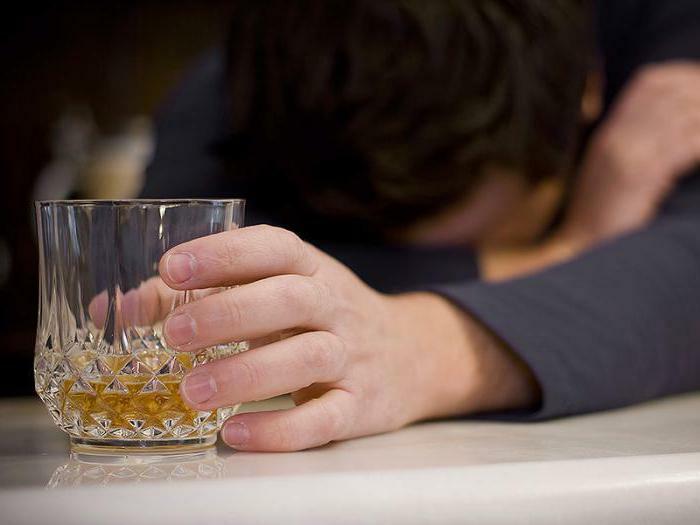 "Proproten 100", reviews of drug treatment experts confirm this, successfully has a modifying effect on a specific protein in the brain, thereby changing its function in terms of the relationship between the two types of brain processes - metabolic and informational. Under the influence of the active substance of the drug there are several effects:

In addition, the reception of the drug "Proproten 100" helps in the fight against mental disorders: 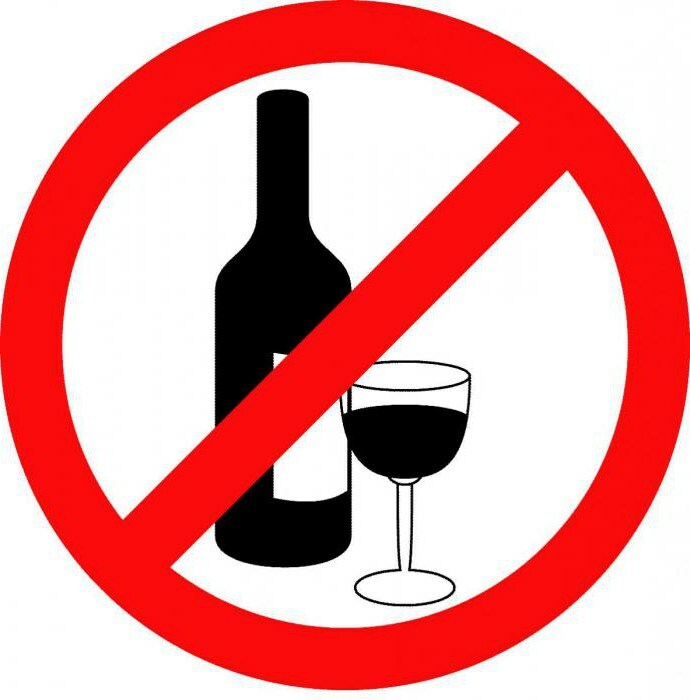 Also, the drug "Proproten 100", reviews of drug treatment experts confirm these facts, copes well with any malfunctions of the autonomic nervous system:

There is another advantage in using Proproten 100, which means that after passing the full course of taking the drug, it affects not only the cravings for alcoholic beverages, but also how much alcohol a person consumes. In simple terms, if you take the medicine for a long period of time, then after the end of therapy, before going to a grand party, it will be enough to drink a small dose of the drug and the need for alcohol will be reduced several times. Before you figure out how to drink "Proproten 100 " , you need to know exactly when to show it.

Indications for the use of the drug "Proproten 100"

In the practice of narcologists, indications for prescribing the preparation "Proproten 100" are such states: 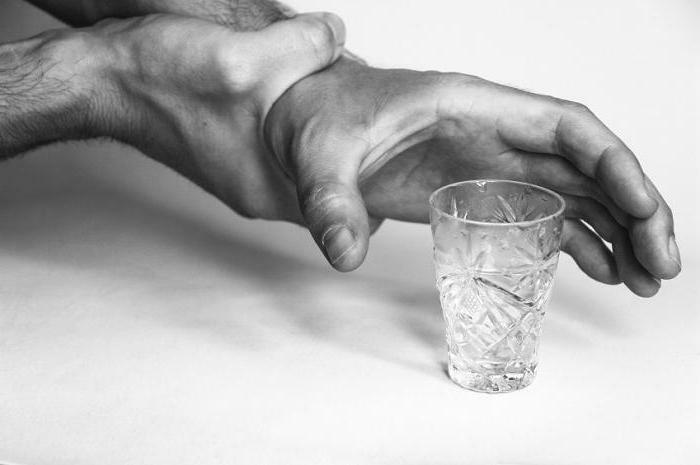 As stated in the instructions, the drug is recommended for monotherapy abstinence and no additional treatment is required. But many medical workers believe that the best result in treatment will be obtained only if individual complex therapy is selected. If this is not done, then no one will decide to give a guarantee that there will not be a relapse. The tactics of treatment are determined by the doctor in each individual case. Not only the patient's condition is taken into account, but also the presence of accompanying pathologies.

Features of the treatment with the drug "Proproten 100"

The testimonies of those who have already tried the medicinal property of the drug say that taking pills and drops even after a long and heavy drinking-bout can almost completely stop using alcohol-containing beverages. With its help it turns out to cope with intoxication without the use of alcohol, thanks to this it is possible to break the vicious circle, which all the time returns a person to drinking alcohol.

Based on this, it is possible to accurately answer the main question, which tortures those who have been living with a person who consumes alcohol for many years. Does "Proproten 100" help? Yes, it helps, and it is quite effective.

The active ingredient, which is a part of the preparation, is important enough for the normal functioning of the brain, protecting it from any injuries and damages, in determining the immunological functions of the nervous system. With a complex form of alcoholism and prolonged use of alcoholic beverages, the function of the special protein S-100 is disrupted. And it can be understood easily if the patient has such kind of symptoms: 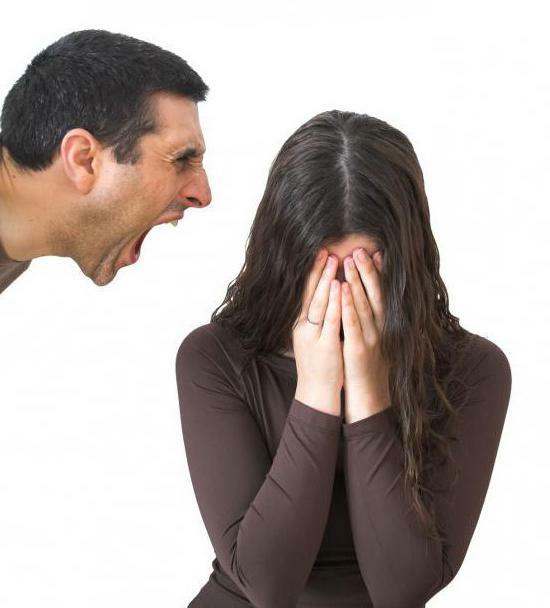 But before you start taking the drug, you need to know about the features of its use, because, for example, it contains a small amount of lactose, which means that it can not be used in the treatment of patients with such diagnoses:

It is also worth remembering that for the duration of treatment with the drug "Proproten 100" you need to abandon the driving of the vehicle. No studies have been conducted to obtain this data, but doctors recommend refraining.

So, the medicine "Proproten 100" how to take is recommended?

How to take the drug correctly?

A single dose is one tablet, which must be placed in the mouth and kept until it completely dissolves. Do not drink.

When a hangover or withdrawal symptoms are advised to take the drug every half hour for 1 tablet for the first two hours, and then for 10 hours one tablet every 60 minutes. If the patient takes a break for a night's sleep, then immediately after awakening, you need to continue therapy.

After the patient's state improves slightly, the scheme will need to be changed: the next three days should be taken with an interval of three hours. But in this case, a person should take no more than six tablets per day. If symptoms again strongly manifest, then in this case you need to seek help from a doctor, so that he prescribes drugs that are used to detoxify the body. 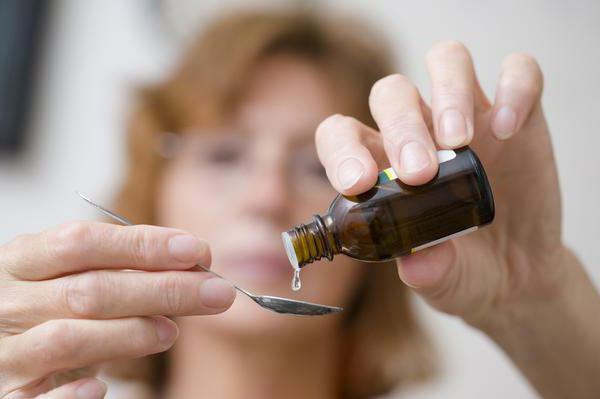 To prevent relapse, it is impossible to stop taking Proproten 100 from alcoholism. It is necessary to conduct therapy the next three months, taking 2 tablets every day. If during the treatment a person accidentally drank a drink containing alcohol, then in this case he is recommended to take an additional 2 tablets: one in the afternoon and one before bedtime.

Drip in the form of drops are also advised to eat between meals and drinking, they are first mixed with water and drunk at a salvo.

If the patient has all the signs of alcohol withdrawal, then in the first two hours with half an hour intervals take 10 drops, which drip in a spoonful of water. After another 10 hours take 10 drops every hour, and in the next three days the interval between doses of the drug is increased to three hours.

As prevention of disruptions advise once or twice a day to take 10 drops of medication diluted with water, the course of treatment should be 3 months. If the patient who takes Proproten 100, whose dosage is 10 drops per day, accidentally drank alcohol, then he is recommended to take two additional doses: at lunchtime and before going to bed.

According to those who have already managed to get rid of the addiction, the use of the drug "Proproten 100" for therapeutic purposes allowed not only to eliminate cravings for alcohol, but also other symptoms that did not allow a person to lead a normal life. So, this drug: 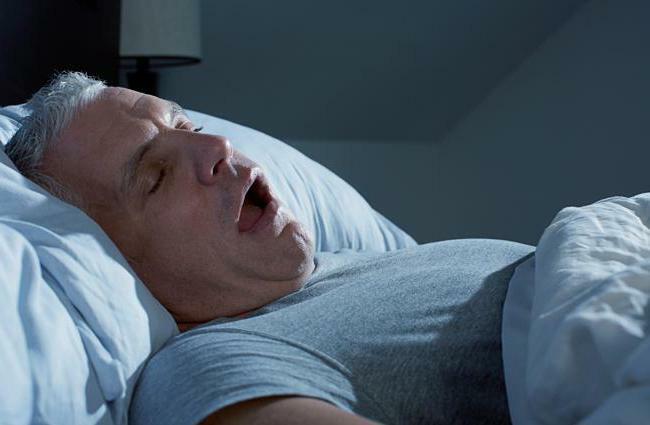 I also want to say that it is possible to conduct drug treatment without the patient's knowledge. Just add it to liquid food or drink."Proproten 100", reviews of narcologists say this, gives good results in the treatment of patients who do not want to start therapy on their own, but still, if a person takes the drug consciously, the outcome of treatment is much better.

Contraindications and undesirable manifestations of

Before you start taking the medication yourself, doctors advise you to seek advice, because there are a number of contraindications, and everyone who is going to start therapy should know about them, especially if it is kept secret. The drug should not be taken to people in the following cases:

Very often it happens that two drugs, even if they have the same effect, are incompatible with each other. In the instructions to the drug "Proproten 100" data that it can not be used in conjunction with any other remedy, no.

Regarding the undesirable effects of the use of the remedy, they include the manifestation of an allergic reaction and a short-term vision impairment, can be doubled in the eyes for 5 minutes. Many people are interested in the cost of Proproten 100.The price of it can be different in each pharmacy. You can order a medicine online.

Price of the drug: analogues

What is surprising, for this effective medicine for a hangover and drinking-bout( "Proproten 100") the price is not too high, anyone can buy it. The cost mainly depends on the packaging and form, it varies between 90-240 rubles. Sold free, no recipe required.

Also many patients, especially those who have contraindications to the use of the drug, are interested in the question, if the medicine "Proproten 100" has analogues. The answer to this is one - no. So far, not a single drug has been created that would have the same effect on the human body, abusing alcoholic beverages. Therefore, you do not need to believe scams and buy fakes that are dangerous to health.

Comments of doctors about the application of "Proproten 100"

Doctors-narcologists often recommend to all those who can not independently control alcohol consumption, taking the drug "Proproten 100" and say that it does not cause a person any serious side effects and already in a few dayspainlessly removes from a hangover. In addition, this drug does not harm internal organs, but on the contrary, supports them, because alcohol adversely affects the work of the heart, kidneys and liver. The majority of patients who underwent a course of treatment are experiencing a positive trend and 50% of them completely refuse to drink alcoholic beverages.

But do not forget that the best results of treatment will be provided if the patient consciously begins to take it in accordance with the scheme prescribed individually to him by the doctor. Interrupt treatment should not be, otherwise a relapse may occur.