With such a phenomenon as coughing, we come across more than once in our life. Any common cold and viral illness often occurs with this unpleasant symptom. Therefore, it is very important to always have at your fingertips effective means for alleviating the condition. And choose one drug that will help in any situation, it will not work. Depending on the symptomatology, each time you have to choose new treatment regimens, combine pharmacy products with folk remedies. Today we want to conduct a general review of the most effective drugs and ways of treating cough. 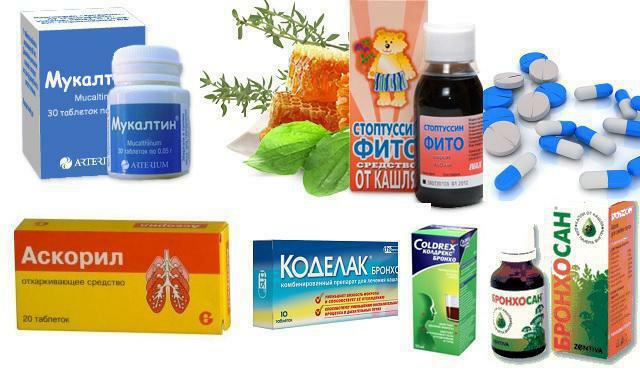 What is a cough

First and foremost it is a protective reaction of the body. Despite some trouble, it is very important. Thus, the body tries to get rid of harmful microorganisms and mucus. Therefore, your task is not to suppress cough, but to help the body bring this work to the end. Proceeding from the fact that there are many varieties of this symptom and ways of treating it, today we will only talk about expectorants with a wet cough.

will get rid of it. In fact, it is not necessary to rush things. Wet cough is productive, it is not as unpleasant and painful as dry. Therefore, expectorants with a wet cough are not directed at suppression, but on stimulation of cleansing of the lungs and bronchi. However, in addition to taking special medications, you can take a number of other measures to get better soon.

What drugs should I refuse?

Often with such a symptom we do not go to the hospital, but go directly to the pharmacy to choose expectorants with a wet cough. The choice to date is very large, and in most cases, pharmacists do not ask about the appointment of the attending physician. However, there are drugs that do not exactly help you.

First and foremost, this is actually antitussive. They are effective if the cough is dry, barking. The drug suppresses it, thereby removing discomfort. In your case, taking such drugs can lead to the accumulation of sputum and the development of pneumonia. An example of such tools can serve as "Codeine", "Atussin", "Stoptussin."

Mucolytics are not the best choice either. They dilute sputum and have a slight anti-inflammatory effect. However, their use is justified only if the sputum does not leave on its own, that is, it is too thick. Examples include well-known preparations "Bromgexin", "Ambrobene", "ACTS", "Lazolvan".

The task of expectorant drugs

Let's now understand what they serve. Expectorants for wet cough are used to reduce the viscosity of phlegm and facilitate its departure. Many of them contain herbal decoctions and infusions( mother-and-stepmothers, anise and fennel, licorice and althea root).All these components are necessary in order to ensure the regeneration of damaged mucous bronchi.

It is forbidden to take them together with drugs that inhibit cough reflex. You only torture the body, simultaneously provoking a response and blocking it. In addition, during treatment it is extremely undesirable to take dehydrating organism diuretics and laxatives.

There is one more thing that you need to remember about. It is not recommended to prescribe these medicines to bed patients, since the outflow of mucus is increasing. This indicates a high effectiveness of treatment. Let's now consider what kind of drugs are on the market and what the doctors say about them. 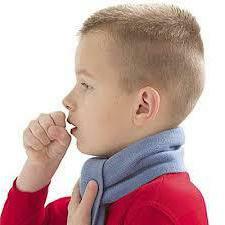 In fact, there is no clear boundary between them, but nevertheless among pharmacists it is common to divide all expectorants into four large groups.

1. Irritating to .The basis is medicinal plants. Most often these expectorants are used for wet coughing in adults and children. The active components act on the mucosal receptors. Due to this, reflex stimulation of the bronchi occurs. Such means include decoction of althea root, essential oils.

This also includes those drugs that directly affect the receptors of the bronchi. The consequence is stimulation of sputum production. This is potassium iodide and ammonium chloride.

2. preparations with sulfhydryl forms of .Used for purulent infections, to accelerate the recovery process. Thanks to such active substances as acetylcysteine, carbocysteine, sputum and pus effectively diluted.

3. Derived as a vaccine .This is the most effective expectorant for wet coughing for children. But they can also be used to treat adults. Initially, alkaloid vazitsin was obtained from the leaves of plants, today scientists were able to synthesize the artificial drug "Bromhexine", which when decomposed turns into ambroxol. This active substance promotes the dilution of sputum and increases the activity of the epithelium.

Expectorants for wet cough( for children the best option - syrups) are used very often. Despite the fact that doctors treat his treatment quite optimistically, this does not mean that you can leave it without attention. First of all, show the crumb to the pediatrician, as self-medication can be quite dangerous.

The most difficult moment is that the children are very dense and viscous sputum. That is why in pediatrics expectorants are paid special attention. There are two large groups of drugs: plant and synthetic. Today, most parents for their baby will choose a remedy based on natural ingredients. However, this is not always correct. By giving such expectorants with a wet cough to children, you run the risk of causing severe allergies.

In fact, modern synthetic drugs are more effective and safe, so do not try to choose those drugs on which traces and roots are drawn.

The most difficult thing is to treat babies of the first year of life. We need a very competent pediatrician who will pick up the safest expectorants with a wet cough. Effective potions are accepted by the children, as a rule, willingly, as they are pleasant to the taste. Many people know the drug "ACTS" - a modern medicine for cough, which is very good at its task.

However, such a dosage form for some reason is not popular with manufacturers, so the market is much more syrups and tablets. Pediatricians are most often recommended to give children either "ATSTS" or a medicine based on the root of the althea drug, which is sold in jars, bottles or single packets. It is called: "Cough dry potion".Its merits are undeniable. Inexpensive, completely safe and very effective, it allows you to quickly remove unpleasant symptoms. 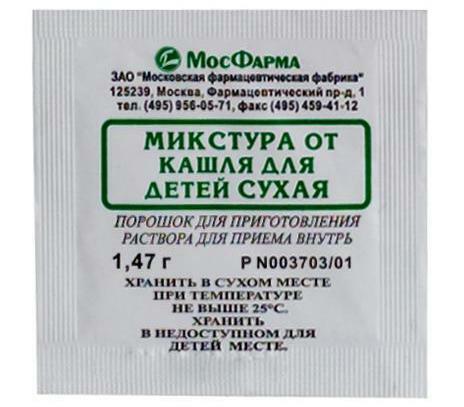 In addition, pediatricians often prescribe the powder "Fluimucil", which has mucolytic and anti-inflammatory effect.

Preparations in liquid form are absorbed into the blood as quickly as possible, which means they start acting more quickly than their solid analogs. Are these the most effective expectorants for wet cough? Syrups have their pros and cons, but they are ideal for taking before bed. Let's briefly review the most popular drugs from this group. 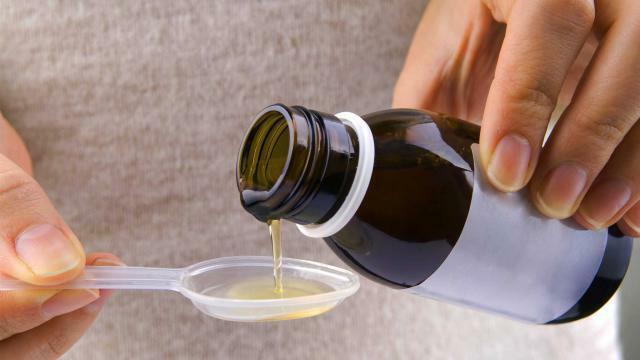 Expectorants for wet cough in adults are much easier to choose, because you can consider drugs that have alcohol in their composition. First of all, we should mention the famous "Pertussin".It is most affordable and gives a good result. At the heart of the drug is a herb of thyme or thyme. In addition, there is a variant of the drug with licorice root.

"Pertussin" stimulates the secretion of mucus and dilutes sputum. The potassium bromide included in its composition has a calming effect. However, during pregnancy, lactation and at the age of up to 3 years, the use of the drug is prohibited.

Other forms of medication for adults

Most often, expectorants with wet cough in tablets are assigned to this category of patients. Tablets are digested somewhat longer, but often are even more effective than syrups. One of the most effective and inexpensive options is Bromgeksin. Tablets are taken orally, without chewing, during meals. 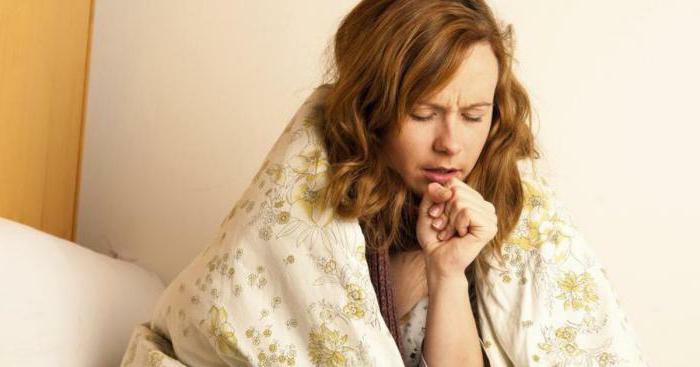 "Termopsol" is appointed from 12 years. The drug contains vegetable alkaloids, which stimulate the respiratory center, and sodium hydrogencarbonate, diluting sputum.

For both children and adults, the preparation "Mukaltin" based on althea and sodium hydrogencarbonate is excellent. It can be dissolved in water or rassasyvat until complete dissolution.

Separately there is a preparation "GeloMirtol".These are enteric capsules, which can be taken immediately before meals and washed down with water. The drug myrtolum liquefies phlegm, has anti-inflammatory and antibacterial effects.

Expectorants for wet cough for pregnant women should be selected only by the attending physician. Do not forget that you are responsible not only for yourself, but also for your future baby. Tablets for cough are chosen taking into account the minimum risk to the fetus. Most experts prescribe drugs of plant origin, of course, if the mother does not have an allergic reaction to the active ingredients. 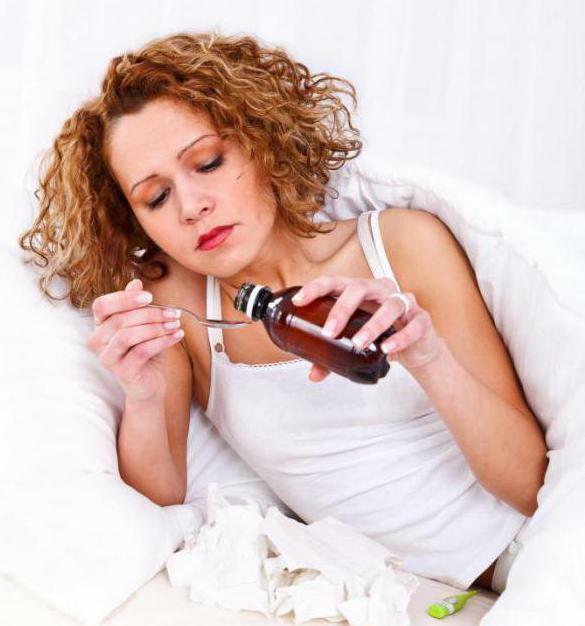 Most often doctors recommend women in the position of "Tharyngept".Active substance - Ambazone - is used to treat diseases caused by streptococci, staphylococci. This is a sufficiently safe antibacterial agent. In addition, the list of drugs allowed during pregnancy, there are the following medicines:

But the most common cough remedy for expectant mothers is the time-proven "Mukaltin".

We have listed not all expectorants. With wet cough medications can be taken different. The above funds, although they are highly efficient and affordable, are by no means the only ones. For example, do not forget the experience of folk healers. Surely, many of you will immediately remember the old recipes that were handed to us from our grandmothers. 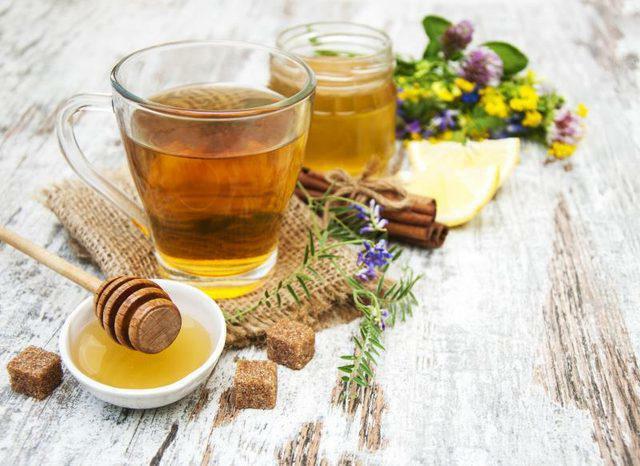 These are the safest expectorants for wet cough. Folk remedies include also currant and raspberry jam, a decoction of chamomile and marigold, lime flowers. Official medicine fully confirms their effectiveness, but doctors warn that it is also necessary to use herbs under the supervision of a doctor. Only a competent specialist can assess your state of health and say in time when you need to stop treatment with folk remedies and move on to more serious therapies, and when you can do the opposite. In some cases, if the disease is not started, herbs and decoctions can be quite enough. Therefore, in time, consult a doctor.