What is a capsule for sleep

Manufacturers of various gadgets do not cease to amaze us with the appearance of all new samples of miracle equipment and useful adaptations. Not so long ago, the Russian market appeared capsules for sleep from various manufacturers. The novelty is not available anywhere yet. But some companies in large cities can already boast of its acquisition. Those who are concerned about the high productivity of their staff, install capsules in their offices.

Why do you need this?

Economists and physiologists have been conducting research on the best organization of the work process for a long time. Millions of dollars have already been spent on developing various techniques in this area. As a result, it was found that organizing working hours is better so that in the middle of the day the weary brains of employees had the opportunity to recover. 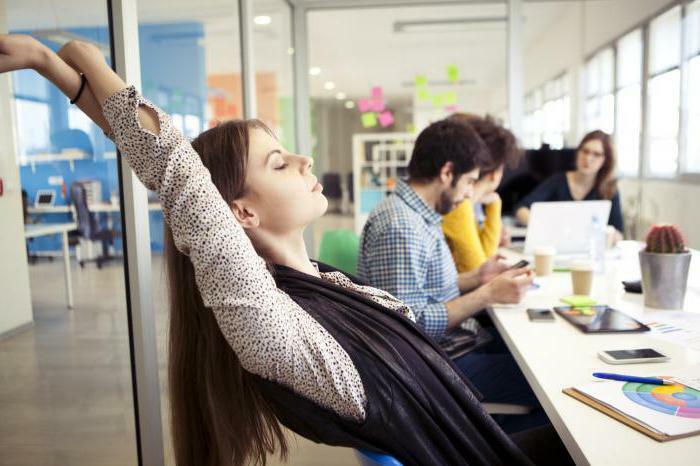 In the early 2000s in the States, this problem reached the state level. The Ministry of Health of the United States defined its fight against overwork and stresses arising at work as its priority policy. It was then that they seriously took up the development and improvement of such equipment as a capsule for sleep.

How did it all begin?

What is this device and what was it invented for? The first to whom his invention came to mind was the Asian scientists. The history, culture and lifestyle of the East are inextricably linked with relaxation techniques. Meditation and short daytime sleep are an important part of life for every inhabitant of Southeast Asia.

The first prototype of modern capsules appeared in Japan in the last century. Having already crossed the turn of the 2000s, scientists decided to develop this direction, and now we have a modern device that allows us to isolate ourselves from the hustle and bustle of the day and plunge into a quiet short-term sleep.

What is a capsule?

The sleeping capsule itself is a kind of pencil case with a physiological shape inside the couch, relaxing soundtrack, color options and a timer. The walls of the cabin do not miss extraneous sounds, and the one who is inside, creates a feeling of complete detachment from the world. 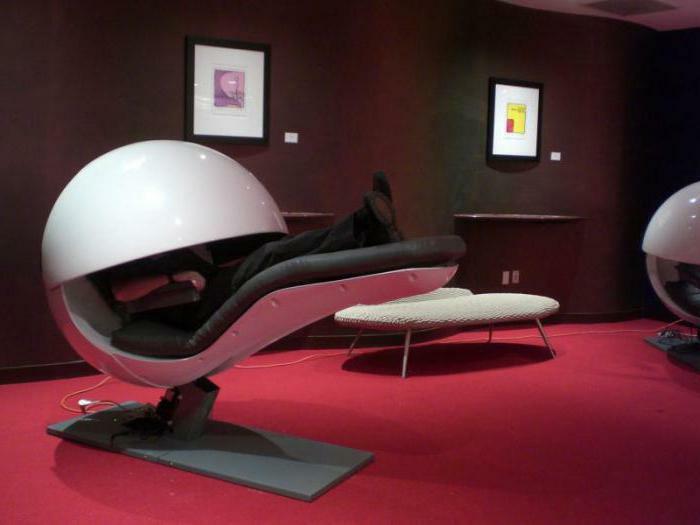 Cabs on the device are of two types: those that hide the person completely, and those in which only the upper half of the body is closed. The second option is more convenient for offices. It looks less cumbersome and takes up little space. The place where the legs are located is elevated, this makes it possible to relieve fatigue and swelling from them.

For the first time for Russians, the opportunity to purchase these original devices was provided by German and American manufacturers, their capsules for sleep first imported by Energy Point. Later, the market was saturated with similar equipment from Japan, China, and Korea. The production of capsules was also opened in Russia. The devices have not yet taken root too much, they are equipped with offices by large leading concerns, led by businessmen from the West. There has long been a practice of short day rest for employees to increase the impact of their abilities. 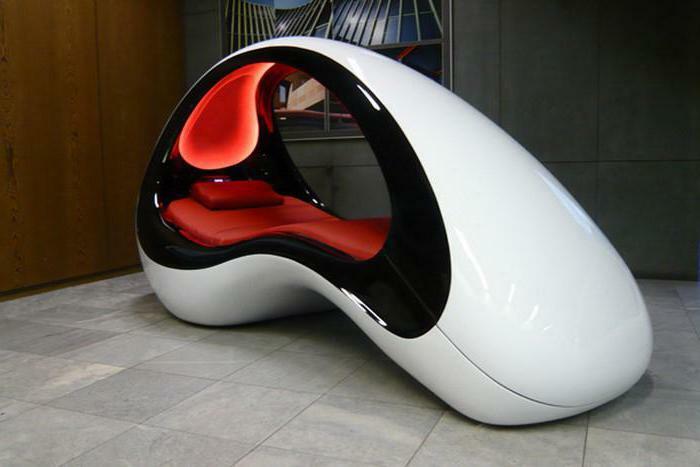 Such a dream, of course, should not be long. The developers claim that it is necessary to wake up in the fast phase of dreams, otherwise the refreshing effect will not come. Therefore, it is recommended to set the timer indicators for 20 minutes - this is quite enough to cheer up.

Each manufacturer wants to give his model of capsules its "chip".This may be an unusual external form, and the presence of a water mattress, which you sink with special pleasure. The more additional functions, the more expensive is the capsule for sleep. Price "heaped" model is about 12 thousand dollars. But there is a hope, that at saturation of a commodity market the price of a miracle-engineering will decrease.

Already, there are more economical models, but there will be less comfort in using them. We will tell, in a vertical capsule strongly you will not relax, and to a sleep such position of a body does not promote.

Once the developers came up with the idea to put together a capsule for sleep and an oxygen pressure chamber. Physicians have long known the beneficial effect of oxygen on all cells of the body, find a way to satiate them means to take an important step on the path to recovery. This process was called "oxygenation."

Oxygen Capsule - Two in One

Capsule for sleep with oxygen differs from the usual pressure chambers in that oxygen enters it not in its pure form. It is mixed with air, but it is absolutely safe, unlike the use of pure O2.Staying in such an environment improves the breathing of the skin and promotes its regeneration. If these procedures are carried out regularly, then improvement of appearance and rejuvenation is guaranteed.

Oxygen capsule for sleep is often equipped with aromatherapy and massage functions. Built-in nebulizers saturate the air with particles of natural essential oils, and vibratory action promotes better opening of the pores, which increases the effectiveness of the entire procedure. 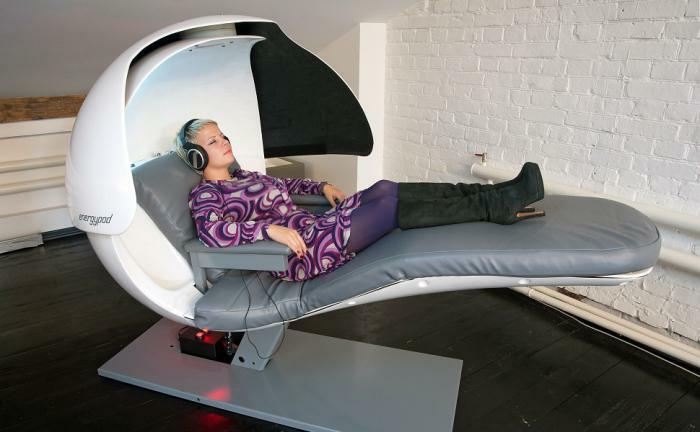 Capsule for sleep with oxygen, the price of which starts from 180 thousand for a Chinese product and reaches figures exceeding 1.5 million( Japanese capsules for sleeping) - somehow, in demand. Anyone who can not afford a functional expensive model will always be able to pass a session in the spa.

Indications for the oxygen capsule

For both men and women, a capsule for sleeping with oxygen will help get rid of:

To those ladies who care about their appearance, the procedures will help to avoid:

Abroad cabins with such equipment have become ubiquitous to place in airports and major stations. The passengers are satisfied. They are pleased with the pleasant opportunity to take an hour's nap while waiting for the flight. Particularly impressionable citizens, however, are afraid to oversleep and not have time to catch a plane or train. 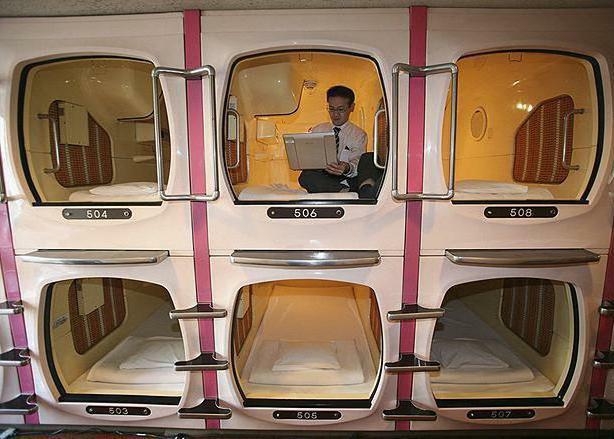 Today in large cities around the world are opened "sleepy spa", where the citizens between the business can get a full rest. No one is surprised any more by calling a friend at noon that the answer is: "Call later. I'm asleep. "

In Asia, the idea was picked up and went even further. There you can now rent a room in a capsule hotel, which is actually a capsule 2 meters long and one and a half high. Stand inside such a number does not work, there you can just sit and lie. This is cheaper than full-fledged hotel apartments. Yes, and a place such a hotel occupies nothing at all, which is important for overpopulated Asian countries.

According to some media reports, the survey showed that the leaders of Russian enterprises are not yet ready to introduce such an exotic innovation in their offices. Still, the mentality dictates, rather, to intensify the struggle for labor discipline, and not to organize sleep in the middle of the working day. So while capsules for sleep will continue to please office workers exclusively in big cities, remaining there and exclusive.

For those who want to try the novelty at any price, the exit will be a visit to the salon, where you can combine sleep in a capsule with other pleasant procedures. Of course, during off hours.