Preparation "Previcox" for dogs, the instruction on which application will be presented further in the article, is an anti-inflammatory, antipyretic and analgesic. It acts quickly and effectively, than it has gained popularity among veterinarians and among owners of four-legged pets. 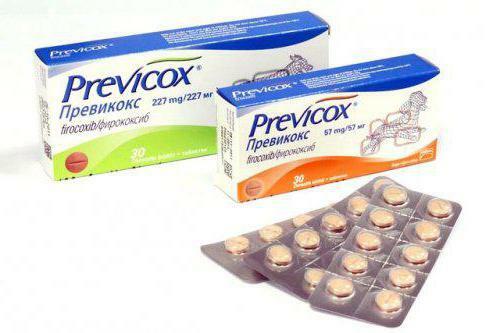 Composition of the preparation "Previcox"

This preparation is manufactured in the form of round beige tablets, which are packed in aluminum blisters of 10 pieces and packed into three blisters( 30 tablets) into cardboard boxes. The packaging must also contain instructions for use.

As active substance in the composition of tablets "Previcox 227"( as its concentration is indicated in this drug) is included the phyrocoxib. It has a selective effect on cyclooxygenase-2, an enzyme that is formed in acute inflammation in large quantities and catalyzes the biosynthesis of prostanoids. Thus, the development of the inflammatory process occurs. In addition, the named drug has local antipyretic properties and the ability to reduce pain sensitivity in patients.

It should be noted that the "Previcox" tablets have an aroma of smoked meat that is tempting for dogs, which makes their reception problem-free, since the animal willingly eats the proposed medicine. 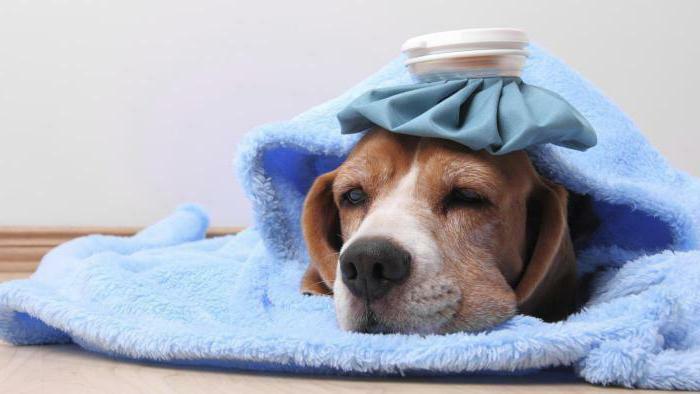 How to give a pill to the dog

But before we continue the story about the drug, we will nevertheless dwell on how to properly give the dog a drug. Because of this depends on her health and even life.

If the pet refuses the proposed medicine, the owners can resort to two ways of fulfilling the veterinarian's instructions.

Try to crush the tablet( unless it's a capsule or dragee) and add it to your pet's favorite treat. Or dissolve in a small amount of water, and then simply pour the solution into her mouth. Now tell you how to give the pill to the dog as a whole.

Now back to the analgesic and anti-inflammatory agent "Previcox". 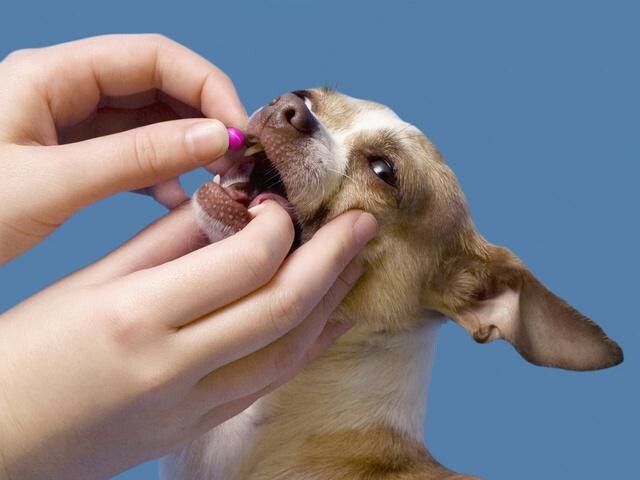 In what cases are prescribing "Previcox" tablets for dogs

The instruction for the described preparation states that it is prescribed in cases when the dog has such diseases as osteochondrosis, osteoarthritis( destruction of the joints in the paws), dysplasia( hip joint destruction) or myositis(inflammation of the muscle tissue).

It can be used as a remedy from the age of 10 weeks. The main thing is that the body weight of the puppy exceeds three kilograms.

Symptoms of diseases in which a dog may require "Previcox" tablets

The preparation "Previcox" for dogs, the instruction to which is offered to your attention, is most often prescribed for different pathologies of bone and muscle tissues, accompanied by pain and fever. Their names we indicated above, and now we want to list the main signs that signal that your pet has problems with joints or skeleton.

If the dog swells up the muscles, the temperature rises, breathing becomes quicker, and it begins to limp, then it is quite possible the development of myositis.

For any of the listed symptoms, you should always contact the veterinarian to prevent the disease from developing. 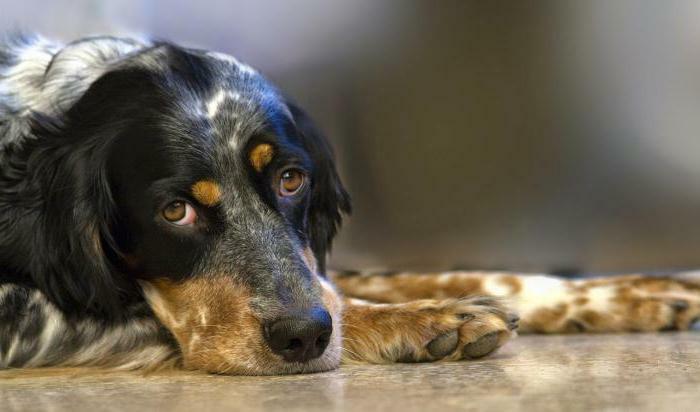 Features of application of the preparation

If, to alleviate the condition of the dog in combination with other drugs, it was prescribed "Previcox", then in the course of its use it is necessary to follow the dosage indicated by the doctor. It is 5 mg per kilogram of animal weight.

The duration of treatment depends on the condition of the animal. If the course exceeds 3 months, the dog should be regularly shown to a specialist.

The instruction given for "Previcox" tablets for dogs indicates that the drug can not be used to treat nursing females and puppies under 10 weeks of age. It is contraindicated in animals suffering from any blood diseases, gastric bleeding, hemorrhagic syndrome, as well as severe forms of renal or hepatic insufficiency.

The described preparation can not be taken with medicines belonging to the same group of medicines.

Generally, the use of the preparation "Previcox 227" does not cause any complications or side effects, but in some cases the animal may experience diarrhea accompanied by vomiting and irritation of the gastric mucosa. As a rule, these signs disappear spontaneously.

If they persist, in addition, the dog has blood in the feces and the skin shows signs of an allergic reaction, then the drug should be stopped immediately and consult a doctor.

Reviews on the use of tablets

Available on the tablets "Previcox" reviews are usually positive. Specialists, for example, are advised to give their dog this remedy before the planned operation( for 2 hours) in order to relieve painful feelings. In the postoperative period, also, once a day, for three days, give the animal the drug "Previcox".

The owners of dogs amicably emphasize the effectiveness and good tolerability of the said means. But they also warn of mandatory compliance with the prescribed dose.

Signs of overdose, as a rule, are salivary salivation in the dog, apathy and upset of the stool. But, fortunately, these conditions do not require special therapeutic actions and pass independently, against the background of a temporary withdrawal of the medication.

How much is the preparation

The described preparation is popular enough, therefore it can be acquired without difficulty in all veterinary drugstores of the Russian Federation. But still, despite the relative safety of the described agent and its effectiveness in terms of anesthesia, you should not use it without consulting a specialist. You can cause irreparable harm to your pet's health!