To preserve human health for many years is the main task of modern medicine. Healthy physical education also does not stand still, doctors and athletes, adepts of oriental exercises and fans of modern fitness offer their own systems to maintain the body in shape. People have long appreciated the benefits of training, and now the only problem left is the choice among the variety of species and forms.

Gymnastics Hadu - the foundation of health

One of the most universal in the field of application is the exercise system, which was patented in 1997 by Arabuli Zviad. Hadu, gymnastics that prolongs life, is named after the name of the mountain settlement where Zviad's family lived from time immemorial. Exercises are designed to train all muscle groups, including the most unused in everyday life, simultaneously with the control of the respiratory system. At the moment there is a whole federation of Hadu trainers, including more than 100 certified specialists with a center in Kiev, where the founder of the Zviad Arabuli system works. 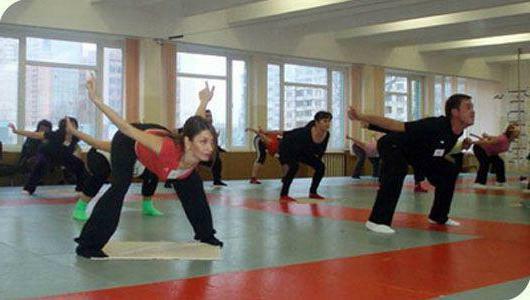 Struggle for health, undermined since childhood

Who is Zviad Arabuli? The biography of the instructor began in Tbilisi, where his mother, a native of Ukraine, lived in her husband's homeland. Zviad was born on February 2, 1967, pregnancy and childbirth were not very smooth. Due to complications, Zviad Arabuli's childhood passed in constant illnesses, which he repeatedly confirms in his speeches and interviews. Insufficient physical activity led to a weakening of the muscles as a whole, and he could not compete with classmates.

A turning point in the life of Zviad Arabuli, he himself considers acquaintance with the biography of Valentin Dikul. The athlete, being a teenager, received a serious spinal injury and was chained to a wheelchair for the disabled. Such a shock greatly influenced the future circus performer, and, thanks to his many hours of exercise, rose to his feet and inspired by his example many wheelchairers of his time. Arabuli was not so seriously ill, but chronic illnesses from childhood made life very difficult. He started his struggle for health with the then popular sections of judo and karate, tried weightlifting, mastered many gymnastic systems for the all-Union magazine "Zdorovie", but the successes were not enough.

The experience of the ancient Eastern masters of yoga

The long search for the key to health was successful only in 1989 with the help of the ancient art of yoga, and to be more precise, thanks to a special technique of increasing strength and endurance with the help of slow body movements. By that time Zviad Arabuli was married and raised two children, which was an additional stimulus for working on his own body.

So, the system of exercises, read in a random book on hatha yoga, quickly showed the results. Zviad noticed a significant surge of energy and in fact was able to make sure of the effectiveness of training. Diseases began to recede, which could not but rejoice. Then the future instructor Hadu began systematic study, testing himself and systematizing the yoga system, adapting many exercises to the modern person.

In his experiments on the body, Zviad relied on the strict observance of all conditions, as well as on scientific research in the field of physiology. Indeed, the hardening of the body in winter, according to the descriptions of the ancient masters of yoga, without a preliminary good warming up can lead to serious complications of health. To repeat the experience of yogis, able to dry a wet sheet in the cold, using only the heat of their own body, you need to run 5-10 kilometers beforehand or perform warm-up strength exercises for an hour. 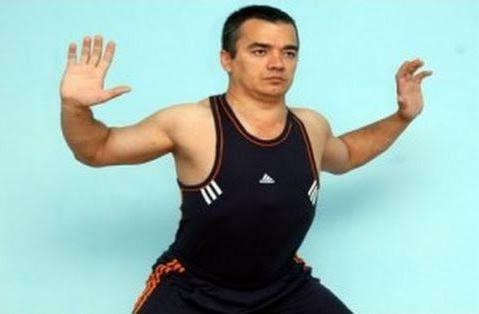 The successes of Zviad Arabuli became noticeable among his friends, many questions arose regarding exercises. So began to emerge a whole system, applicable for all categories and ages, dubbed "gymnastics Hadu."Zviad Arabuli several years tested the effectiveness of his unique system before patenting it. In Moscow, the future instructor met with Valentin Dikul, his role model, and told him about Had. Dikul was first of all convinced of the effectiveness of the classes visually, forcing Zviad to perform a complex physical exercise, approved the achievements, and later offered to read the familiarity course of gymnastics Had for his instructors.

The power component of Hadu is slow exercises with simultaneous tension of opposite muscles. At the beginning of the twentieth century, Alexander Zass developed a set of isometric exercises, allowing you to build strength in static positions. Had repeats this technique in many respects, however more systematically. In the ulnar fold, the arms, for example, interact, are put to each other in contrast to the triceps and biceps, with slow inclines balance each other's back and waist muscles with the abdominal muscles. Thus, gymnastics allows you to almost completely abandon the equipment, and also expands the possibilities of training besides gyms. Some muscle groups, for example, on the wrist, elbow arm fold, and also the ankle muscles and many others can be trained right in the office without getting up from the workplace. 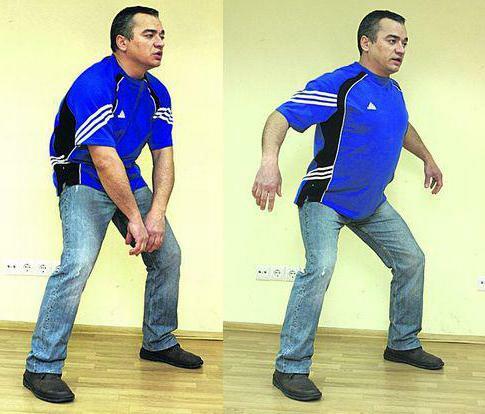 An 18-minute blitz-complex of simple exercises is a special program for modern busy people, developed by Zviad Arabuli. Morning gymnastics Hadu or a small workout during a break at work, and maybe a short workout after work - this complex helps to remove stress, adjust the body to a healthy way, stretch the muscles. Reviews in the web vying to confirm the missing pain in the back, straightening of posture and ease of walking after several weeks of training for the blitz complex. This short warm-up gives people the opportunity to feel the capabilities of the body, to evaluate preliminary results and often leads them to the already serious gymnastics Hadu. 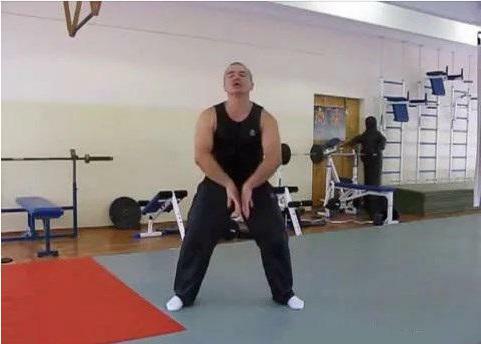 The basis of the Hadu exercise system is the understanding of the body as the totality of the three systems. The nervous system is, as it were, over the whole organism, endowed with management functions, not only conscious, but also subconscious. Every time you start training on the Hadu system, the nervous system takes into account the characteristics of the body at the moment, blocking serious overloads. Thus, a person, by strong-willed effort straining to full muscle, does not risk getting injuries or excessive stress. The subconscious mind is in our body with such subtle settings that it will not allow a person, tired of the day, to overexert himself dangerously. Sports equipment and simulators can not take into account the psychoemotional state, which requires more serious control, whereas with Had you can safely lay out to the maximum without fear of consequences. 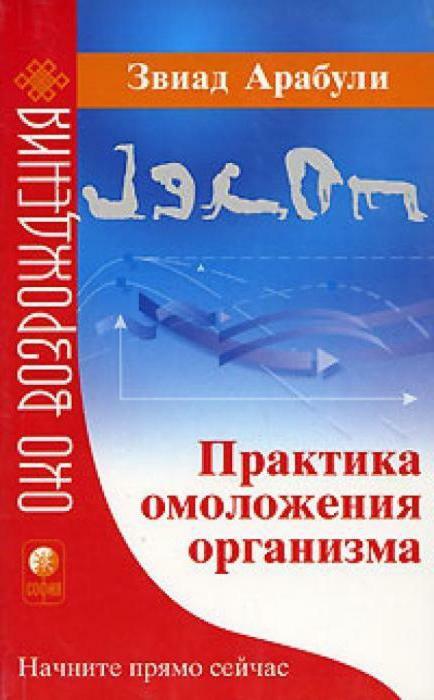 The second most important system of the body according to Had includes a lot of auxiliary subsystems, which allow to function normally the basic motor and working processes in everyday life, during training including. This includes the digestive system, bone skeleton, joints, circulatory system, all that without which permanent work of muscles and tendons is impossible. This life support system of the body, as well as the nervous system, is automatically strengthened and trained during classes. Without training, the support system will not operate at full capacity, only partially fulfilling its inherent nature functions, and unused resources tend to accumulate, stagnate and lead to failures. This is where, according to Hadu's philosophy, a person has so many diseases, the system of provision, subject to constant stresses in training, much better resists external destructive effects of various diseases and stresses.

The basic system of the body, conceived by nature, not only for survival, but for maintaining the health of the whole body as a whole, is a system of muscles and tendons. They are the ones who produce all the useful external work of the organism, the other systems only provide and control the process. It is through the motor system that gymnastics affects all the others, activating their work if not in the maximum, then in the enhanced mode. Mobilized training systems life support and management are much better cope with their functions and themselves "train" thanks to the built-in nature of the regulators of the body.

So, the theoretical part is generally understandable, what is the difference between Hadu gymnastics from hundreds of other exercise systems or from the banal training on modern simulators that allow developing all muscle groups? First of all, this is the minimum cost of equipment. For a full training, suitable comfortable clothing and some space with a comfortable temperature will be needed. Hudu gymnastics can be fully performed at home, saving on the payment of training halls. Even in the office or in the workplace, there is the opportunity to perform most exercises, the main thing is not to overdo it, yet Hadu is power gymnastics.

Harmonious figure as a result of

Gymnastics, developed by Zviad Arabuli, - Hadu - is aimed exclusively at improving the body. Exercises, being forceful, however, will not lead to a large increase in muscle mass. Some muscle growth is inevitable in people who have not previously engaged in sports, but the mechanisms of self-regulation of the body do not allow us to get useless for health bodybuilding forms. Only an athletic tailored muscle system allows the body to perform the required functions with minimal costs to maintain performance. Also, restoration and improvement of articular, cartilaginous and other interosseous tissues during training leads to a slight increase in the growth of the person as a whole. In healthy women, there are internal hormonal mechanisms that inhibit muscle growth, so training will only lead to better relief, but not to the growth of muscle mass. 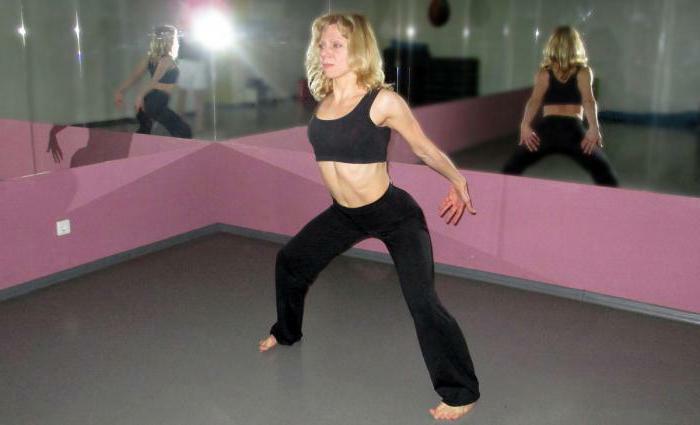 Gymnastics Hadu, despite its vigor, is also suitable as a restorative physical education for patients and people who are overweight. The nervous system, given the state of health, injuries and other factors, will provide the muscles with exactly the load that the weakened organism can withstand. The only contraindication for Zviad Arabuli's gymnastics is an increased excitability and hyperactivity. Exercises are made at a slow pace in order to use as much muscle as possible in training. Children up to 10 years of such training will be boring and uninteresting. Pregnant women should also give up the majority of Hadu exercises because of their heavy workload.

Strength gymnastics in any case require a person of great volitional tension and inevitably lead to fatigue, it is worth bearing in mind such factors. According to the developer of the system, bad habits are characterized by bad habits: smoking, alcohol, obesity;whereas to health the way is always not the easiest. In any case, those who are on the path of recovery, should wish patience and perseverance. Any training, especially systematic, will eventually overload the body, and if done in a comfortable environment, for example, in a circle of like-minded people, then they will bring pleasure, as the developer of the system, Hadu Zviad Arabuli, is saying, buzzing with health and energy. Reviews of his gymnastics are always favorable.