Every mother is waiting for the moment when her baby will have the first milk teeth. And in this there is absolutely nothing surprising, after all, teething is a very important process in the development of crumbs. Here it is accompanied by not very pleasant symptoms in the form of pain and itching in the gums, because of which the baby is very afflicted. Fortunately, modern pharmacology does not stand still and special gels have been invented for a long time, which greatly facilitate the state of the child. One of these drugs is "Calgel", although there are many of its analogues.

Gel "Calgel".Analogues of the popular

remedy As mentioned above, "Calgel" is intended to facilitate the process of teething, namely, to relieve pain syndrome. You can use it from the age of five months of the child. 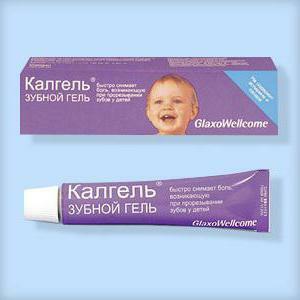 Gel is for topical use. A small amount of the drug must be applied to the clean finger of the hand, after which it is easy to begin rubbing the child's gums into the gums of the child. At the same time, you can use it at most 6 times a day.

The drug may have side effects, which are manifested in the form of itching, hives, allergic reactions, difficulty swallowing, vomiting. Usually this happens as a result of an overdose. In case of any reactions, immediately discontinue the use of the gel and consult a doctor for symptomatic treatment.

To eliminate pain when teething, you can use not only "Calgel", analogues of the means also exist, and in sufficient quantity. Among the most famous and effective drugs are the following: Dentinox, Kamistad, Dentol-baby, and others. They have a similar type of "Denthol" type of action, but there are some differences. For a more detailed introduction to the drugs, it is worthwhile to briefly consider each of them separately.

The first analogue of "Calgel", which we will consider, is "Dentinox".Gel "Dentinox" is used during teething to reduce the pain of the process. In addition, it has an anti-inflammatory effect, and also reduces the likelihood of irritation of the gums and mucous membranes of the mouth. 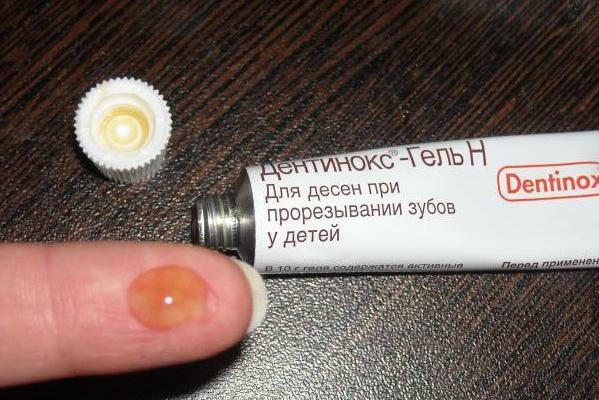 The gel needs to be applied directly to the gums. Use of the drug for children up to 1 year of age is allowed only after consultation with the pediatrician.

You can use gel "Dentinox" not more often 2-3 times a day before going to bed or after eating. If the recommended dose is exceeded, there may be a breathing difficulty.

The price of the drug is in the range of 293 rubles.

The analogue of "Calgel" - "Kamistad" differs from other similar drugs in that it can be used not only during teething, but also with inflammation of the gums or mucous membranes of the mouth, irritation of the mucous membrane with braces or prostheses,orthodontic manipulation. 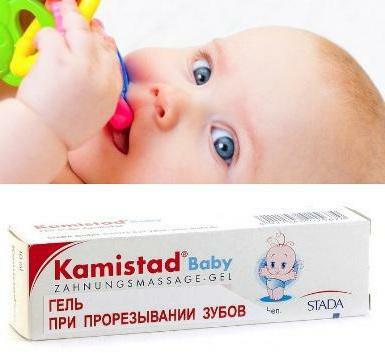 "Kamistad" can be used, starting from the 3-month age of the child, no more than 3 times a day.

Contraindications and side effects do not differ from those that occur in other drugs with a similar type of action. It can be allergic reactions, itching, difficulty breathing, vomiting.

This analogue of "Calgel" is cheaper than the main drug. The cost of it is in the range of 200 rubles per tube( 10 g).

The next analogue of "Calgel", which we will consider, is "Dentol-baby".Use this drug can both children and adults. It is designed to eliminate pain during teething, to eliminate toothache in children and adults. Dentol-baby is also used for damage or inflammation of the mucous membrane of the mouth or gums, as well as during dental procedures such as prosthetics, etc. 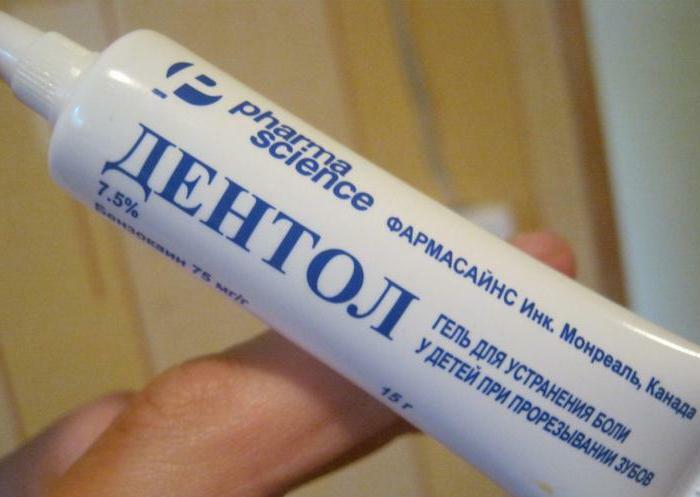 You can use the drug from the age of 4 months of the child, not more than 3-4 times a day.

Side effects of the drug are possible only in case of overdose, since its components are not toxic and not allergenic. If redness, itching, swelling, or heartburn occurs, the drug should be discontinued immediately.

Dentol-baby is distinguished by a rather high price - 515 rubles for a tube.

Since all drugs have a similar type of action, it is difficult to judge what is best, "Calgel" or its analogs. The only analog of "Calgel" described above, which can be singled out, is "Dentol-baby".Due to its completely safe composition and the absence of obvious side effects, it is very popular.

Those who, at the time of choice, take into account not only the quality, but also the price category of the product, are unlikely to buy "Calgel".Analogues because you can pick up at times cheaper.

In any case, during the selection it is necessary first of all to monitor the possible reaction of the child to the drug. Only proceeding from this, it will be possible to determine what is best for a particular baby. Therefore, there are not and can not be any specific recommendations.