Thrombocytopenic purpura in adults is a disorder that can lead to rapid bruising and bleeding. As a rule, the loss of blood occurs due to an extreme drop in the level of platelets - the cells that contribute to its coagulation.

In some sources, this pathology is also called immune thrombocytopenia. It affects both adults and children, but in small patients this condition usually develops against a background of a viral infection and passes by itself without requiring special treatment. In adults, however, the disease in most cases is protracted.

If you have no signs of bleeding, and the level of platelets is low, but, in principle, satisfactory, the doctor probably will not prescribe the treatment. In rare cases, however, the number of platelets falls to a critical minimum, causing life-threatening internal hemorrhages. Treatment of such complications requires immediate medical intervention.

Thrombocytopenic purpura in adults( photo above) is not always accompanied by external manifestations of pathology. In the case of development of characteristic symptoms, the following signs of the disease can be noted:

When to call a doctor

Thrombocytopenic purpura in adults can cause serious concern, and in this case it is better to make an appointment in advance for a consultation with a highly qualified specialist. 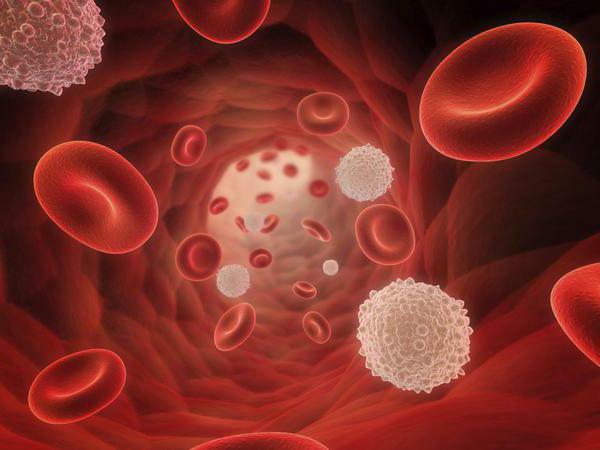 If you have a bleeding, call an ambulance. Typical bleeding disorders can not be controlled by conventional means from a home medicine chest or by typical methods of stopping blood flow. So, for example, you will not be helped by physical pressure on the corresponding part of the body. Specialists recommend contacting physicians as soon as possible.

Idiopathic thrombocytopenic purpura in adults sometimes develops because the body's immune system mistakenly attacks and destroys platelets. The term "idiopathic" means "developed for an unknown reason";Thrombocytopenia is so characteristic in those cases when doctors fail to establish what exactly triggered the inadequate response of the immune system.

In children, it is usually easier to establish the prerequisites for pathology, since this disorder most often follows an infectious disease( mumps or flu).It is assumed that it is the infection that disrupts the normal functioning of the immune system.

If the initial diagnosis is thrombocytopenic purpura in adults, the clinic( clinical manifestations) is associated, as a rule, with an immune disorder. Antibodies attach to platelets, marking them as cells to be destroyed. The spleen, designed to fight external infections, recognizes antibodies and removes platelets from the body. As a result of this erroneous identification, a much smaller number of platelets circulates in the blood compared to the norm. 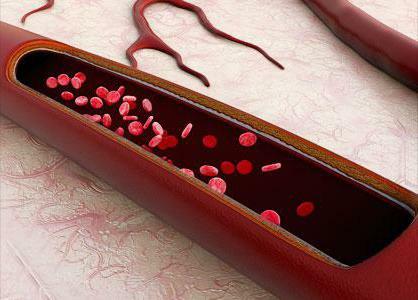 The normal level of platelets is 150 to 450 thousand cells per microliter of circulating blood. In people diagnosed with "thrombocytopenic purpura"( in adults), the tests reveal only 20,000 necessary cells. Since platelets contribute to blood clotting, a decrease in their number leads to an increased risk of bleeding and internal hemorrhage. The level of 10 thousand cells is life threatening. With such a significant decrease in the number of platelets, internal hemorrhage can begin even without any trauma.

Thrombocytopenic purpura in adults( the photo used at the beginning of the article demonstrates external manifestations of pathology) is found at any age, however, scientists have identified two risk factors that increase the likelihood of developing signs of the disease. These are:

Risk of complications should be avoided. The most serious of these is a brain hemorrhage, which can be fatal.

Although thrombocytopenic purpura in adults is diagnosed even in pregnant women, this mother pathology does not affect the health of a newborn child in most cases. Experts, however, recommend checking the platelet level in the baby's blood immediately after it is born.

If you are pregnant and the test results indicate a decrease in platelet count, you are at risk because the probability of opening a strong postpartum haemorrhage is very high. In such cases, the observing gynecologist or the maternity hospital should discuss with you available treatment methods that are safe for the child.

In order for a doctor to make an accurate diagnosis of "thrombocytopenic purpura"( in adults), the diagnosis should be carried out on a differential basis. It is necessary to immediately exclude other possible causes of bleeding and reduce the number of platelets - for example, chronic diseases or side effects of your medicines.

The specialist will ask you questions about your medical history, perform a primary medical examination and prescribe one or more standard diagnostic tests. The latter include:

Platelets are produced inside the bone marrow - a soft, spongy tissue located in the center of large bones. In some cases, the doctor can extract a sample of bone tissue and the inside of her bone marrow by biopsy. A number of specialists prefer to take samples for analysis using a procedure called "aspiration", and then only part of its liquid component is extracted from the bone marrow. Most often, both procedures are carried out simultaneously and are commonly called "bone marrow analysis." 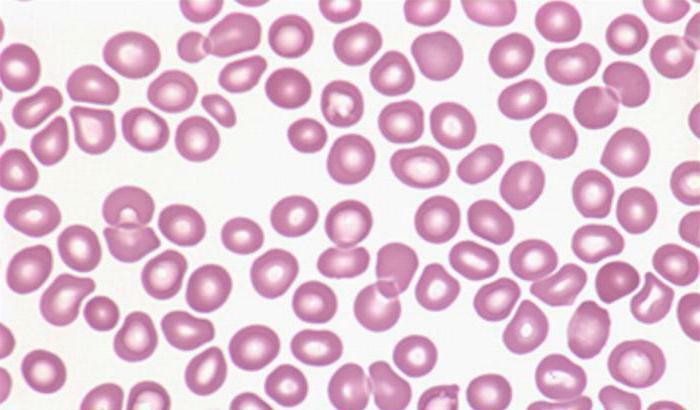 In idiopathic thrombocytopenic purpura, bone marrow is free of pathologies, since platelet levels are caused by the destruction of cells in the bloodstream and spleen dysfunction, and not by platelet production problems.

Mild thrombocytopenic purpura in adults, the cause of which is not reliably established, usually does not require specific treatment - it is fairly regular to see a doctor and from time to time check the level of platelets. Children almost never require therapy, and the disorder goes by itself. Adults, however, may require effective treatment if the condition has become severe or protracted( chronic).

Therapy methods vary and range from taking medications that promote platelet count to surgical intervention to remove the spleen( splenectomy).It is advisable to discuss in advance with the doctor treatment options along with the merits and demerits of the operation. Some patients believe that the side effects of taking medications cause them more discomfort and discomfort than the actual effects of the disease.

The doctor will discuss with you the side effects and dosage of those medicines and biologically active food supplements that you are taking at the moment. Perhaps some of them contribute to a decrease in the level of platelets in the circulating blood. Such side effects are aspirin, "Ibuprofen", "Ginkgo biloba" and "Warfarin." 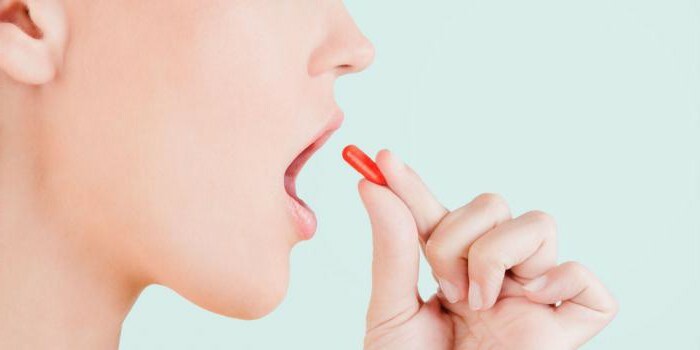 When the diagnosis of "thrombocytopenic purpura" is confirmed in adults, treatment can consist of the following medications:

1. Medications that suppress the immune system. Many patients at the beginning of therapy are prescribed oral corticosteroids, such as Prednisone. Reducing the activity of the immune system, this drug helps increase the number of platelets. Once the general level has reached an acceptable level, it will be possible to gradually stop taking the medication under the supervision of the doctor. The course of treatment takes two to six weeks.

The problem is that thrombocytopenic purpura in adults whose symptoms have come to naught after taking Prednisone may return after the end of therapy. Doctors usually prescribe a new course of corticosteroids, but such treatment can not be continued indefinitely due to serious side effects peculiar to this type of medication. In case of an overdose, cataracts, increased blood sugar, an increased risk of contracting infectious diseases and osteoporosis( weakening of bones) are possible.

2. Injections to increase the total number of blood cells. If corticosteroids do not help, doctors prescribe an injection of immune globulin. This drug is also used in cases where the patient has developed severe bleeding, requiring immediate surgical intervention. The effect lasts for a couple of weeks. Among the possible side effects are headaches, vomiting and low blood pressure.

3. Drugs that accelerate the production of platelets. Such medications as Romiplostim and Eltrombopag( Promakta) help the bone marrow to produce more platelets. In the form of side effects, headaches, dizziness, nausea and vomiting are possible.

4. Other immunosuppressants."Rituximab"( "Rituxan") helps to reduce the intensity of the abnormal reaction of the immune system, resulting in the destruction of normal platelets. Potential side effects include skin rashes, lowering of blood pressure, fever and sore throat.

If medications are powerless

If your thrombocytopenic purpura progresses( in adults, healthy eating, refusal of alcohol and taking medication sometimes do not help to get rid of the problem), the doctor can recommend surgical intervention. Removal of the spleen( splenectomy) quickly eliminates pathology, as the surgeon cuts out the main platelet killer. It must be taken into account, however, that you will be at risk of postoperative complications. In addition, people without a spleen are constantly at increased risk of contracting infectious diseases. 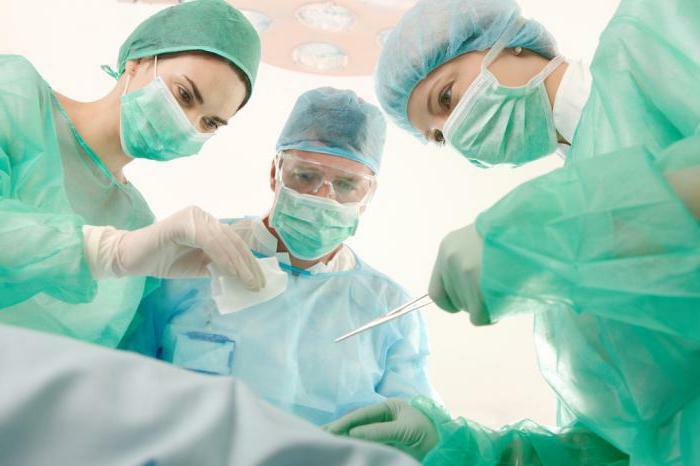 If, for health reasons or other reasons, you can not afford surgery, the specialist may prescribe the use of new medications - for example, "Azathioprine"( "Imuran", "Azasan").However, more powerful medicines lead to more serious side effects."Azathioprine", in particular, causes an increase in body temperature, headaches, nausea, vomiting and muscle pain.

In case of chronic violation of

, you were diagnosed with "thrombocytopenic purpura"?In adults, the emergence of this pathology requires changes in lifestyle. Since the disease is accompanied by an increased risk of bleeding, it is necessary to avoid potentially dangerous contact sports( boxing, martial arts, football) and how to be more careful about your own body.