What kind of doctor is a geriatrician? Geriatrics - prevention and treatment of diseases of senile age

About a hundred years ago, scientists began to study the aging of organisms. Realizing that these changes are multifaceted and natural, first isolated the individual science of gerontology as a general direction. Then in it the medical part which is engaged in diseases in an old age has isolated. What kind of doctor is a geriatrician, few know. However, the number of people who live to the senile age is getting bigger every day, which means that the urgency of training such specialists is growing.

What kind of doctor is a geriatrician? 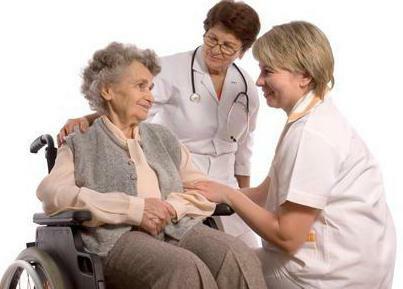 Doctor, who deals with the prevention of diseases, their treatment, rehabilitation in elderly patients, is called a doctor-geriatrician. What treats such a specialist? The list of diseases is quite extensive. The Geriatrician tries to construct preventive and curative measures of an aging patient in such a way as to prolong his active, independent way of life. The age of a person is not a sentence, but it is he who can determine the predisposition to a particular pathology. The theater deals with the problems of the elderly( 60-74) and the elderly( 75-90).Patients at this age have several important features:

Anatomico-physiological features of the elderly

In the body of an elderly person, internal processes occur, as a result of which morphological and physiological changes accumulate. They are characterized by:

The aging process leads to morphological, structural, functional disorders. They reflect the age anatomy. In the course of aging, the species, relationships, functionality of organs, their size and position change. For example, the weight of the brain, its size and volume are reduced by 20-25%.The accumulation of changes leads to cell death, and gradually their mass in the body decreases.

Age anatomy is characterized by a decrease in the size of the organs and a weakening of the ligamentous apparatus, ptosis is observed. The omission may be uneven and not lead to a malfunction. And can cause serious illness.

How elderly people get sick

The age of a person is indicative not only of a certain social status, but also about the peculiarities of common diseases that can occur in 20 years and in 76. For example, bronchitis, SARS, hypertension. The peculiarities of the disease course in the elderly are: 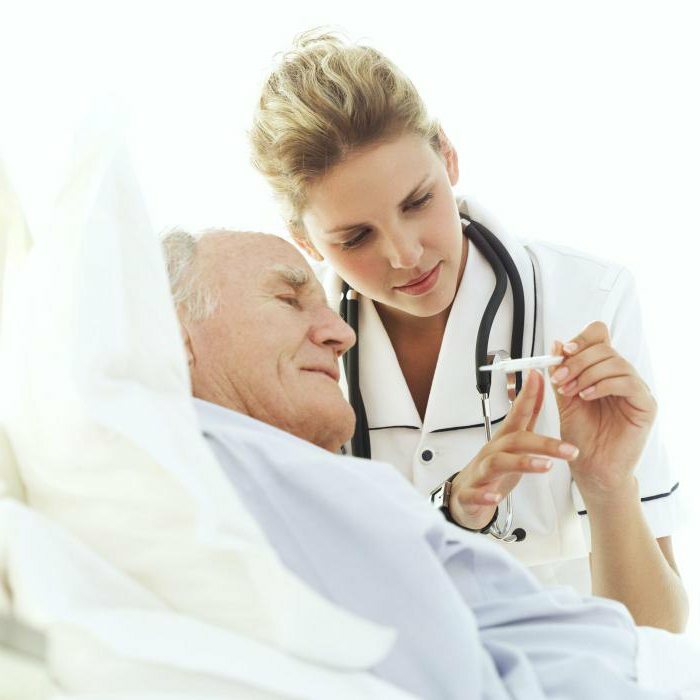 Diseases of the elderly and senile

For each age there are characteristic, specific diseases. They are also in elderly patients. Dementia, atherosclerosis, urinary incontinence - the list can go on and on. Most of the diseases associated with the elderly can appear earlier. But in 90% of cases they will show themselves after 60.

What heals the Geriatrician

Medical care does not foresee the admission of a separate doctor for patients of the older age group. They are treated by therapists. Some medical universities are already preparing such specialists for work in polyclinics, so soon and in the province it will be possible to personally learn what kind of doctor is a geriatrician. He not only understands what diseases are found in elderly patients, but he also knows about the peculiarities of their course, diagnosis and treatment in this age group. Analyzing complaints and data of laboratory and instrumental methods, he makes a diagnosis. After comparing the possible effect of treatment on the concomitant pathology, he chooses the optimal therapy regimen. Geriatrics may have specialization in geriatric cardiology, endocrinology, neurology, etc. 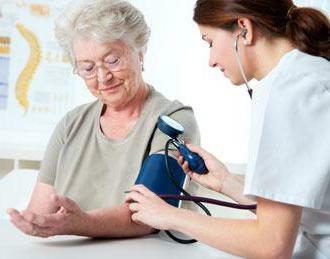 Most elderly people have a pathology of the vascular system. Atherosclerosis of vessels, hypertension of various types, arrhythmias, heart failure - all these diseases are treated by a geriatrician with age-specific features.

It is this group of diseases that largely limits the ability of elderly patients to self-service. Their medical care at home is also limited. Parkinson's disease, Alzheimer's, strokes, dementia and many other diseases will be administered by the geriatrician.

Depression and anxiety are frequent companions of the older age group. Because of them, patients reduce socialization, become isolated and shut off from active life. This is not just a feature of nature, it is a pathology that requires adequate treatment.

Dysfunction of the endocrine glands significantly worsens the work of other organs and systems. Diabetes leads to polyneuropathy. Further development of complications can be trophic ulcers, impotence, decreased vision, development of painless forms of myocardial infarction. Thyrotoxicosis leads to a disturbance of the heart rhythm.

Diseases of the genitourinary system

Impotence, prostate adenoma, incontinence, are frequent manifestations of age-related changes. It should be remembered that the revealed ptosis of the kidneys or bacteriuria without signs of disease( temperature, renal parameters, shift in the OAB) does not require the use of drug therapy. In this case, they are only a reflection of the patient's age. Disorders of the musculoskeletal system

A significant obstacle to the movement of the elderly is the numerous disorders of the musculoskeletal system. Osteoporosis changes the density of bones. The elasticity of the intervertebral discs decreases, which can change their location.

Diseases of the gastrointestinal tract

In addition, deterioration of eyesight, hearing, and tactile perception predispose to a decrease in the social adaptation of such patients. In the elderly, people enter, having about 4 chronic diseases. In another 10 years their number doubles. 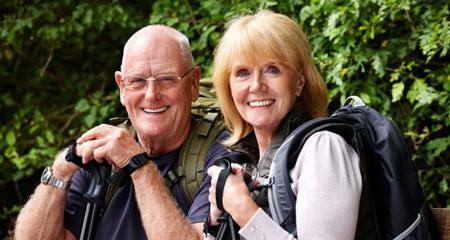 When you have complaints, older patients try to recover themselves. After a considerable time after unsuccessful reception of various means they address to the local therapist. In most cases, patients receive standard treatment regimens there, without taking into account the filtering ability of the kidneys and other age-related changes. It is the specialist who studied the physiology of the elderly and the pharmacological transformations that can help most effectively.

However, wondering what kind of doctor is a geriatrician, it is necessary to remember that he not only heals. Such a specialist should be contacted in advance, to develop an individual plan for maintaining an active life. It will include recommendations on physical activity, diet and motor activity. And if there are diseases, recommendations for treatment will be given in accordance with the age of the patient. It is knowledge of the deep features that cause positive reviews about geriatrics.

Now there are about 700 million people of elderly and senile age. The average age of the inhabitants of the Earth is steadily increasing. This trend allows forecasting an increase in the need for geriatric care in the near future.