Pokrovskaya Hospital is a multidisciplinary budget clinic in St. Petersburg, located on Vasilievsky Island. In a medical institution, services are provided in an outpatient diagnostic clinic, a hospital and a diagnostic center. On the basis of the clinic there are specialized centers for rendering qualified assistance to the population.

The Pokrovskaya Hospital was founded by the Grand Duchess Alexandra Petrovna, who was born in Oldenburg. In 1858, the Pokrovskaya community of sisters of mercy was opened on the Smolensk field of the Vasilievsky Island. The main concern of the participants was the children's shelter for 65 children, which involved five sisters, the headmistress and several subjects who were preparing to devote themselves to nursing.

Periodically, children and adults were ill, and they had to be sent to city clinics for treatment, the desire to restore health in their native walls became an incentive for the establishment of the clinic. Pokrovskaya Hospital was opened in November 1859.It quickly expanded, in the same year the corps of the receiving dormitory grew, where the first patients appeared on December 15.

The clinic was constantly expanding, the number of beds, medical directions and services was increasing. During the First World War 45 sisters of mercy recovered to the front. After the revolution, the hospital and community moved under the direction of the International Red Cross Society. 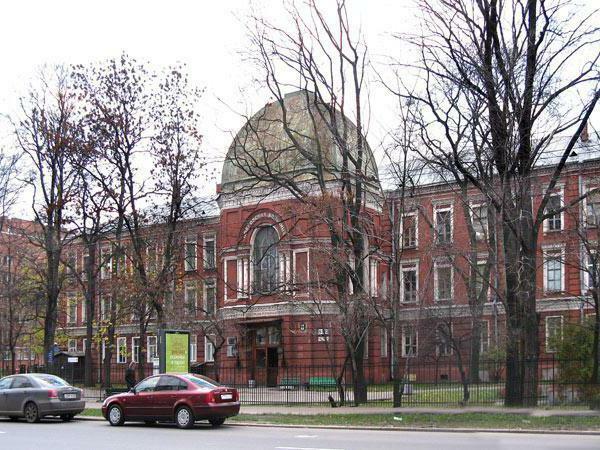 The reorganization of the clinic began in the 1920s. On the basis of the hospital, branches were reopened, but now the clinic was called the "Havana Public Hospital".In 1926, a modernized hospital building with a capacity for 110 people was opened. By the beginning of the 1930s, the number of beds had risen to 600. During the Great Patriotic War, Pokrovskaya Hospital experienced a blockade along with all residents of Leningrad, rendering all possible assistance to the blockade workers and wounded front-line soldiers.

In the post-war period, the Pokrovskaya Municipal Hospital successfully improved the level of medical care, introduced new methods of treatment and diagnostics. The clinic was the first in Russia, where the infarction department was opened, it happened in 1964.Ten years later, a new cardiac building was put into operation, which housed two departments of infarcts, intensive care and resuscitation rooms, cardiology departments, laboratory and diagnostic services.

In the years that followed, Pokrovskaya Hospital became a center for the treatment and study of many diseases, since in 1978 the City Antiarrhythmic Center was opened, in 1988 the cardiosurgery department was opened. In the early 2000s, the hospital was equipped with an otolaryngology unit, commissioned a new diagnostic ultrasound complex, an electrophysiological laboratory, a roentgenosurgery laboratory, and much more. In the future, the hospital was constantly updated technical base, expanded list of services and facilities of the clinic. 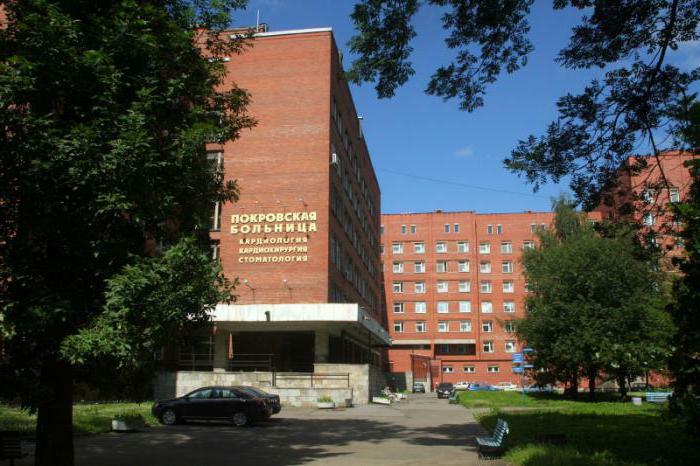 Pokrovskaya Hospital( St. Petersburg) - one of the largest medical institutions in the city. The clinic renders services in 35 medical directions. It includes several specialized centers, namely:

Pokrovskaya Hospital provides patients with specialized specialists for diagnosis, counseling and treatment. Admission is conducted in the following directions:

The advisory department has a day hospital where patients are assisted in an outpatient clinic under medical supervision. The clinic( location - Vasilievsky Island) renders the whole range of services under the insurance programs of CHI and LCA. 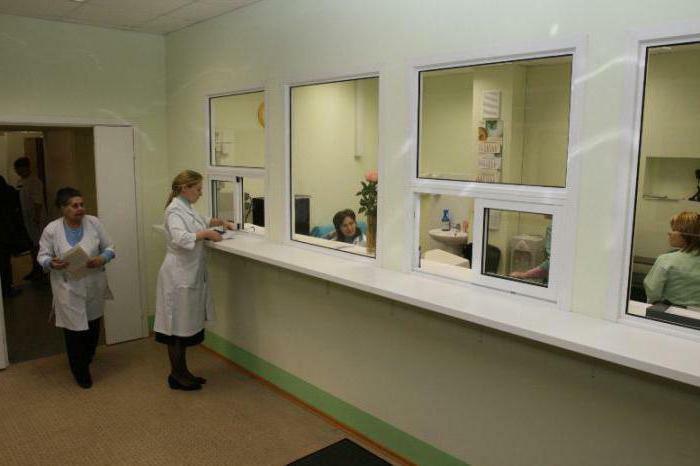 The Intercession Hospital on Vasilievsky Island is a large diagnostic center, with modern equipment and technical facilities to do all the necessary research in full with high accuracy and in a short time. The diagnostic center consists of departments:

The Diagnostic Department accepts applications for studies and analyzes from other city hospitals and patients with referral facilities. 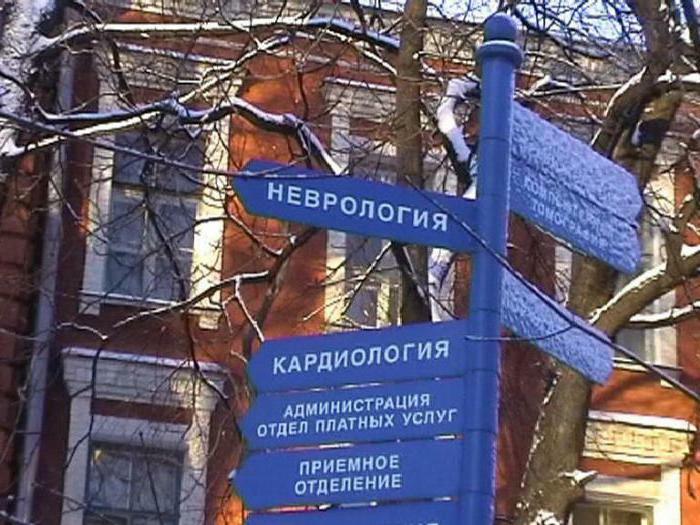 Admission to the outpatient department

The residents of St. Petersburg are served in the OMC policies department. The priority right to reception has citizens living in Vasileostrovsky, Petrogradsky, Primorsky districts of the city. Patients are served only by appointment by phone. You can make an appointment at the Functional Diagnostics Department( 1st floor, room 105, time - 09:00 to 16:30).

When visiting a doctor on the appointed day of admission, the patient must have documents with him: 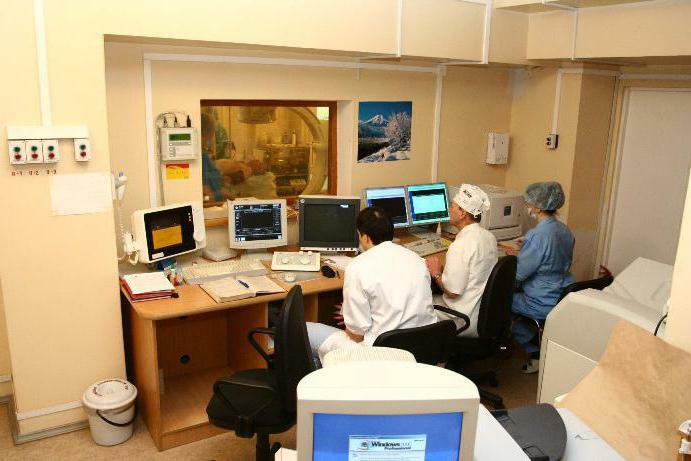 Hospital Pokrovskaya carries out hospitalization through emergency and planned channels. Services in the inpatient department are provided on the basis of MHI policies, LCA or on a commercial basis. Emergency admission to the clinic is conducted according to the following profiles:

Planned admission to the hospital on the Vasilievsky Island for residents of St. Petersburg is conducted in the direction of the doctor and according to an appointment. Detailed information on the rules of hospitalization, the status of the queue and its situation in it can be found by telephone.

On the day of hospitalization, the patient is at the reception with documents: 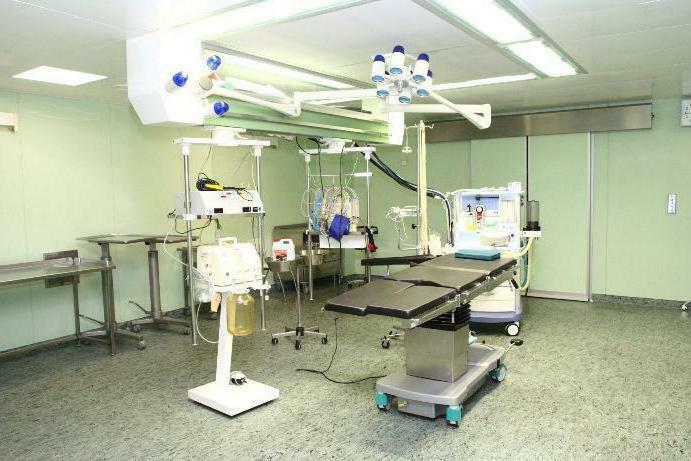 Many patients were provided with effective care by the Intercession Hospital. Reviews with positive reviews tell about qualitative treatment. Visitors to the outpatient department indicate that they performed the diagnosis as soon as possible and quickly received a transcript, followed by an accurate diagnosis. Patients who have been hospitalized say thank you not only to doctors, but also to many nurses and attendants for their attentive attitude and love for their work.

Negative feedback is directed to the help desk and the registry, where it is difficult to get through. Also, patients say that in some diagnostic departments long queues for procedures, some patients with acute pain had to sit for several hours before they received adequate care. Regardless of the positive or negative attitude to the work of the hospital, patients are advised to get acquainted with the reviews about specialists who will have to be consulted. 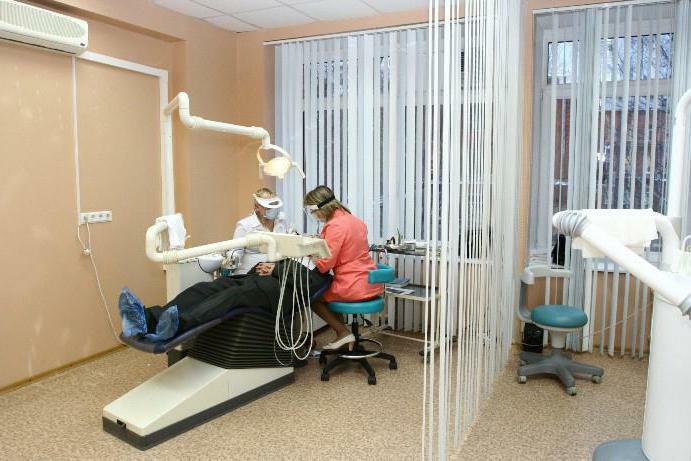 The Intercession Hospital is located in St. Petersburg at Vasilievsky Island, Bolshoy Prospekt, Building 85. Patients are received around the clock, seven days a week.

The nearest metro stations are Sportivnaya, Vasileostrovskaya, Primorskaya. Patients of Primorsky, Vasileostrovsky and Petrogradsky districts are treated by the Pokrovskaya hospital on a priority basis. How to get there by public transport: