Crohn's disease is an intestinal pathology that has a tendency to progress. The inflammatory process spreads transmurally and is characterized by various complications of local and systemic form. The disease affects the entire thickness of the intestinal wall, narrows its lumen, form infiltrates, abscesses and ulcers. To stop the process of the disease, the patient is prescribed anti-inflammatory drugs.

To such effective medicines for the elimination of symptoms of Crohn's disease and ulcerative colitis( NJC) include the medicines "Sulfasalazine-EN" and "Sulfasalazine".Medicines are also prescribed for rheumatoid arthritis to relieve pain and inflammation. Like many drugs, they have their own contraindications and side effects. What is the preparation of "Sulfasalazin-EN", the difference from "Sulfasalazine" is what it consists in? All information can be found from the article.

Form and clinical group of the drug "Sulfasalazin-EN"

The drug has an anti-inflammatory effect and is used to treat Crohn's disease and NUC.It is produced in tablet form, light brown in color. In contrast to the drug "Sulfasalazin", tablets "Sulfasalazin-EN" are covered with a special shell, which dissolves only in the intestine. The main substance in the composition of the drug is sulfasalazine in a dosage of 500 mg. The product is packaged in blisters of 10 capsules.

The drug is used to eliminate symptoms of Crohn's disease and NUC.Sulfasalazine is released to aminosalicylic acid, which has an anti-inflammatory effect on the site of erosion. Also formed sulfapiridin, which has antimicrobial activity and inhibits the functions of gonococci, streptococci and Escherichia coli. 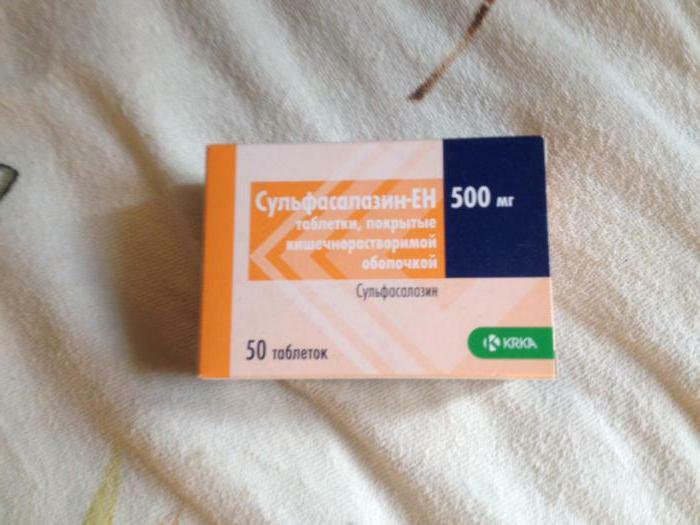 If swallowed, the tablets are almost not absorbed in the intestine. Here they are cleaved under the influence of the microflora of the intestine and form sulfapyridine by 75% and aminosalicylic acid by 25%.For three days, the substances are mainly excreted by the kidneys and only in a scanty percentage ratio - feces. Such an effect on the patient's body is provided by means of "Sulfasalazin-EN".Difference from "Sulfasalazine", reviews about the drug - all this information should be studied before starting treatment.

When is the medication used?

The drug is prescribed for the following pathologies:

It is forbidden to take medication in such cases: 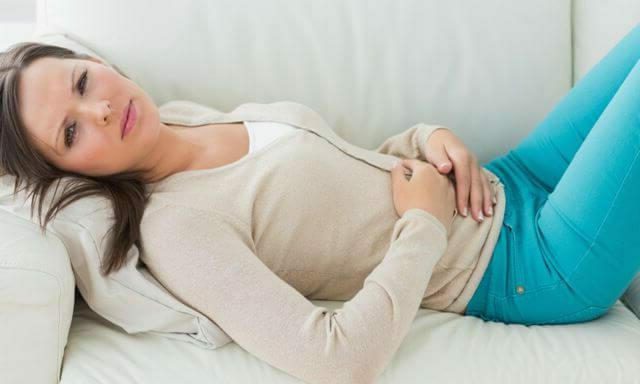 Before the beginning of the medical process, it is necessary to carefully study all contraindications to taking the drug "Sulfasalazin-EN".The difference from "Sulfasalazine, special instructions - all information is important. The drug can be used after consultation with a specialist.

In what dosage is the treatment prescribed?

After the examination, examination and clarification of the diagnosis, the doctor prescribes a remedy for the treatment of Crohn's disease and NNC( ulcerative colitis).The medicine is taken on a special schedule:

After improvement, the patient is left with a dose to maintain for a few more months. The medication is 500 mg several times a day. Correction of treatment can be performed only by a specialist. 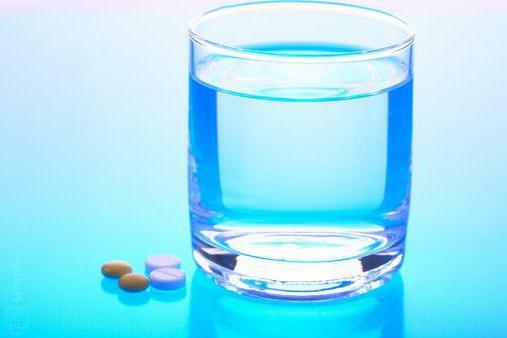 In adults with rheumatoid arthritis, the drug is also dosed according to a certain algorithm:

The course of treatment is up to six months or more, depending on the severity of the disease and the individual characteristics of the body.

The daily allowance should not be more than 3 g for the drug "Sulfasalazine-EN".The instruction describes rather differently from "Sulfasalazine".This also applies to the scheme for receiving funds.

For children with rheumatoid arthritis, the medication is prescribed at a rate of 50 mg per kg of body weight per day, divided into two or three evenings. For patients after 16 years, the maximum allowable dose is 2 g. The drug is administered orally after eating. It should be washed down with plenty of liquid and not chewed.

The neglect of recommendations regarding dosage can lead to the development of the following unpleasant symptoms:

Patient is prescribed symptomatic treatment, gastric lavage. It is important to control the urination. 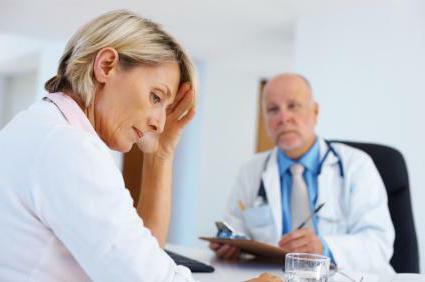 The preparation "Sulfasalazine-EN" should be taken according to the instructions. The difference from "Sulfasalazin"( properties, form of release) is insignificant. However, it is worth asking the doctor, in what form it is better to take the medicine.

A medical product belongs to the group of anti-inflammatory drugs, it is prescribed for the treatment of Crohn's disease and NUC.It is produced in tableted form of yellow-brown color. The drug includes sulfasalazine( 500 mg). 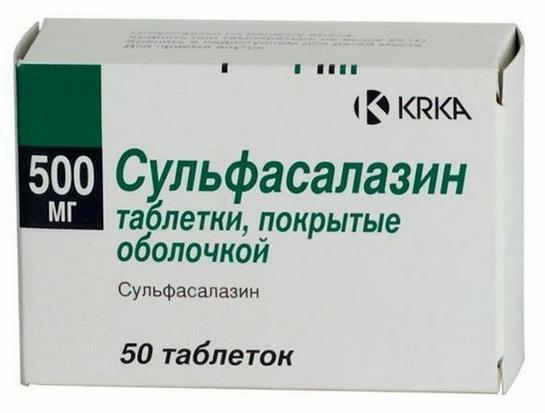 The drug has anti-inflammatory and antimicrobial effect. It also has immunosecretory and antirheumatic action. The main substance of tablets, sulfasalazine, has a positive effect on the intestines due to two active components. This is sulfapyridinone and aminosalicylic acid. Has a bacteriostatic effect on the diplococcus, staphylococcus and Escherichia coli preparation "Sulfasalazin-EN".The difference from "Sulfasalazine", the description of the acting component - all information is presented in the instruction.

The drug is prescribed for such pathologies:

Has an insignificant preparation "Sulfasalazine - EN" difference from "Sulfasalazine".Instructions for use describe similar indications and contraindications. What medication to use in a particular case, the expert will tell. 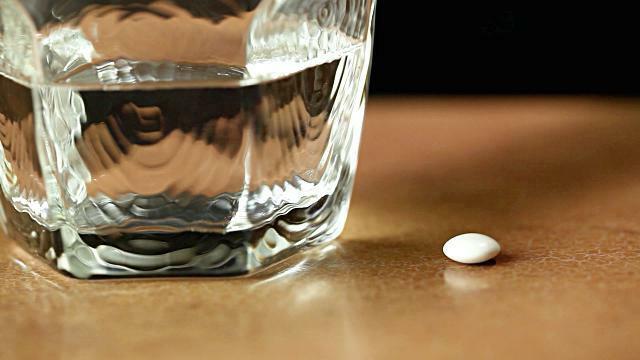 Overdose can lead to the development of the following symptoms:

"Sulfasalazine-EN" has no such pronounced side effects. The difference from "Sulfasalazine" is that the drug is coated.

If any of the described drugs purchased at the pharmacy failed, the specialist will choose a quality substitute.

At the beginning of the treatment process, you should carefully study all the features of the drug "Salofalk" and "Sulfasalazin-EN".The difference from "Sulfasalazine" in application is insignificant. The drugs are taken in a similar scheme.

Patients are prescribed 500 mg three times a day. In severe cases, the dose may increase to 3 g per day. The drug is taken for three months.

Two identical in their composition of the drug. The only difference is that "Sulfalazin-EN" is covered with a shell that is soluble only in the intestine, in contrast to the tablets "Sulfasalazine", which are covered with a film. Also, the first medicine causes more allergic reactions, which manifest as a rash and itching on the skin. If you believe the reviews of patients, the drug "Sulfasalazin" is in great demand. 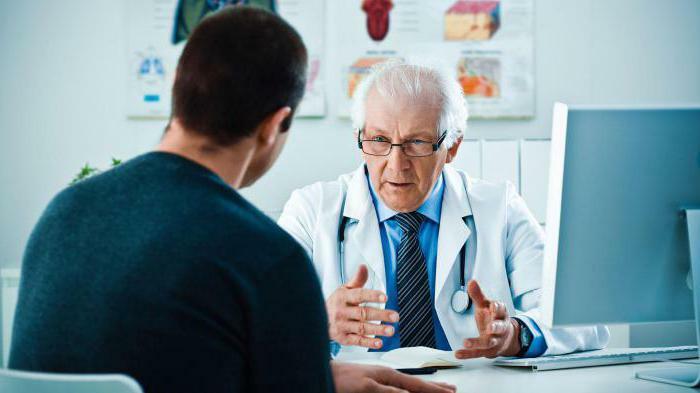 Specialists also note that both drugs can lead to the development of side effects. There is nausea, vomiting and pain in the stomach. At the same time, it has an insignificant means of "Sulfasalazine-EH" unlike "Sulfasalazine".Photos of medicines are also similar.

Specialists note that this group of drugs does not help everyone equally. These remedies are not sufficiently reliable in the defeat of peripheral joints. To avoid the development of urolithiasis, it is advisable to take the tablets with mineral water in large quantities, during the day to drink plenty of fluids. What else does the "Sulfasalazine-EN" product have a difference from "Sulfasalazine"?Analog( the drug "Salofalk"), although appointed with similar pathologies, but it has much more discrepancies. This is due to the difference in composition.

If the patient has stomach problems, then it is better to take "Sulfasalazine-EH", which will not dissolve in the stomach, but only in the intestine. A small proportion of patients in the early stages of taking this group can experience fever, skin rashes that go away on their own after several days of therapy.

Doses of drugs are selected individually, depending on the bowel and the stage of the disease. During the period of exacerbation, the dosage of the drug reaches its maximum values, then, in order to improve the condition, it decreases slightly. If the patient has side effects when taking medication, then the doctor should inform the patient about it. According to the patients, there is no significant difference between the drugs. The difference from the "Sulfasalazine" drug "Sulfasalazin-EN" - only that the drug dissolves in the stomach and can cause pain in the epigastric region.

If you regularly take tablets according to the above scheme, you can suspend the process of bone destruction in rheumatoid arthritis. The medicine can be prescribed for adults and children after 5 years. Do not exceed the dosage, so as not to cause side effects that are fraught with serious complications from other organs and systems. Also, tablets should be drunk immediately after meals and washed down with alkaline solutions, for example, mineral water. After one month of treatment, the condition will improve. The medication is prescribed for a long period, but does not cause addiction and withdrawal symptoms. Means of "Sulfasalazin-EN" and "Sulfasalazine" are released in the pharmacy on prescription.