Modern treatment of diseases of the musculoskeletal system, including the spine, is carried out by a whole arsenal of therapeutic methods, from stretching various parts of the spine to surgical intervention in neglected cases. Among this rich set, a special place is occupied by electrophoresis with "Karipazim" with hernia. Feedback on this procedure can be found mutually exclusive. And they are left as patients who received a result or disappointment, as well as professionals who have polar opinions about the benefits of the drug itself.

The modern drug, created on the basis of bioadditives - "Karipazim" - concentrate of natural papaya enzyme( papain).

Produced from the extraction of fruits of exotic melon tree, it possesses the properties of a whole complex of natural enzymes: proteolytic, anti-inflammatory and mucolytic. Electrophoresis with "Karipazim" with hernia, doctors' reviews about which can be either positive or cautious or highly negative, supporters praise for softening of the cartilaginous tissues of the vertebrae;for scarring of injured fibers of the intervertebral disc and restoration of its damping properties due to the enhanced synthesis of collagen;for anti-inflammatory effect. As a result, in their opinion, the size of the hernia decreases, the nerve is released, the pain and inflammation are removed.

Electrophoresis with "Karipazim" with hernia: reviews and objections of

physicians Opponents of the method warn of the aggressive action of proteolytic enzymes capable of digesting protein fibers, regardless of their origin. The instruction imposes a taboo on intramuscular and intravenous administration of this drug.

Electrophoresis with "Karipazim" softens the epidermis, and saline becomes an active source of sodium ions from the anode( positive charge), which penetrate deep into the tissues. In this case, weakly dissociated papaya enzymes, which have a large molecular mass, digest the surface layers of the skin and can not enter the body. The marketing specialists of the company MedFlorina, which produces this drug, began to advertise the gel Papain-Active for the treatment of the spine. They suggest using it from a spinal hernia even without electrophoresis, despite the fact that it is claimed as a cosmetic cleanser.

It is known that the extract of papaya fruits is a white crystalline powder which is diluted in saline( 10 ml) before use, adding 1-3 drops of dimexide for a greater therapeutic effect. For the best effect of the drug, the optimal temperature is 36-37 degrees. 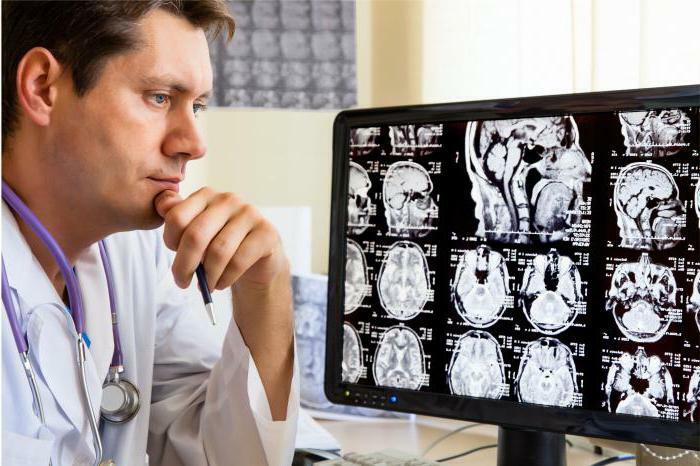 The procedure itself is carried out as follows: prepare wires connected to a special device that generates a galvanic current. Physicists have determined that the positive pole-the anode-will always be with red wires, the negative pole-the cathode-with the black ones. The pad is moistened in water with the temperature of the human body( 37 degrees), pour the prepared mixture of saline solution with "Karipazim" and "Dimexid" into the center. Place it on the affected spine and connect the red electrodes( with a positive charge).On the other two pads is "Eufillin" - a medication with vasodilating properties that improve the blood supply, speeding up the transport of "Karipazima" to hernia. 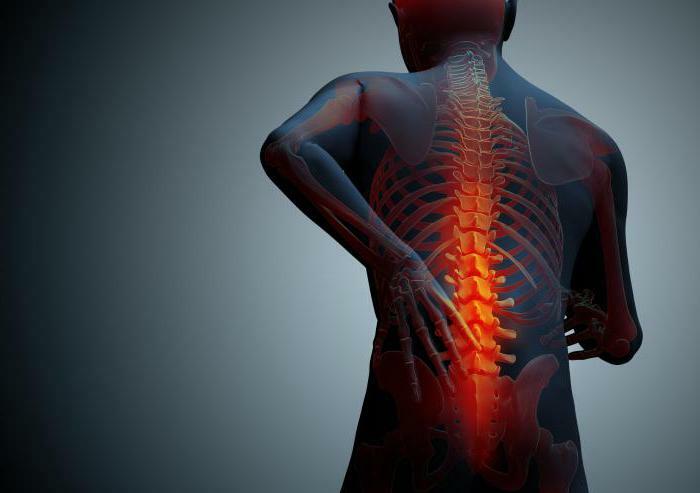 These pads are placed below the main on both sides of the spine or on the surface of the thighs. If the gasket with "Karipazim" serves the area of ​​the cervical or thoracic spine, then the euphyllinic pads are placed on the waist;if the lumbar region is affected - the "Euphyllin" -washed gasket with negative( black) electrodes during the procedure lies on the surface of the thighs. With a gradual decrease in sensitivity during the session, gradually increase the current.

Electrophoresis with "Karipazim" with hernias is called a hard test: the promised warmth and light vibration often turn into irritation, itching, peeling of the skin, and sometimes the temperature rises. The recommended gel "Papain-Active", which has anti-inflammatory properties, can ease the condition, but more often after the procedure, doctors recommend the use of hydrocortisone ointment. 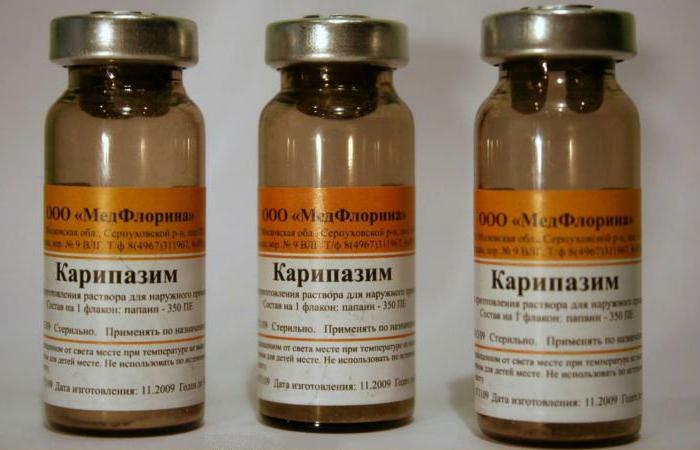 One or two sessions does not have a great healing effect, so for a notable result, the advocates recommend taking at least 20 or 30 sessions per course. In difficult cases, at the physician's discretion, a series of three courses can be appointed with a one- or two-month break between them. Treatment of a spinal hernia with electrophoresis with "Karapazim" reviews of many patients is called a miracle. Someone had a positive result by the end of the first course, others had a cure - in the beginning or the middle of the third.

Annotation to the application of "Karipazima" indicates that the drug is intended for people with osteochondrosis of the spine( including Schmorl's hernia), various forms of herniated intervertebral discs, discogenic radiculitis;burns of the third degree( to accelerate the regeneration of tissues);arthrosis and arthritis of large joints;neuritis of the facial nerve;cerebral and spinal arachnoiditis;a lechelopathic periarthritis;posttraumatic flexural contracture of the fingers and keloid scars of various origin. 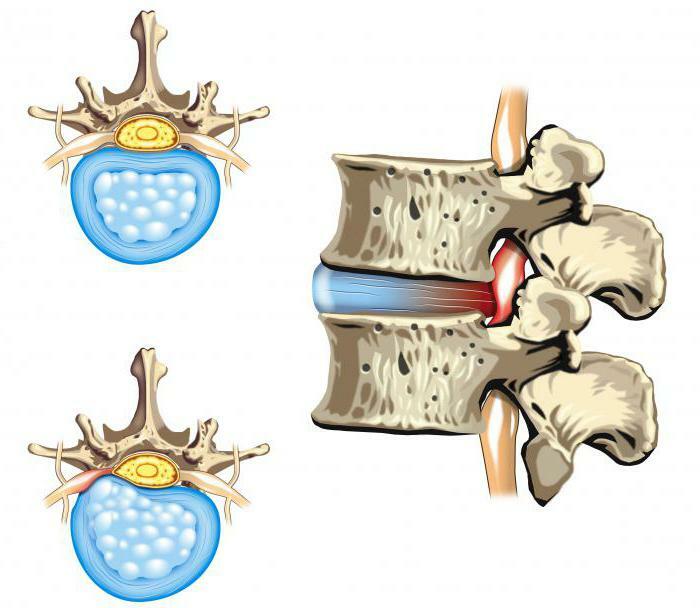 To whom is contraindicated electrophoresis with "Karipazim"

This procedure should be prescribed only by a doctor, even a home procedure must be agreed with the doctor in charge! To refuse electrophoresis with "Karapazim" it is necessary in the presence of sequestration of a hernia of a disk;exacerbations of any inflammatory processes;high body temperature, diabetes mellitus( a complicated case);poor blood coagulability, skin ailments, cancer problems, hypertension( grade 2-4), atherosclerosis, individual drug intolerance, pregnancy and lactation period. Electrophoresis with "Karipazim" with hernia, contraindications to which may include a tendency to allergic reactions, many doctors advise, since the symptoms can be removed with antihistamines.

Most opinions about this non-surgical technique for treating hernias can be roughly divided into two spectrums: a number of patients are delighted and include it in their arsenal of fighting each seizure of the intervertebral hernia( undergo a course of procedures, release the nerve due to softening and thus improve the qualityown life).Other patients experience the bitterness of frustration and a senseless waste of money, since improvement after the procedures does not occur.

Electrophoresis with "Karipazim" with hernia( reviews, contraindications should be discussed with a doctor) - a procedure that does not help everyone. Find out whether this method is right for you, you can only experiment with the permission of the doctor. Long-term treatment will also require considerable financial costs. Stopping therapy sooner than experts recommend, you can not wait for positive changes.