Increasingly in everyday life people began to face a terrible medical sentence - cancer was diagnosed. And if a few decades earlier it could mean only one thing - death, then today the majority of cancer patients gain hope for recovery. In all countries of Europe, new cancer centers are opening, ready to accept people with different degrees of this disease for treatment. There are such centers in Russia. One of the most famous is the oncological center named after Nikolai Blokhin.

Institute named after NN Blokhin. Cancer Center. The beginning of

The history of the center begins in the middle of the 20th century, when the existing institute of cancer therapy was transformed into a cancer center, which was headed by Nikolai Blokhin. A talented leader and a highly professional specialist, Nikolay Blokhin, in a short time, was able to gather around him a team of experienced and young doctors of different orientations - radiologists, surgeons, radiologists, representatives of different sciences. Blokhin managed to create one of the best scientific and practical schools in the country, which soon became an authoritative and leading center. In honor of the Russian surgeon-oncologist, the founder and the first director, the center received a nominal name. Nikolay Blokhin died at the age of 81 - it happened in 1993.Eight years later, the Russian Cancer Research Center. Blokhin was headed by professor, chief oncologist of the Russian Federation Mikhail Ivanovich Davydov. 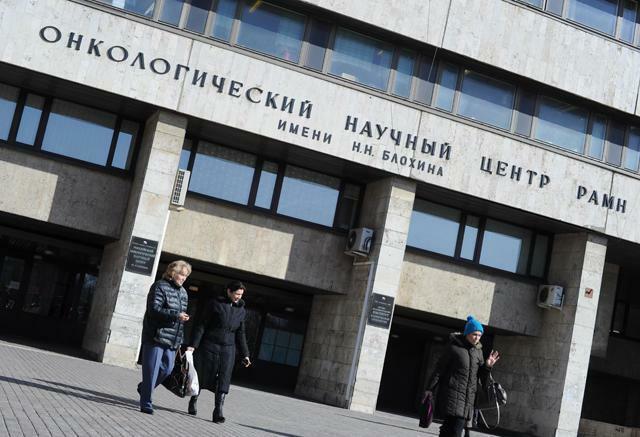 The subdivisions of the oncology center

The structure of the oncological center is divided into 5 divisions. The Institute of Clinical Oncology for adults is open for 850 beds. The Institute of Pediatric Oncology and Hematology, also engaged in scientific and practical work, is ready to accept up to 150 children of different ages for treatment. The subdivision of clinical and experimental radiology provides 50 beds.16 modern laboratories provide the institute of carcinogenesis, where the study and removal of deep tumors is practiced. A little more - namely 21 laboratories - represents a division of experimental diagnostics and therapy of tumors. 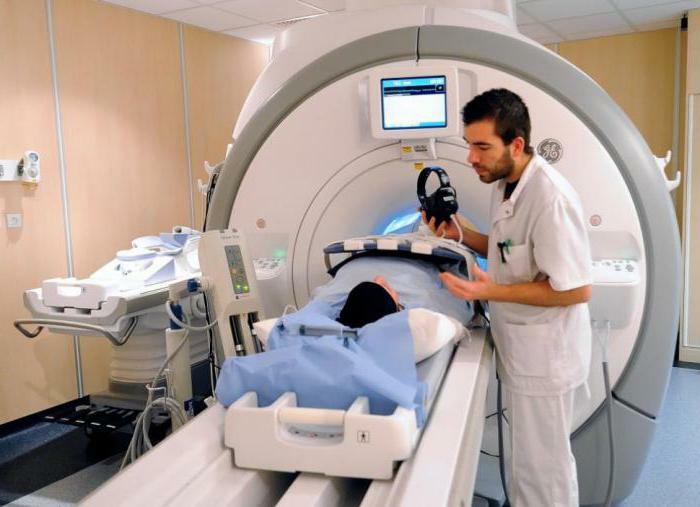 All the institutes employ specialists who have proven themselves from the best side, and have repeatedly proved their professionalism in practice, which confirms the large number of positive responses from those people who received treatment at the oncological center. Due to the broad profile of the RAMS, the Blokhin Cancer Center is known far beyond the borders of the country.

Focus on activities of

More than 3,500 employees represent the Blokhin Oncology Center. Doctors have a different degree - among those who devoted their lives to the cancer center 5 academicians, 89 professors, 7 specialists with academic title of corresponding members, as well as more than 200 doctors of science. The center can be used by patients with malignant neoplasms, those who are in the stage of premalignant pathology. 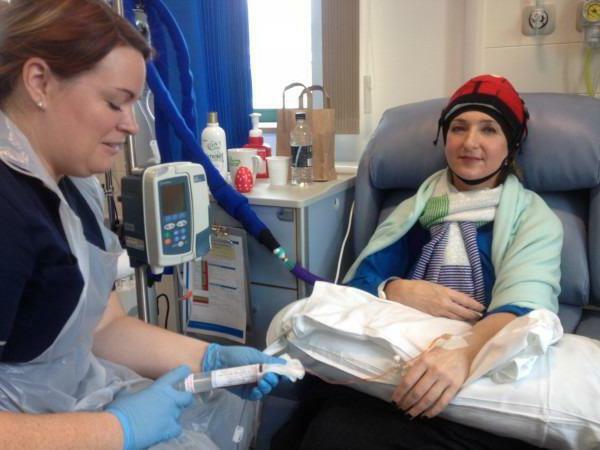 Constant research is carried out in the field of detailed study of tumor cells, mechanisms and progression of processes. Here, genetic, immunological, molecular, virological and many other aspects are affected. New productive methods of radiation, drug, combined therapy are being developed, and much attention is paid to pediatric oncology. In addition to the introduction of new devices, there is also ongoing training and retraining of specialists working at the Center.

Results of the oncology center

The titanic work carried out by the specialists of the Center on a daily basis brings its positive results. Extensive surgical operations on the liver with the use of expensive drugs and new medical devices have increased the possibility of conducting similar methods of treatment by 25%.In this regard, the death rate of patients with kidney and liver damage by cancer cells decreased by 10-15 percent. This is one of the many positive results achieved by the Blokhin Institute. The cancer center also does a great job in the direction of primary tumor surgery, as well as those that arise from metastases. 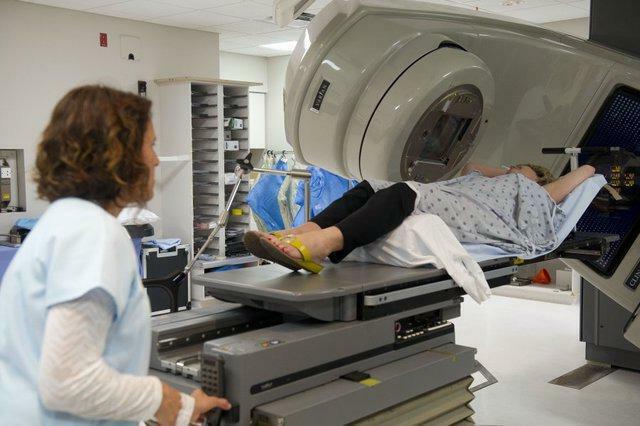 The possibility of such surgical interventions with a positive result increased by 40-45%.The desired results have increased by 20-25%.Large steps have been taken with regard to high-dosage chemotherapy - early toxic mortality has dropped sharply from 16% to 0( it is known that not every organism can tolerate a high dose of medicine, especially weakened by a terrible disease).

Results in the direction of pediatric oncology

Oncology centers in Moscow pay great attention to pediatric oncology, but the highest results were achieved in the Blokhin Oncology Center. Only here are the most complicated surgical operations for transplantation of related organs, which bring positive results. A special accompanying therapy has been developed, prevention methods have been introduced that regulate the response of the organ transplant to a new host. 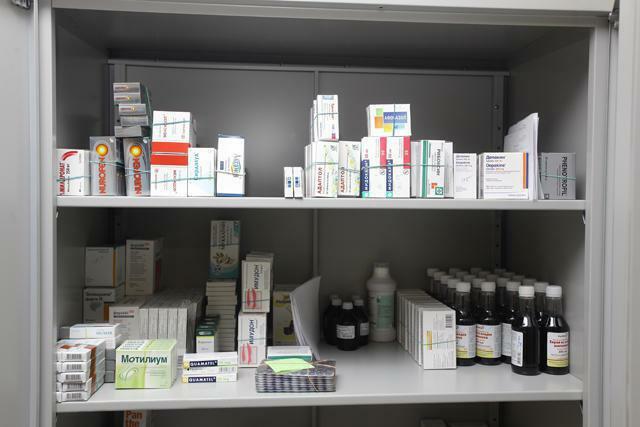 The two-year survival rate among children with oncology increased from 27 to 82%.Also, some types of chronic leukemia, myeloid and juvenile myelomonocytic, were treated. Partially compatible transplantation of related organs has helped not only to significantly improve survival rate, but also to improve the further quality of life of the operated child. This is the prerogative of this Center, which has not yet been reached by other oncological centers in Moscow.

Annually in Russia oncology affects more than 450 thousand people. More than 300 thousand of them die. Often, patients are diagnosed with a terrible diagnosis too late, when there is not much that can be done. But even in this case, specialists are ready to come to the aid of patients who turn to the Blokhin Institute( oncology center).Comments on the productive activities of doctors fully disclose their work: the surgeon V.Yu. Ivashkov - the best in the world, mammologist R.A.Kerimov is a doctor from God, angio-surgeon IK Vorotnikov is a man with a capital letter, a true professional of his business, oncologist DA.Burov is an amazing person and a wonderful doctor and many others. And for every gratitude - not just words, but someone's saved life at the Blokhin Institute. 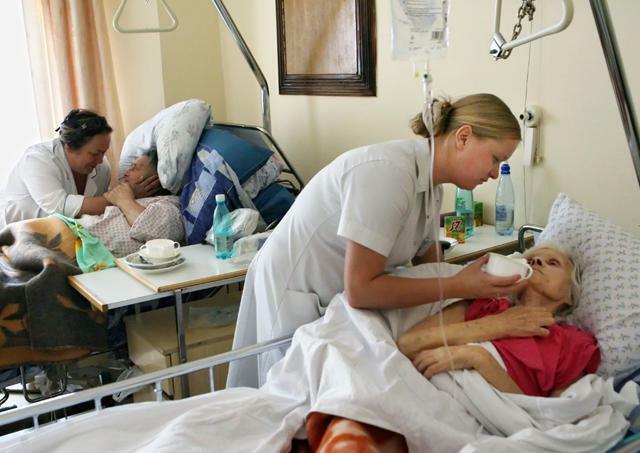 The cancer center is not difficult to find, even for the first time in Moscow, every third inhabitant of the capital knows about this place.

What you need to know when applying for the first time

The examination and treatment at the Center is free for Russians, except when the disease falls under the category of paid services( extremely difficult situation).Now the practice of writing to a doctor via the Internet is widely practiced, however, a full-time meeting with a specialist is practiced at the institute( there is no recording by phone).On the day of treatment, the patient is issued an outpatient card, with which he after some time comes to a consultation with a specialist. 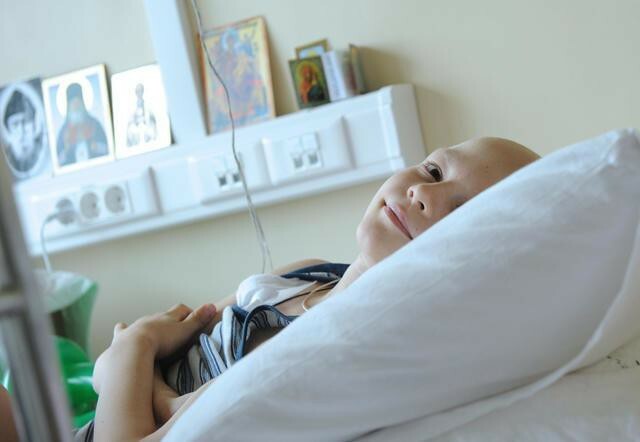 For more effective visits it is necessary to prepare the documentation package as much as possible - analyzes, extracts, directions, the completed treatment stages, X-rays, mammography, ultrasound, ECG and all other procedures. Of course, you need to have personal documents with you( passport, policy), and also better come with escorts - you can take someone from your relatives. Entry to the doctor via the Internet is not done - each case is considered individually.

A little bit about paid services

Paid services to the population turn out to be in accordance with the order and regime established by the Blokhin Institute( oncology center).Feedback from patients who have gone through the stages of paid treatment procedures, talk about their safety and quality. These services are only for certain segments of the population. These are foreign citizens, persons without registration of Russian citizenship, as well as those patients who do not have the right to provide free treatment( lack of policy and direction).People who are provided with services for a larger size than those provided for by the free medical care program fall into the same category. People whose diseases do not fall under the specialization of the institute's employees, but who still can receive it, will also receive the right to receive treatment on paid terms( when concluding an appropriate contract).And now we learn how to get to the cancer center.

The institute is so well known far beyond the capital that it will not be difficult to find it. Most often, asking a question to a simple passer-by: "How to get to the oncological center?", You can hear in response: "So this is Kashirka, the cancer center is located there."The official address is as follows: Moscow, Kashirskoye highway, house 23( in the postal address it is necessary to specify the house under number 24).Their work begins with specialists at half past eight in the morning. It is also worth knowing the days of the Blokhin Institute's work. The Cancer Center works all week, except for standard days off - Saturday and Sunday. The admissions department, where the patients are hospitalized, in addition to these two days does not work on Friday.