Ureaplasma spp.- what is it? Symptoms, treatment and consequences

In our time, few people listen to the recommendations of doctors and apply to medical institutions just for examination. As a rule, they go to the polyclinic only after the appearance of any health problems, and some even prefer self-medication in such cases. Such an irresponsible attitude towards one's health can cause a lot of trouble. And if you consider that many diseases at the initial stage are not manifested in any way, preventive measures become even more important. So, in time the presence of Ureaplasma spp.will prevent a variety of pelvic disorders in both men and women. And if a couple of decades ago ureaplasmosis, according to experts, was not dangerous to health, today it is considered the root cause of many disorders of the genitourinary system.

Excursion to the past 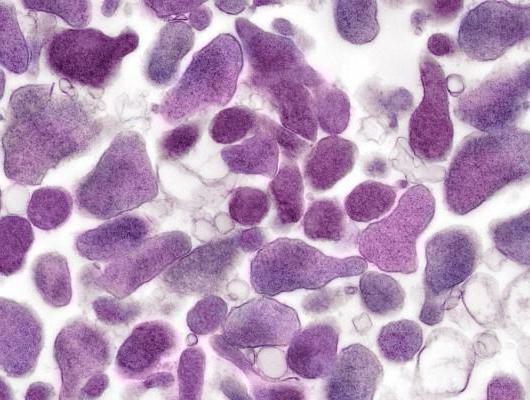 At the beginning of the last century, ureaplasmas revealed in humans did not cause concern among specialists and were considered as one of the benign mycoplasmas. But over time, through multiple studies, it was proved that this type of microorganism has the ability to ureolysis, and therefore, is the causative agent of many diseases. Until 1958 it was believed that ureaplasmosis in men can not be, because this is an exclusively female disease, but this was found quite explicit rebuttal.

What should everyone know about ureaplasma?

The first question that arises in humans when revealing Ureaplasma spp is what is it? How dangerous is this disease and how to treat it? All of these questions have answers.

So, the first thing you should know: this kind of microorganisms is present in almost every person, and can quite easily get on with other bacteria without causing harm. But this does not mean that it is not necessary to diagnose the presence of such "cohabitants".Indeed, the slightest excess of the quantitative index of these bacteria in combination with the individual reaction of the body can cause a mass of diseases. 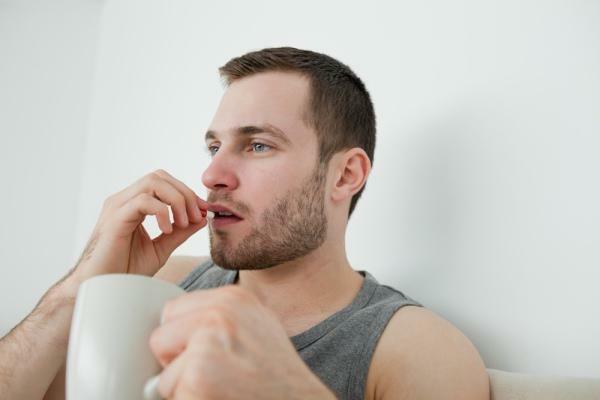 Secondly, you need to know what Ureaplasma spp is. What is it, any specialist can tell. This is the name of a group of certain microorganisms, but for their specific typing, a follow-up will be required. Only such additional diagnostics will allow to determine the belonging of the detected bacteria to one of the two existing types and their exact quantitative index. Only after this the doctor will select the appropriate treatment with antibiotics and ancillary medicines.

To date, scientists know of 14 serotypes of ureaplasma, which are divided by pathogenic properties into two main types: parvum and urealyticum. The first includes 1, 3, 6 and 14 serotypes. As previously thought, it is he who can cause non-gonococcal urethritis in men, while the second causes inflammation of the urogenital system in women and pathological changes in newborns. However, these data for years of research and practice have not been confirmed, so scientists continue to study Ureaplasma spp, parvum, urealyticum( t960). 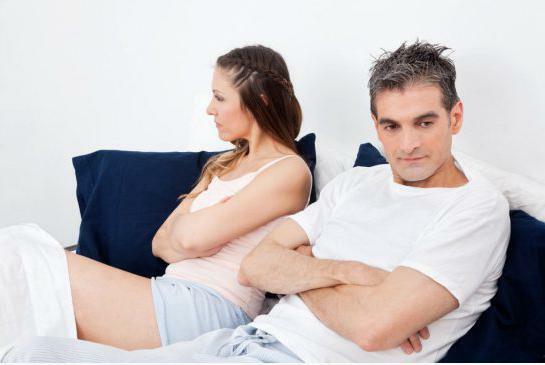 Since ureaplasmosis refers to infections of the genitourinary system, the most common mode of transmission of the disease is unprotected sex. As a rule, if a healthy partner has a good immune system, the probability of infection and development of the disease is small enough, but it still exists. As for people with weakened immunity, the risk increases several times.

The second way to transfer Ureaplasma spp.(parvum, urealyticum) is the so-called vertical path from mother to newborn. Attention should be paid to the fact that this method of infection has several patterns of infection.

1. In the early stages of pregnancy - through the amniotic sac subject to the presence of an intrauterine infection. In such cases, ureaplasmas settle in the lungs of the embryo, and then begin to multiply intensively and exert their pathogenic effect on the fetus.

2. Throughout pregnancy, the infection can enter the fetus by the hematogenous way: both through the placenta and through the umbilical cord. Infection of the embryo can cause chorioamnionitis, the spread of pathogenic microflora to other organs and congenital pneumonia.

3. Infection can also occur when the toddler passes mother's birth canal. In such situations, microorganisms are colonized on the skin of the newborn, as well as on membranes of the mucous membranes and in the respiratory tract.

4. The last, but one of the most rare methods of DNA transmission of Ureaplasma spp., Is transplantation of organs. Despite the maximum precautions and examinations, unfortunately, such cases have already been fixed. 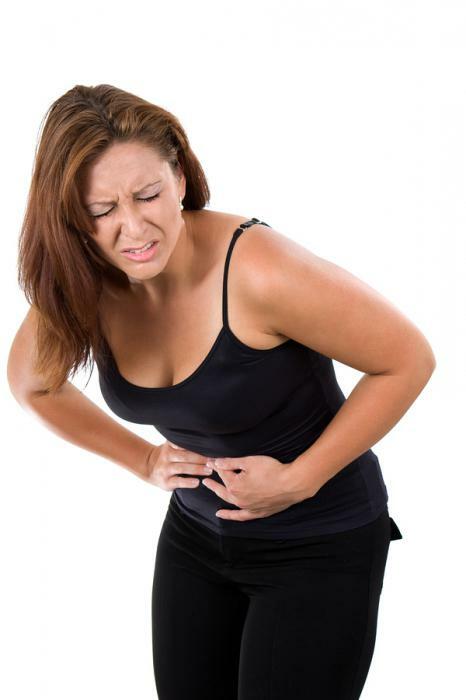 To determine the presence of ureaplasma in the human body today, you can use 5 available diagnostic methods. The first and most frequently used is bacteriological culture. In everyday life, he was used to call a smear. It is taken from the vagina or urethra. This method of diagnosis is as simple and economical as possible, but it is far from being the most effective. After all, the presence of ureaplasma in the urinary tract does not provide a specific diagnostic picture of the development and pathogenicity of these pathogens throughout the body. But if the result of such an analysis was positive, then the examination should be continued with better diagnostic methods. To do this, doctors recommend contacting the laboratory and taking an analysis for the reaction of direct or indirect immunofluorescence. If the doctor believes that a more informative diagnostic method is needed, it is best to undergo an ELISA or PCR procedure. The result of such a study not only confirms the presence of Ureaplasma spp( quality) DNA in the body, but also provides data on the extent of the spread of the infection. And accordingly, the doctor will be able to choose the treatment more precisely.

What are the most dangerous ureaplasma in pregnancy?

Since this type of pathogenic microorganisms has not been fully investigated, there are many conflicting conclusions of specialists on how ureaplasmas affect the course of pregnancy. However, from all this long discussion of world scientists, it is possible to derive several similar views of the effect of this type of bacteria on the organism of the future mother and child.

The first confirmed fact suggests that Ureaplasma urealyticum is directly related to pathological changes in the fallopian tubes and significantly increases the risk of ectopic pregnancies.

With regard to practice, ureaplasma spencis is the cause of chorioamnionitis, and therefore, premature births in later periods and abortion in the first trimester. There are also cases of manifestation of postpartum endometritis even after cesarean section. But it is worth noting that such complications can occur only with intrauterine infection with ureaplasmas, and not with vaginal colonization of bacteria. 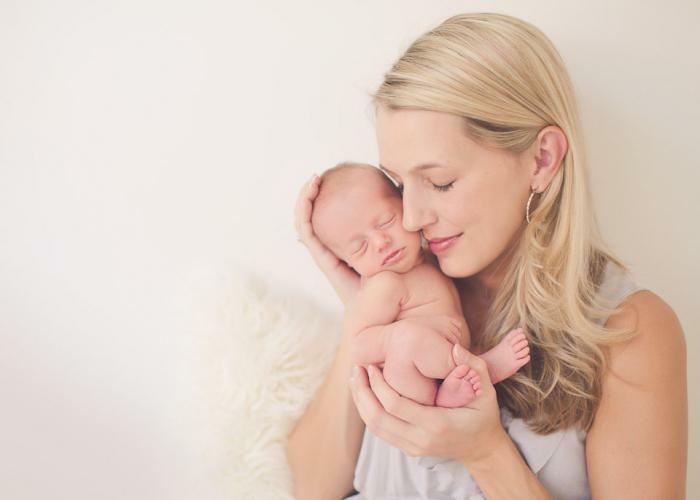 Some physicians associate the presence of data of pathogenic microorganisms with a low child weight. In most cases, the weight of newborns does not exceed 2.5 kg, and the blame for all Ureaplasma spp. That this is an established and proven fact or assumption, while it is impossible to say, as the research continues.

Development of infection in the body

As a rule, infection and reproduction of ureaplasma in the body occurs completely asymptomatic, but this only affects healthy people. That is why many people think, getting the result of "Ureaplasma spp.", That this is some kind of mistake or an evil joke. However, the reality is more severe, and if the doctor recommends treatment, immediately begin therapy until microorganisms start to harm their health.

Undoubtedly, a person with stable immunity can for a long time not know about their disease. However, with the slightest malfunction in the immune system, the first manifestations of ureaplasma and disorders of urogenital function will not take long.

Manifestation of ureaplasmosis in men 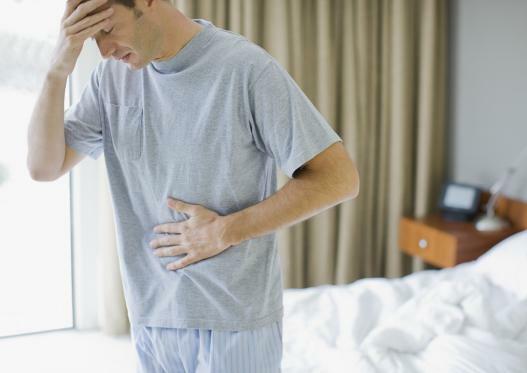 In men, the first manifestation of active ureaplasma activity, as a rule, is urethritis, which indicates the inflammatory process in the urethra. Initially, it gives a slight discomfort when urinating, which for a couple of days can turn into a sharp burning and pain. Then there are liquid mucous discharge from the urethra in combination with symptoms characteristic of prostatitis, indicating the progression of the infection. If in such a situation it is not urgent to begin treatment, it will be extremely difficult to restore the functionality of the reproductive system. In the absence of necessary therapy, a man faces impotence and infertility.

How ureaplasmas manifest in women

As for women, the development of ureaplasma in their body is similar. Initially, pains appear in the urethra, then mucus discharges appear with a sharp ammonia odor. During sexual intercourse, a woman can experience not only discomfort, but also pain, which is caused by increased sensitivity of the inflamed mucosa to mechanical effects. A little later pain in the lower abdomen indicates the spread of infection in the uterus, which can lead to adnexitis and endometritis. 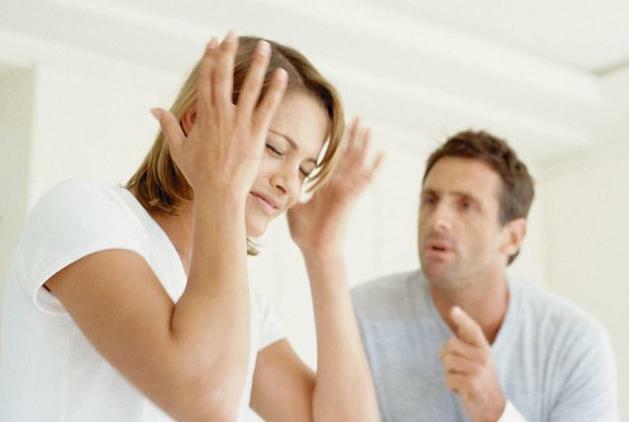 When starting treatment, do not forget what Ureaplasma spp. That it is serious enough, you will be told by the attending physician. He will also explain that ureaplasma is a disease of both partners. Therefore, everyone will need to undergo a comprehensive diagnosis for typing microorganisms and identifying co-infections. After that, the doctor will prescribe an individual treatment regimen. During the entire period of taking medication, it is necessary to completely abandon sexual contacts even with the use of barrier contraceptives.

As a rule, with ureaplasmosis, antibiotic therapy is prescribed, but there is a catch. The thing is that these microorganisms very easily adapt to these drugs, so the effectiveness of the treatment is sometimes reduced to zero even after several courses of medication. To avoid this kind of trouble, it is worth giving an analysis of the sensitivity of ureaplasmas to antibiotics. And only after that, patients can be prescribed tetracycline drugs "Doxycycline", "Tetracycline", macrolides "Vilprafen", "Azithromycin" or fluoroquinolones "Pefloxacin", "Ofloxacin".