As is known, the difference in atmospheric pressure affects a person's well-being. Especially well know this people who are fond of mountaineering or descend deep under the water. Reduction of the atmospheric pressure of the environment for a short time is usually not accompanied by severe disturbances for the organism. Nevertheless, a long stay in the "discharged" air is very dangerous. In some people, with sudden changes in pressure, a state develops such as decompression sickness. The severity of the condition is determined by the degree of exposure to the person, the protective forces of the body, and also the timely measures taken by the doctor. Despite the fact that decompression coffer sickness in most cases is treatable, there are many deaths. The connection of atmospheric pressure with this pathology was established in the middle of the 17th century by the scientist Boyle. Nevertheless, this medical phenomenon is still being studied. 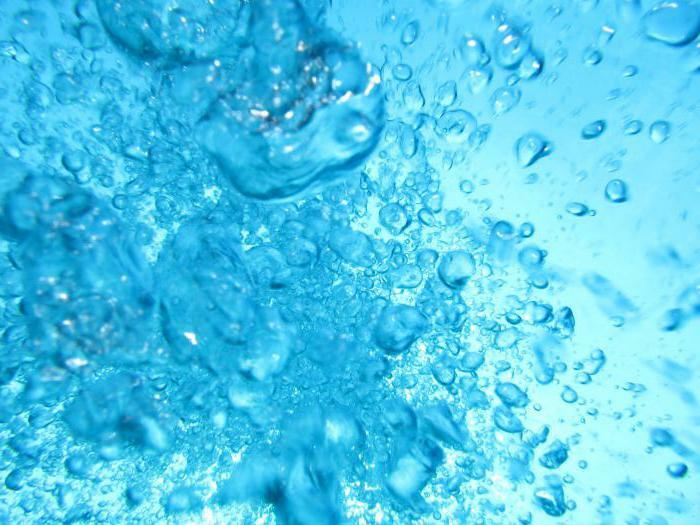 What is decompression sickness?

This pathology is associated with occupational exposure to the body. Despite the fact that R. Boyle is one of the first scientists to establish the relationship between the drop in atmospheric pressure and changes in the tissues of living organisms( snake's eyeball), decompression sickness became known to the world much later. This happened in the late 19th century, when the first air pumps and caissons were invented. At that time, pathology began to be attributed to occupational hazards. People who worked in conditions of compressed air in order to build tunnels under water, at first did not notice any changes. Deterioration of the general condition appeared at the moment when atmospheric pressure was reduced to normal figures. For this reason, pathology has the second name - caisson disease. Depth is the main component of this state, since it is there that unusual pressure for our organism is noted. The same applies to height. Given that the symptoms of the pathological condition appear with a differential pressure( from high to low), diagnosis is not difficult for an experienced specialist. 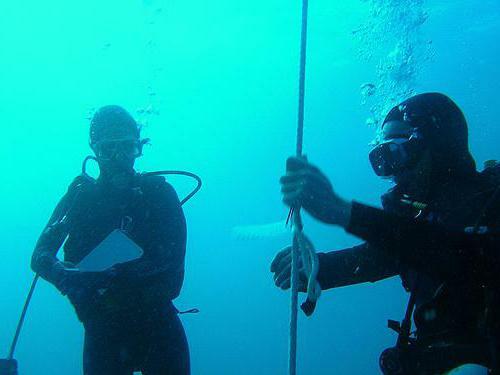 Who is exposed to decompression sickness?

Caisson disease does not occur suddenly and without cause. There is a risk group - that is, people who are prone to this pathology. The activities of these individuals should be directly related to changes in atmospheric pressure. Previously, the disease was only exposed to caisson workers and climbers. In today's world, the risk group has significantly increased - it began to include astronauts, pilots and divers. Despite the fact that these professions are dangerous, the disease with caisson disease is not the norm. It affects only those who neglect safety techniques or have risk factors. Among them the following provoking effects are singled out: 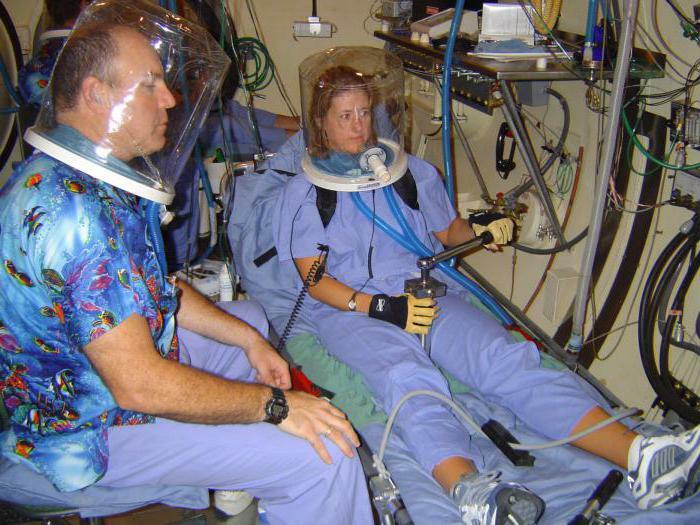 As is known from the laws of physics, atmospheric pressure affects the solubility of gases in a liquid. This rule was formulated by scientist Henry. According to his statements, the higher the ambient pressure, the better the gas dissolves in the liquid. Given this rule, it can be concluded how the decompression sickness develops in people at high altitude. Due to prolonged stay in the zone of high atmospheric pressure, the body of pilots and astronauts, as well as climbers, gets used to this environment. Therefore, the descent to the familiar atmosphere for us causes a sharp deterioration in their condition. Due to the pressure drop, the blood gases begin to dissolve worse, gathering in air bubbles. What is dangerous decompression sickness for pilots and why? The air bubbles formed in the blood stream may increase in size and block the vessel, thereby causing tissue necrosis in this area. In addition, they have the ability to move through the body and enter vital arteries and veins( cerebral, coronary, pulmonary).These air bubbles act as an embolus, or thrombus, which can cause not only serious disturbances of the condition, but also a lethal outcome. 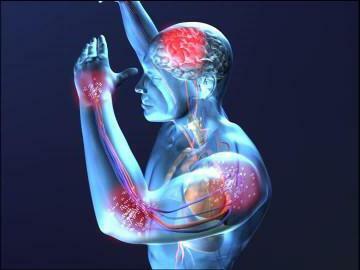 Development of decompression sickness in

divers The diver's cavity disease has the same development mechanism. Due to the fact that at great depths the atmospheric pressure is higher than on the surface, when it is sharply reduced, the blood gases begin to dissolve poorly. However, with the observance of safety precautions and the absence of risk factors, this can be avoided. To prevent the diver from falling ill with caisson disease, the following conditions are necessary: ​​ 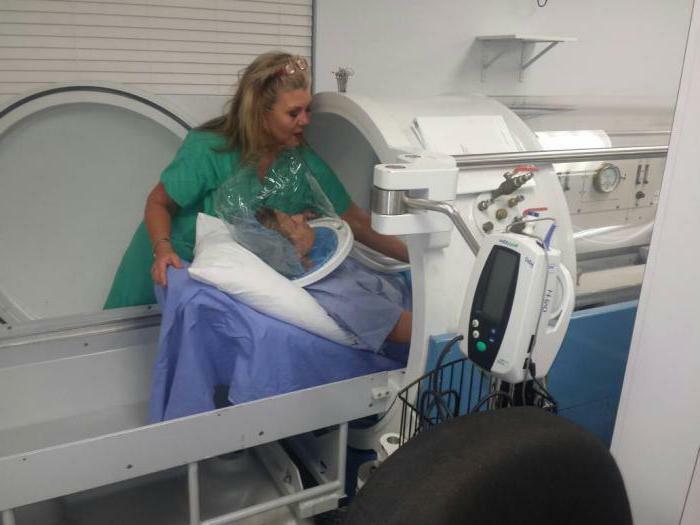 There are 2 types of decompression sickness. They are distinguished by the fact in which vessels are the air bubbles. In accordance with this, each of them is characterized by its clinical picture. With type 1 caisson disease, gas accumulates in small capillaries, arteries and veins, supplying blood to the skin, muscles and joints. In addition, air bubbles can accumulate in the lymphatic vessels.

Underwater and altitude decompression sickness type 2 is a great danger. With it, gas emboli affect the vessels of the heart, lungs, brain and spinal cord. These organs are vital, therefore violations in them are serious.

The clinical picture of the pathology depends on which vessel is affected by air bubbles. Such signs as pruritus, scratching, pains in muscles and joints, which increase with torso turns, walking, characterize 1 type of caisson disease. So uncomplicated decompression sickness manifests itself. Symptoms characteristic of type 2 are much more serious. When the cerebral vessels are affected, the following clinical manifestations can occur: loss of visual fields, reduction of its sharpness, dizziness, doubling of objects in the eyes, tinnitus. Embolism of the coronary arteries is manifested by angina and shortness of breath. When the pulmonary vessels are affected with small air bubbles, coughing, suffocation, and lack of air are observed. All these symptoms are typical for the average degree of decompression sickness. In more severe cases, there are significant circulatory disorders with a possible fatal outcome. 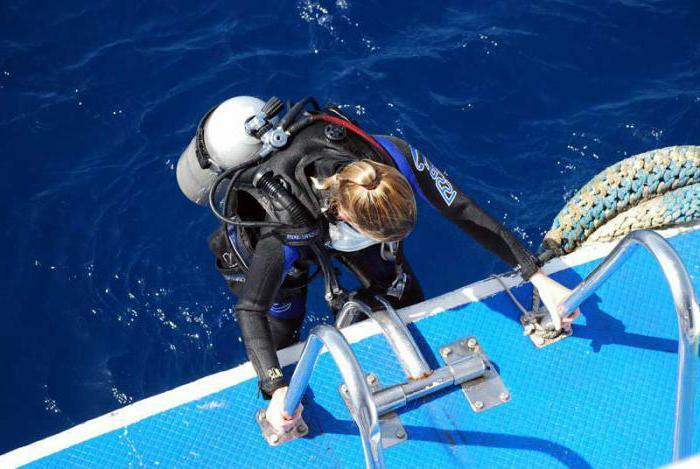 Degrees of gravity of the caisson sickness

Distinguish between mild, moderate and severe degree of decompression sickness. In the first case, the deterioration is insignificant and reversible for a short time. An easy degree is characterized by weakness, muscle and joint pain, arising periodically, skin itching and rashes on the body. Usually these phenomena occur gradually and pass on their own. At an average severity level, significant disturbances occur. Pain in joints and muscles is constant and more intense, dyspnea, cough, unpleasant sensations in the heart, neurological symptoms. This form requires urgent treatment. Severe form of caisson disease may be manifested by significant respiratory depression, urination disorders, paresis and paralysis, myocardial infarction, etc. Lethal outcome may result in ONMC in large vessels of the brain, as well as thromboembolism of the pulmonary artery.

Diagnosis of decompression sickness is not very difficult, since pathology develops already in the first hours after ascent from depth or landing. The clinical picture allows you to correctly assess a person's condition in most cases. When suspected of affecting medium and large vessels, instrumental examination methods are required. It is especially important to carry out coronary angiography, MRI of the brain, ultrasound of the veins and arteries of the extremities.

With moderate to severe caisson disease, bones and joints are often affected. In some cases, the spinal cord is involved in the process. X-ray method of investigation allows to correctly diagnose decompression sickness. The following changes in the osteoarticular system are distinguished: areas of increased ossification or calcification, changes in the shape of the vertebrae( expansion of the body and decrease in height) - breviscondylia. With this, the disks remain intact. If the spinal cord is involved in the pathological process, one can find its calcifications, which resemble shells or clouds.

It should be remembered that with timely assistance, caisson disease can be cured in 80% of cases. For this purpose, special pressure chambers are used, in which oxygen is supplied under high pressure. Thanks to them, the organism undergoes recompression, and particles of nitrogen are removed from the blood. The pressure in the pressure chamber is reduced gradually, so that the patient adapts to the new conditions. In emergency conditions, it is necessary to carry out cardiopulmonary resuscitation, to start the supply of "pure" oxygen with a mask.

To prevent the development of decompression sickness, it is necessary to adhere to safety techniques at depth and high in the air. During the ascent from the water, make stops so that the body can adapt to atmospheric pressure. It is also important to use special equipment - a diving suit and cylinders with oxygen.