Military sanatorium "Feodosiya" of the Ministry of Defense of the Russian Federation: address, reviews

Feodosiya is the oldest seaside town in the South-East of the Crimean peninsula. This unique settlement is more than 2500 thousand years old. The trips to the Crimea in Feodosia have been very popular for decades, thanks to the excellent location, the developed infrastructure and the curative climate.

In addition to a full rest, Feodosia can offer its guests a miraculous sanatorium treatment. Healing mud mud and water of mineral springs have a beneficial effect on human health. Feodosiya sea air has miraculous therapeutic properties, because it is soaked with herbs of the Crimean steppe, in combination with the sea air, rich in iodine. The trips to the Crimea have been very popular for many years now.

The sanatorium is located one kilometer from the railway station of picturesque Feodosia at the very shore of the sea in the green park zone. This institution has been working since the forties of the last century and is now owned by the state. The sanatorium is subordinated directly to the Ministry of Defense of the Russian Federation. 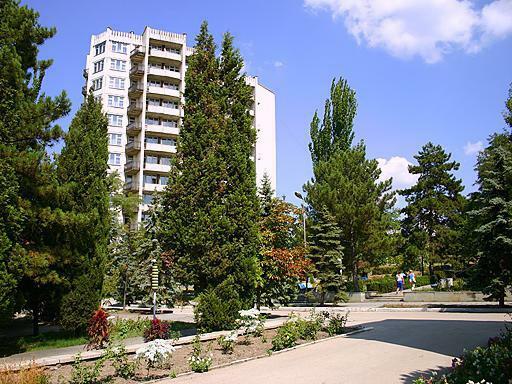 An extensive medical base and priceless unique natural factors attract tourists all year round to this wonderful health resort.

The military sanatorium "Feodosiya" during its operation took in its walls about a million vacationers and accumulated invaluable experience in the diagnosis and personal choice of treatment methods.

Profile of the sanatorium

The presence of mineral waters in the first place allows you to take patients with diseases of the gastrointestinal tract and the endocrine system. This is the main profile of the sanatorium "Feodosiya CVKS".However, this is not limited to the health resort. Other diseases are also treated in its walls. 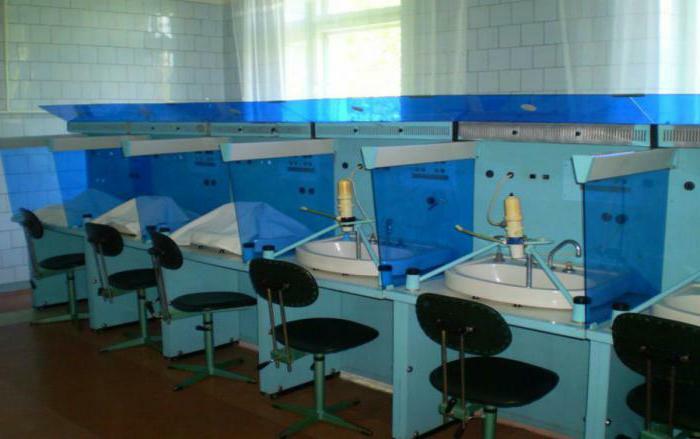 The main building of the sanatorium is a majestic twelve-storey building located 100 meters from the sea. In the building there is a basic numbered fund, namely:

All rooms are designed for two people having a rest, they have a large loggia and a chic sea view. Free internet is on each floor in the lobby. Hot water - around the clock. There is an elevator in the building. 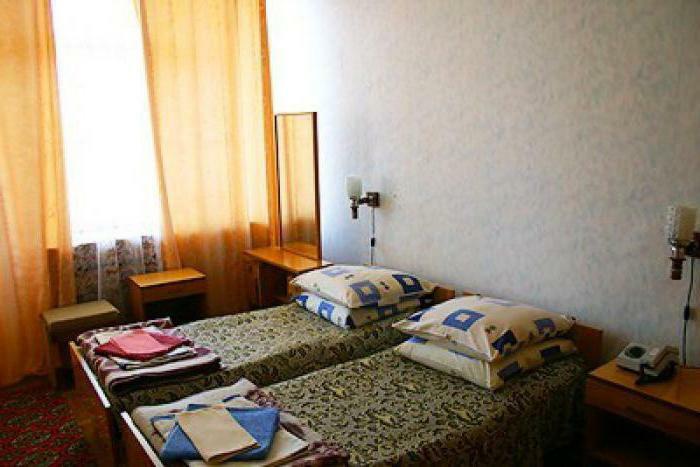 In addition to the main building, the Feodosia military sanatorium of the Defense Ministry of the Russian Federation accepts vacationers in a four-story building. The building is located close to the embankment, and the rest here has a distinctive feature - the apartment gets noise from the discos at night, so it is more suitable for the younger generation.

The rooms of this building are 2-3-4-bedded, consisting of one, two and three rooms. A good repair, all the amenities, a large loggia and a sea view.
Surrounded by a picturesque park there is a highlight of the sanatorium - a 2-storeyed "Ulyanov's Lodge" - a cottage type building with two-room suites, equipped with their own kitchen and adjacent area.

Nutrition in the sanatorium

The military sanatorium "Feodosiya" provides its guests with a full meal. The dining room of the sanatorium is very spacious and cozy - as many as four large halls with a capacity of 250 people. 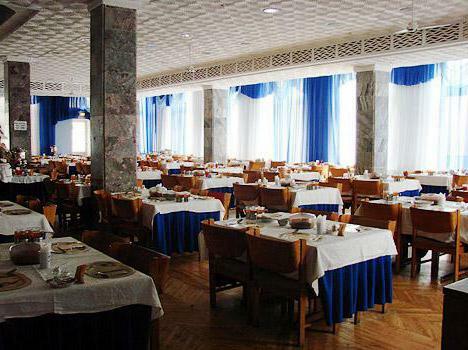 The menu is quite diverse, while dieticians of the sanatorium have developed about ten diets. Control of nutrition in this health resort is given special attention. At the very beginning of treatment, all patients undergo a reception with a dietitian, and according to the results of the examination an individual diet is prescribed that takes into account the disease profile.

The daily menu includes a huge assortment of salads, about five first and twice as many main dishes, there are necessarily dairy foods, fish, seasonal vegetables and fruits.

Diagnostic department - it starts treatment in a sanatorium. With the help of modern methods of examination, experienced doctors will put the correct diagnosis and determine the main direction of treatment.

Mineral water "Feodosiya" is the main medical factor of the sanatorium. In addition to it, the sanatorium is actively used mud therapy of diseases of the musculoskeletal system, gynecological ailments, male and female infertility. 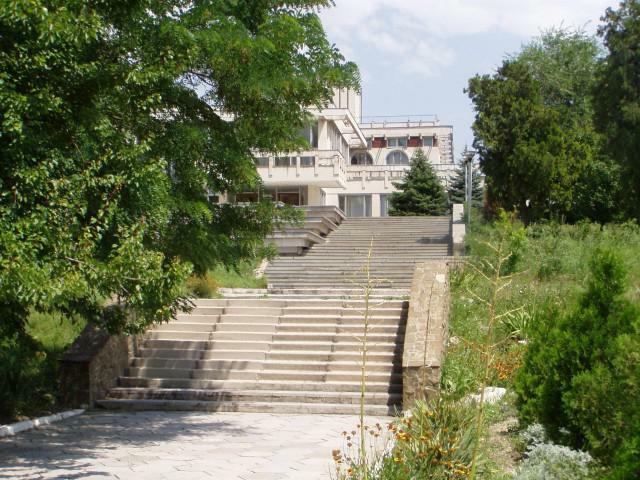 The developed physiotherapy department provides prevention and treatment with electrophoresis, UHF and SMT therapy, laser therapy, magnetotherapy, acupuncture and other modern techniques. In the department there are salt rooms, massage rooms, light therapy and ultrasound are used.

Physical education is also one of the directions of treatment. Morning gymnastics, gymnastics on the profiles of diseases, therapeutic walking and other elements of physical culture are an integral part of the treatment of many diseases.

The military sanatorium "Feodosiya" has its own dental department, which is equipped with modern equipment and highly qualified personnel.

The sanatorium has its own beach, which is located a hundred meters from the buildings. Equipped with a beach with sunbeds, umbrellas, a medical center, a shower, a boat station. A variety of water activities are fully accessible to holidaymakers.

On the territory of the sanatorium there is a sauna, a gym for the guests. There is a summer concert hall for 1200 seats. Fans of sports games are waiting for equipped sports grounds and a tennis court.

In the immediate vicinity of the sanatorium there is an embankment with many restaurants and cafes and the famous art gallery of Aivazovsky.

How to get there? Where to buy a ticket?

Getting to Feodosiya is quite simple, so it's a popular resort. From the Feodosia railway station, a train runs to Simferopol and Evpatoria, buses and shuttles from Alushta and Simferopol. From the bus station of Feodosia to the health resort is about 2.5 kilometers, so the services of the city transport or taxi are needed.

The address of the sanatorium: Republic of Crimea, Feodosia, General Gorbachev street, house 5.

You can buy permits to Crimea from partners in one of four Russian cities: Feodosia, Moscow, St. Petersburg and Ufa. Contacts are listed on the official website, which will not be difficult to find.

Almost all reviews concerning the main factor of the sanatorium are positive. Vacationers describe the miraculous properties of mineral water and note the improvement of well-being after taking it.

The qualified personnel, conformity to parameters the price - quality, tasty useful food and the developed medical base are marked. However, while holidaymakers pay attention to the shortcomings in the service and the lack of repair in the rooms of the standard type.