Evening primrose oil, or evening primrose, is one of the basic Western oils that have been used in our country relatively recently. Initially, this drug was used as a material for aromatherapy. To date, it remains exotic, and its properties are not known to all. However, primrose oil has been used for cosmetic and medicinal purposes for more than one millennium. The first mention of this tool was found in the records of American Indians. 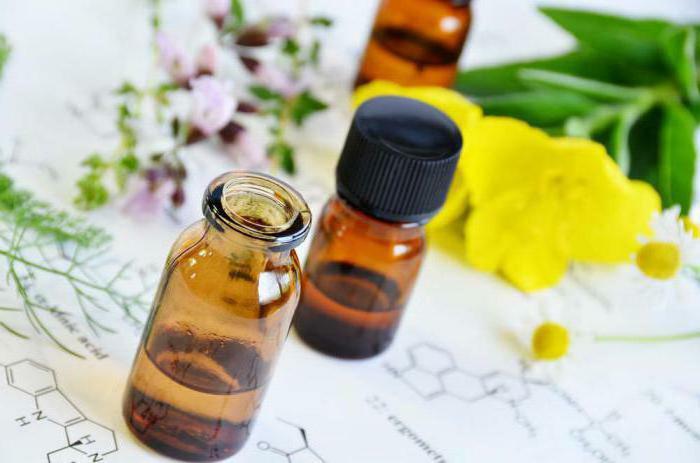 A bit about the plant

Evening primrose oil, the price of which is 750-850 rubles, is made from primrose seeds. This is a pretty two-year-old plant that opens its buds only with the onset of darkness. More than two thousand years ago, the North American tribes of the Indians assessed the properties of primulas. It should be noted that the primrose was one of the main medicines for shamans. This plant has a fleshy rhizome, jagged oblong leaves, and tubular flowers of a greenish tinge, which have a few yellow petals in the corolla. Like a night violet, the flower opens only late in the evening. However, the time of its fragrance is small - not more than a day.

This amazing plant grows not only on the territory of America, but also in Australia, Europe and Asia. Initially, the seeds of primrose, which were ground in the paste, were used to treat all kinds of injuries and wounds, and also as a remedy against female diseases and asthma.

Enoter oil was not only appreciated by the Indians. He was actively used by the Maya and Inca tribes. In addition, the Peruvian Indians called this plant "drinking blood."They used it as a medicament for wounds, for headaches and problems associated with digestion, for menstrual disorders, for colic, and for stopping internal bleeding. Chinateki used primrose to fight skin diseases and infertility, and the Mexican tribe of pimas - for colds and heat.

When there was such a direction as aromatherapy, evening primrose oil began to be studied in more detail. Completely the quality of this tool was evaluated only in the 70s of the 20th century. During this period, the main feature of the product was revealed - the ability to enhance the therapeutic effect of other essential oils. It is worth noting that the primula is not a night violet. The flower of the evening primrose differs not only in appearance, but also in its properties. 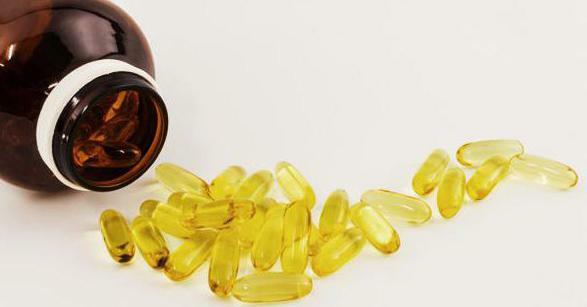 Evening primrose oil is made from seeds harvested in fruits. Produce the product in a simple way of cold pressing. At the same time, a rather large yield of oil is noted: about 20-30%.The most difficult thing is the extraction of seeds. Therefore, primrose oil refers to rare and valuable products.

Which composition does the enoter have? A flower, or rather its seeds, contains in less or more all the basic minerals and vitamins. However, the most important is the fatty acid composition of the oil. The product contains up to 80% linoleic acid, the effect of which is enhanced by alpha and gamma-linoleic components. But this is not all peculiarities of primrose oil. This product includes rare eicosenic acid, as well as palmitic, stearic and oleic acid.

As for the combination of all these components, it is simply unique. Of course, this does not apply to their concentration, but to a mutually reinforcing relationship. It is precisely this that serves as a kind of stimulant for biological processes. Evening primrose oil, reviews of which are mostly positive, stand out among the others in that it is the only vegetable composition that, in its characteristics, is similar to fish oil.

Evening oils differ in pale yellow, luminous, iridescent, golden tinge. As for the fragrance, it is very light, barely perceptible. Nuts of nuts predominate in it. It also hears a light aroma of fish oil. As for the taste, the evening primrose oil does not taste very good. But at the same time he does not repel. The taste of this product is somewhat like pollen of various colors.

It should be noted that primrose oil is rarely used in concentrated form. Usually such product is used for severe skin lesions. In this case, the product is always mixed with other oils that have the necessary properties, in a ratio of 1:10.

The drug does not leave any traces on the skin. However, this depends on the oil with which the product was mixed. After all, its composition is about 90%.The properties exerted by such a facility also depend on the base oil. The choice of the main component depends on what disease you need to cure. In mixtures, primrose oil usually plays the role of an additive, which activates the properties of the base material. This feature of the drug has made it popular in the treatment of chronic, chronic and severe ailments of the skin. 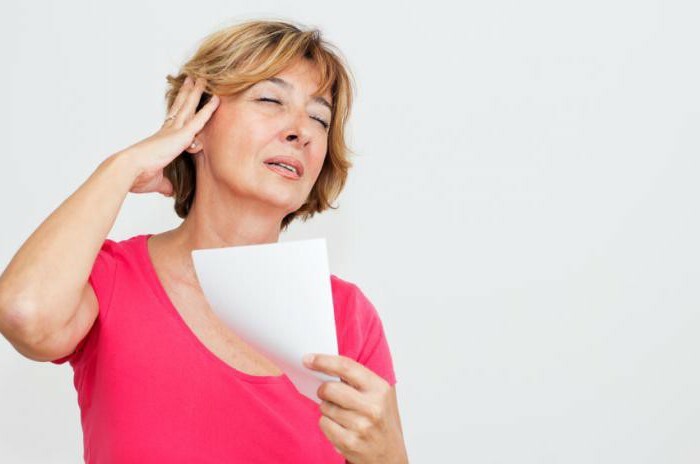 Recently, pharmacies began selling not only bottles of liquid product, but also capsules of evening primrose oil. And it's no accident. After all, the useful properties of this product have been proven for a long time. In pure form, primrose oil can remove irritation. Especially the action of the product is noticeable on dry and flaky skin. It is worth noting that the product produces a softening effect.

Enoter oil gives the skin a healthier look and beauty. It just shines from the inside out. In this case, the product is able to protect the epidermis from premature aging and other changes. Primrose oil has a cleansing-whitening, moisturizing and restoring effect. All these qualities of the product are manifested in mixtures with the basic components of

. Influence on the genitourinary system

Evening primrose oil, the use of which has become widespread not so long ago, has many healing properties. Most of them are manifested with the internal application of the product. In the West, this product is very popular. However, in our country capsules with this oil began to be sold relatively recently. The most valuable quality of the composition is the ability to normalize and regulate the processes occurring in the genitourinary system.

Very useful evening primrose oil for women. After all, the drug can not only get rid of premenstrual syndrome, but also softens the climacteric period. The drug allows us to normalize the work of the urogenital system with various disorders, including cystic fibrosis, endometriosis and menstrual cycle abnormalities. In addition, the enoter oil can eliminate dyshormonal disorders, regulate the ratio and level of sex hormones, restore their optimal production. 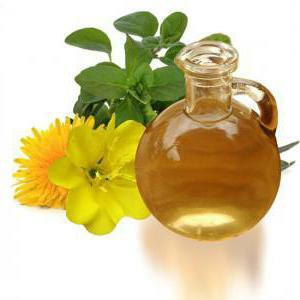 Other medicinal properties of the product

Enoter oil is often used to normalize blood pressure. It perfectly lowers the overestimated figure. It should be noted that the product is also used as a therapeutic and prophylactic drug for atherosclerosis, angina and multiple sclerosis. Evening primrose oil can eliminate unpleasant sensations in the heart, pain syndromes, thrombophlebitis and the consequences of a stroke. The composition is also useful in diabetes, arthritis, eczema and allergies.

In addition, the drug is often used to normalize the nervous system, as well as the production of hormones. Capsules with primrose oil are recommended for taking with various mental disorders, as well as with nervous disorders.

Properties of the composition are simply unique. Evening primrose oil can be used as a restorative in reducing vision, in the presence of inflammatory processes after any disease, for wound healing, for epithelial repair after surgery, and as a result of weight fluctuations. The drug preserves the tone of the skin. 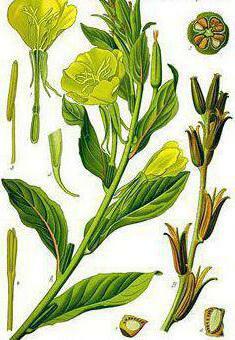 Primrose oil is also used in cosmetology. This substance is able not only to improve the condition of the skin, but also affect varicose veins. The drug allows you to restore, and then maintain skin tone. In addition, the drug has a cleansing effect. It allows you to achieve a smooth texture, as well as get rid of age spots.

Evening primer oil is the best tool for massage. After all, it can enhance the effect of other drugs. Such a tool allows you to increase the therapeutic effect and achieve a deeper relaxation. In addition, primrose oil is a good nutritional supplement and it has a good effect on the condition of the hair. They become more radiant, strong and healthy. It is worth noting that such an additive can improve not only the appearance of the hair, but also restore them from the inside. In combination with other oils, the enoteric allows to solve many problems associated with ringlets, starting with dandruff and ending with loss. Also, the drug can be used to care for the cuticle. 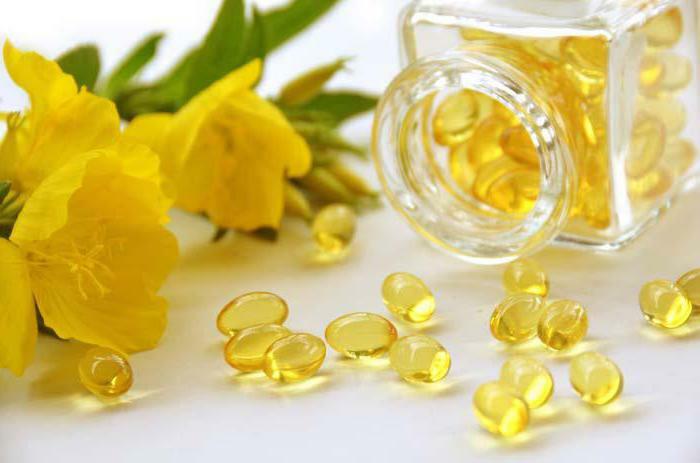 Who should not use the enotester oil

Evening primrose, the properties of which are unique, like any medicinal plant, has certain contraindications. Of course, the application of primrose oil is practically unlimited. An exception in this case is psoriasis. His therapy should be carried out under the supervision of a doctor, as well as in a limited period of exposure.

Do not forget that evening primrose oil affects the sexual sphere. It normalizes the production of hormones and restores certain processes. It is for this reason that experts do not recommend using this drug during pregnancy. An exception is the approval of the attending physician. And this happens very rarely.