"Kompligam": instructions for use, reviews, analogues

The drug "Kompligam", the instruction on which application will be given to your attention further in the article, is a combined vitamin means entering immediately into two pharmacological groups: "Vitamins", and also "Adaptogens and tonic agents".

This drug is used for various diseases of the nervous system and in cases where it is necessary to increase the general tone of the body and its resistance to the effects of unfavorable factors. 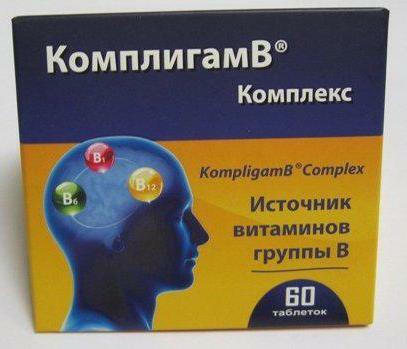 What is included in the "Kompligam" tool

As indicated in the instructions for use with the "Kompligam" preparation, the following substances help the inflammatory and degenerative processes in the CNS:

But in the application of this or similar remedies it should be remembered that these vitamin complexes can not be used thoughtlessly. By appointing them yourself and guided only by positive feedback from acquaintances, you can damage your body, which manifests itself in violations of the liver function, hair loss, as well as in the appearance of acne on the face and body. Decide whether the patient needs the drug "Complymi", and only the doctor can select the appropriate dosage. 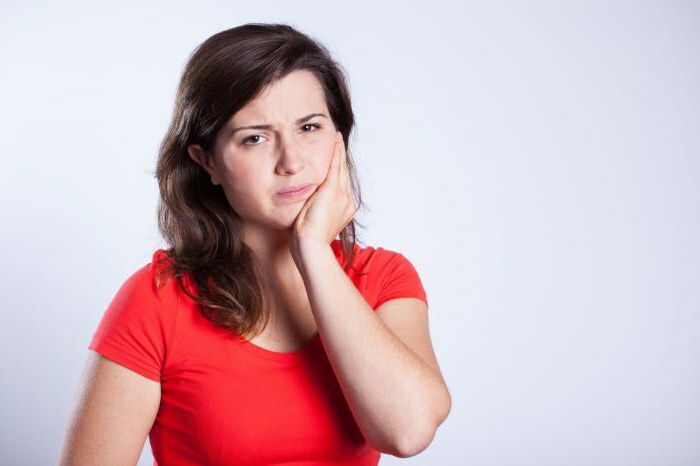 In which diseases is used the drug "Kompligam"

Combined drug "Kompligam"( the instruction to which is offered to your attention), is effective in cases:

Preparation "Kompligam": instructions for use, analogs

The analogs of the described medicinal product also have the properties listed above. They have an absolutely equal composition and approximately the same cost, on the basis of this, doctors advise to choose for treatment the drug that is available at the moment in the pharmacy network. Analogues of the drug "Kompligam" is the drug "Kombilipen", produced in Russia( OJSC "Pharmstandard"), and "Milgamma", produced by the firm "Solufarm"( Germany).

The vitamin complex "Kompligam", as well as its analogs, is available in several dosage forms: as a solution for injections or as tablets. 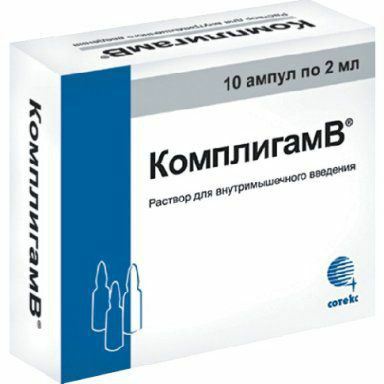 Instructions for use of the described agent indicates that per day its maximum dose for injections is one ampoule of the substance. In the case of severe pain syndrome, this dose is used during the first 10 days of treatment. And then it is significantly reduced by injections in one or a couple of days( one ampoule up to three times a week).

The drug is injected deeply into the gluteus muscle, which allows it to gradually enter the bloodstream and be absorbed optimally. In cases, if for some reason the patient himself must do this, he is offered to inject into the anterior part of the thigh( in his upper third).

How to take a pill "Complly"

On how to take the drug "Compllygam"( tablets), the instruction for use says the following:

The duration of the preventive or curative treatment is determined by the doctor, taking into account the nature of the disease and the severity of its symptoms. Most often it is two weeks, but longer therapy is possible.

To avoid an overdose, long doses are not prescribed for high doses. 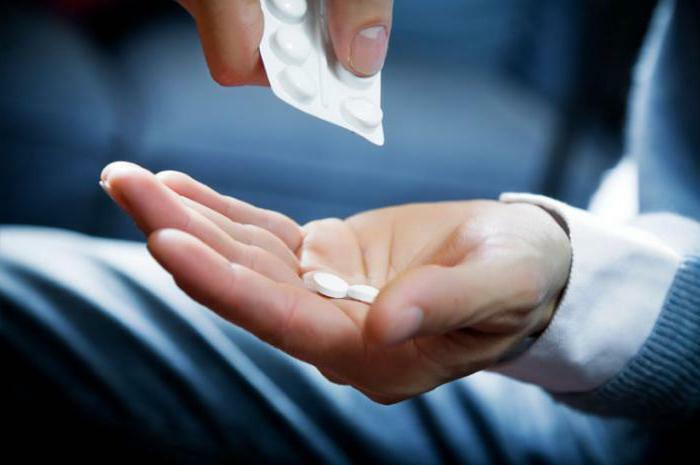 Symptoms of overdose appear only after the simultaneous administration of more than five ampoules of the drug. In this case, the patient may experience convulsions, dizziness, nausea, manifestations of arrhythmia and bradycardia, as well as a sensation of tingling and numbness in the upper and lower extremities.

A special antidote does not have the medicine "Compligam"( the instruction is provided in this article), therefore in case of overdose symptomatic treatment of the patient is carried out. If necessary, he is placed in a hospital. But, as a rule, the excess amount of active substances of the described drug is already excreted in the urine within 24 hours. 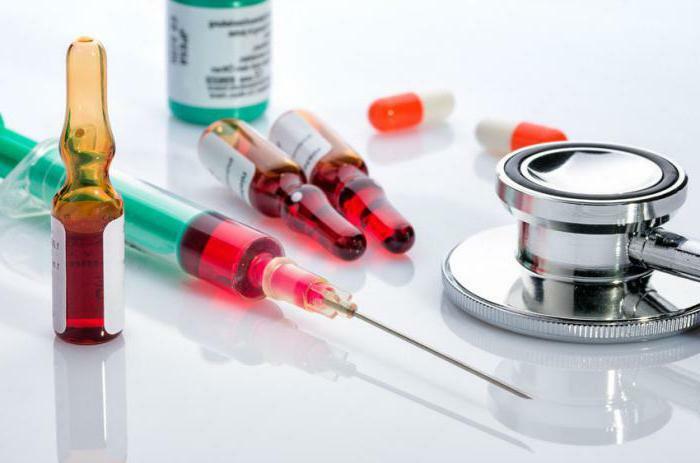 Contraindications for the use of the drug "Kompligam"

There are some limitations for the use of injections or "Complgam" tablets. Thus, the described vitamin complex is not prescribed in cases when the patient is diagnosed with heart failure in acute or decompensated form, as well as in cases of present hypersensitivity to the components of said drug.

As the instruction on application applied to the drug "Kompligam" emphasizes, it is not recommended to prescribe this remedy to children, because the influence on the children's organism of the components included in its composition has not been studied.

The drug is contraindicated in women during pregnancy, as well as breastfeeding due to the ability of its components to penetrate the placenta and into breast milk.

Patients taking Complyma are contraindicated in alcohol, since it can enhance the action of lidocaine, which is part of the drug, and thus lead to the blocking of the respiratory center, and this is fraught with a fatal outcome. 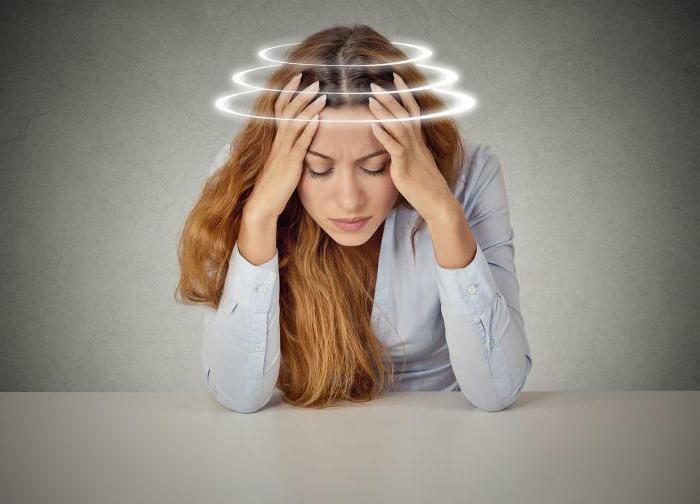 Features of the effect of the drug on the human body

The specific application of the drug is described in detail by the instructions for use attached to the drug "Kompligam".Reviews of doctors and patients about the named preparation also underline its positive impact on the human body.

So, experts pay attention to the high effectiveness of the drug in its complex use in the therapy of a number of pathologies of the peripheral nervous system. Entering into the solution for injection lidocaine allows you to make them painless and, accordingly, comfortable for patients.

Some patients note an increase in general tone, a sensation of increased energy, skin cleansing and a marked improvement in the condition of the hair and nails as a consequence of taking the described drug. One can not but say about the low price for this product( it fluctuates around 300 rubles in the territory of the Russian Federation).

But the drug "Kompligam" has some side effects, which can be expressed in transient disorders from the heart and vessels( with rapid administration).This, as a rule, manifests itself in the form of dizziness, sweating and rapid heart rate. Use of the drug by persons who are addicted to allergic reactions, can provoke the appearance of skin rash and itching. And in some cases, the result of using the described vitamin complex was an acne that appears on the face and chest of the patient.

All cases of deterioration of health as a result of taking this vitamin complex should immediately notify the attending physician in order to review the appropriateness of its use. 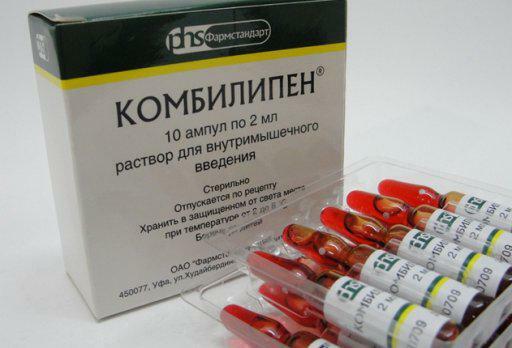 As recommended by the Compligam injection for injection instructions, this form of the drug is best stored in the refrigerator. This condition is due to the fact that the substances that make up the drug are afraid of direct sunlight and require a temperature of no higher than + 8 ° C.

The "Compllyam" tablets can be stored at room temperature, but in a dark place. By the way, the bathroom for this purpose is not suitable, because it has high humidity, and the said product, as well as other tabletted forms, is afraid of moisture.

Shelf life and solution for injections, and "Compllygam" tablets is two years( from the day of release indicated on the package).