Leukemoid reactions - changes in hemopoiesis, similar to the picture of blood in leukemias and other tumors of the hematopoietic system. It should be noted that the specificity of these effects is their active focus and the lack of a transition to oncological pathology. These reactions can be triggered by various kinds of intoxications, tumors, infections, metastases of brain cancer.

The mechanism of development is different for different types of reactions: in some cases it is an exit into the blood of immature cellular elements, in others - increased production of blood cells or restriction of the cells' exit into tissues, or the presence of several mechanisms simultaneously. 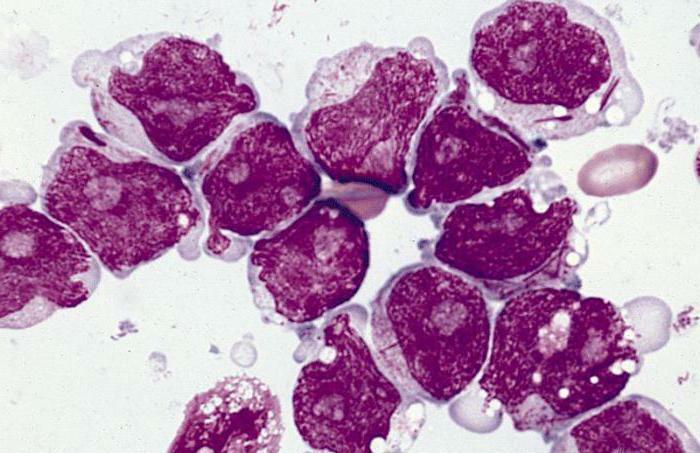 What can be the source of the disease?

There are many factors that can lead to leukemoid reactions. The reasons for their development are as follows:

Species of the disease

The following types of leukemoid reactions are distinguished:

Let's consider each of them in more detail. 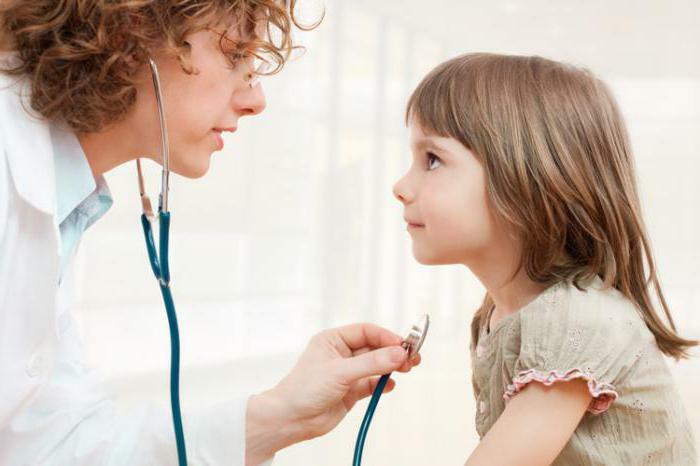 This type of reaction includes such reactions as neutrophilic, promyelocytic and eosinophilic. Leukemoid effects, similar to chronic myelogenous leukemia, are accompanied by intoxications and severe infections. Active leukocytosis in its basis always has a complex process, accompanied by the presence of sepsis, inflammatory foci and an increase in body temperature.

Exposure to excess eosinophils in the blood, as a rule, occur with sensitization to parasites and drugs, allergic diathesis, rarely - with oncological diseases( lymphogranulomatosis and lymphosarcoma).These leukemoid reactions are required in a comprehensive survey to eliminate diseases of the circulatory system and helminths.

Reactive cells are similar to erythremia. Factors of erythrocytosis are often lung ailments with a decrease in oxygenation( oxygen saturation) of blood, kidney tumors, as well as congenital heart diseases. In this situation, computer and ultrasound examination is required.

Mielemia is similar to acute erythromyelosis, which differs only in the lack of blastic red blood cells in the bone marrow and blood. Often, it can be detected with metastases of the disease in the bone.

These reactions are characterized by a significant increase in the total number of lymphocytes in the peripheral blood, which is often responsible for the increase in the liver, lymph nodes and spleen.

This type includes mononucleosis, infectious lymphocytosis, monocyte-macrophage leukemia reactions in children with bacterial, viral infections, as well as parasitic infections and large eosinophilia of blood( for example, in helminthiases). 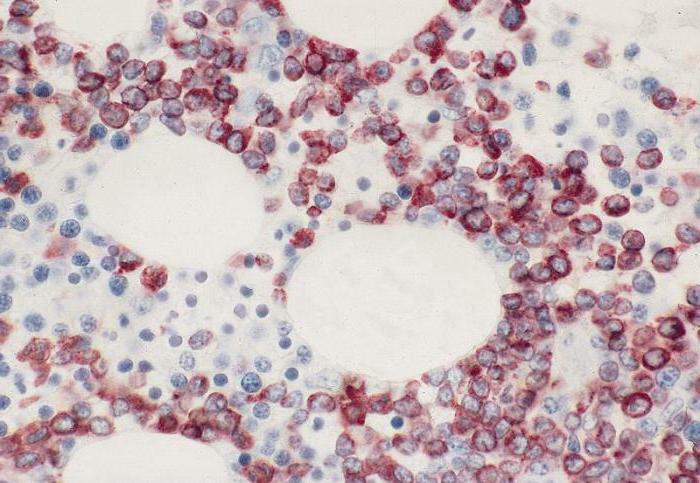 The lymphocytic type is still found in Waldenstrom's macroglobulinemia, inflammatory processes, sarcoidosis. All of the above ailments are treated very hard and can bother the patient for more than one year.

Such leukemoid reactions occur if the patient is just starting to emerge from immune agranulocytosis, the cause of which can be caused by the intake of sulfonamides, "Amidopyrina", "Butadione" and other drugs.

This group of effects is characterized by the presence in the peripheral blood and bone marrow of a considerable number of cellular components with a homogeneous nucleus, single nucleoli and blue, thin, non-granular cytoplasm.

Unlike characteristic blastic red blood cells in these there is no specific soft network and the dimensionality of chromatin fibers. Unstable blastoses disappearing without chemotherapy and related to leukemoid effects are found in newborn babies with genetic chromosome abnormalities( for example, Down syndrome). 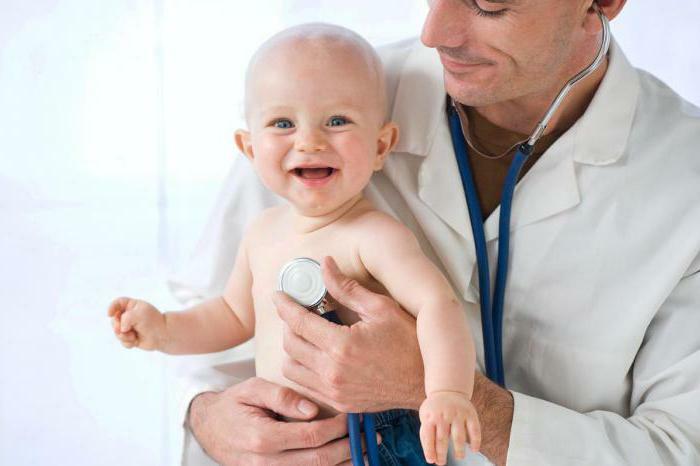 Leukemoid reactions, the types of which were presented above, formed against the background of any pathology, usually do not provoke dangerous complications. Sometimes abruptly appeared thrombocytopenia can be mistakenly regarded as one of the signs of acute leukemia. In the detection of immunoblastic lymphadenitis, the safety of the natural structure of the lymph node, as well as the precisely determined lines of the follicles, is of considerable significance.

differences There are some differences between such exposures and leukemia, namely: 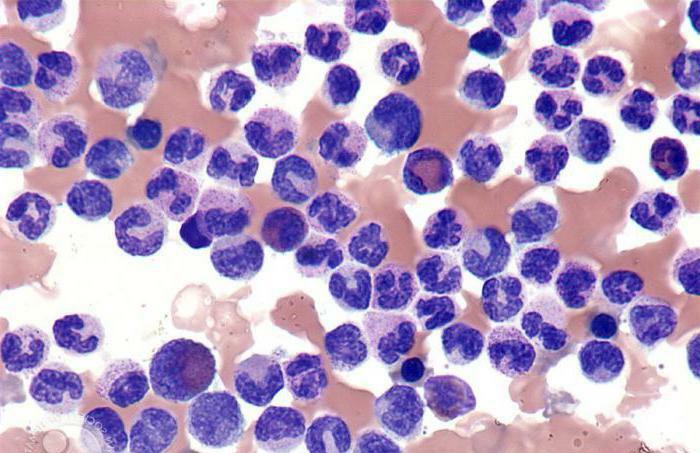 An important role in the diagnosis of this disease is assigned to a pathologist who examines the biopsy material. But in order to avoid an irreparable mistake, the pathologist must collect reliable information about the patient, give him a referral to various tests and prescribe a cytostatic treatment that will remove all the effects of lymphadenitis. If all this is not done, then the diagnosis will be incorrect, and therefore it will be very difficult to cope with the disease. After all, this disease is very dangerous. Sometimes for the details of the conclusion it is necessary to perform a repeated biopsy.

A significant value in the diagnosis is a smear from the exterior of the biopsy lymph node and imprint. With lymphosarcoma, most of the erythrocytes( at least 30 percent) are permanent blast cells. With immunoblastic lymphadenitis, such erythrocytes, as a rule, are less than 10 percent, they are different in terms of basophilia of the cytoplasm and maturity of the nucleus.

The pathohistological diagnosis of lymph node analysis should be very detailed and preclude an inaccurate conclusion. Because the pathologist for various blood tests should clearly determine the diagnosis, and this is reflected in the conclusion. For example, to establish a primary diagnosis of benign lymphomas, in some cases it takes a long time to observe the patient and to examine the lymph nodes again. 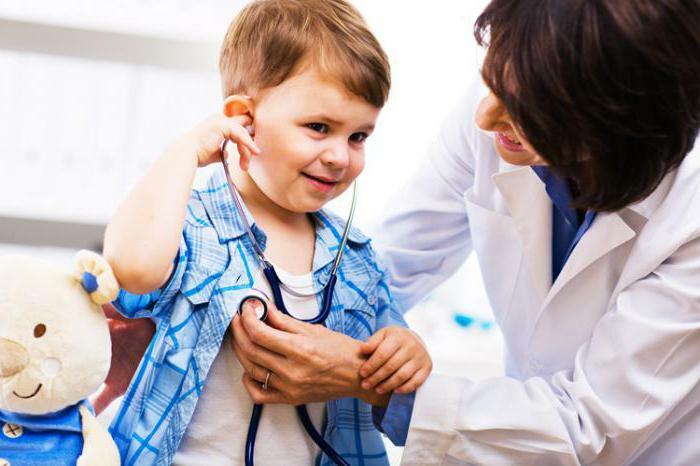 It is also called Filatova-Pfeiferra disease, glandular fever and monocytic angina. It is a viral disease characterized by blast-transformation of lymphocytes, enlarged lymph nodes and spleen, reactive lymphadenitis, the appearance of specific red blood cells in peripheral blood. The causative agent is the Epstein-Barr virus. The basis of the disease is the blast transformation of lymphocytes caused by a particular viral infection.

The clinical situation is different. In mild forms, the state of health due to rhinitis is disturbed. Indicative signs:

The presence in the blood of unique mononuclear cells( more than 10-20%) - cells characterized by the nucleus of a large lymphocyte and a broad basophilic with a lilac-colored cytoplasm with pronounced perinuclear clearance - is considered necessary and sufficient for concluding an indicator of the disease. There are leukemoid reactions in children and adults for several weeks, but in certain situations the normalization of the blood condition continues for months. 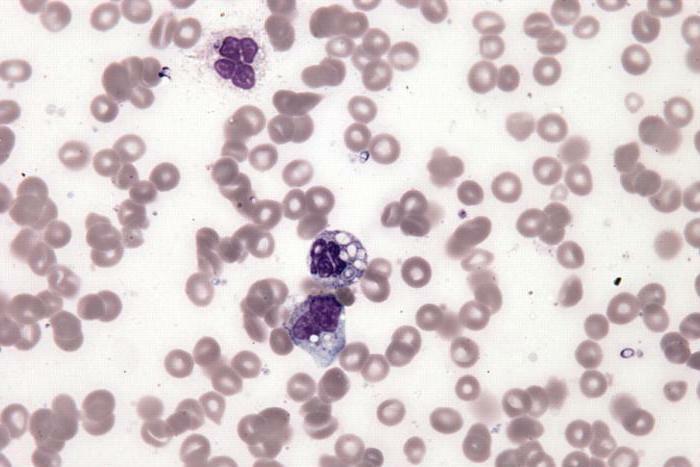 Relapses with lighter flow are observed, sometimes at intervals of several years after the first acute period. Complications can be:

As a rule, patients do not need special medication, because for several days the main signs of the disease disappear and the blood state is normalized. With prolonged illness and poor health of the patient, pathogenetic therapy is used - prescribe "Prednisolone" in a dosage of 20-30 milligrams per day or other glucocorticoid drugs in order to eliminate leukemoid reactions. Treatment in any case appoints only a specialist.

Usually positive: contagiosity is low, and therefore patient quarantine is optional. However, splits of the spleen are very dangerous. Restoration of efficiency is determined by the appearance of signs of a reduction in body volume, as well as the disappearance of angina and normalization of body temperature. If infectious mononucleosis is manifested in the form of hepatitis, hospitalization of the patient is required.